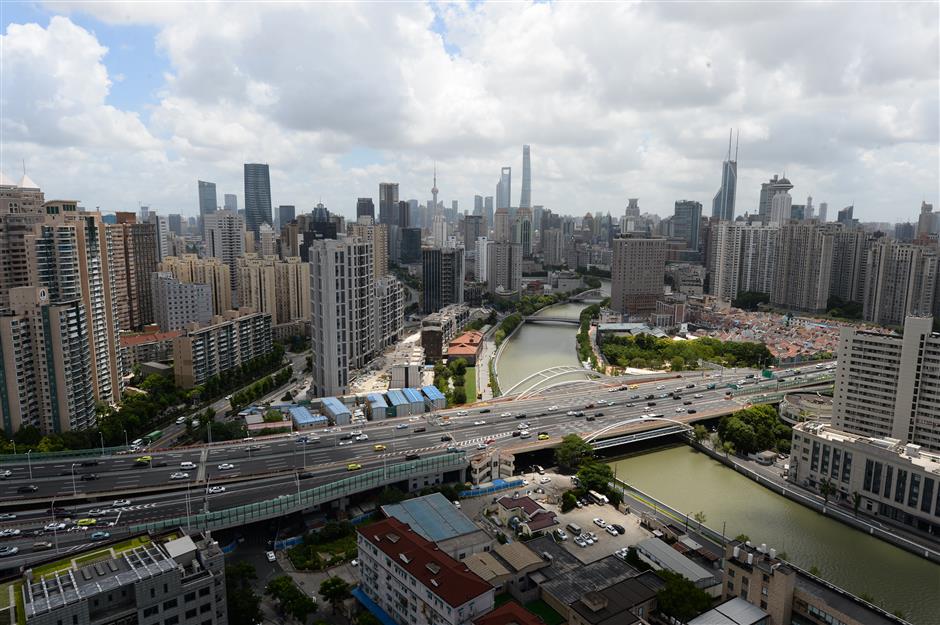 Jing'an District has recently made a five-year plan to fuel the development of its entrepreneurship and innovation corridor.

The corridor was included as the country's third batch of demonstration bases for mass entrepreneurship and innovation as part of an effort to propel reform, stabilize employment and enhance growth impetus and to help advance the construction of the innovation corridor. Jing'an has rolled out 20 reform policies in government service, financing, tax and talent development.

Covering 14 square kilometers, the corridor was built based on the district's "One Axis and Three Belts" layout in which the North-South Elevated Road acts as an axis and links three distinctive regional development belts – Nanjing Road W. at the southern end, Suhe Bay in the central area and areas surrounding the Middle Ring Road at the northern end.

Over the next few years the mission to become a high-standard demonstration base will be continued by forging a complete chain of international digital industrial clusters, gathering some top innovation platforms and fostering some technological startups with global influence.

It is predicted that by 2025 it will have grown to become a high-standard demonstration base, supporting the city's development in becoming a globally influential innovation hub.

In the following five years, it will support World Blockchain Organization, the global fintech innovation center of the United Nations Development Programme and other major international projects expected to be in progress in Jing'an as well as hosting the construction of big data facilities such as Shanghai Big Data Industrial Base and Huawei's blockchain innovation center, and accelerate the R&D of application scenarios.

The corridor will also promote cooperation among universities, communities and creative parks, construction of multi-layer innovation spaces from incubator to accelerator and hold a wide range of activities to boost academic and industrial exchanges.

So far 92 multinational companies have set regional headquarters in Jing'an, and nine of them, such as L'Oreal, Philips and Kohler, have set up innovation centers.

Jing'an has also gathered 43 reputable service providers included in the Globalization and World Cities Research Network, a third of the city's total.