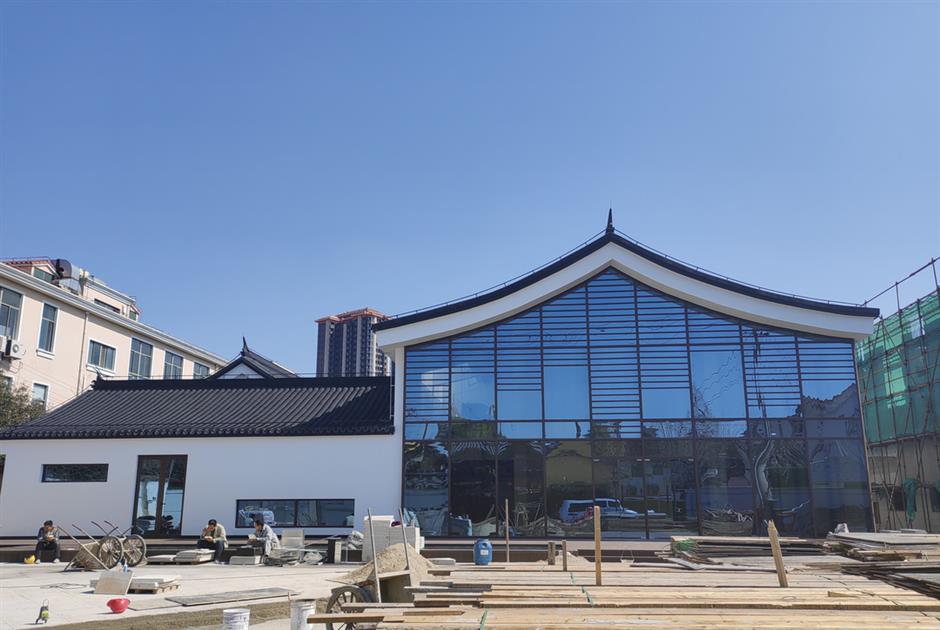 The construction site of Jinshi Museum in Sijing Town

An art museum and a culture space featuring one of China's oldest newspapers in Sijing Town of Songjiang District have seen their major structures completed recently.

The Jinshi Museum at 38 Wenhua Road in the ancient town adopts an architectural style of a traditional Jiangnan watertown, featuring black roof tiles and white walls. In addition to its antique elements, the museum also has modern features like glass and steel structure to express an idea of technological advancement.

Workers have so far completed the major structure and interior decoration. When completed, the museum will house art studios of masters while hosting cultural activities for locals and tourists.

The Shun Pao Culture Space is adjacent to the Jinshi Museum. Concrete pouring has rendered the building a natural roughness.

This year is the 150th anniversary of the founding of Shun Pao (Shanghai News), the most influential and long-lasting newspaper in contemporary China.

Shi Liangcai (1880-1934), a press magnate and proprietor of Shun Pao, was a Sijing local resident.

The Shun Pao Culture Space, not far from the Old Residence of Shi Liangcai, will become a venue for the promotion of newspaper culture. In addition to its permanent exhibition, it will launch a variety of exhibitions relating to news and mass communication.