Peter Jackson’s 3D documentary film “They Shall Not Grow Old” will hit cinemas across China on Monday.

Jackson, known for the fantasy series “The Lord of the Rings,” points his lens at World War I, with original footage taken from the Imperial War Museum’s archives, and used avant-garde computer restoration technology.

The old war footage, from 100 years ago, is restored in vivid color and strongly depicts the images of the devastating war.

Jackson and his team spent four years producing the 99-minute documentary. It was condensed from several hundred hours of sequences, including interviews with veterans and historians.

It is the first time Jackson has directed a documentary and the film is dedicated to the filmmaker’s grandfather who fought in the war.

Its title was inspired by a line in a 1914 poem “For the Fallen” by Laurence Binyon. The film aims to provide audiences worldwide with an insight into the experiences and emotions soldiers faced in the cruelty of war. 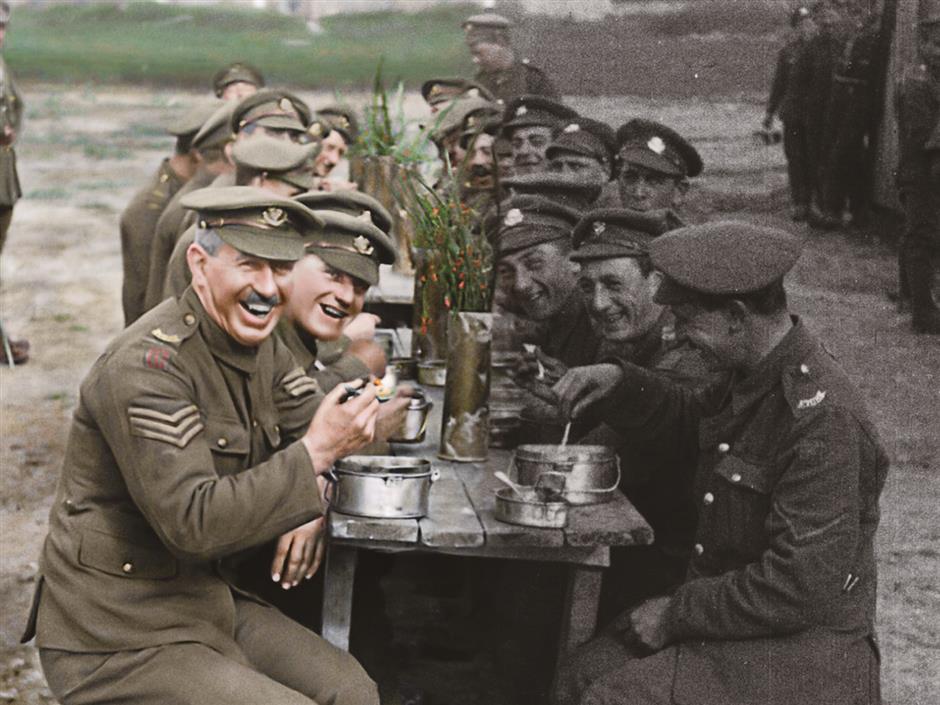 “They Shall Not Grow Old”