Traditional Chinese theater arts and intangible cultural heritage have now become new inspiration for online series and streaming variety shows. Most of them cater to the tastes of the younger generations.

Many viewers are amazed at two recent productions on iQiyi in which Peking Opera, or jingju, a traditional Chinese art form, takes center stage. 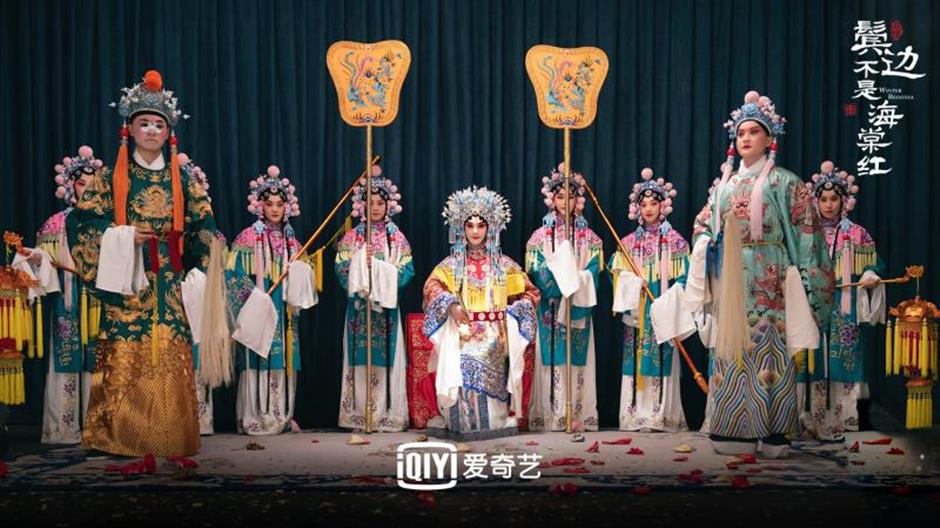 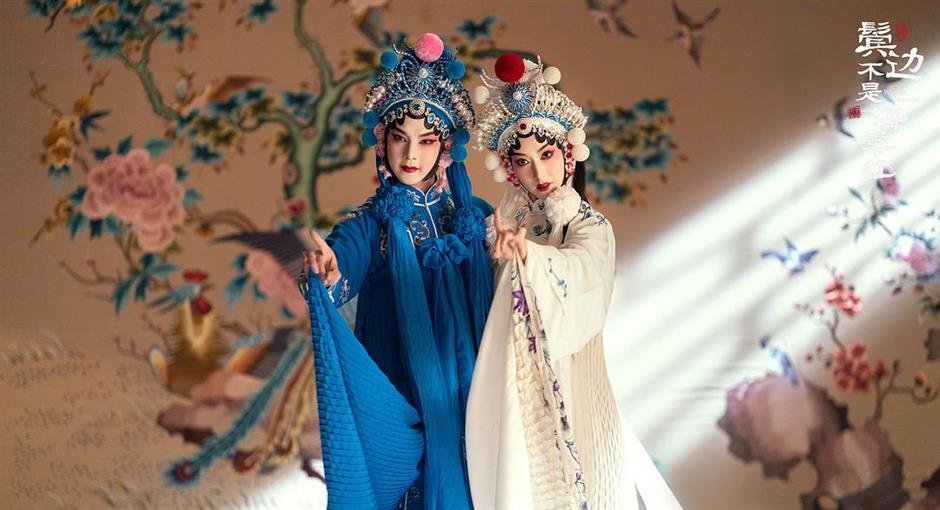 A scene from “Winter Begonia”

Set in the late 1930s in Beiping (former name of Beijing), the series revolves around a group of Peking Opera artists who spared no effort to preserve and promote traditional arts in spite of the surrounding turbulence and war.

The drama features more than 200 costumes, many of which were tailor-made for Peking Opera performances. Craftsmanship of the famous Beijing embroidery, known as jingxiu, also contributed to some costumes that took several months to make.

The 90-year-old Peking Opera artist Bi Guyun, student of Peking Opera master Mei Lanfang, is the series’ artistic adviser. He and his students Yin Jun and Mou Yundi shared their singing, movement and make-up expertise with the opera’s performers.

Set designs in the series are based on the old architectural style of Peking Opera theaters and Beiping royal residences. Antique furniture and ornaments are used to add ambiance to take people back to a bygone era of humanity.

Singing excerpts from more than 10 Peking Opera performances are featured to present classic characters, different roles and martial arts skills in this sophisticated art form, which dates back more than 200 years.

On the screen, subtitles about the background and hyperlinks to the plot summary of events in each of the excerpts are embedded for further exploration based on the viewer’s interest.

It is not the first time producer Yu combines elements of traditional Chinese arts with an online series.

Two years ago, he stunned viewers with his technical expertise behind the camera in “The Story of Yanxi Palace,” a 70-episode period drama set in the reign of Emperor Qianlong in the Qing Dynasty (1644-1911). The drama features the nation’s intangible cultural heritage forms, including dashuhua, a traditional fireworks performance, kingfisher feather art and embroidery.

Famous Peking Opera performer Wang Peiyu, known for her deep and mellow voice in the theater’s laosheng (old male) role, has made innovative attempts in “Meet You on the Stage,” a new Peking Opera talk show variety.

She lectures about the art form’s development, charm and interesting behind-the-scene stories for young viewers. Wang is optimistic about the growing influence of Peking Opera on young people. Last year, the 42-year-old performing artist presented a Peking Opera concert that attracted more than 1,000 people. 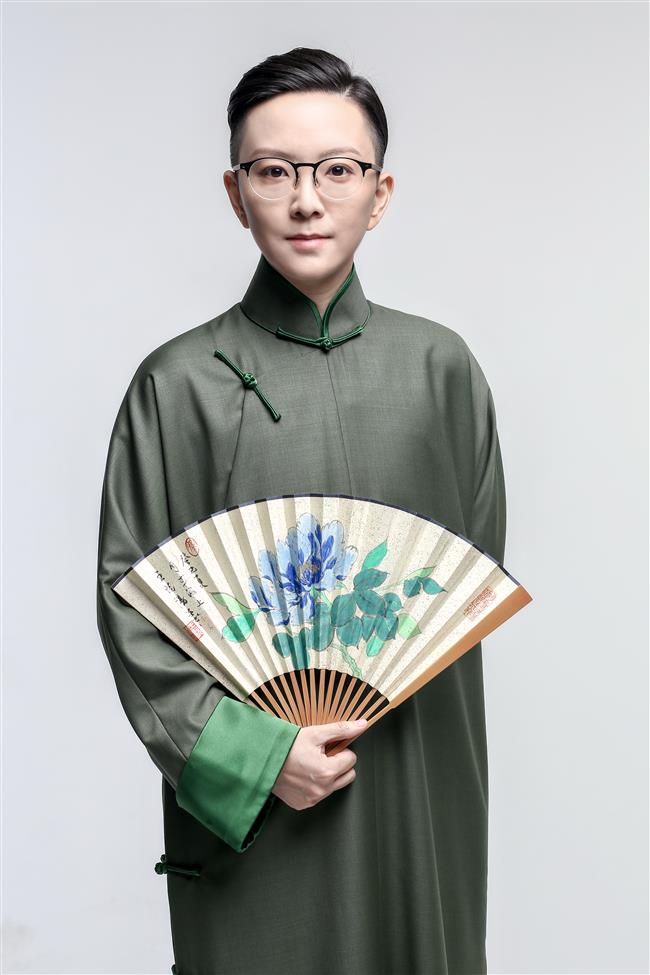 In recent years, many Chinese producers have attempted to incorporate age-old art forms with film and TV scripts.

The 2015 epic series “Nirvana in Fire,” dubbed as China’s “Count of Monte Cristo,” was praised by both domestic and foreign viewers for remarkable Chinese elements and aesthetics.

Industry insiders consider it a good idea to merge traditional culture and arts for a modern, youthful audience. New creative stories will be told from the perspective of traditional aesthetics, while the old art forms will be rejuvenated.