Online detective dramas set in ancient and contemporary China are gaining popularity among the viewers these days.

Based on a successful online novel, the series is set in the Ming Dynasty (1368-1644) during the 14th year of Emperor Zhu Jianshen’s reign. It is centered on a young official and an imperial guard’s collaboration to solve a series of mystery cases and conspiracies for the sake of the country.

As it has been distributed to many foreign countries, including Thailand, Malaysia, Singapore, Japan and South Korea, producers are considering whether to develop film spin-offs, such as mobile games and animation.

Stories of old China give inspiration to many works.

The hilarious suspense drama “My Roommate Is A Detective,” likewise, follows a group of young detectives’ adventures and efforts to solve murder cases.

The series, set in the 1920s, reminded some viewers of the book “Murders of Old China” written by Paul French. The book focuses on 12 murder cases about revenge, passion and corruption, which reflects part of China’s early 20th-century history and lifestyle.

During the airing of the series, innovative and interactive programs are presented by iQiyi to provide insight into the historical backgrounds of the series, as well as the realistic social issues behind the cases.

Netizen “Moon_lyon” said, on China’s film and TV review website Douban, that the recent productions of ancient Chinese detective dramas appeal to a young audience for the blend of comedy and suspense.

Elements of innovative food products and parkour training are also creatively incorporated into the storyline.

The light-hearted series “The Sleuth of Ming Dynasty” is produced by kung fu star Jackie Chan. 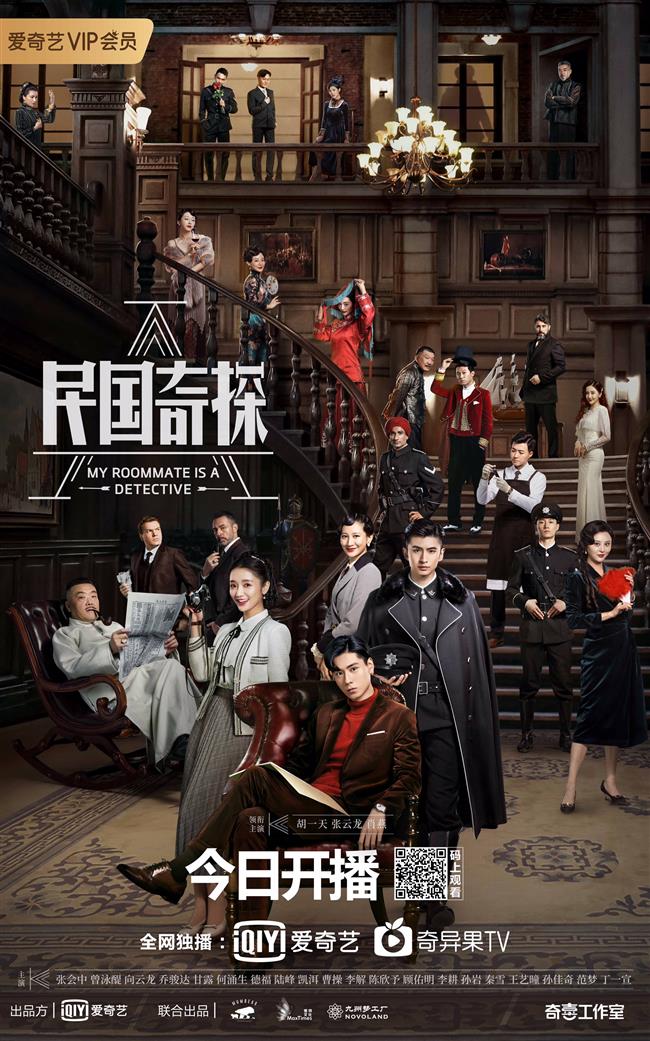 Set in the 1920s, “My Roommate Is A Detective” follows a group of young detectives’ adventures and efforts to solve murder cases.