The 38-episode series chronicles the profound influences of the country’s reform and opening up on the villages’ development. Over the past few years, China has made huge progress in alleviating poverty.

In fact, many villages have shaken off poverty amid the country’s efforts to eradicate absolute poverty by the end of 2020, significantly improving the lives of those in rural areas.

Starring Fan Ming and Dai Lele, the drama revolves around how village officials and local entrepreneurs spare no effort to lift their hometown out of poverty with innovative industrial ideas.

It took scriptwriters Xu Jundong and Ren Yan four years to write the script. They traveled to more than 50 poverty-stricken villages around China to conduct interviews and surveys. They gathered several thousand minutes of audio-visual material. The script, with a length of more than 600,000 words, is based on true-to-life poverty alleviation cases in several domestic villages.

The series features more than 30 characters with vivid and different personalities while heated local issues, such as the local election, relocation and land requisition, are panoramically depicted. Various industrial modes of poverty alleviation, including tourism, education, e-commerce and breeding, are also explored.

The show also records the true working conditions of social workers and the remarkable conceptual changes of villagers from misunderstanding to full support. Stories of modern-day village idols are told in a hilarious and touching way.

Veteran director Shen Yan was the helm throughout the series’ production.

Shen’s credits include realistic dramas “Chinese-Style Divorce,” a series about marriage and love in post-70s and post-80s Chinese generations, and “The First Half of My Life,” a tale of a housewife-turned-career woman following her divorce. Both series were highly rated by viewers. 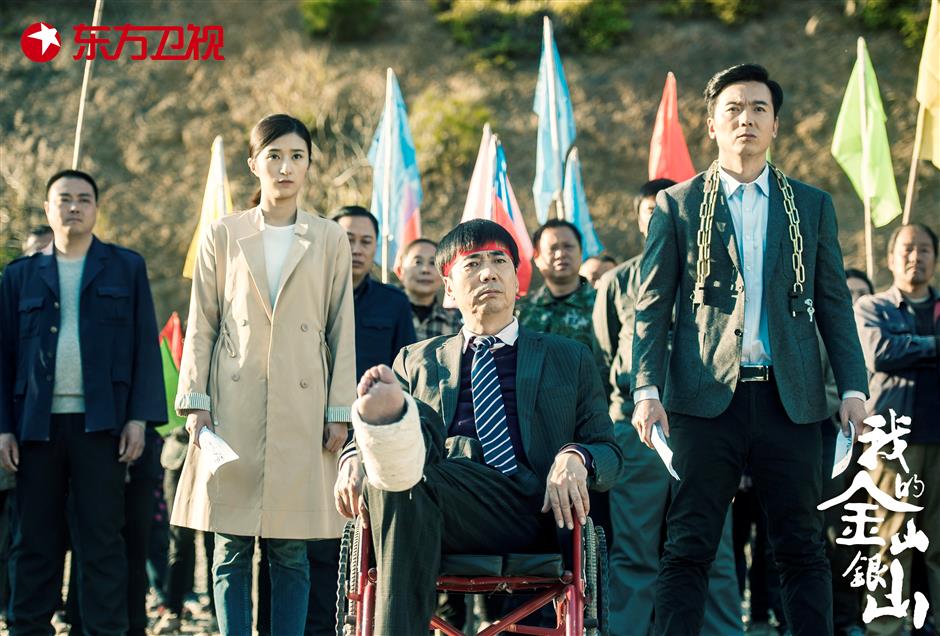 “My Gold and Silver Mountains” records the true stories of modern-day village idols.