The Chinese drama series, “Burning,” based on the work and life of the country’s policemen, debuts on Dragon TV on May 28.

Directed and written by Chen Yuxin, the series features young actors Jing Chao and Zhang Jianing as well as veterans Xi Meijuan and Vivian Wu, vividly depicting three generations of policemen trying their best to solve a mystery murder case from 30 years ago.

The series, told from a youthful perspective, looks to arouse the power of faith, loyalty and dreams among today’s young people.

The murder case, which reveals the intricate relationships and entanglements of three families, changes the lives of forensic expert Gao Sihai and his son, cop Gao Jianshe. A new clue surfaces after 30 years, inspiring the forensic expert’s grandson Gao Feng, also a cop, to uncover the truth.

During his investigation, he discovers the family of his ex-girlfriend may be connected to the murder. In the midst of lies and deception, Gao must resist many temptations and become stronger.

The drama is also a story about the growth of a young policeman and his inheritance of the elder generation’s responsibilities and quest for justice.

Shooting for the drama received support from China’s Ministry of Public Security. Director Chen is well known for the 2019 hit series “The Thunder,” a story about Chinese cops’ anti-drug efforts.

In the eyes of Chen, the series is a story about faith and humanity.

“Three generations of cops never give up searching for the truth despite the long passage of time, risking their lives in the process,” he said in a previous interview. “I hope to show audiences that faith has the power to make ordinary people fearless and great.”

Some scenes in the series are set in the early 1990s. To truly capture that time period, Chen attaches great importance to the authenticity of details, such as costumes and props. In fact, the old-style police uniforms are tailor made. 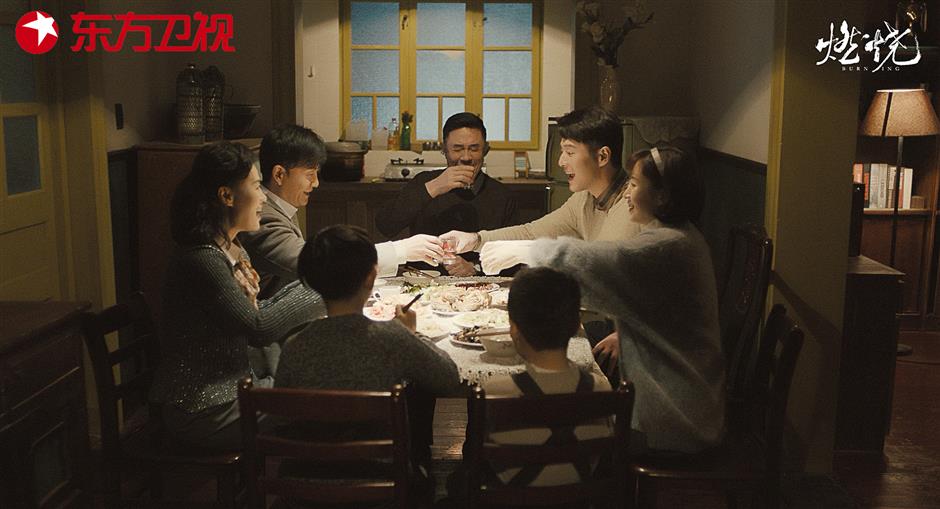 TV series “Burning” tells the stories of the country’s policemen.