Shanghai Dramatic Arts Center reopened on Friday after a four-month shutdown due to the novel coronavirus outbreak.

Along with having temperatures checked and showing health codes, audience members are required to wear face masks during the performances. The center is also following government requirements to reduce seating to 30 percent of capacity. Only 69 viewers are allowed to watch “Reganmian Zhi Wei,” named after a traditional hot dry noodle dish of Wuhan.

The show is about a couple in Wuhan who are getting a divorce. The lockdown of the city breaks their original plan. Once living separately, the couple have to live together again. Facing endless chores, they recollect the memory of married life, which is just like the rich flavor of hot dry noodles — salty, sour and spicy.

“I really appreciate our audiences who have been waiting for nearly half a year,” said Zhang Huiqing, manager of the center. “All of our staff are looking forward to connecting with audiences again. Life must go on. The door of Shanghai Dramatic Arts Center is always open for the audience.” 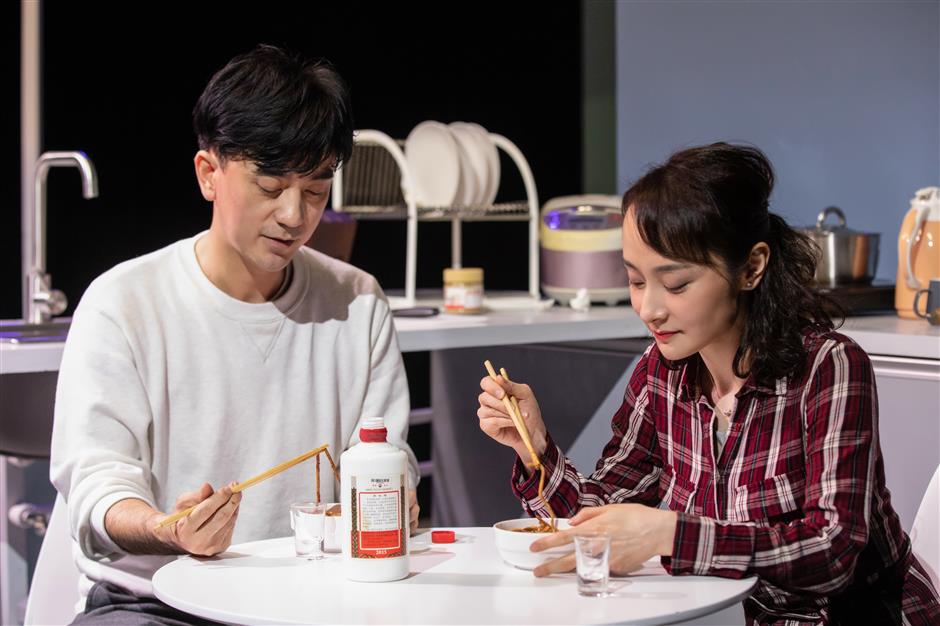 Shanghai Dramatic Arts Center has reopened with a play about a couple living in Wuhan during the lockdown of the city.

The center is introducing an array of new creative products. Among them, three styles of eco-friendly tote bags are quite popular. Designed as lunch bags, document bags and messenger bags, they are made from used posters.

More plays produced by the center will be staged in June and July across the city. These include “The Lie” and “The Truth,” written by French playwright Florian Zeller and directed by Tian Shui.

Based on the true stories of medical workers from Ruijin Hospital who were sent to support Wuhan, a new play will be staged at Shanghai Hongqiao Performing Arts Center from July 1 to 3. Agatha Christie’s “And Then There Were None” will also be performed in July at the Majestic Theater. 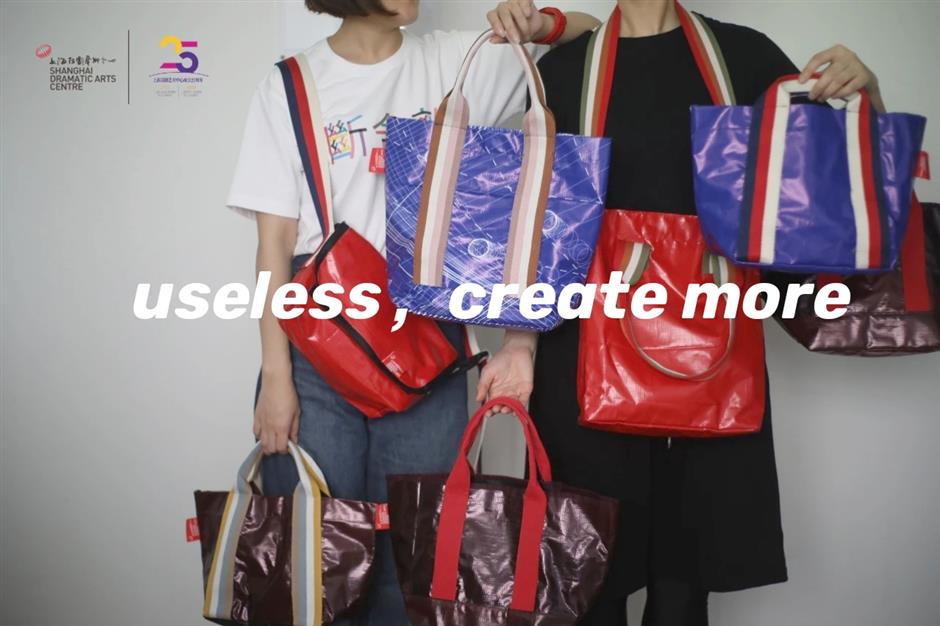