Produced by Shanghai Dramatic Arts Center, a musical based on the true stories of medical workers from Ruijin Hospital, who were sent to support Wuhan during the COVID-19 outbreak, debuted at Hongqiao Art Center on Wednesday night.

The show tells the story of a young doctor who is undergoing career confusion but still signs up to fight the novel coronavirus in Wuhan of central China's Hubei Province. Overcoming many difficulties, she and other medical workers provide support to treatment efforts at the former epicenter of the epidemic. Through the ordeal, the young doctor rediscovers herself.

“I hope the musical can facilitate audiences to respect and love their lives while cherishing medical workers and ourselves,” said Han Danni, playwright of the musical.

The first audience included actual medical workers from Ruijin Hospital. As Wednesday also marked the 99th anniversary of the founding of the Communist Party of China, 22 front-line medics who are new Party members took an oath before the performance.

“The play is very true, especially our spirit of teamwork,” said Chen Erzhen, vice president of Ruijin Hospital, who headed the third medical team to Wuhan. “The fourth day after I came home, Shanghai Dramatic Arts Center invited me to tell our stories. We chatted for more than two hours. I hope the play allows audiences to know how hard-won the success was.”

Combining songs, dialogues, acting and dance, the musical is a form of theatrical performance that tends to resonate with audience. Tian Shui, Party secretary of the Shanghai Dramatic Arts Center, said the genre is popular among young people.

“We don’t want to reproduce pain but hope the public can remember how we overcome it,” said Tian. “We intend to let people think about the meaning of life.” 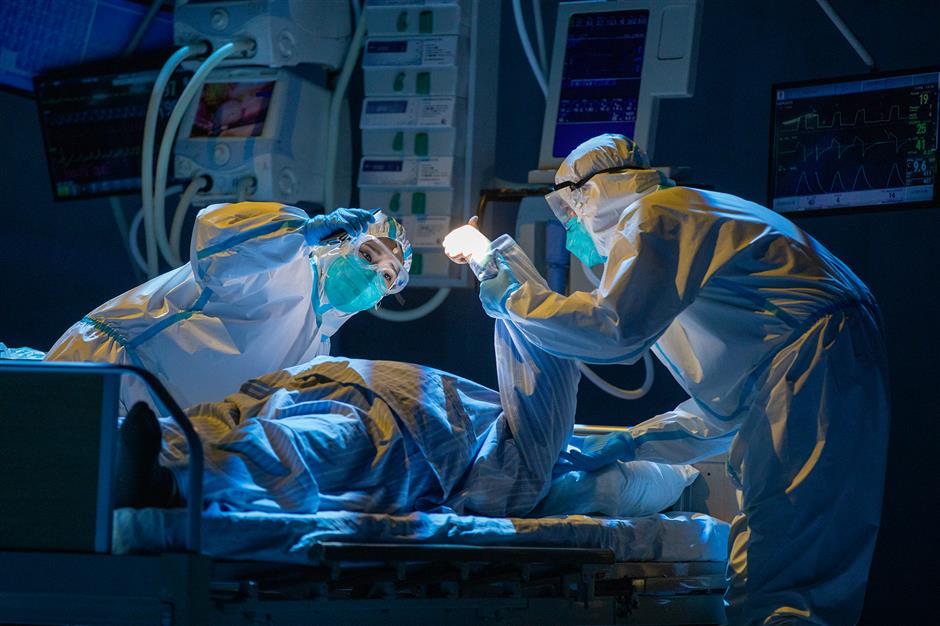 The musical is based on the true stories of front-line medical workers from Ruijin Hospital.