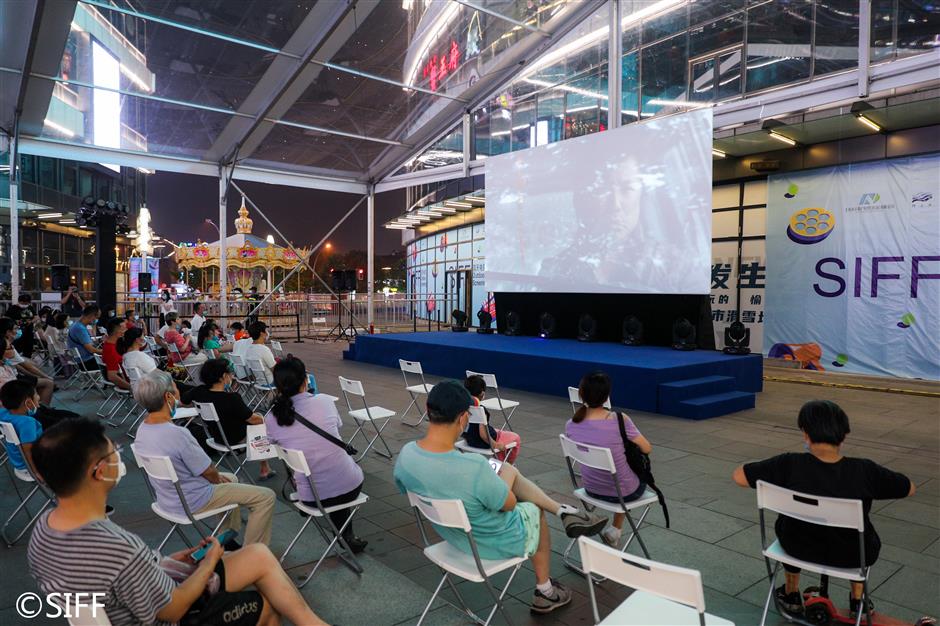 During the festival, around 150 free outdoor film screenings will be presented at shopping malls in Huangpu, Jing’an, Songjiang and Putuo districts, as well as the 36 community centers of the Pudong New Area.

According to Gao Yunfei, deputy director of  the publicity department of the CPC Shanghai Committee, outdoor film screenings will enrich the city’s nightlife and bring the film gala much closer to citizens.

Movies ready to be shown in the following days include “City of Rock,” “Pegasus,” “Animal World,” “The Climbers,” “Ip Man 4” and “Knives Out.”

Famous filmmaker and actor Xu Zheng said as a native of Shanghai, he feels so proud the city is hosting the film festival and the outdoor screening program.

“Dying to Survive,” a movie starring and produced by Xu, was shown to the public last night.