Suspense thriller “Reunion: The Sound of the Providence,” based on Xu Lei’s tomb-raiding novel, is being aired by streaming platforms iQiyi and Youku.

The 32-episode series, which hit the streaming platforms on July 15, follows three men’s adventures in an ancient imperial tomb.

Leading protagonist Wu Xie receives a short cryptic message from his missing uncle which sends him and his two friends on a rollercoaster of a journey.

Han Zhong, whose credits include martial arts films “Hero,” “House of Flying Daggers” and the historical series “The Advisors Alliance,” is the series’ art director.

The underwater tomb is a mysterious but true-to-life place with stunning architecture and rare marine animals. The leather figurine in the tomb is delicately designed to create a weird and horrific viewing experience for viewers.

The show has already been rated 8.1 out of 10 on China’s film and TV review website Douban.

Hero Wu Xie, literally meaning “The Innocence,” is the main protagonist first created in “The Grave Robbers’ Chronicles,” a representative book series of Xu, who is also the series producer and scriptwriter.

Widely known under his pseudonym, Nanpai Sanshu, the 38-year-old published his first book of grave robbers in 2007. In the following years a series of nine books were published, all of which were bestsellers.

Netizen reviewer Citrus said he is impressed by protagonist Wu Xie’s growth, confusion and family responsibilities in the “Reunion” series as he is now a middle-aged man. 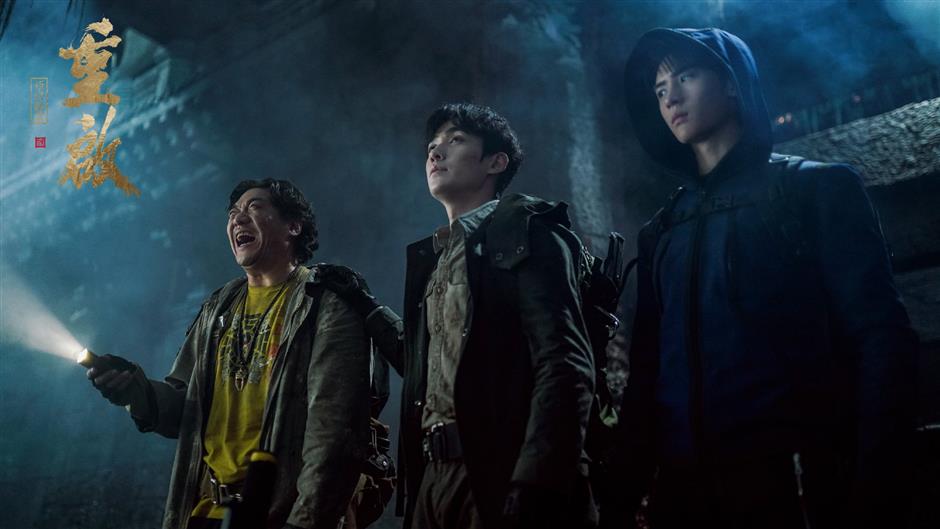