Take a musical ride on the 'Express Romance'

Chinese-Canadian pianist Zhang Haotian will present a piano recital entitled “Express Romance,” and take his audiences on a musical journey on January 22.

Born in Nanjing, Jiangsu Province, Zhang started playing piano when he was 5, and became a student of world-renowned Canadian pianist Sasha Starcevich at the age of 10. He was later admitted to the Mannes College of Music in New York following guidance from Professor Pavilina Dokoska and Vladimir Valjarevic.

He enrolled at the Royal Academy of Music in the UK when he was 20, and was named a Steinway Artist after receiving a dozen of national and international competition awards. He was also the cultural ambassador for the 2014 Youth Olympic Games. 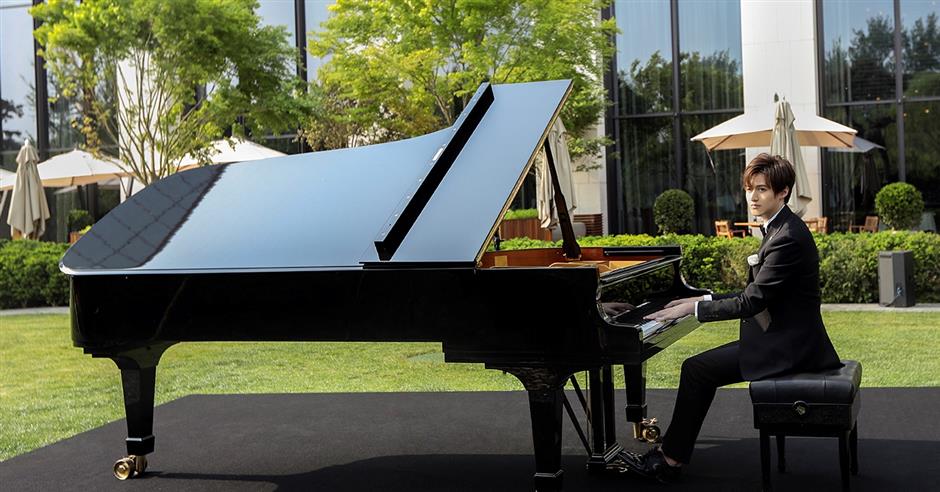 Now in his late 20s, Zhang wants to explore his composing talents and merge his performing techniques and emotions into his own creations.

And what is more, “Spiritual Origin” has been used as music therapy in cabin hospitals during the pandemic as a soothing treatment method for COVID-19 patients.

“Music did play an important role in comforting people in this fickle year,” said Zhang.

“Music therapy is a new area for us. I’m not an expert in that, but I’m really pleased that my music can help others.”

The pianist’s aim is to take audiences on a music journey that involves composers from varied cultures and backgrounds.

Since the pandemic has restricted people’s traveling and socializing plans, Zhang intends to bring the world closer to his audiences with the help of music.