Shanghai Symphony Orchestra brings back the legend of Monkey King

"Havoc in Heaven," a two-episode animation from 1961 depicting the Monkey King's rebellion in the celestial court, is regarded as a classic and one of the best Chinese animated films, having been shown on television for decades.

This Thursday, the Shanghai Symphony Orchestra will revisit the classic with the world premiere of "The Legend of the Monkey King," a symphonic dance. The nine-chapter piece will be accompanied by animated film clips that were approved by the film's producer, Shanghai Animation Film Studio.

The latest piece was commissioned to the famous composer and author Liu Sola, who was 6 years old when the first episode was broadcast.

"Monkey King is a household figure that has influenced generations of Chinese children and teenagers and has been adapted numerous times," she explained.

"The style of the 1961 animation is distinct, drawing on traditional Chinese opera and beats. That inspired me to write a work that revitalizes the classic by using both traditional and contemporary elements."

The Monkey King, the main character in the 16th century novel "Journey to the West," is one of China's most-adapted characters both domestically and internationally.

With a cumulative box office of about 1 billion yuan (US$140 million), the 2015 cartoon "Monkey King: Hero Is Back" earned 100 million yuan in three days and became China's highest-grossing animation that year.

Liu wanted to write a symphonic piece with traditional Chinese rhythms for today's young people. He wanted it to be free of compositional structure and to combine symphonic melodies with rhythms from traditional operas.

Instruments that would not generally be used in a symphony orchestra, such as pipa (Chinese lute) and electric guitar, are included where appropriate. Even Peking Opera beats are extensively used, as seen in the original animation.

Pipa and guitar are used to highlight the fight when the Monkey King goes to get his golden-banded staff and fights the fish and shrimp soldiers of the Dragon King of the East Sea. 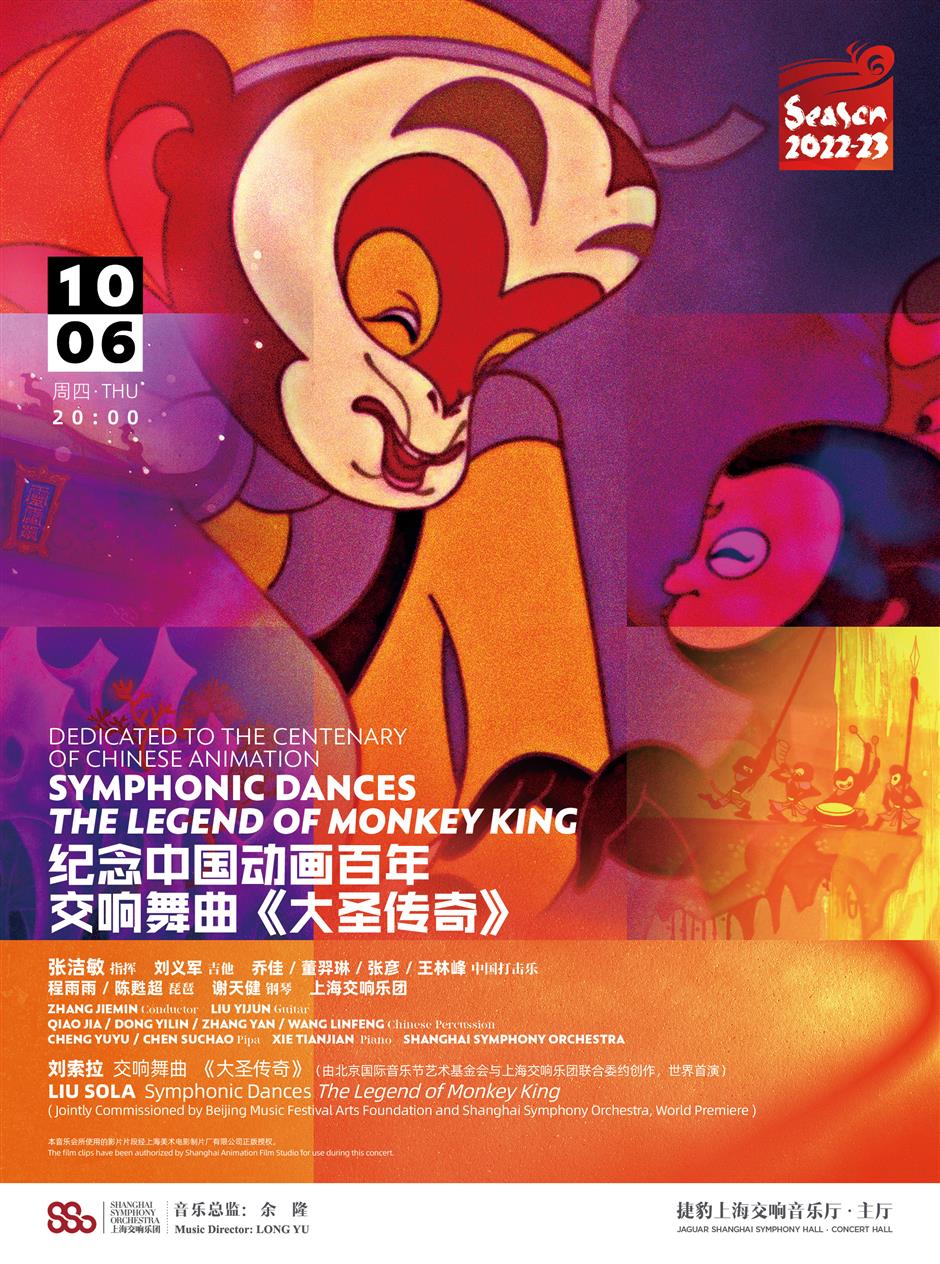