Veteran music and TV emcee Lin Hai was named the producer of the original musical. He invited jazz musician Li Quan, to take the role of musical director for the production.

The musical centers on a group of young people taking part in a reality TV talent show, in hopes of kick-starting their careers. Their integrity is challenged when they are asked to compromise their art for ratings. The protagonists struggle to uphold their values in the face of growing pressure. 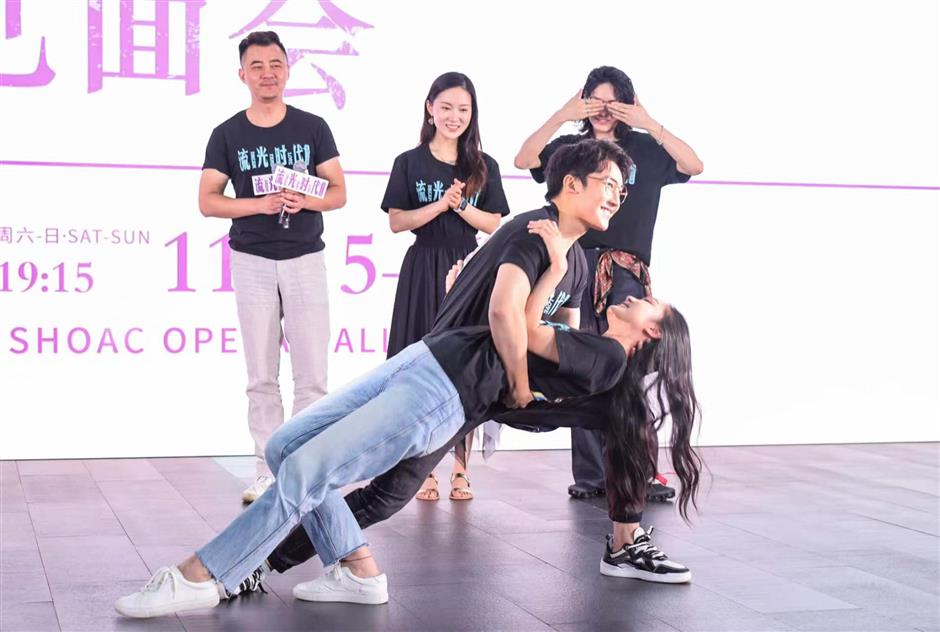 Playwright Wang Tong, formerly a reporter before joining reality TV production, used her observations and experiences from the entertainment industry when writing the musical.

"It's a work of realism, which answers some of the questions about our industry", she said. "There are hidden rules. If you accept them, they may eventually end up controlling you. This is what I want to show through the musical."

Most of the 30 actors and actresses have had real life experience in TV talent shows. It has helped them better prepare for their roles and portray their characters.

Musician Li Quan has written 14 new songs for the musical. The songs are featured in various genres including pop, rock and jazz.

"The songs are catchy. I hope at least two or three of them will stick with the audience when they leave the theater", said producer Lin Hai.

According to Lin, the performers will welcome the audience at the entrance of the theater, to create an intimate and immersive atmosphere. The audience even has a chance to partially decide the development of the plot. 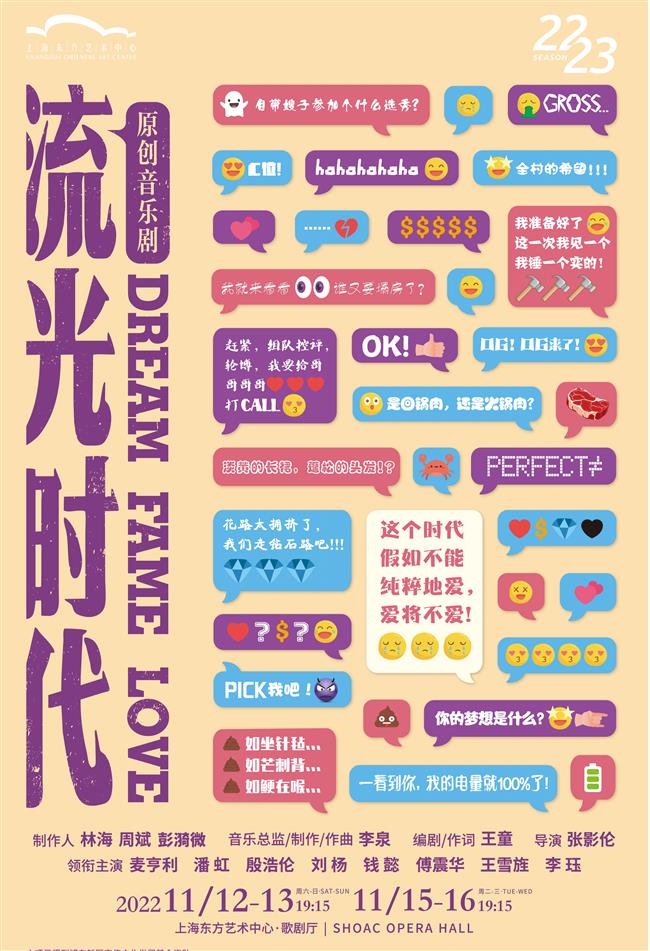 A poster for "Dream Fame and Love"