The 15th China International Cartoon & Game Expo (CCG EXPO 2019), which closed its curtain on July 8, attracted more than 350 exhibitors from home and abroad at the Shanghai World Expo Exhibition and Convention Center.

This year, the exhibition area covered 60,000 square meters, Around 48,000 people assembled on the first day of the fair, many of them cosplayers, comic fans and figure model collectors.

With the full support of the Ministry of Culture and the Shanghai government, the CCG EXPO is not only a carnival for ACG fans, but also an incubation center for Chinese cartoons. A series of forums and panels shed light on the tasks of cultivating and promoting China’s animation industry.

This year’s CCG EXPO continues to curate the best of comics, toys and gaming content with exclusive events, meet-ups, signing sessions and cosplays (a Japanese import that has become a CCG signature). 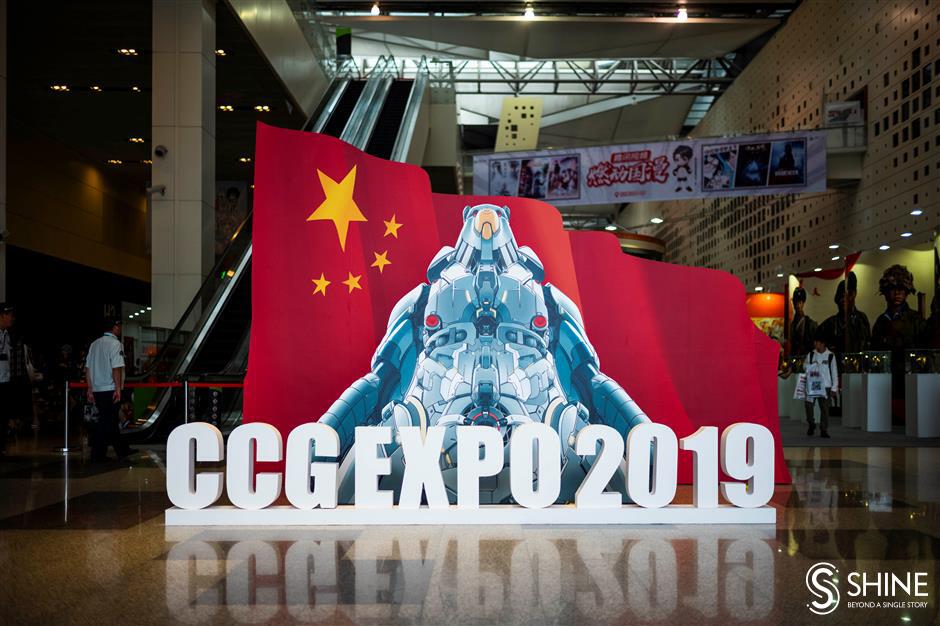 One of the initial reasons many went to this event was to join fans around the world for Marvel’s 80th anniversary and celebrate eight decades of incredible storytelling, ground-breaking art and inspirational super hero characters. The following things were some highlights:

1. Iron Man: No visitor to the exhibit can afford to miss out on this 5-meter-high Iron Man, which is probably the most remarkable statue here. Even dead, he is a hero.

2. Room Escape: Look at the epic line for the Marvel Room Escape. Marvel has truly mastered the art of patience, just like making people wait for trailers at the end of each film.

3. Limited edition of Marvel heroes: The 1:6 ratio hero collectables will surely make Marvel fans wish that, with a snap of their fingers, all of these would “blink” back to their homes! 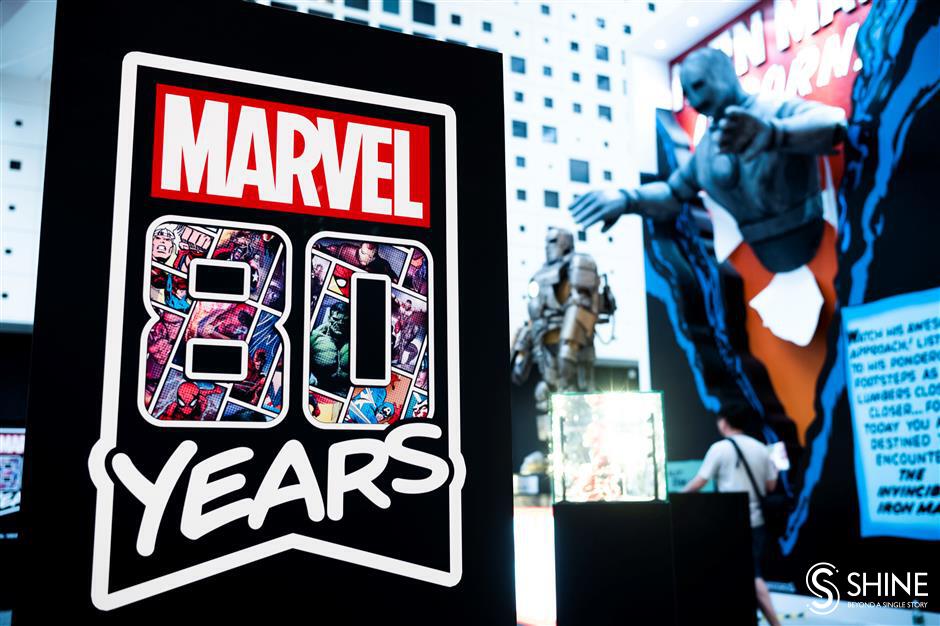 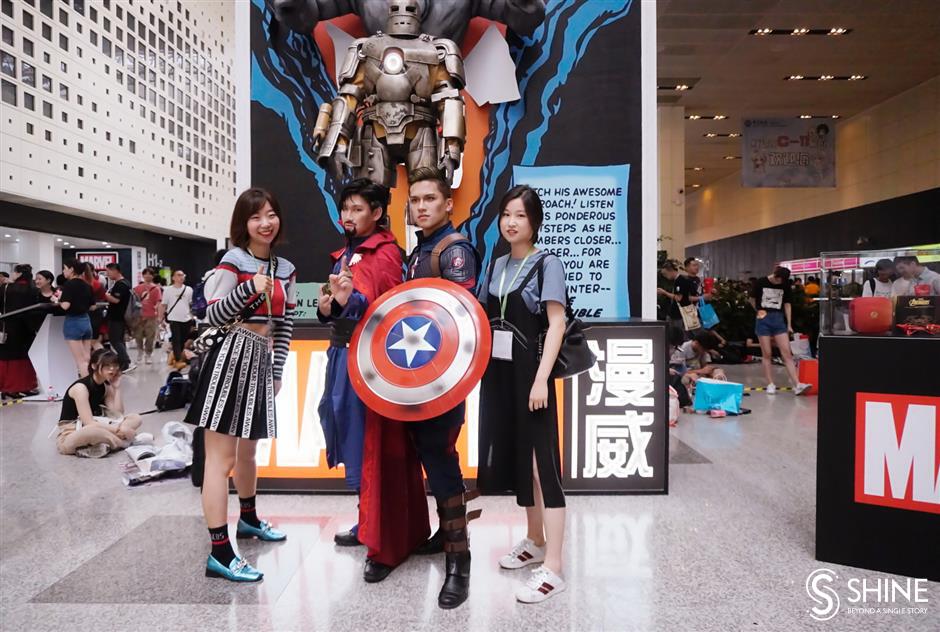 Over the years, the CCG EXPO has witnessed the continued boom of the Chinese comic-cartoon-game industry. Domestic animation, featuring local indigenous culture, has a strong presence at this year’s CCG EXPO, and took center-stage on July 6.

A special section was curated to demonstrate the development of local animation over the past seven decades since the Wan brothers produced the first Chinese animated feature film “Princess Iron-Fan” in the 1940s.

Later on, generations have been devoted to showcasing traditional Chinese cultural elements, which are “appreciated by audiences around the world as well as at home,” said Gong Jianying, deputy chairman of the China Animation Association.

In addition to the exhibitions and shows, the annual CCG EXPO is where you can take a peek or join the fray to get a collection of exclusive and latest merchandise on show. From comics to games to toys and collectables — expect to see lots of limited edition offerings you’ve ever wanted at the CCG EXPO. 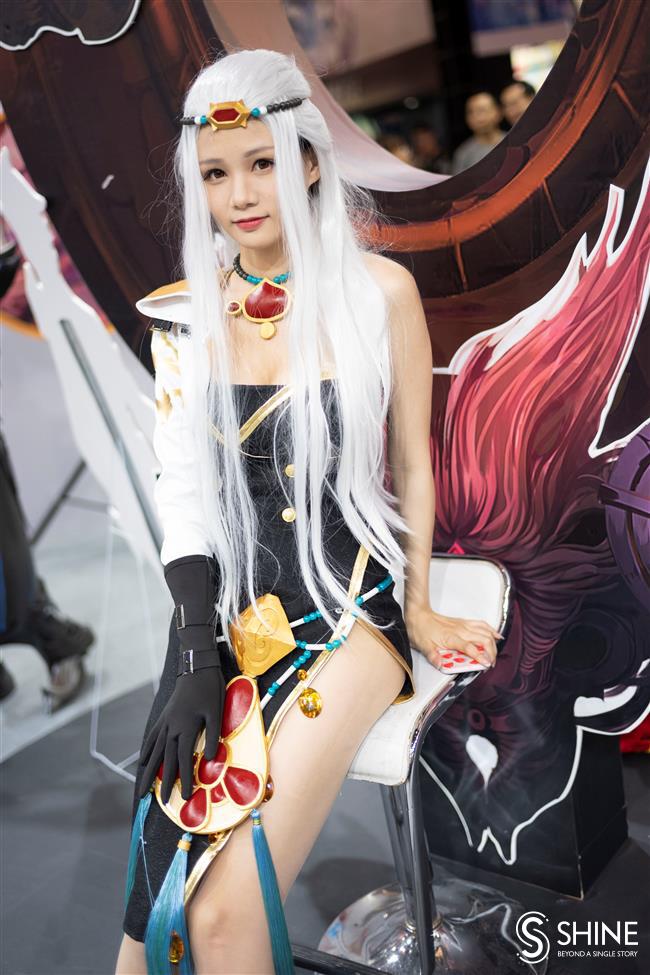 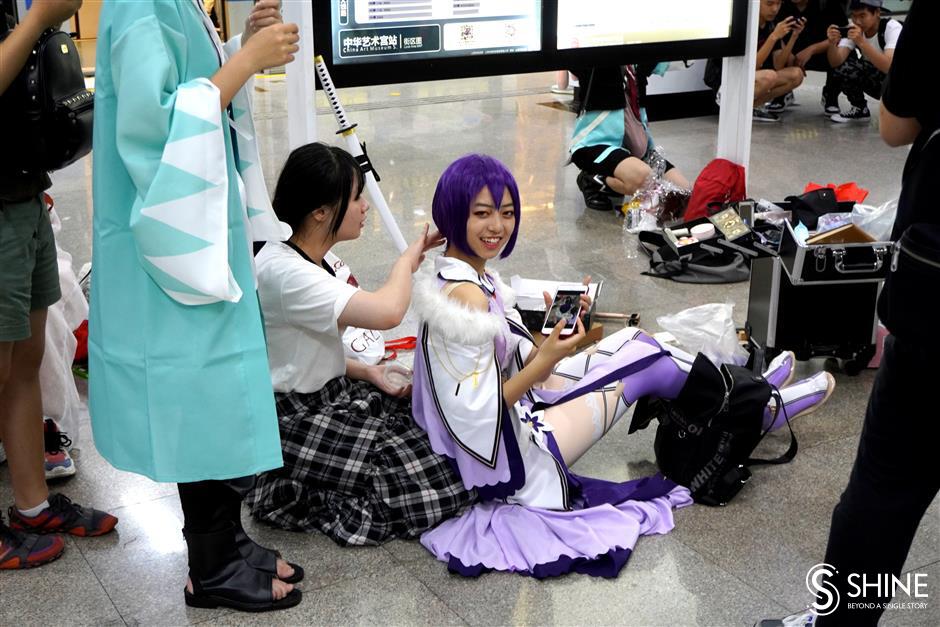 Cosplayers do make-up at a nearby subway station. 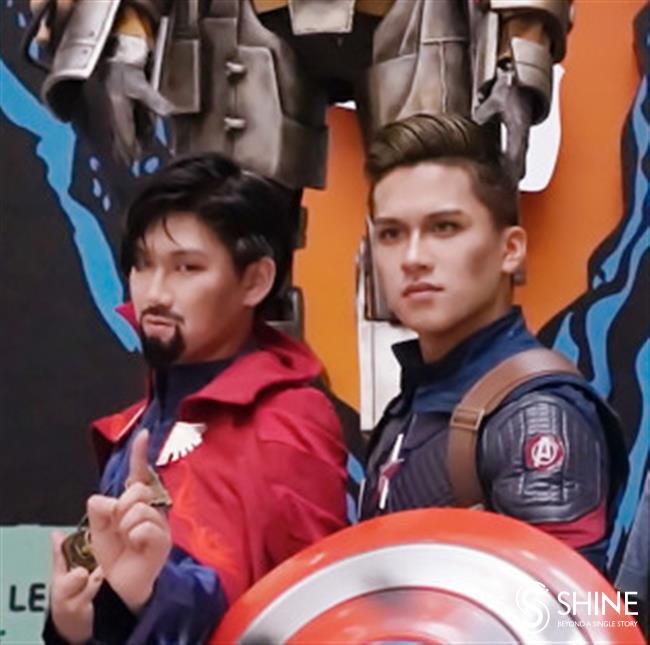 iDEALShanghai: What’s the greatest difficulty when it comes to being a cosplayer?

Zhangyuge Dakeng: Because I’m not handsome enough, my mak-up didn’t turn out as good as it could have. In my mind, it just reached the pass line, but not amazing enough. My false beard is splitting, and I can’t let it split.

Jiujizhizhuzhangpake: I am a new cosplayer, I didn’t find the clothes and accessories for today on Taobao, so I made them by myself. It was difficult to find the materials, especially for me, a beginner. 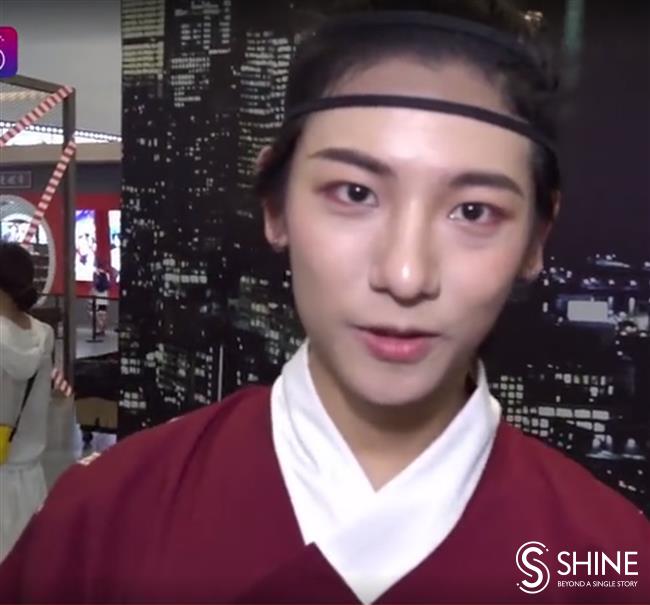 iDEALShanghai: Can you introduce your role?

Lu Tubai: I’m not playing any cartoon characters today, my costume is a Chinese ancient style. Wearing Chinese ancient costumes and reviving the culture has become increasingly popular, especially among the younger generation.

iDEALShanghai: What do you think of Chinese cartoons nowadays?

Lu Tubai: Whether the painting style, the story board or the plots, Chinese cartoons are much better than before, we are catching up with Japanese cartoons, so I hope they can get even better.

iDEALShanghai: Can you recommend one of your favorite Chinese cartoons?

Lu Tubai: My favorite Chinese cartoon is The Outcast by Chinese comic book artist Mi Er. It’s a story about a person of extraordinary talents.

Special Reports
ADVERTISEMENT
61908
,
Guide for overseas Chinese students during COVID-19 pandemic
A cemetery that celebrates life and death
Nile threatened by waste, warming, dam
Enchanting abode in idyllic tranquility
Connecting nature, culture and people with design
Fancy footwork: An embroiderer finds her niche
How overseas Shanghainese go through outbreak
Counseling eases psychological toll of outbreak
'Support troops' guard the doors to the city
A guardian of the light ... and of hope for Wuhan
EXPLORE SHINE