Shanghai in summer: Pianist in tune with memories of childhood 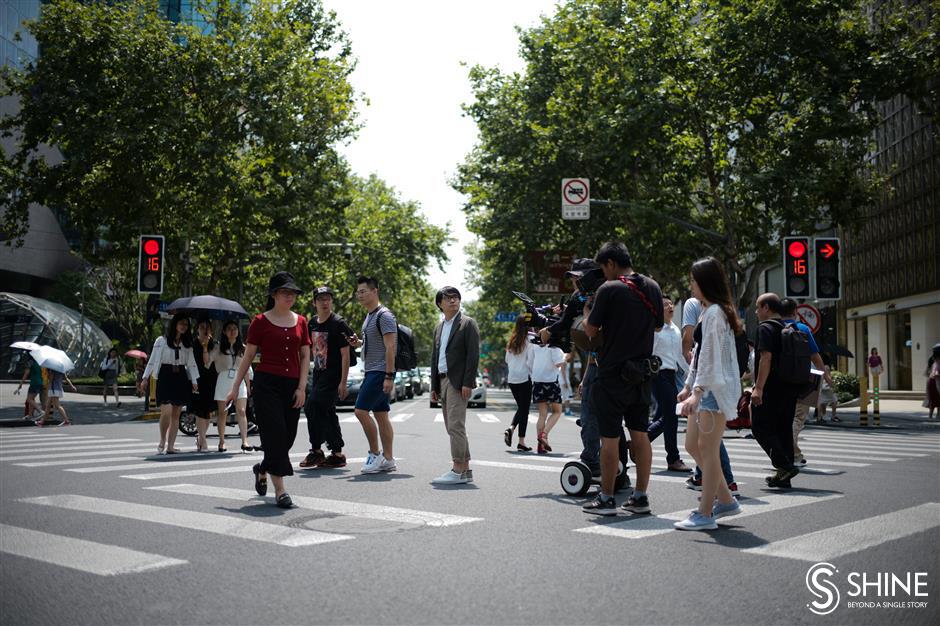 Pianist Song Siheng at the center of a crossroad

Highly acclaimed Shanghai pianist Song Siheng has appeared in a short film, part of a series “Shanghai, Through the Seasons.”

The films showcase the four seasons through the memories of the five senses by various professionals.

Born in Shanghai in 1981, Song shared his summer memories of the various sounds in his hometown in the first film, “Summer in Shanghai.”

Song is known for his innovative work.

Last year, he organized a concert where he and two mechanical arms performed variations of his “Rhapsody with Robot” in Shanghai.

“Crossover with artificial intelligence should be a trend for musicians, and the results can be quite interesting,” Song said during an interview with Shanghai Daily, also the producer of the short film series.

His most famous multimedia concert is “Post-80s Time Machine.”

Song recreates anime and game tunes such as Super Mario and Contra people would have heard in their childhood.

“I also like to cooperate with pop singers, for example, I have a lot of cooperation with Chinese singer-songwriter Huo Zun,” he said.

“My own music style is quite personal, although I am a classical pianist, but classical music has lots of styles, you don’t need to keep one style always.”

He always tries to combine the new and old.

The earliest creation was “Nodame Cantabile” in 2009, which was based on a popular Japanese TV drama. After that, he created “Chopin Love” in 2010. A crossover with theater, it told the love story of George Sand and Chopin.

There are also works inspired by literature, such as “In Search of Haruki Kurakami” and “Reading Pakin.”

And there are crossover improvisations, where Song played and a French artist painted on a 2-by-10-meter chalkboard.

His recording will soon be released in Modernsky.

Over the past 10 years, Song has staged many multimedia concerts, not only to change the style of the piano concert, but also present new ideas about classical music.

This is closely related to his overseas study and performance experiences.

In 2002, he studied in France in the Ecole Normale de Musique de Paris with Professor Marian Rybicki. After receiving his diploma of concert pianist, he went on to study with Olivier Gardon in the Conservatory of Paris, and studied privately with Dominique Merlet.

“Most of the local musicians in Shanghai are exquisite in their performance style, and they make a conscientious effort in their works,” he said.

“You can’t define a musician by where they were born, I think the best thing for a musician is that he can embrace everything. For me, I want to create a independent music style, but I also have the characteristics of Shanghai.” 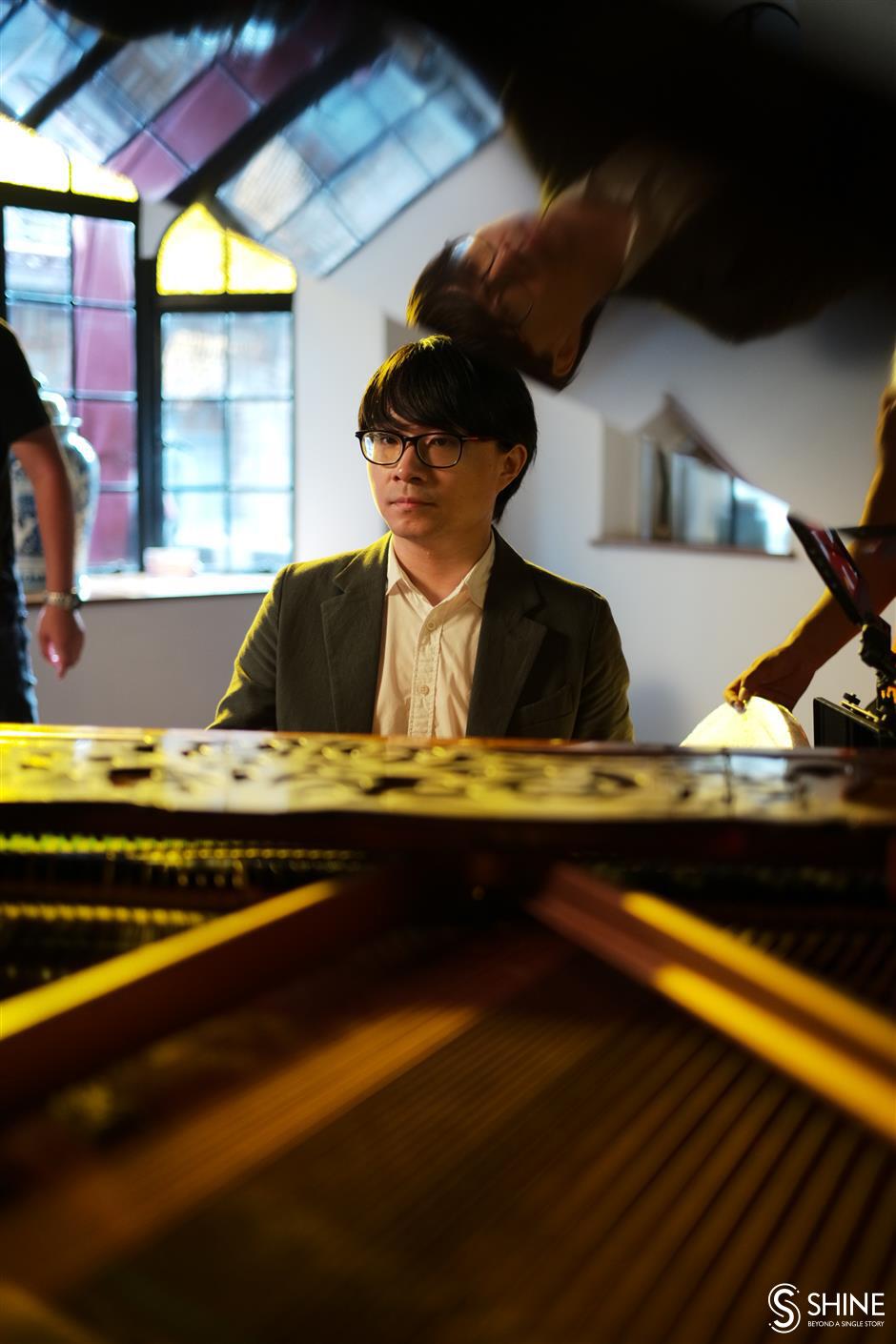 Song Siheng plays piano at Moller Villa, Shanghai in one scene of the short film.

Q: Are there any interesting things to share with us about the shooting of the short film?

A: I think the most surprising thing is that acting is really tiring. There’s a moment in one scene, I was asked to turn my head a little bit on the left, then a little bit on the right, then a thoughtful smile and gaze at the camera. The first time I looked really awkward, but I did it in the end.

Q: What are your memories of summer in Shanghai?

A: It’s extremely hot, a hot and damp feeling. The sun burning on your skin, and the loud sounds of cicadas. But I also recall the summer of my childhood, at the time it felt tough, but when you look back on it you feel happy. I think the video is actually about the sort of feeling you get when you look back upon the summers in your life.

Q: Do you have any favorite summer Shanghai food?

A: In my memory, cold noodles were my favorite. At that time, we didn’t have air conditioners at home. The special summer foods were our “air conditioners:” cold noodles, watermelons, ice pops, and so on. When I was a child, there was a cold drinks wholesale shop on my block. My parents always bought lots of ice pops and put them in the fridge, I still remember the taste.

Q: I’ve heard that you are a Lego lover, is it a way of de-stressing?

A: It’s a way of de-stressing psychologically. But a Lego kit can have 3,000 to 4,000 pieces, and you will take several days to built it, it’s a kind of pressure physically. I always try to do something different. For example, I became an astrophile last year, and have bought a lot of astronomical equipment. 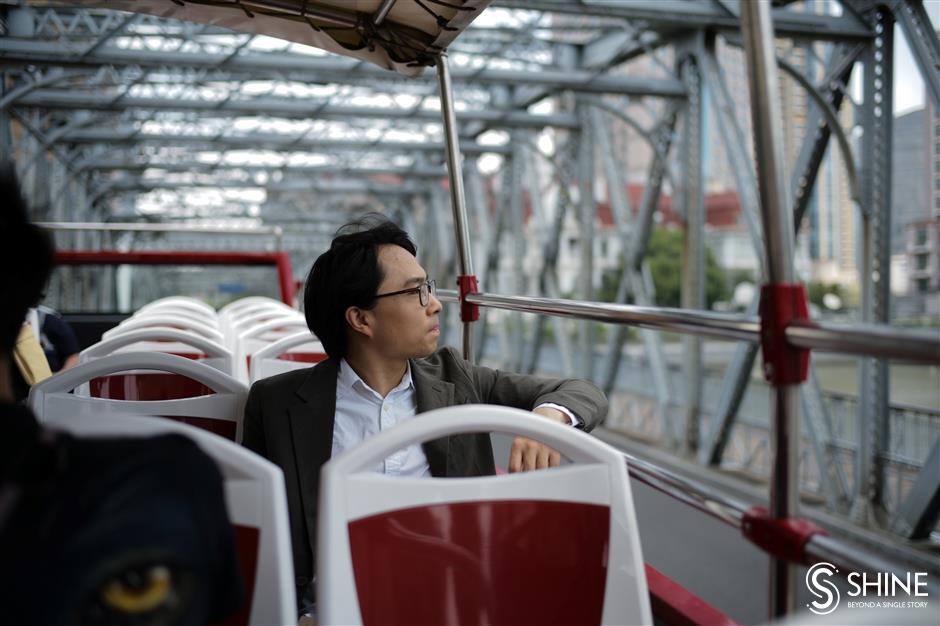 Song Siheng sits on a sightseeing bus to view beautiful sceneries in Shanghai. 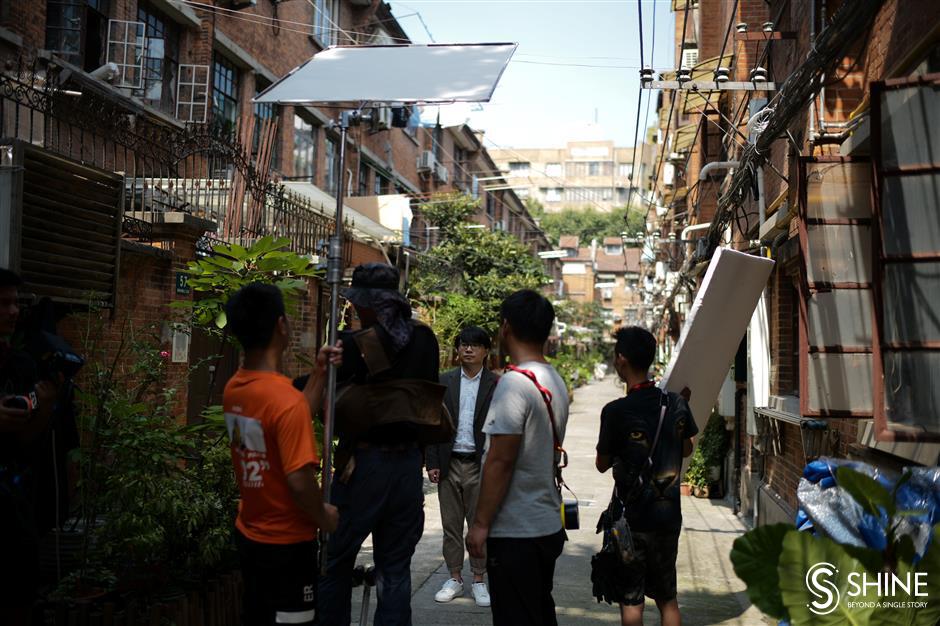 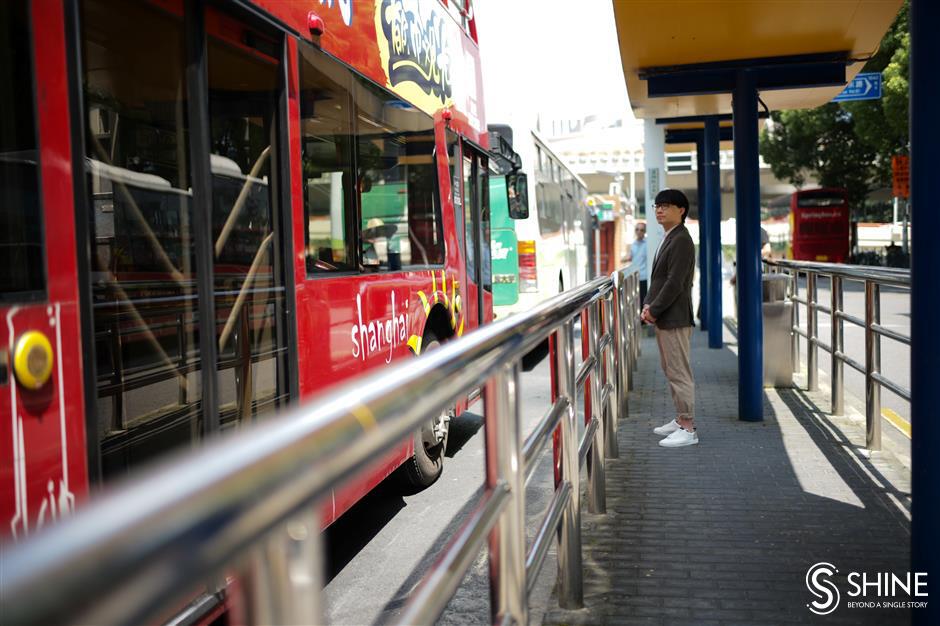 Song Siheng waits at a bus stop on Pu’an Road, ready to recollect his memories of the city’s summer.