Winter is coming – not for Game of Thrones but for the 2022 Winter Olympics!

Companies from leading winter sports nations have booths across all four leaves of clover-shaped National Exhibition and Convention Center, home to the China International Import Expo. 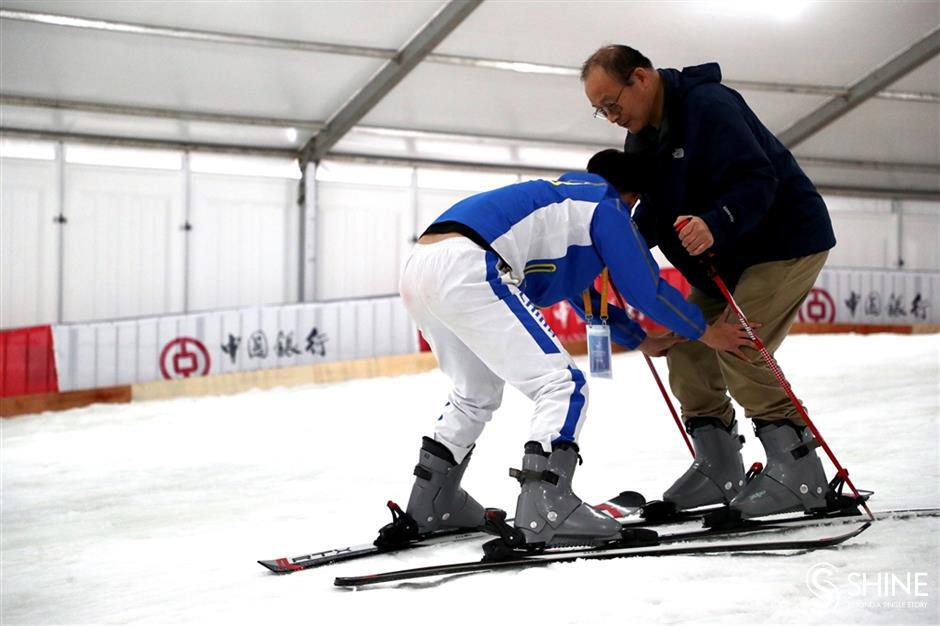 As China is to host 2022 Winter Olympics in three years, companies in virtual reality, clothing, equipment and coaching are queuing up to enter the market, while many who are already there are making hay before the snow falls.

“The winter sports market in China has been gradually moving up and the Olympics will be a turning point,” Tomas Tauchman, general manager of Alpine Pro China, told Shanghai Daily.

The Czech company and official partner of the Czech Olympic Team set up an office in Zhejiang Province in 2004, though their products didn’t debut in market until 2010. The company has seen nine years of steady growth, and now it supplies more than 100 Chinese ski resorts.

“Currently there are about 5 million skiers in China,” he added. “We believe that by 2030 it will be eight times that many – maybe 40 million.” 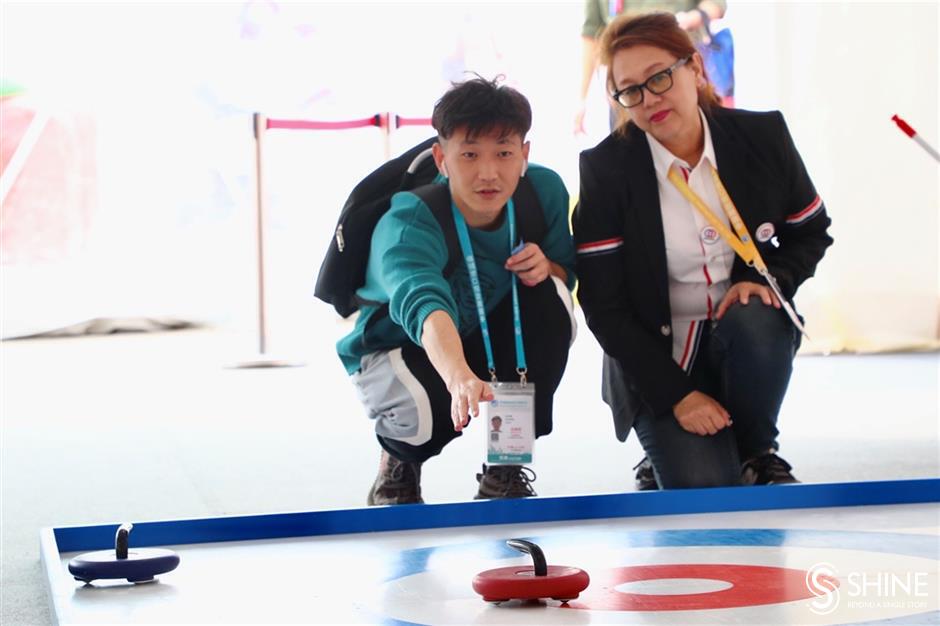 Curling can be played without ice.

His expectation of growth isn’t such a wild dream.

According to the organizing committee of the 2022 games, China’s winter sports market was worth more than USD 50 billion in 2018. It had nearly 800 ski resorts and 600 ice rinks, with more being built every year.

While such sports like skiing or ice hockey were considered luxuries only a few years ago, popularity has risen with government support, and with a growing number of Chinese winter sports stars.

Chinese government has reached agreements with various countries and companies, including one with Finland which set this year as China-Finland Year of Winter Sports.

“It’s not just about selling things to China, but also coaching, teaching, and bringing technology here. So it covers many fields and gives Finnish companies opportunities here.”

Winter has also come in a big way at CIIE, with an outdoor ice and snow sports area in the northern square, attracting hundreds of staff and visitors every day. It includes a virtual reality section, a curling area, an ice and snow fantasy land for kids, a snow field and an ice field and the help of professional coaches.

Club Med, acquired by China’s Fosun Group for US$1.3 billion in 2015, held events in the ice and snow area, signing agreements to establish a ski school and mountain resorts. Club Med already has two mountain resorts in the northeastern provinces of Heilongjiang and Jilin, and are planning a ski academy.

“China is a very important destination and market for us, but we want also to make sure that we can offer to Chinese families the ability to discover the world and to benefit from the exceptional locations Club Med has created in the last 70 years,” Henri Giscard d’Estaing, president of Club Med SAS told the press at the expo. 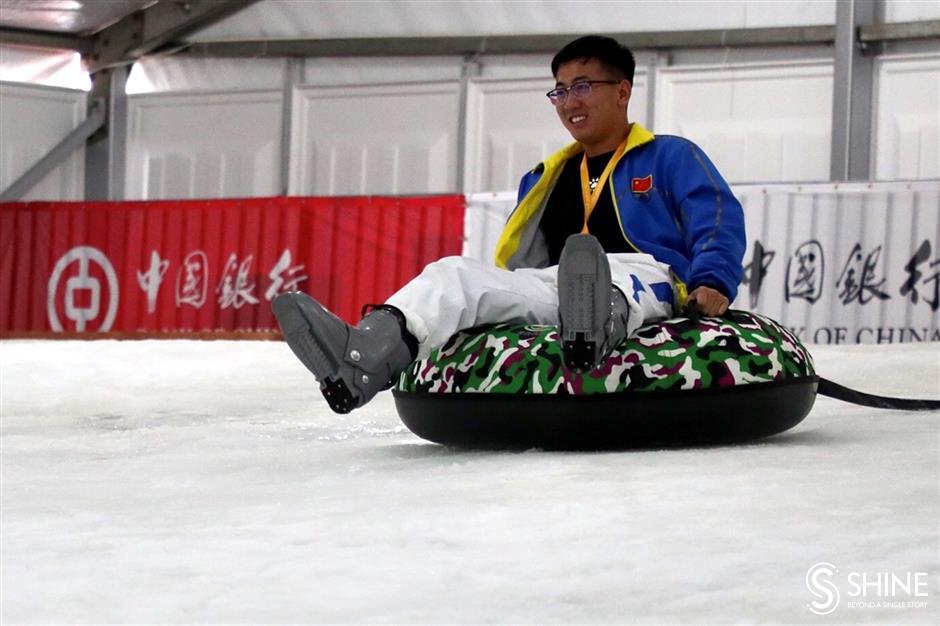 There was plenty of frozen fun to be had. 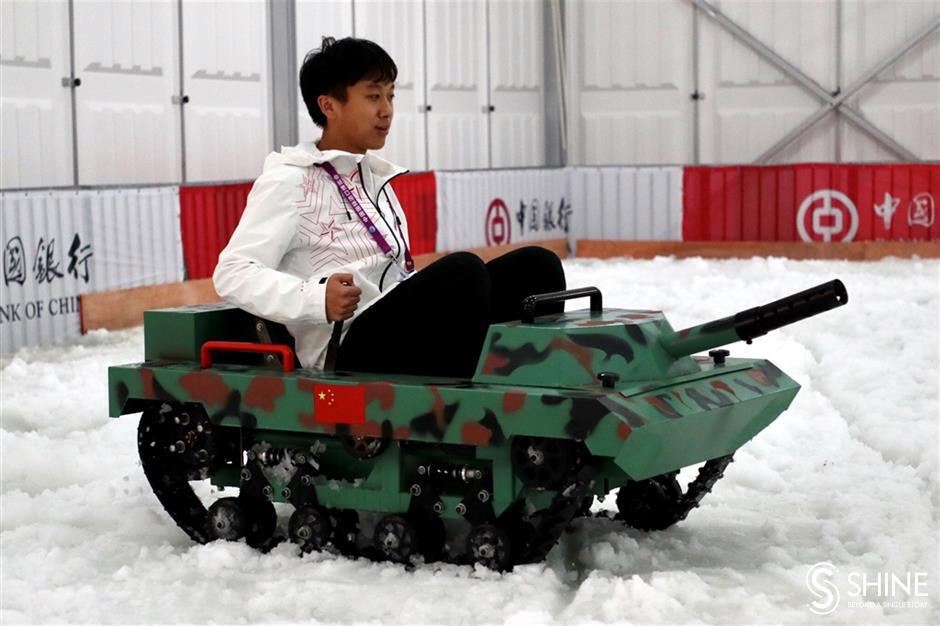 Sports don't have to be a war, but they can be.

Special Reports
ADVERTISEMENT
61840
,
Guide for overseas Chinese students during COVID-19 pandemic
A cemetery that celebrates life and death
Nile threatened by waste, warming, dam
Enchanting abode in idyllic tranquility
Connecting nature, culture and people with design
Fancy footwork: An embroiderer finds her niche
How overseas Shanghainese go through outbreak
Counseling eases psychological toll of outbreak
'Support troops' guard the doors to the city
A guardian of the light ... and of hope for Wuhan
EXPLORE SHINE