Many Chinese brands and factories have started producing medical masks and protective suits as part of the nation's broader fight against the novel coronavirus outbreak.

BONO, a local Shanghai clothing brand located in Songjiang District, is one of them. The company is a subsidiary of Baoxiniao, a famous Chinese brand. To increase the production of protective clothing, university students in the neighborhood volunteered to help out with the packaging. iDEALShanghai joined the volunteers as well, spending a day at work in the factory. 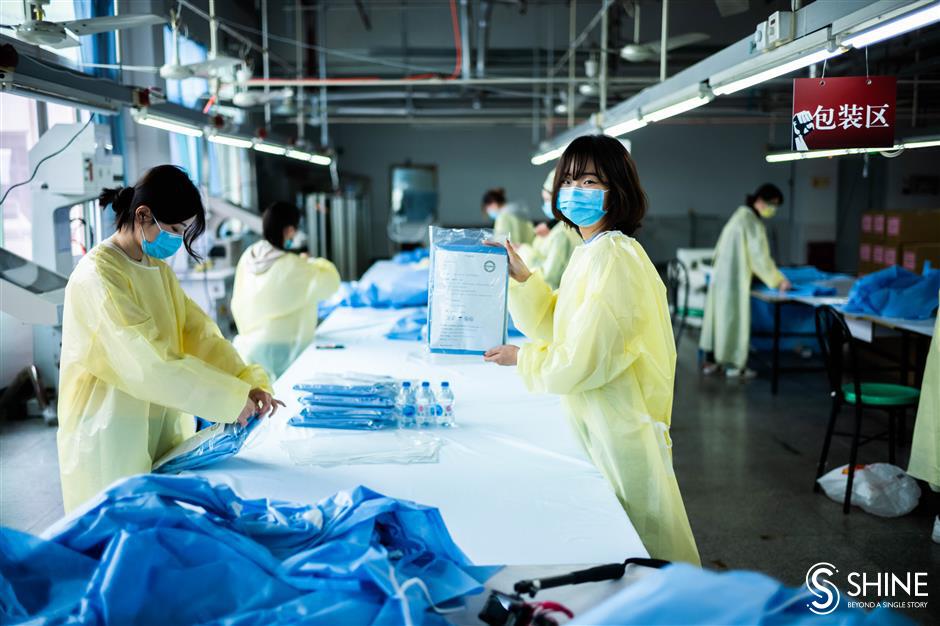 The volunteering work starts at 1pm every day. Before entering the workshop, they are checked for temperature. They have to register both at the out gate of the factory and the front door of the workshop.

The volunteers are given a yellow protective suit after registration before being allowed in. 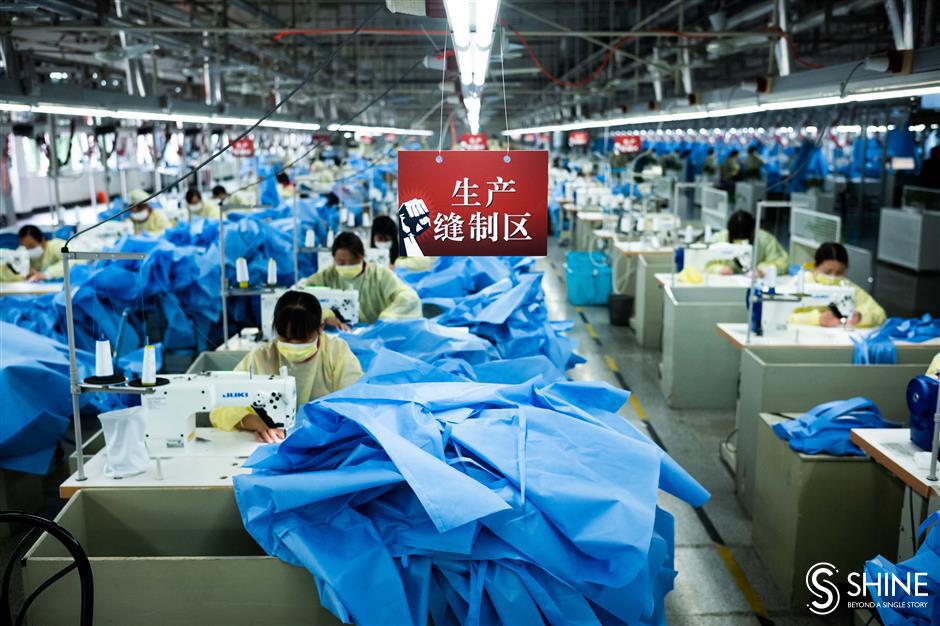 The production line for sewing the protective clothing.

The volunteer area, which is the packaging area, is behind the two production lines.

At present, the daily production of protective clothing is about 20,000 pieces.

“We produce three different types of protective suits. Due to the shortage of shell fabric, the type produced on the day is dependent on the shell fabric supply. All the products are uniformly deployed by the government,” according to Chen Hong, the sales director of BONO. 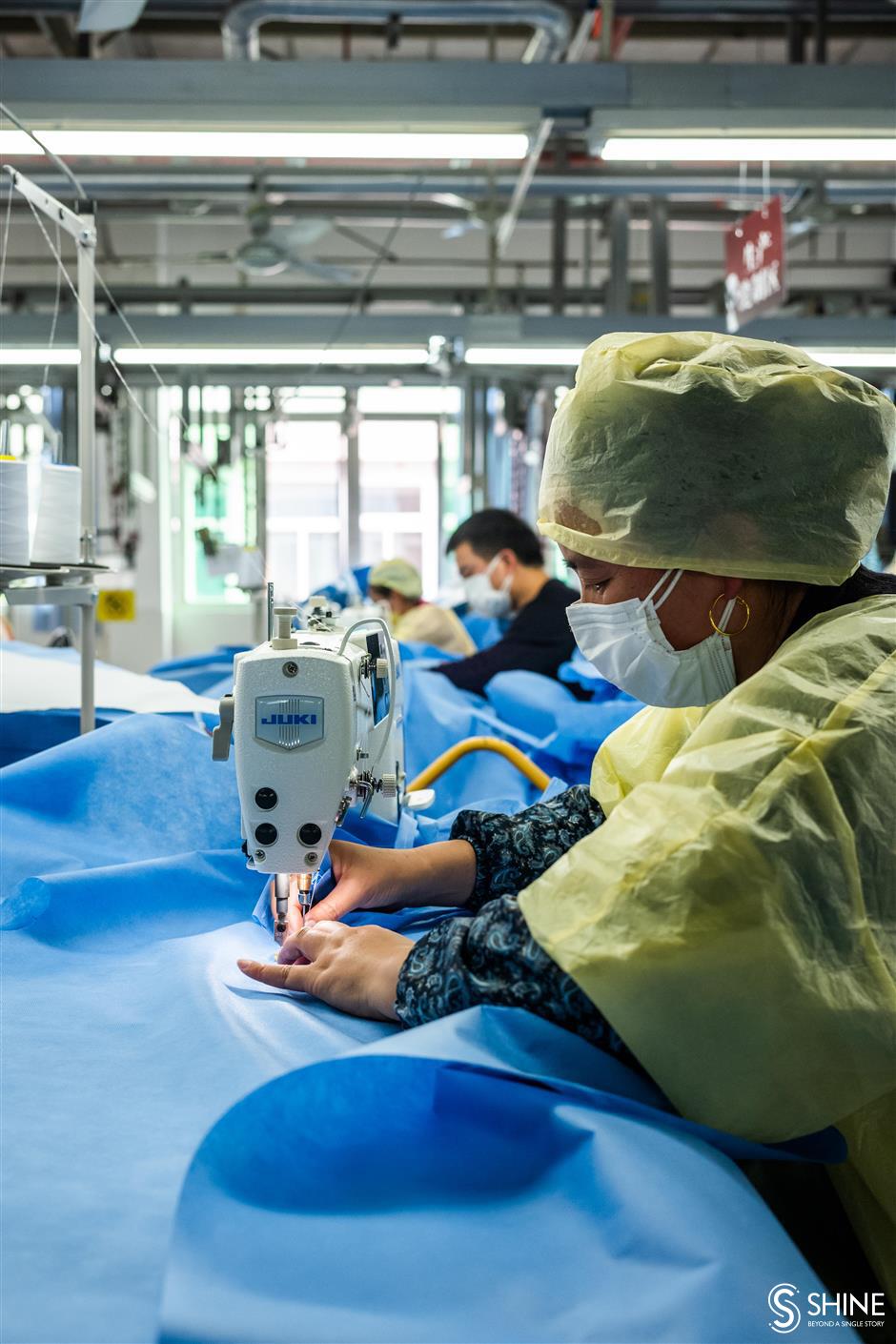 “The main business of our company was customizing professional clothes for enterprises, including banks and airlines. On February 4, the government made an inspection trip here, and we were informed on February 6 that we had been selected to produce protective clothing. After equipment adjustments and personnel training, the first batch was produced on February 13,” Chen said.

Folding and packaging protective clothing is not difficult, but it requires a lot of workers. After learning that there was a lack of workers, the university students in Songjiang District volunteered to help out. 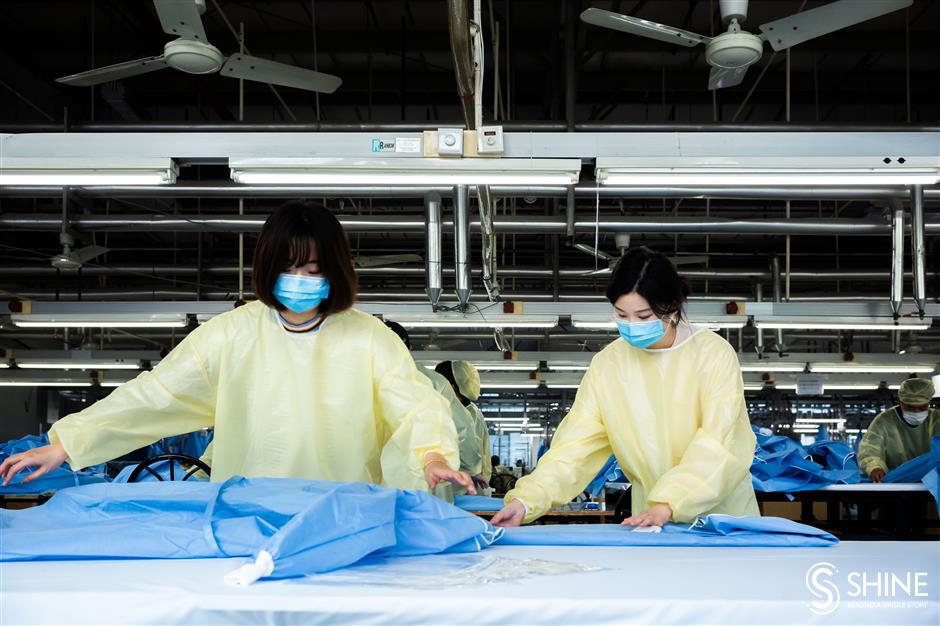 One of the volunteers taught iDEAL Shanghai participants how to do the packaging work. The first step was to turn the clothes inside out. The second step involved checking the seams of each protective clothing and picking out the unqualified products. The third step was to fold it into A4 size and then put them into a plastic bag.

It is not easy. Beginners always tend to fold it too big for the bag.

After half a day’s work, I was sweating, feeling dizzy with my protective suit and mask.

“Today is the third day of my volunteer work. We just want to do something to help out during the epidemic,” said our workmate, John Wu, a junior student at Shanghai University of Engineering and Technology.

Each of us got two masks from the factory as gifts for volunteering. 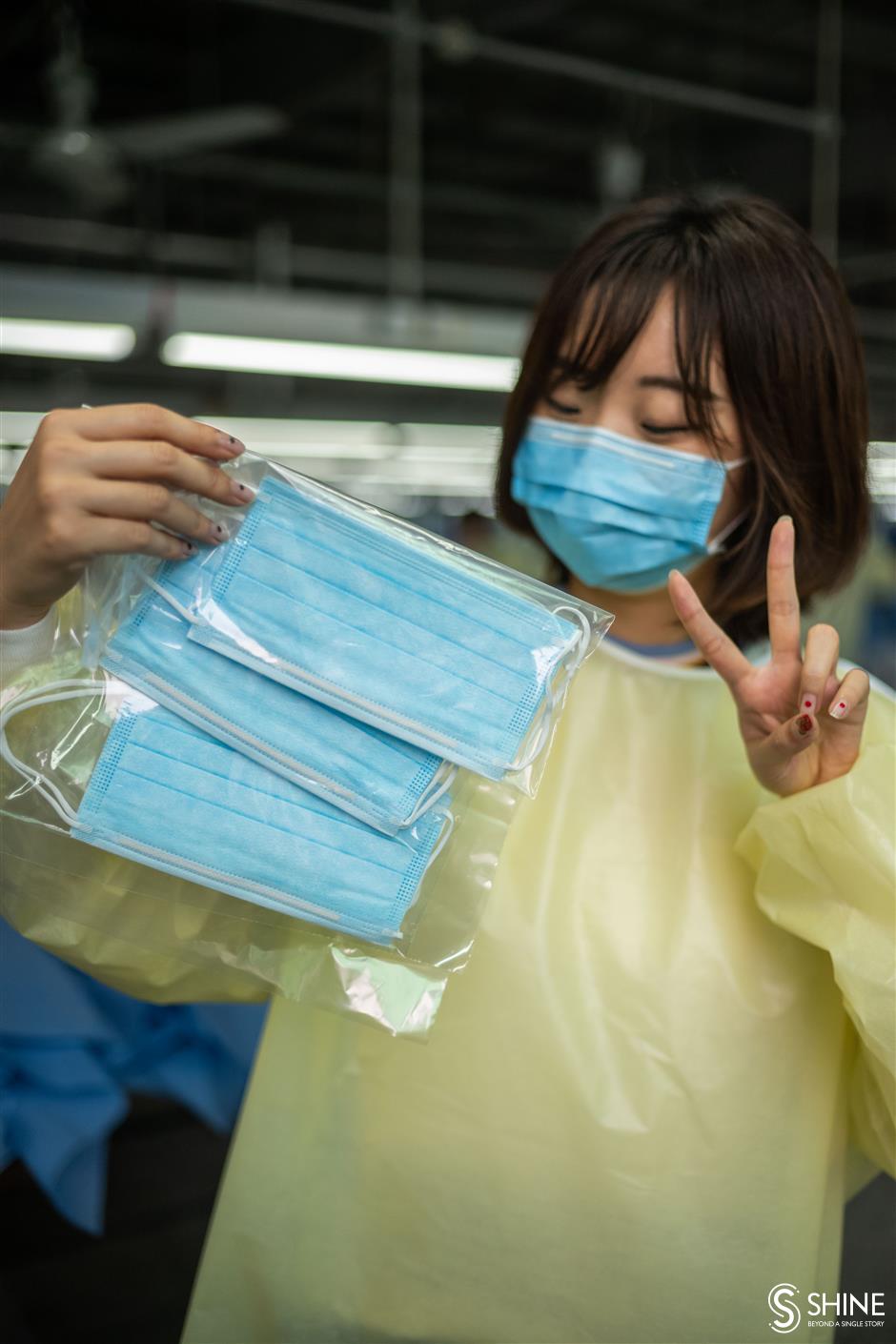 The gift for volunteers.

What we did was a small part. Although the work was dull and repetitive, the enthusiasm among everyone was true, and in the spirit of “Made in China.”

Special Reports
ADVERTISEMENT
61922
,
61924
,
Guide for overseas Chinese students during COVID-19 pandemic
A cemetery that celebrates life and death
Nile threatened by waste, warming, dam
Enchanting abode in idyllic tranquility
Connecting nature, culture and people with design
Fancy footwork: An embroiderer finds her niche
How overseas Shanghainese go through outbreak
Counseling eases psychological toll of outbreak
'Support troops' guard the doors to the city
A guardian of the light ... and of hope for Wuhan
EXPLORE SHINE