A trip to new cultural and creative park

Former factories and barns built between the 1950s and 1990s in Songjiang District have been given a new lease of life as museums and art galleries in what has become the Yun Jian Granary Cultural and Creative Park.

The 40,000-square-meter park has 59 buildings which used to accommodate, among others, the Songjiang rice mill, Songjiang flour mill, Nanmen grain plant and Songjiang feed mill.

A renovation project began on April 16 last year, and part of the park was recently opened to the public. It includes the Yunjian Art Gallery and a large beer museum. Visitors can view the old buildings during the renovation period, such as a white castle-like flour mill which will be turned into a boutique hotel, and the large grain barns which are to become artists’ studios.

Follow iDEALShanghai to explore the old buildings and exhibitions inside the newly opened park. 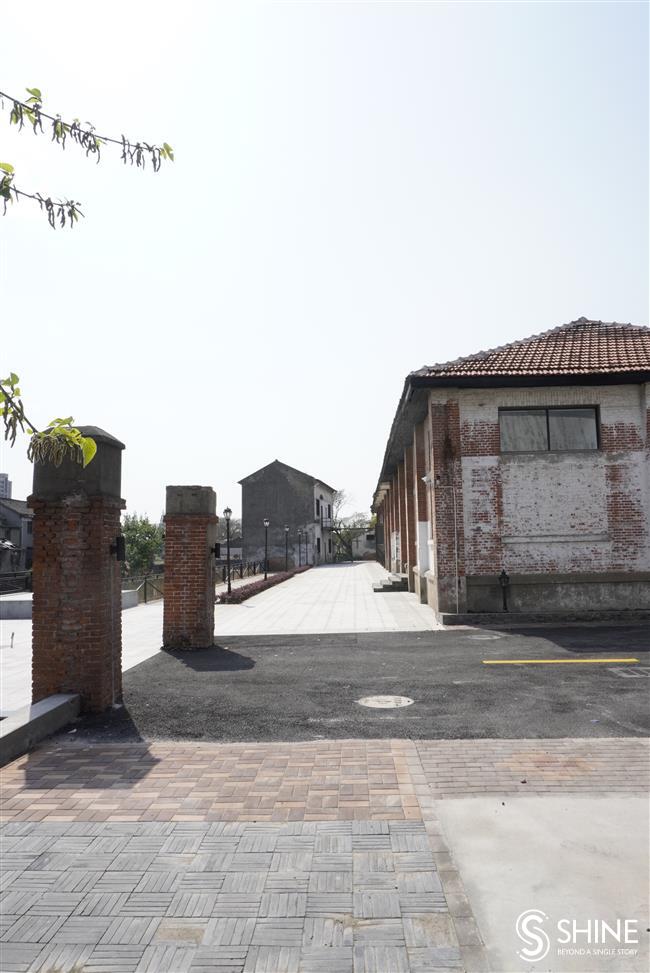 A path extends to the distance at the granary cultural and creative park. 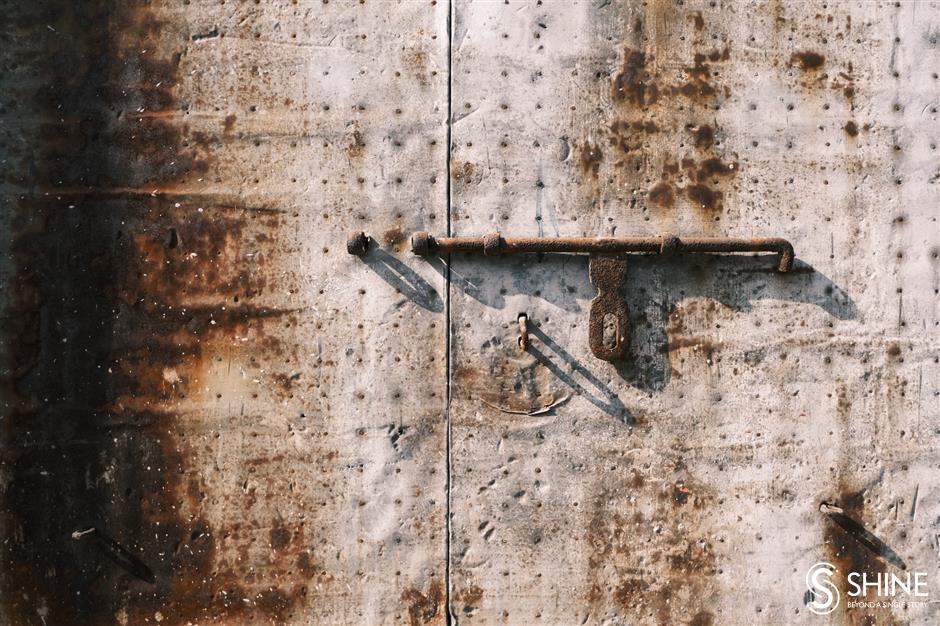 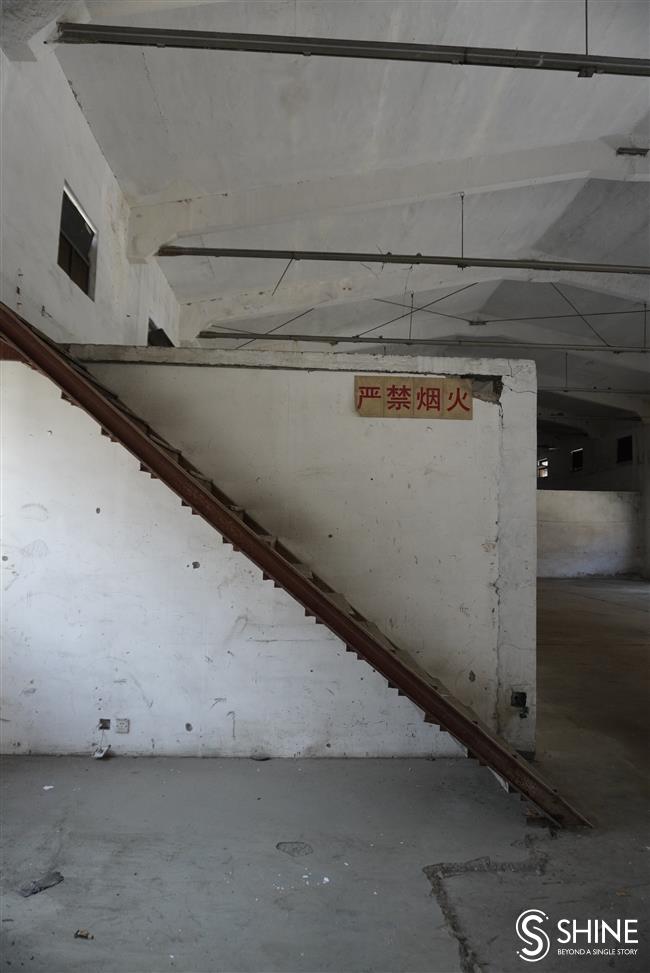 A wooden staircase inside a former factory building 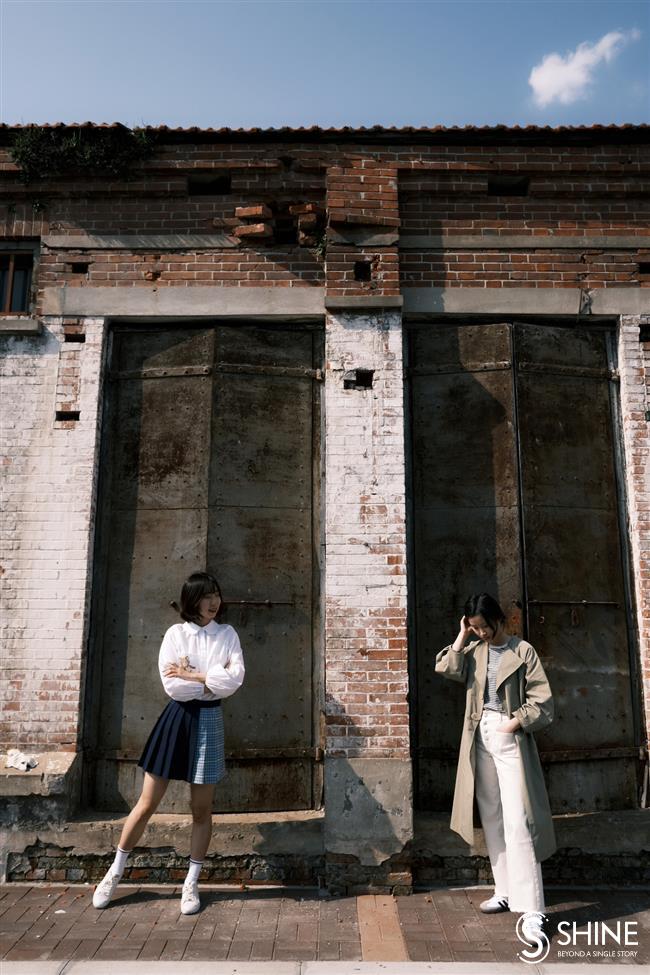 Fiona and Shirlene in front of a building 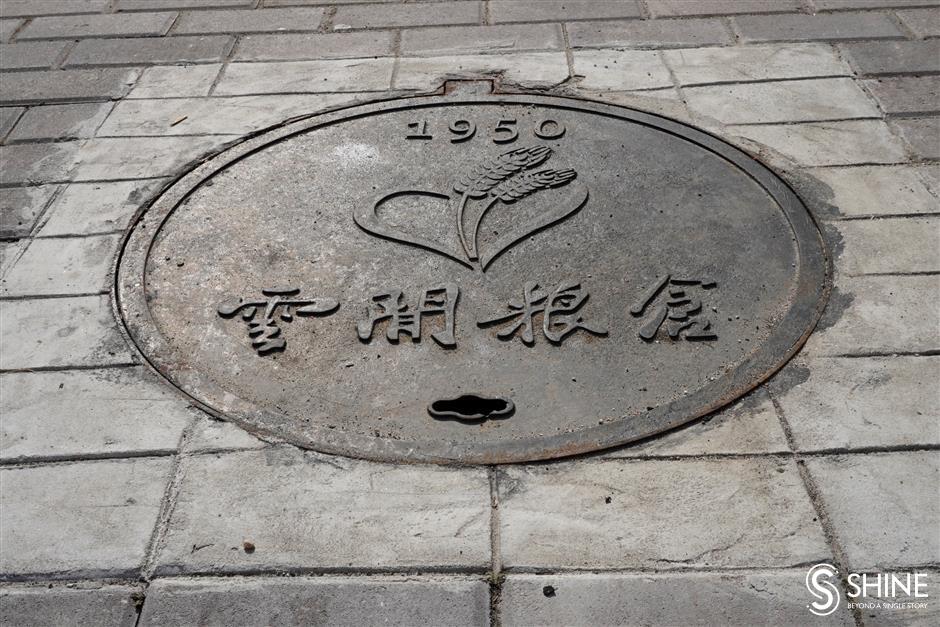 A manhole cover in the park

When a visitor steps into the park, the most attractive aspect he or she feels might be the contrast between old and new. A rice huller which was used in the rice mill stands in the middle of the park. On the gate of an old barn, there is graffiti written some decades ago. Meanwhile, some additional walls are being painted with graffiti. Art installations and a QR code audio guide will feature in the future.

The distinctive buildings, such as barns with high ceilings and castle-like flour mills, are already attracting lots of photographers.

The red tiles, black bricks and mottled walls of the buildings are being preserved during the renovation. On the roof, the old tiles will be turned into mosaics in the shape of famous scientists, such as Einstein and Marie Curie, in the future.

The manhole covers inside the park have been redesigned with a grain pattern and Chinese calligraphy to add a touch of local flair beneath your feet.

Surrounded by two rivers, the Tongbotang and Renmin, the park has a great riverside view. Large trees and plants along the waterfront add to the beautiful spring scenery.

After renovation, the park will comprise beer culture, art displays, and science and technology innovation.

A science and technology innovation area will feature calligraphy and paintings by academicians of the Chinese Academy of Sciences and Chinese Academy of Engineering, their work studios, their documentation and reference center and a memorial hall for the Nobel Prize winners in Natural Science.

A culture and innovation bazaar, sports venues such as a soccer field and basketball court will also be part of the park. 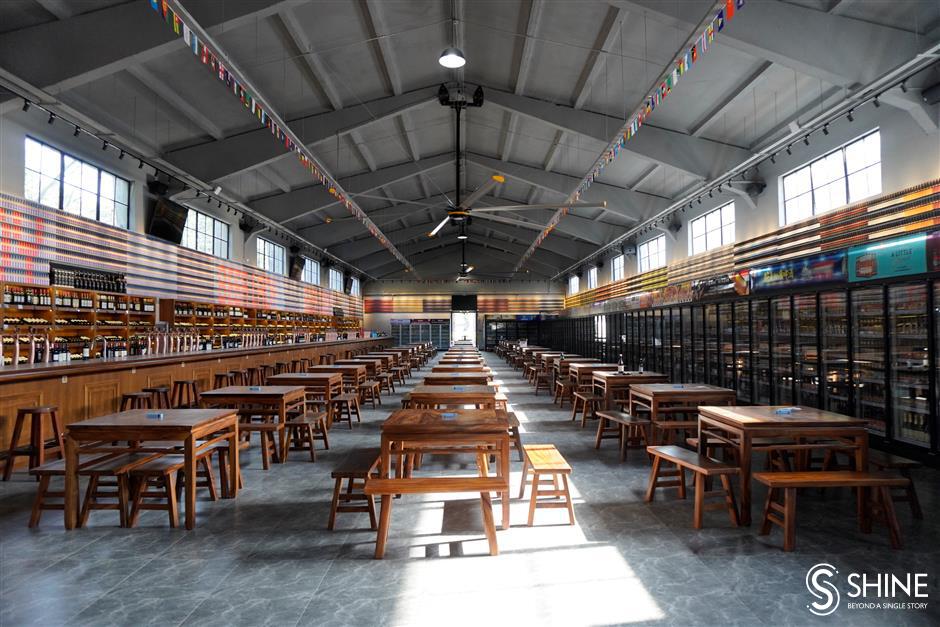 The beer museum in the park

A highlight of the park is a beer museum operated by Beer Lady, which is the largest of its kind in Shanghai. About 60,000 bottles of beer of more than 10,000 types from all over the world are on display at the 1,200-square-meter museum.

Not only beer, but red wines and champagnes are also displayed in the museum.

The interior is split into two, with a bar/beer area on one side and a restaurant area on the other. Although the area is open, it is not serving food yet but business will be in motion soon.

Another hall under renovation will display the brewing process, the evolution and development of beer, and the materials and equipment required. 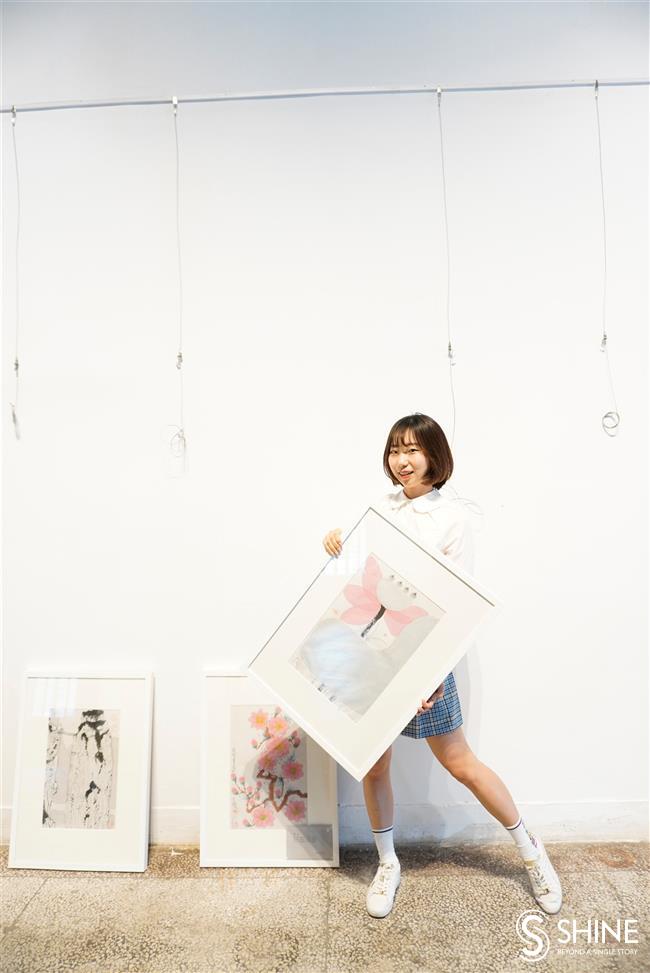 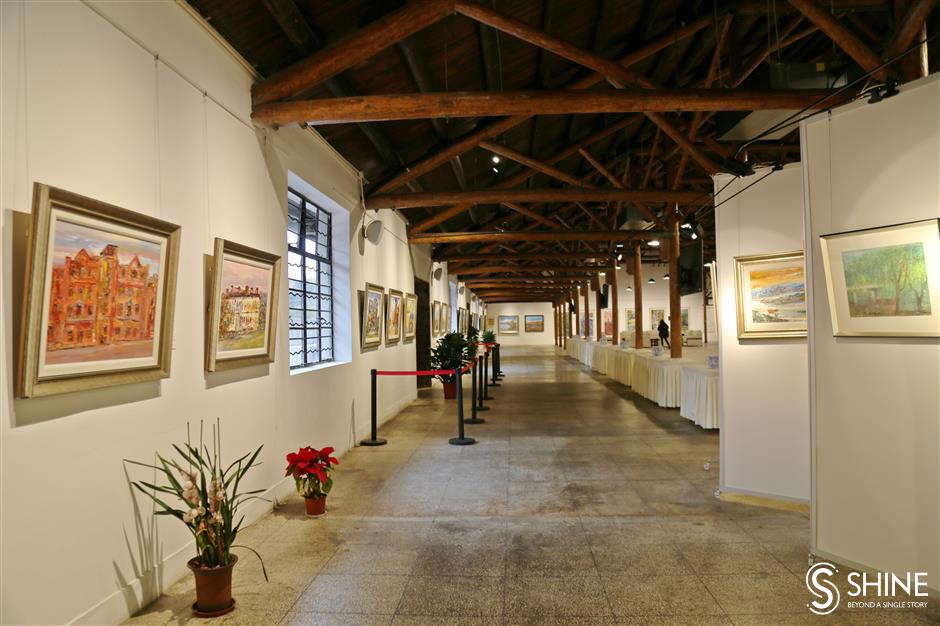 “Classics in Paintings” will be on show at the Yunjian Art Gallery.

Yunjian Art Gallery is one of the first to open in the park. The gallery retains the traditional Chinese structure of the original building, with its wooden posts, beams, lintels and joists showing the history of the structure.

The latest exhibition was an oil painting exhibition featuring water landscapes created by Chen Xiejun and his daughter Chen Ying.

A total of 105 paintings from Shanghai, watertowns in the Jiangnan area (regions south of the lower reaches of the Yangtze River), Hong Kong, Macau and foreign harbor cities are on display.

A new exhibition “Classics in Paintings” will be on show from May 10 with 325 paintings by Chen Peiqiu, Lin Ximing, Chen Jialing, Dai Dunbang and another 39 famous artists featuring classical Chinese poetry.

English versions of the poems in the paintings will be on display. The poems have been translated by Xu Yuanchong, who is known for his outstanding translations of the works of ancient poets into English and French.