Playing the field, a passion not lost in age 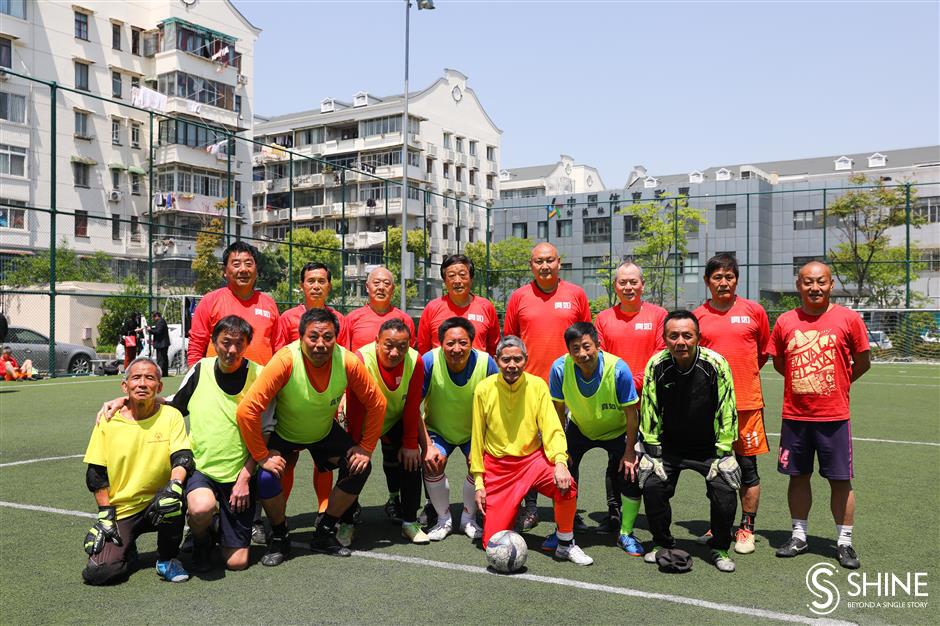 The average age of the Zhenru senior football team is over 60.

After over a two-month hiatus amid the outbreak of the novel coronavirus, a group of amateur footballers are back on the pitch in Zhenru, a town in Shanghai’s Jiading District.

Gray hair against green grass. The average age of the football enthusiasts is over 60.

Team members undergo arduous practice in the footwork, eye-foot coordination, dribbling and body control required in such physical competition. The unspoken concern is whether older bodies can endure such high-intensity training.

But as I watch them at practice for a while, those concerns melt away. Age is not a barrier to playing football.

A 72-year-old goalkeeper jumps to catch a ball and falls forward, burying it under his body. A 74-year-old team member runs up to the ball and kicks it high. The sport seems to reinvigorate their youth.

Chen Zhihao, a 74-year-old Zhenru native, is the oldest member of the senior football team. At practice three times a week, he is always the first to arrive and the last to leave.

“I arrive at the football field at 7:45am and leave at 12,” says Chen. “Playing football is the most important activity of my retirement. I joined the Zhenru senior football team when it was first established in 2005.”

Wearing a yellow, long-sleeve top and red sport trousers with many traces of mending, Chen said his clothing has a history of over 40 years.

Back in the 1970s, he was wearing the outfit when he was a top player on his company’s football team and it won a championship. He considers the clothing his good luck charm.

“I am not willing to throw them away, though my wife often complains when she helps me mend them,” says Chen. “I feel differently when I put on the clothing.” 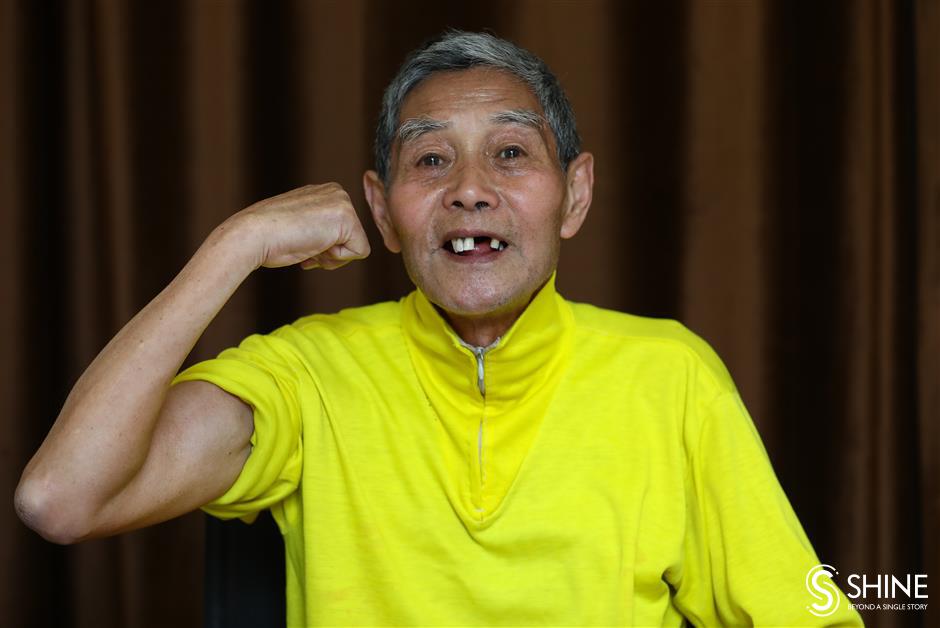 Chen Zhihao, 74, is the oldest member of the senior football team.

Of Shanghai’s 30 or so senior football teams, the Zhenru club was among the first to be established.

Chen tells me that the town has a long history of football, even being dubbed “the town of football” by the local government.

According to local chronicles, there was a school famous for its football in Zhenru during the era of the Republic of China (1912-49). Its students represented the country and won games against foreign football teams in Shanghai’s local league.

After the founding of the People’s Republic of China in 1949, local schools continued to cultivate talent for the national football team. The town’s football pitch hosted large numbers of games — around 800 in 1987, according to archives.

“After school, we boys always rushed to the field to watch football games,” says Chen. “The field was crowded with onlookers. Zhenru is rich in football atmosphere.”

Influenced by his father, also a football enthusiast, Chen took to the sport as a child. Chen says his father also joined a local senior football team, which was later disbanded.

“Their team didn’t attract fresh recruits, so there were fewer and fewer people every year,” says Chen. “In our team, we have both elderly and younger players.”

By “young,” Chen means players aged between 40 and 60. They account for half the entire 65-member squad.

Xu Jun, 53, is the leader of the football team. He says health and happiness are the two guiding principles of the team.

Senior teams in the city have their own competitions and even rules. Due to safety concerns, for example, sliding tackles are strictly forbidden, as are charges like shoulder to shoulder and elbows against body.

But it’s not the pursuit of glory that persistently beckons the team to practice.

“We play football purely for pleasure,” says Xu. “The team is like a family. It gives us membership in a group.”

Although playing football is a hobby, the senior football enthusiasts take it seriously. On snowy cold days in winter and on sweltering summer days, they are out on the pitch practicing.

The football devotees set high standards for themselves. During the coronavirus quarantine, some members did workouts at home in order to stay physically fit.

“I eat only one piece of braised pork in brown sauce every meal in order to keep my body weight under 60 kilograms,” says Chen, who is 172 centimeters tall. 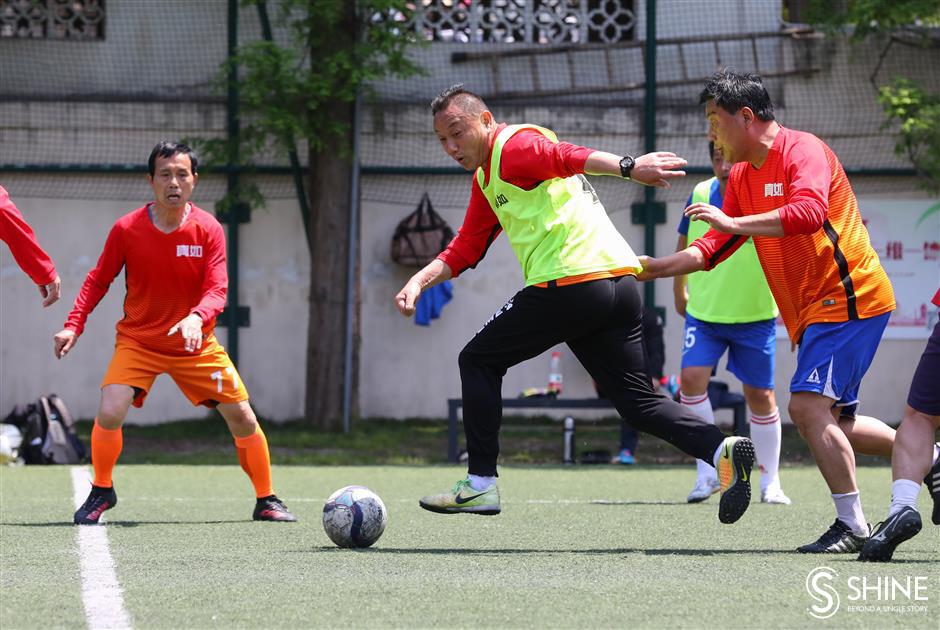 Playing football seems to rejuvenate team members, who tried to keep fit at home while awaiting the lifting of pandemic restrictions.

Even injuries don’t dent their devotion to the team. After 65-year-old Jin Chaofeng suffered a foot fracture in a game, he returned to play as soon as the bone mended. Ji Genxin, 67, got hit in the eye with a ball, which impaired his vision. Without telling his wife, he sneaked out of the house and continued to play football. A 66-year-old goalkeeper surnamed Xie wrote a message to his wife stating that she was not to blame others if he were injured or even died during a game.

“Football is a dangerous sport, so only a few family members support us,” says Chen. “Although we are a grassroots team without professional training, we truly love the sport. I will play football as long as I can walk. Even when my body doesn’t allow me to play anymore, I will be there to watch the games.”