Xiao Jiang, 31, works in silence at the Love Concept Cafe. Utter silence. She brews coffee, uses gestures to communicate with customers and smiles timidly when they compliment her on the beverage she serves up.

Jiang, a native of Henan Province, is mute and deaf. She started working at the cafe more than two years ago.

Love Concept Cafe, hidden inside a typical Shanghai back alleyway along Xiangyang Road N. in Xuhui District, is true to its name.

The shop welcomes coffee lovers with a homey, relaxed atmosphere where people can sit and chat or read. It has a small courtyard with lush greenery, a bookshelf, a menu blackboard and even a resident Schnauzer named Niu Niu.

“I like this job very much,” Jiang wrote in reply to a question from Shanghai Daily. “The guests here are very enthusiastic and the atmosphere quite pleasant. I feel very happy when guests enjoy the coffee I brew.” 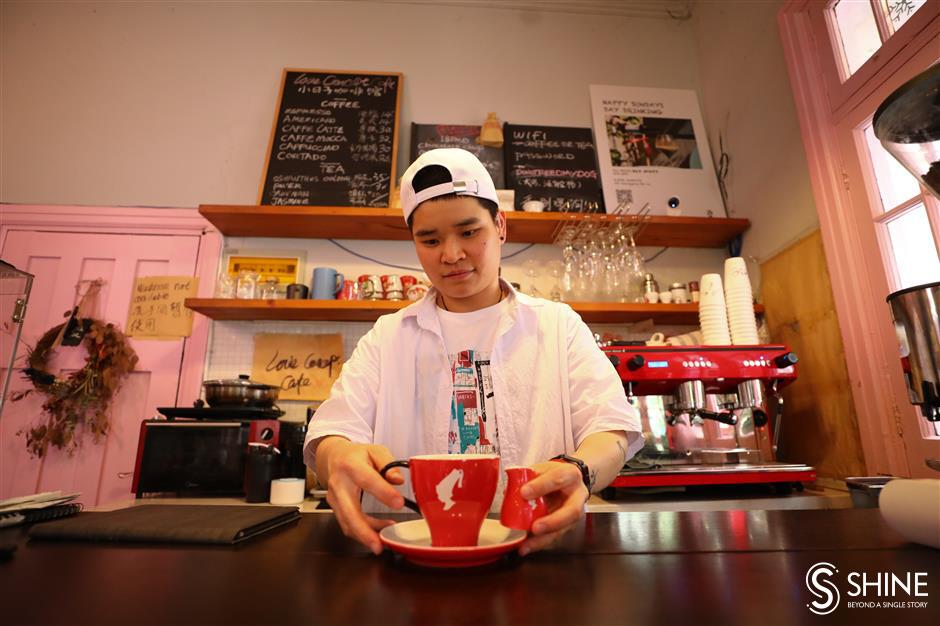 Not everybody coming to the cafe knows Jiang can’t speak. They chitchat with her when entering, and she replies with hand gestures. They quickly get the message.

“I communicate with them via eye contact, gestures, and, more importantly, with my heart,” she wrote. “They are very kind, and I do not feel any discrimination here.”

Lynn Ayako, a Japanese who has been living in Shanghai for 17 years, came into the store for the first time to buy some biscuits and wasn’t aware initially that Jiang could not speak. When she realized the woman’s disability, she smiled and pointed at what she wanted to purchase.

“I passed here by chance,” Ayako said. “In the end, I wasn’t surprised. In Japan, there are many bakeries and other businesses with disabled employees. I like the atmosphere here.”

Zhou Lin, a Hongkou District resident, is a frequent patron of the cafe.

“I first came here more than a year ago and fell in love with it,” he said, ordering his favorite cup of Americano. “I often stop by after work and always feel at home here. It’s is not easy for the mute and deaf to work like normal people, and I respect their effort.”

Karen Yang, a Shanghai resident, opened the cafe in late 2014. She hired a mute-deaf barista by chance as her first employee.

“I call them ‘silent baristas,’” Yang said. “In the beginning, I wasn’t really acquainted with people with disabilities, but I learned there is a circle of similar baristas.”

Yang has hired about 10 “silent baristas” so far. Her first employee was Ting Ting.

“When others introduced me to Ting Ting, who wanted a job, I said: ‘Why not?’ The only criterion for me is coffee-making skills,” she said. “At first, communications were somewhat difficult. The words they wrote were simple and direct, and I couldn’t assess their mood because there was no tone.”

But misunderstandings and communication obstacles were overcome with time. Yang came to fully understand her silent employees and no longer felt like a “foreigner” among them.

“We use pen and paper to communicate, and sometimes we don’t even need words because eye contact is enough,” she said. “I also learned some simple sign language related to coffee.”

She speaks fondly of her employees, even those who have since left work at the cafe.

“Ting Ting was beautiful and often sweated when she was worried, while Xiong Xiong loved to smile and engaged many patrons,” Yang recalled. “Xiao Jiang is always calm, and it is difficult to read her mind from her face.”

To make ordering easier, the blackboard menu is bilingual.

“Hello! Thank you for choosing Love Concept Cafe,” Yang wrote on the blackboard. “My baristas cannot speak, but they love their job very much.” 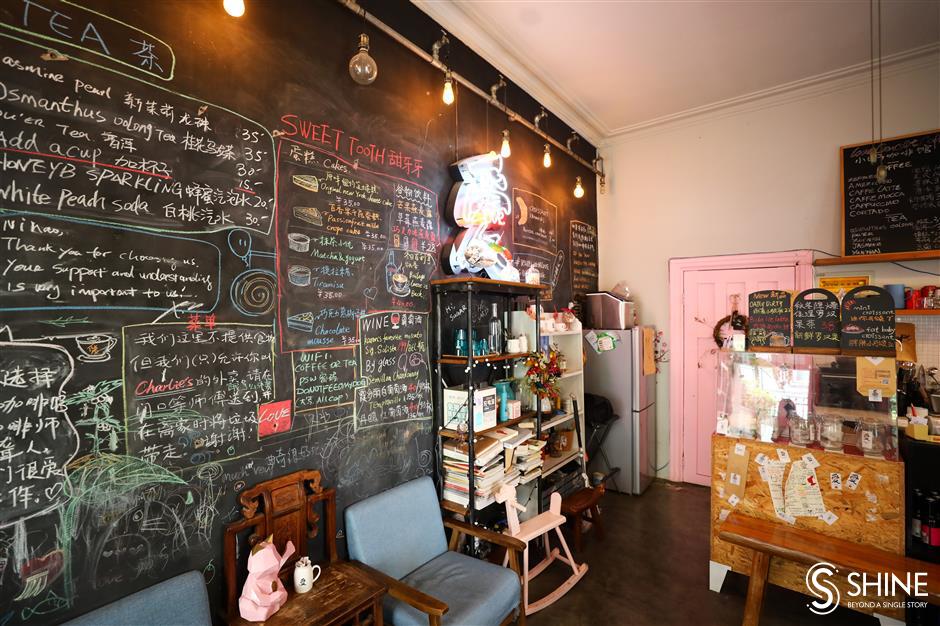 The blackboard menu is bilingual.

There are lovebirds who meet at the cafe, date there and visit the cafe on the 20th day of the fifth month every year — a date that is similar in pronunciation with wo ai ni, or “I love you.”

Yang said her “silent baristas” have the right to refuse service if a customer makes them feel uncomfortable or is discriminatory toward them.

“I want them to be respected because life is not easy for a group that confronts a lot of discrimination every day in society,” she said. “I want to protect them.”

The cafe also attracts many others with communications disabilities.

“They use sign language and mix with other customers harmoniously,” Yang said.

“Some normal patrons even ask me how to express ‘hello’ and other words in sign language so they can communicate with Jiang in her language.” 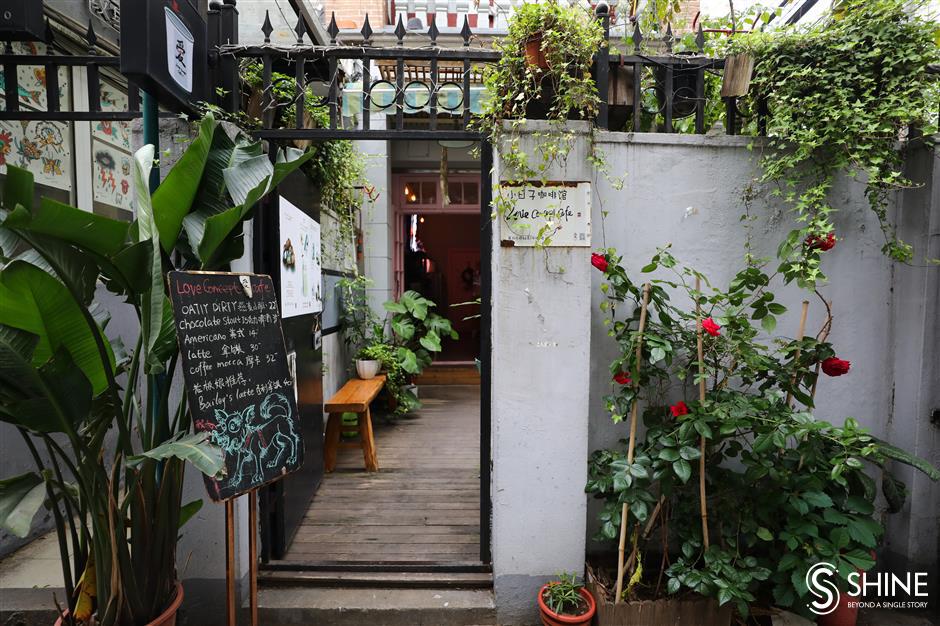 Love Concept Cafe is hidden inside a typical Shanghai back alleyway along Xiangyang Road N.