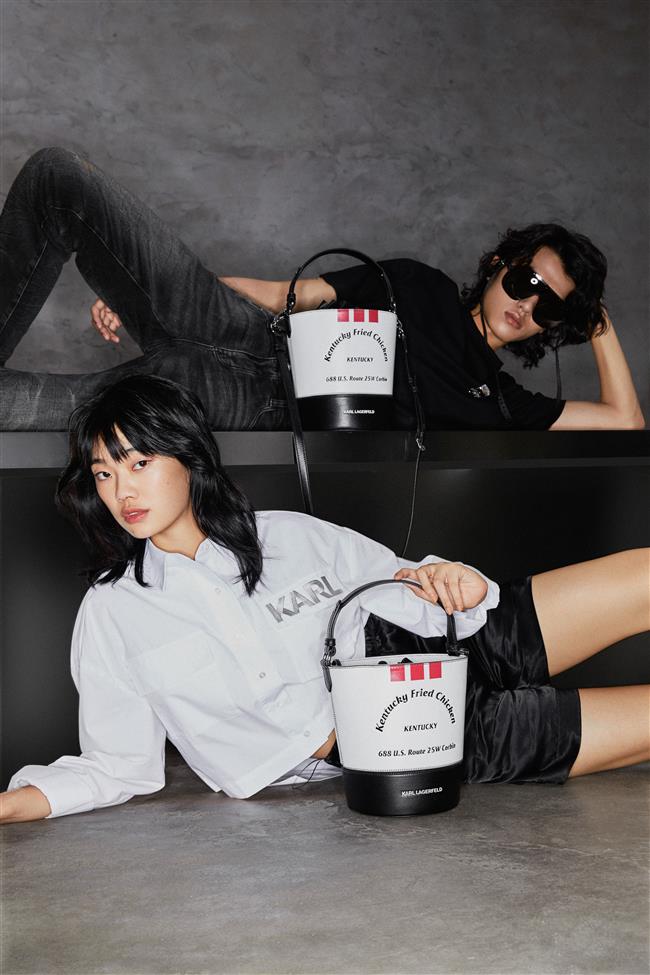 Meanwhile, a playful fashion show with a circus performance was hosted at the Shanghai Exhibition Center on the launch day on September 4, where KFC staged a special “restaurant” (full of handbags, but no fried chicken) as a runway for models and performers.

The two handbags are both black and white. One is a cow-leather “Unbounded Bucket” inspired by KFC’s famous Big Box with the slogan “KEEP FUN CHIC” on it, while the other is a Dupont paper T-shirt bag printed “who is kk” on the front, and “love from KFC” on the back side. 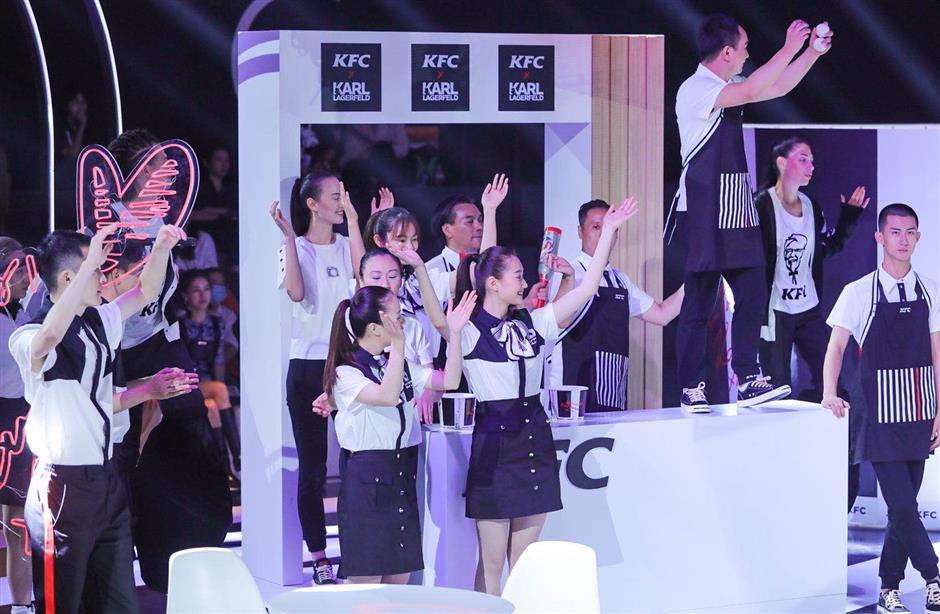 KFC opened a special "restaurant" (full of handbags but no fried chicken) as a runway at Shanghai Exhibition Center. 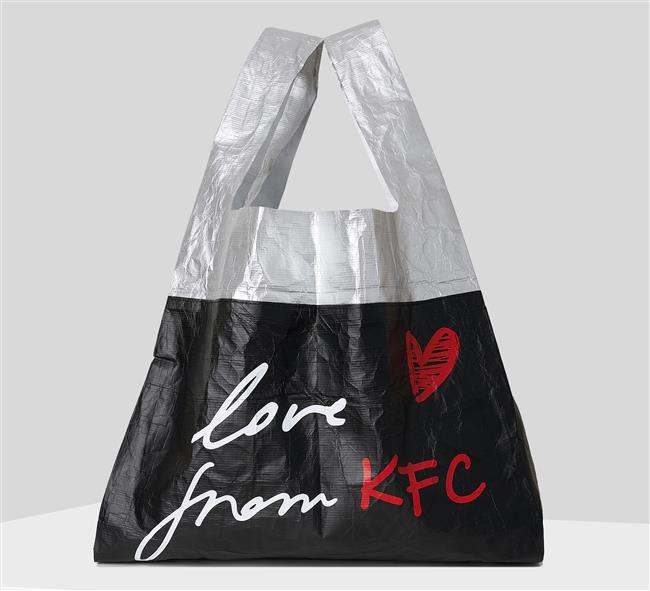