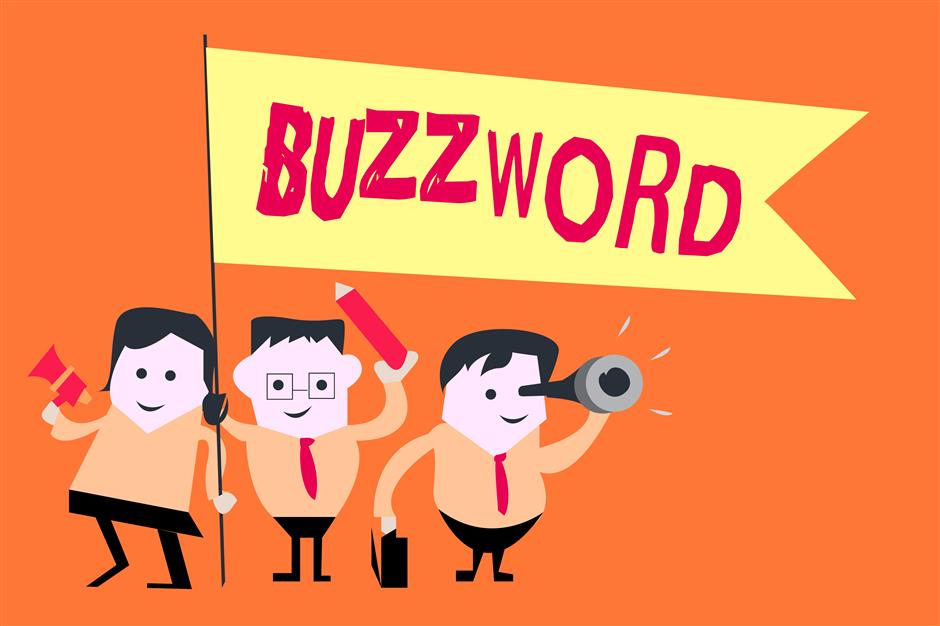 The top 10 Chinese buzzwords have been announced by Yao Wen Jiao Zi, a monthly periodical of Chinese culture and language.

“2020 has been a rough year due to COVID-19, and this year’s list of 10 Chinese buzzwords have been largely influenced by the fight against the pandemic, the country’s economic recovery, and people’s lives amid COVID-19,” says the periodical.

The COVID-19 pandemic has posed grave dangers to people’s lives and health, and almost everyone was mobilized to join the fight. “People first, life first, and they should be secured at all costs,” President Xi Jinping announced at the Third Session of the Thirteenth National People’s Congress in May. 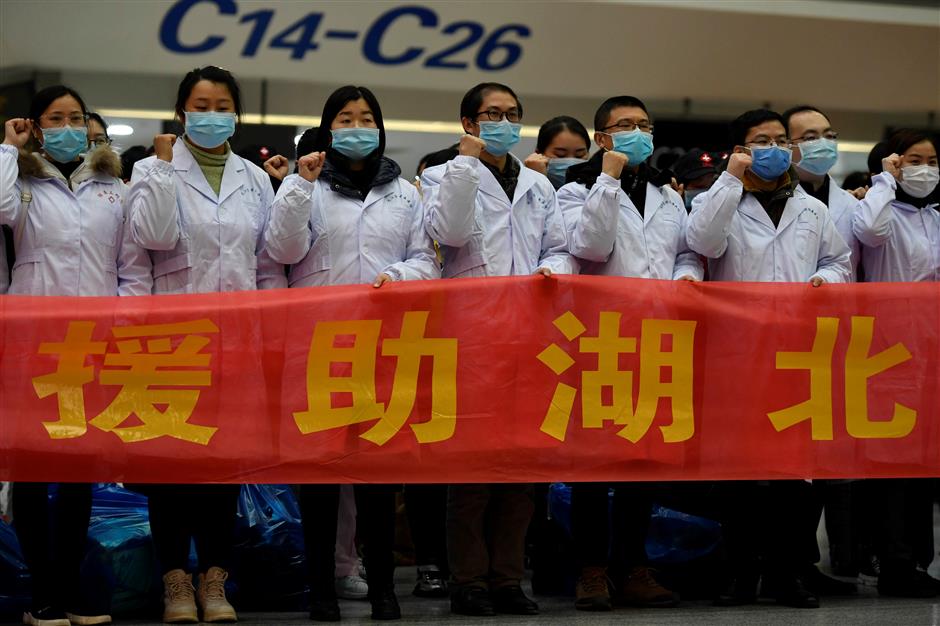 逆行 literally means to go the opposite direction, the road less traveled. In 2020, 逆行者 refers to the brave front-line medical workers, disease control personnel, police officers and social workers who put themselves in great danger to save others. The front-line heroes showed their grit and fearlessness, and some even lost their lives, in the fight against COVID-19. 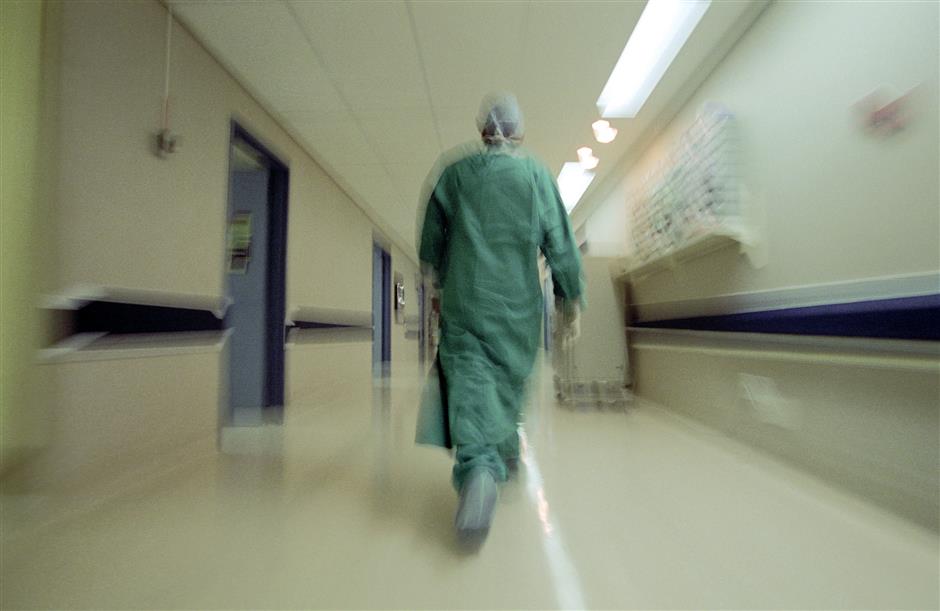 Medical workers put themselves in danger to save others.

飒 is originally used to describe the sound wind makes. In a modern context, it means someone who is attractive, neat and determined, especially women. The word grabs everyone's attention, for about half of the front-line doctors and more than 90 percent of the nurses in the fight against COVID-19 are women. Hats off to them! 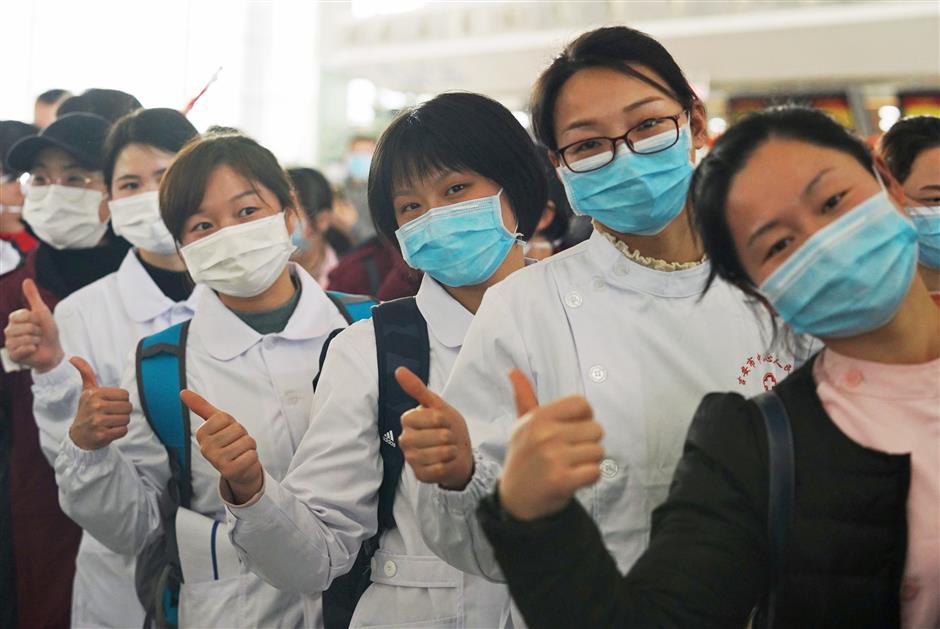 Female medical staff were at the forefront in the fight against COVID-19.

The word comes from a Chinese saying "As in the Yangtze River waves urge waves, the new generation will excel the old." But 后浪 only became a buzzword when a video starring actor He Bin went viral on China's video-sharing platform Bilibili. In the video, He delivers a speech praising the younger generation, those born after the 90s and 2000s in China, describing them as the rising wave, and paying homage to their confidence, passion, and aspirations. 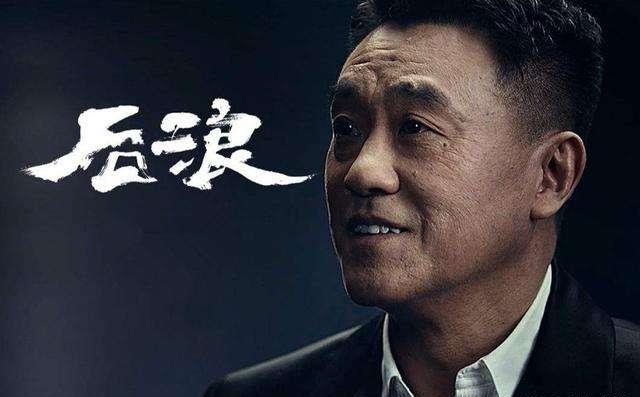 神兽 means the mythological creatures in Chinese folklore, or godly beast literally. In the first half of 2020, most schools in China were closed due to COVID-19, resulting in the children having classes at home. To their parents’ dismay, these kids were not as disciplined as they were at school. And many parents were not prepared for having to deal with their children for this extended long period. They simply wished for school to resume as soon as possible. 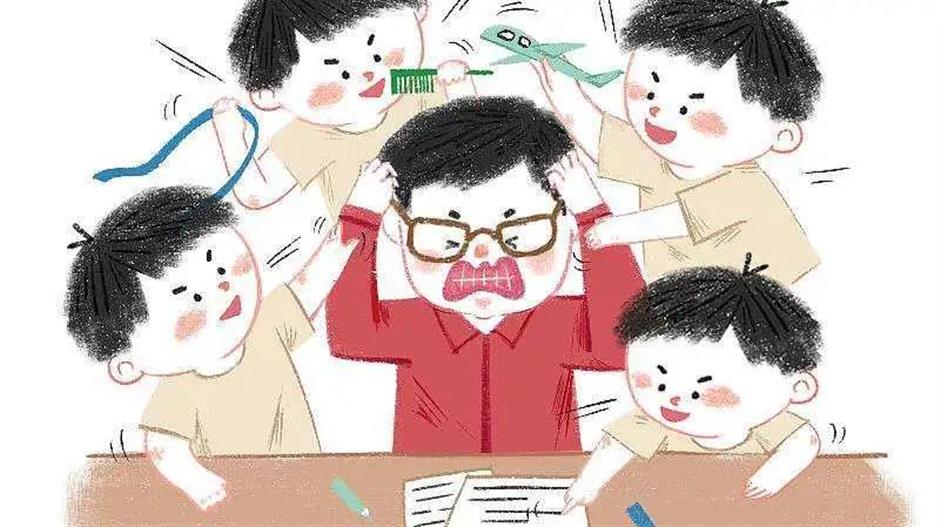 Children at home for an extended period was tiring for many parents.

Livestreaming has taken China by storm. It has relieved many physical stores of the burden of getting fewer customers, as well as overstocked inventory amid COVID-19. With this the new form of e-commerce, many celebrities and influencers have been able to achieve staggering sales. 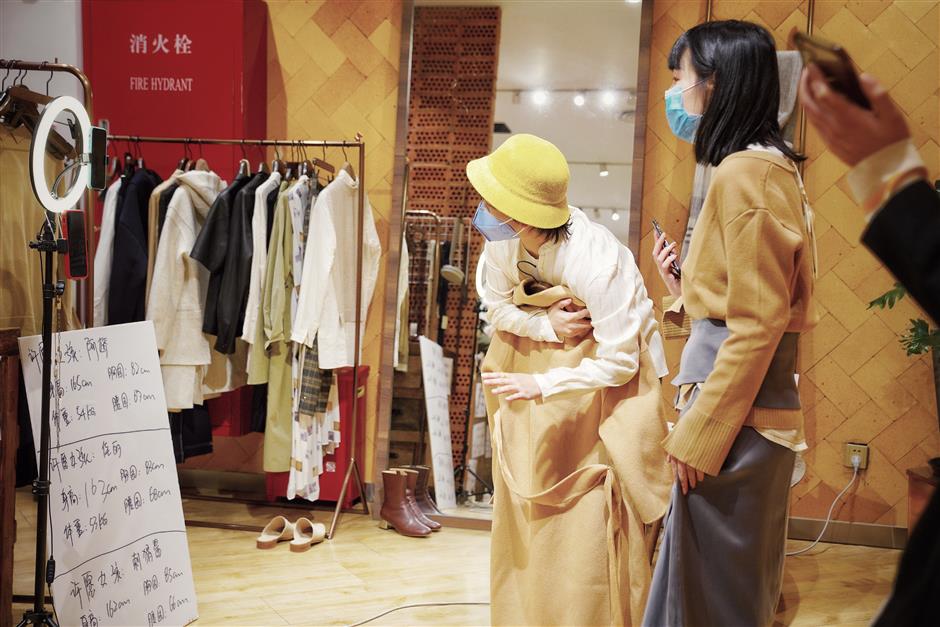 ‘Dual circulation’ is a concept that refers to a development strategy in which the domestic economic cycle plays a leading role while the international economic cycle remains its extension and supplementary position. The term was coined by the Political Bureau of the Communist Party of China at a recent meeting held to analyze the economic situation. 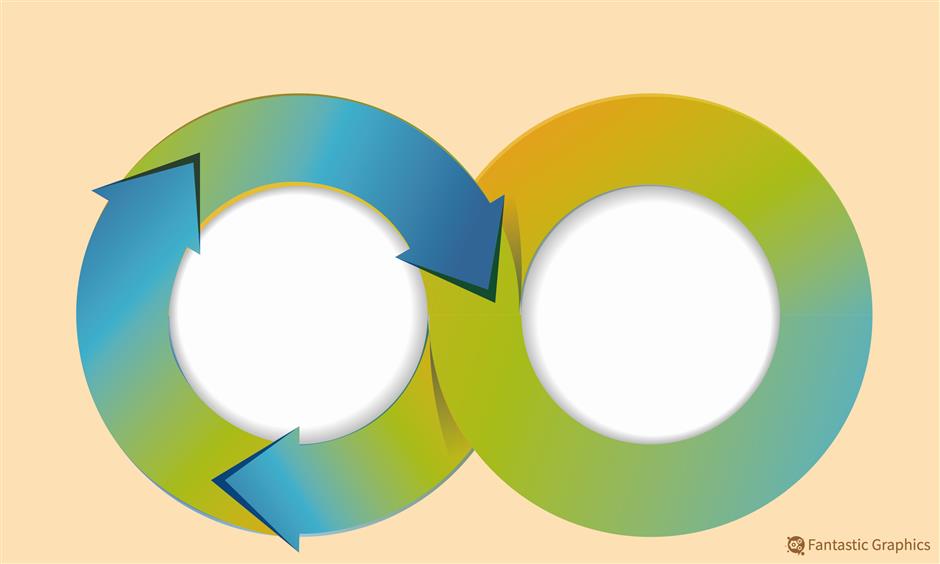 打工人 originally means migrant workers or someone who does physical work. It only became a widely-used self-mocking term among office workers, employees, and mental and physical laborers alike after a user posted a series of short videos to a video-sharing app, Kuaishou, in which the user called himself and his followers 打工人 to implore them to take their jobs more seriously. 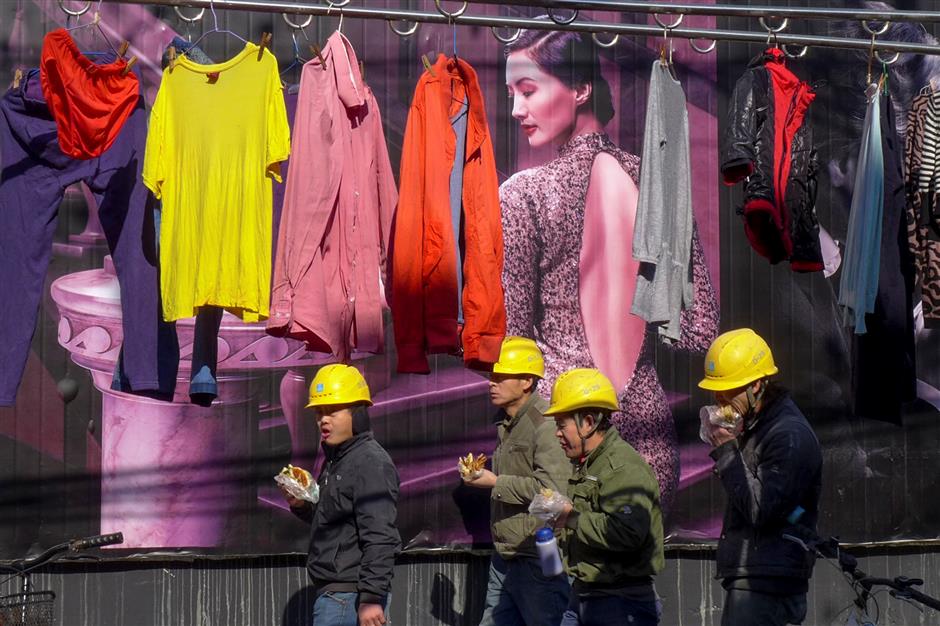 Work is a serious matter.

This obscure word is a sociological term, used by anthropologists to describe the development hiatus of a society or a culture, usually due to irrational internal competition. In the second half of 2020, a picture of a man using his laptop while cycling suddenly become internet-famous. He was called the ‘king of involution’ by  netizens. 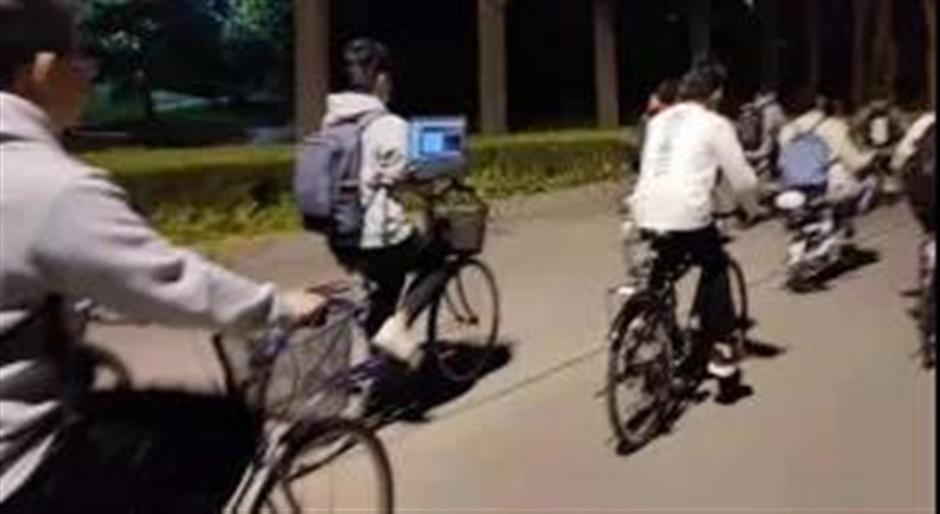 'The king of involution.'

A style of speech and writing on social media which are seemingly modest, self-critical, or causal that are meant to draw attention to one’s admirable or impressive qualities or achievements. So, a person uses Versailles literature to humblebrag. It got its name from a Japanese manga series, The Rose of Versailles, which features the luxurious lifestyle of 18th century French aristocrats.

A good example of Versailles literature could be: “I really envy those who could effortlessly gain weight. I thought I could reach my goal of increasing my weight to 100 pounds in a month ... It’s so unfair!’ 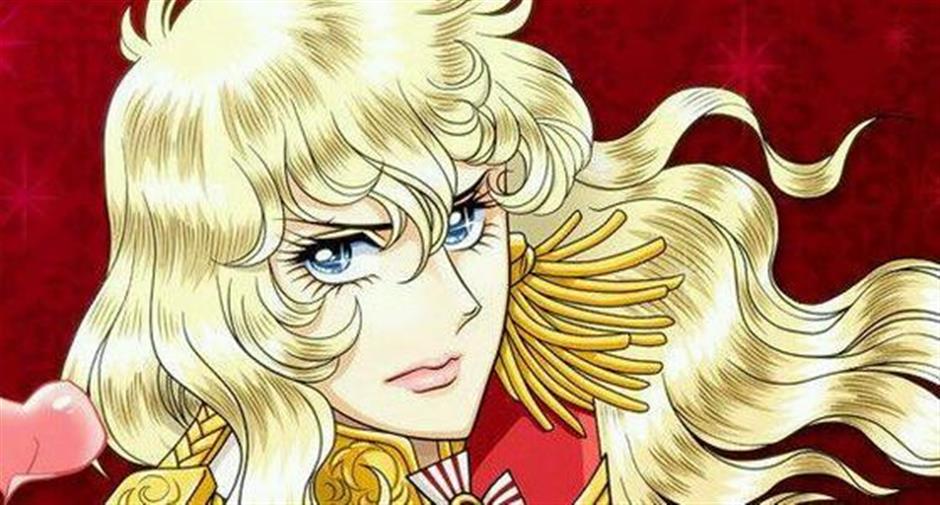 The Rose of Versailles.