Osteria a pearl in the city's shell for oysters

Osteria, a rare example of a long-time established restaurant and survivor in the competitive food and beverage scene, continues to surprise with its premium seafood offering.

Not many still remember its opening in 2008 as the Italian Osteria, where you could get a prix fixe menu served family style at 192 yuan. It included a full list of appetizers and pastas to share and all you had to do was pick a main course. And, outside the city’s hotels, it was probably the first restaurant to offer imported oysters. It soon became the place to go for freshly shucked oysters. 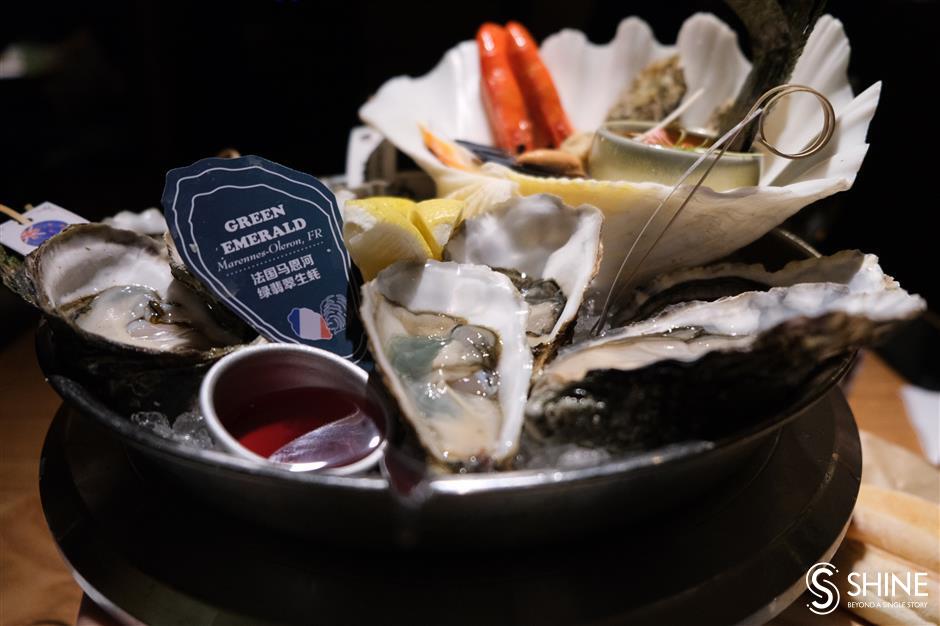 Osteria started by offering only two kinds of oyster to the current 15 varieties categorized either creamy, sweet and mineral.

Osteria started by offering only two kinds of oyster to the current 15 varieties categorized either creamy, sweet and mineral. “The spirit of the oyster” is well written next to the entry — “as you eat the oyster without any sauce on it, close your eyes, and you can taste the sea, the air, the earth and the land from which it came.”

My recent dinner at Osteria kicked off with a seafood tower and five types of freshly shucked oysters, starting from creamy and sweet to salty and a mineral tone. Oysters are at their peak quality in the fall and winter months, featuring a more desirable lean, firm texture and a bright briny flavor. 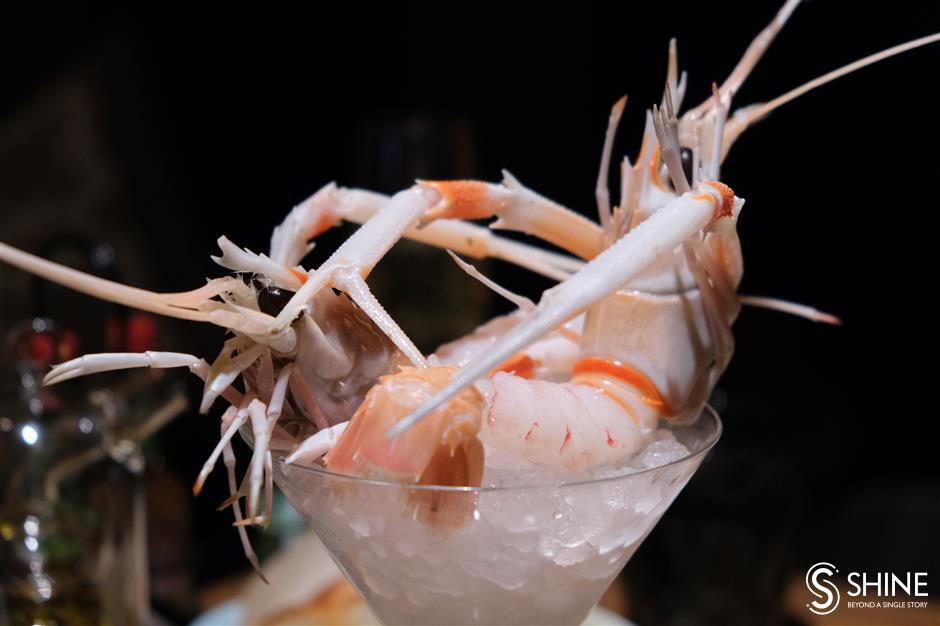 The oysters left me extremely satisfied, yet the freshness and sweetness from the ultra fresh New Zealand scampi ensured a wow factor.

If possible, I would have continued my seafood indulgence but it wouldn’t have been fair on the kitchen’s other creation — the cauliflower bacon, which was unforgettable. 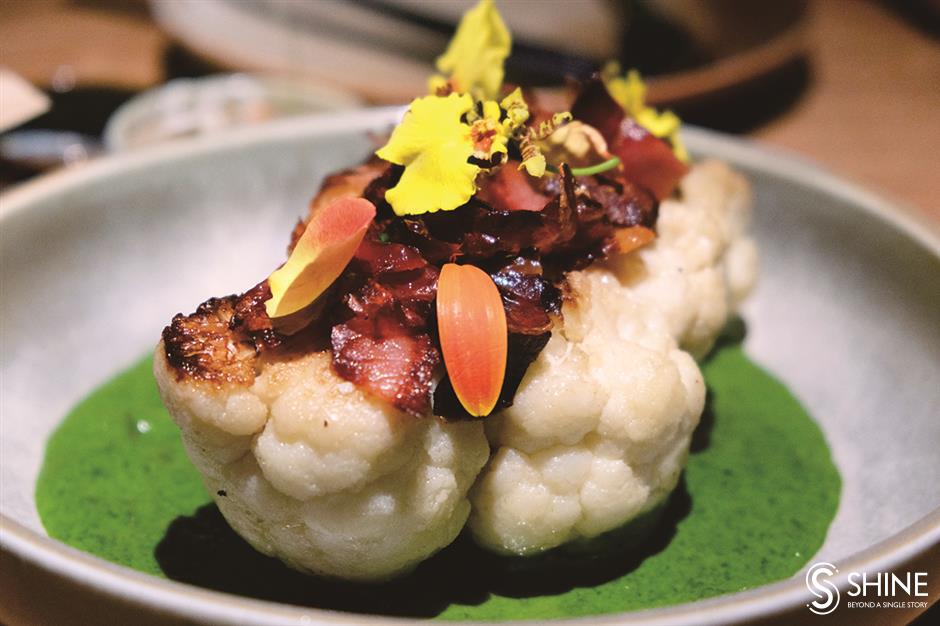 The cauliflower was  boiled, then roasted in an oven with prosciutto and finally pan-fried so it turned out slightly golden and crispy around the edges yet juicy inside. The prosciutto gave the bite of cauliflower more flavor without overpowering its original taste. The portion was big enough for three to four to share.

The main course, shake and bake lamb shank, was nothing spectacular compared to the dishes before. The meat was not ideally tender. However, the suggested Montepulciano wine from Marche, Italy, was a great pair for the red meat.

Special Reports
ADVERTISEMENT
Osteria a pearl in the city's shell for oysters
With a licence for grilling, it has to be Barbarian
A tasty sampler of Shanghai food and wine news
Local restaurants roll out creative winter menus
Premium spot for a tasty bite and service
Going loco for Solana tamales, tacos or margaritas
Juju's Korean BBQ adds flair to Bund dining
Feather in Peacock Room cap for its Sichuan menu
A little medicine tastes just fine
New experience in many flavors
EXPLORE SHINE