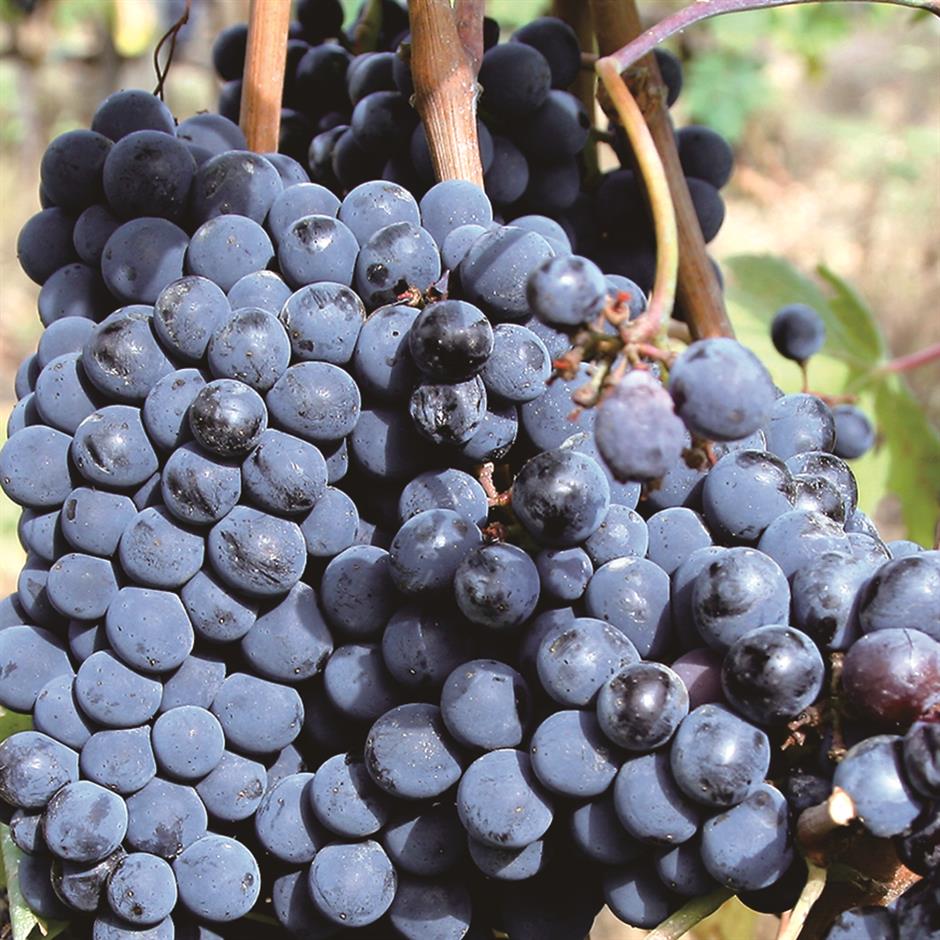 I’ll lead in this week with a wee bit of etymology and botany, then purview the delicious world of eggplant embracing wines. The English designation eggplant on the surface seems rather strange as eggplants neither look like nor remotely taste anything like eggs. Yet, the first species of eggplant introduced to Europe by the Arabs in the Middle Ages were small and white and did resemble eggs.

Eggplant is botanically a fruit, not a vegetable, and a member of the nightshade family that’s closely related to tomatoes and potatoes. First domesticated in the Asian subcontinent thousands of years ago, eggplants made their way to China and the West along ancient trading routes. Today, eggplants are available in a wide range of colors and sizes and about 20 species are widely cultivated in warm and temperate climates.

Four of my favorite eggplant dishes highlight the diverse geographic origins and culinary applications of the fruit. Let’s start with the fruit’s land of origin. India has gifted the world many culinary treasures.

The eggplant has long been a staple of Indian cooking and one of its tastiest manifestations is baingan bharta, a delightful concoction of minced eggplant grilled over a direct fire that’s blended with chopped tomatoes, onion, ginger, garlic, cumin, cilantro, chili pepper and mustard oil. As in many Indian dishes, flavors are complex and stimulating.

Another irresistible Asian eggplant dish is Thai spicy green eggplant with basil. This recipe includes tender soft-skinned green eggplant that’s quickly stir-fried with garlic, chilies and fresh basil. The result is a remarkably aromatic dish where the original fresh flavors of the green eggplant are still easily distinguishable. Both baingan bharta and stir-fired Thai green eggplant feature a healthy dose of spices so a suitable accompanying wine must have the fortitude to stand up to the spices while also embellishing the taste and texture of the eggplant. Dry white wines with good fruitiness and acidity fit the bill, for instance a Pinot Grigio from northern Italy or an unoaked Chardonnay.

Three classic European eggplant dishes are easy to pair with wines. Head to any Greek restaurant and you’re sure to find moussaka on the menu. This Hellenic comfort food comes in many versions, but most are a mixture of eggplant, minced lamb, onions, tomatoes, cheese, a béchamel-like white sauce and spices.

What moussaka is to Greece, parmigiana di melanzane or eggplant Parmesan is to Italy. In this casserole dish, eggplant is sliced and fried in olive oil then successively layered with tomato, basil and mozzarella and Parmesan cheeses.

Freewheeling Italian chefs often add additional ingredients to the layers. Sicily, Naples and even Parma all claim this dish as their own but regardless of its origin eggplant Parmesan is beloved in Italy and around the world.

France boasts its own eggplant dish, none other than ratatouille. Ratatouille is a thick vegetable stew from southern France. No seminal recipe for this dish exists but ratatouille is always based on eggplant. One of the most common renditions includes sliced or diced eggplant, zucchini, tomato, bell pepper, onion, garlic and assorted herbs and spices.

The savory and texturally lush characteristics of the Mediterranean eggplant dishes make them easier than their Asian counterparts to pare with wine. Once again, dry whites do nicely but so do some reds. There’s a popular red that pairs flawlessly with numerous Asian and Western eggplant creations. The not-so-surprising key to pairing success is freshness.

Italy’s most famous red wine grape is Sangiovese and the most famous representation of this variety is Chianti. Sangiovese is an ancient grape that’s a mutation between native varieties from the southern Italy region Calabria and the Tuscan Ciliegiolo grape. Recent DNA tests suggest genetic relations to several other indigenous Italian varieties. The earliest cultivators of the variety were most likely the wine and food-loving Etruscans who lived in pre-Roman time in central Italy.

The first mention of Chianti was in a 14th century Mazzei family purchase document. Early versions of Chianti ranged from light rose wines to denser reds, then in the mid 19th century the legendary Iron Baron Ricasoli created the first official formula for Chianti. The baron-stipulated Chianti wines should be mostly Sangiovese. Over the years the official formula for Chianti wines has evolved but Sangiovese remains the principal grape.

My earliest memories of dining in Italian restaurants are filled with images of squat straw bound bottles of Chianti.

These attractive bottles hid a nasty secret inside, an indifferent and insipid wine. Indeed many Italians called these bottles fiasco, which according to the dictionary appropriately means a complete failure. The damage to the Chianti brand was severe. Reputational recovery started in 1966 with the implementation of the DOC regulations and since then there’s been a welcome quality amelioration. In 1996, Chianti wines achieved the coveted DOCG status.

At the top of the Chianti pyramid are Riserva and Gran Selezione wines, which are some of Italy’s best red wines but these two apex Chiantis are overkill for most eggplant dishes. Instead, because of their lighter and fresher qualities, basic Chianti or Chianti Classic wines would be my pick to accompany most European and Asian eggplant dishes.

﻿
Special Reports
ADVERTISEMENT
Chianti raises glass to world of eggplant
Keep calm and cook with yellow rice wine
Tasty braised goose dish is fit for a king
Gourds a gift to delight and refresh
For a spice of suancaiyu, Tai Er hits the spot
Chilling out with a drink of tea
Keeping it clean in the kitchen
Summer freshening cucumbers and wines
Toast to hygiene and good health
Tasty French plates, natural wine and fun
EXPLORE SHINE