Explore soul of Hangzhou hidden in its caves

With the curtain of autumn well and truly open, eager tourists are keen to take in Hangzhou’s hidden natural sights. For adventure seekers, an outdoor experience remains a unique getaway from the city — underneath the soil. Inside the fantastical landscapes of the city’s subterranean limestone caves and mountain caverns exists a mysterious world. For a journey of discovery, why not visit these mysterious caves throughout Hangzhou? 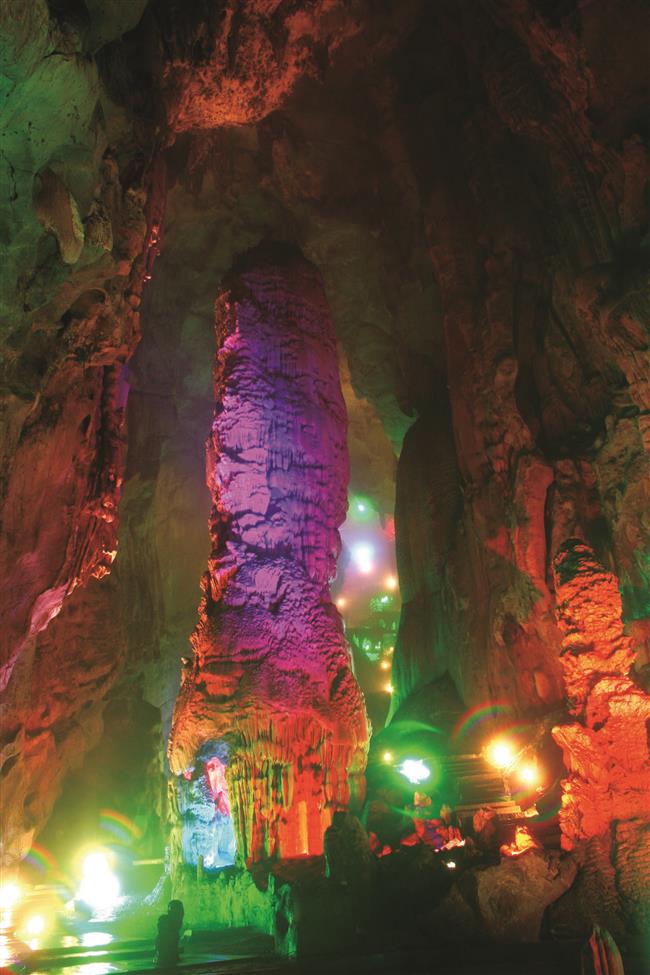 Known as “Lingshan Dreamland,” Lingshan Cave boasts Asia’s largest stalagmite, a limestone structure with a diameter of 6 meters and a height of 24.5 meters, which can barely be encircled by 12 adults.

Unlike most other grottoes, Lingshan Cave resembles a mine shaft, with a depth change of 109 meters. The walls of the cave are lit by colorful lights, and the space itself is so large that it is divided into five sections. It covers 4,000 square meters.

Stalactites lining the walls resemble life-like flowers, birds and beasts. Other interesting stone formations include a wall of “instruments,” a stone “waterfall” and a 50-meter-tall rock ladder. 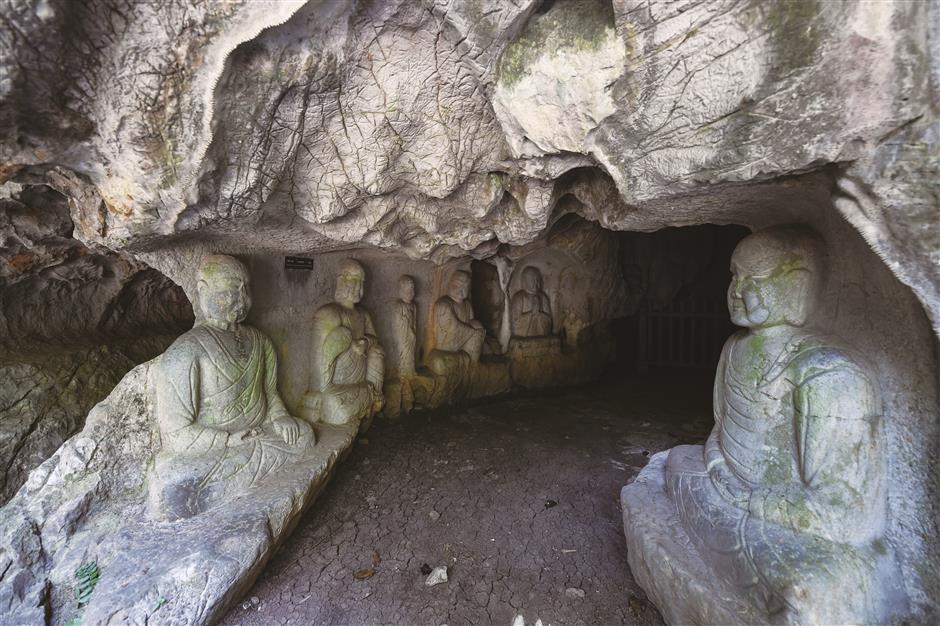 Feilai Peak is home to Lingyin Temple, one of the oldest and most significant ancient Buddhist temples in China. Legend has it that there were once 72 caves beneath Feilai Peak, where “every stone is surprising, every tree is ancient, and every cave is strange.”

While many of these caves have collapsed over the years, there remains a cluster of caves lining the mountain’s southeastern face. Each cavern is filled with peculiar stone formations, and each has a tale behind its discovery and naming.

Huyuan Cave, for example, gained its name from a folk tale about a monkey, his owner and a prefecture chief playing chess.

The mountain’s three main caves are Qingling, Yuru and Longhong. Ligong Tower, which stands at the mouth of Longhong Cave, is the only existing Ming Dynasty (1368-1644) tower in Hangzhou. Many other smaller grottoes, carved with Buddhas and other local characters, can be found throughout the peak, with plaques explaining major artifacts.

One of the oldest in Hangzhou, Yanxia Cave was discovered in the late Five Dynasties and Ten Kingdoms period (AD 907-979) and was named Yanxia — meaning smoke and sunset glow — for the quality of dim, hazy light that shines through its stalactites.

Together with Shiwei Cave and Shuile Cave, they were known as Yanxia Three Caves. Visitors can have a bird’s-eye view of the West Lake from Yanxia Cave.

The cave is filled with life-like stone Buddha carvings from the Five Dynasties and Ten Kingdoms to the Song Dynasty (960-1279) and shown in poses ranging from sitting in contemplative meditation to petting lions.

The cave is also where you will find China’s oldest luohan (Buddhist arhat) figure. It is said that this cave was one of Chiang Kai-shek’s favorite sites in Hangzhou. 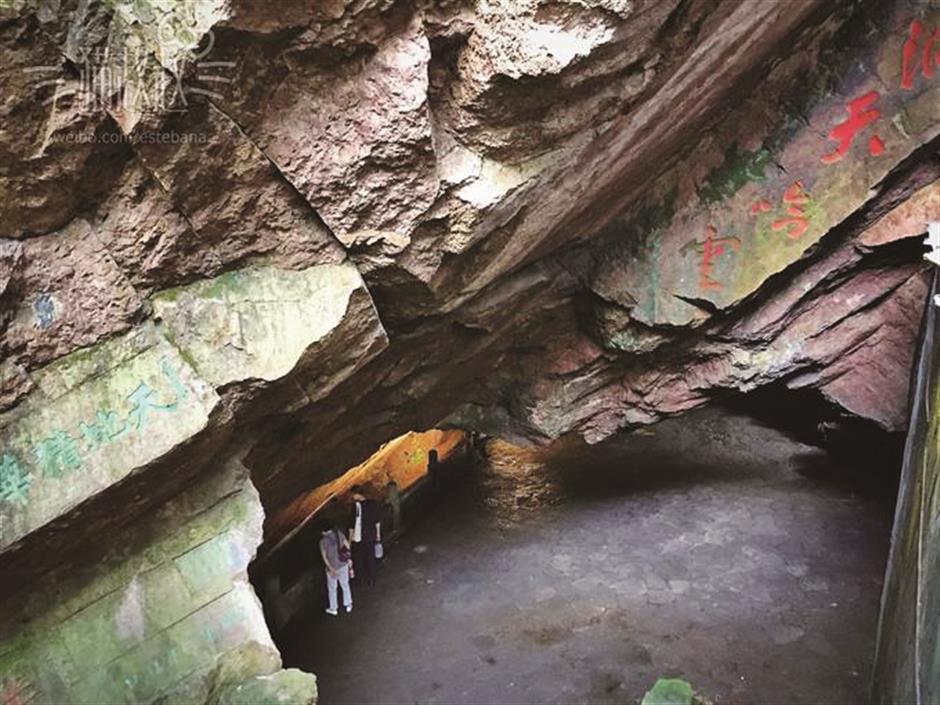 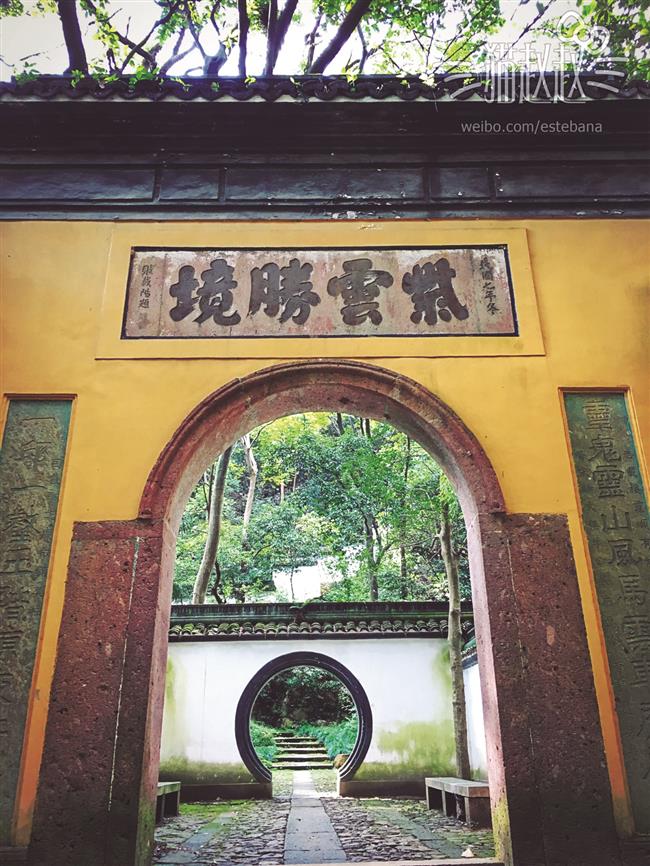 The hill is full of odd boulders, scattered in its bamboo forest, but it is ultimately notable for the multitude of caves it holds.

Upon entering the hill, a path heading west leads to the Bianfu Cave, or Bat Cave, though more tourists can be found inside hiding from the summer heat than bats during the summer time.

Other caves include Ziyun Cave, Jingu Cave, Xixia Cave and Huanglong Cave. Ziyun (purple cloud) Cave is the most notable. Despite its low ceiling, it is the deepest of the caves and boasts a gallery of faintly purple rocks, as well as a small spring.