Most of Metro Line 9 runs parallel with other lines in the downtown area, but when it hives off on its own, it is the only rapid transit that takes you all the way out to Songjiang District.

The terminus there is only the beginning of an extraordinary trip back to prehistoric times to glimpse how Shanghai’s ancient ancestors lived during the Stone Age. And that’s just one of many diverse attractions awaiting you in Songjiang.

Sheshan Hill and its surrounding attractions

Sheshan Hill is only about 100 meters high, much lower than most skyscrapers in Shanghai’s financial district, but it looms large over the 4-meter average natural elevation of Shanghai.

Covered by thick forests, the hill boasts one of the oldest basilicas in the city and a 120-year-old astronomical observatory. Newer attractions, such as a theme park, a botanical garden and a “groundscraper hotel,” keep the area ever interesting for visitors.

On the western peak of the hill stands Sheshan Basilica, or the National Shrine and Minor Basilica of Our Lady of Sheshan. It can be seen from a distance.

The red brick Roman architecture is surrounded by green trees, creating a somewhat fairy-like atmosphere. Maybe because of its remote location, this grand structure has seldom attracted many visitors. For most of the time, it stands in empty in a sort of serene eternity. Some local Songjiang believers, mostly senior citizens, hike to the top of the hill to pray to Mother Mary. 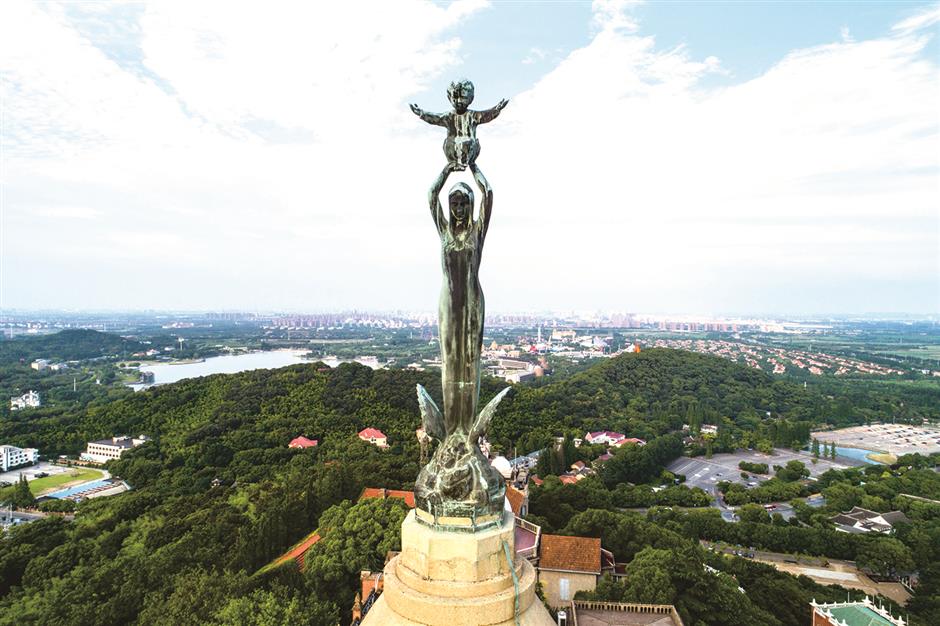 Catholicism was introduced to Songjiang more than 150 years ago, much earlier than other parts of the city. When it was banned in the Qing Dynasty (1644-1911), the religion went underground in the area.

Before the basilica was built, a lone statue of Mary was worshipped in a pavilion on the top of Sheshan. In 1868, when missionaries and churches were under attack in some cities of China, a priest went to Sheshan and prayed to the statue, promising that if his parish survived the crisis, he would raise funds and build a church there. The parish survived, the funds were raised, and the basilica was finished two years later.

Not far from the basilica is Sheshan Observatory. Built in 1900 by French missionaries, the observatory today is home to the Shanghai Astronomical Museum. Apart from the exhibits that tell the history of scientific research in the observatory, an interactive full-dome movie about the starry night sky is a popular feature, especially with children. 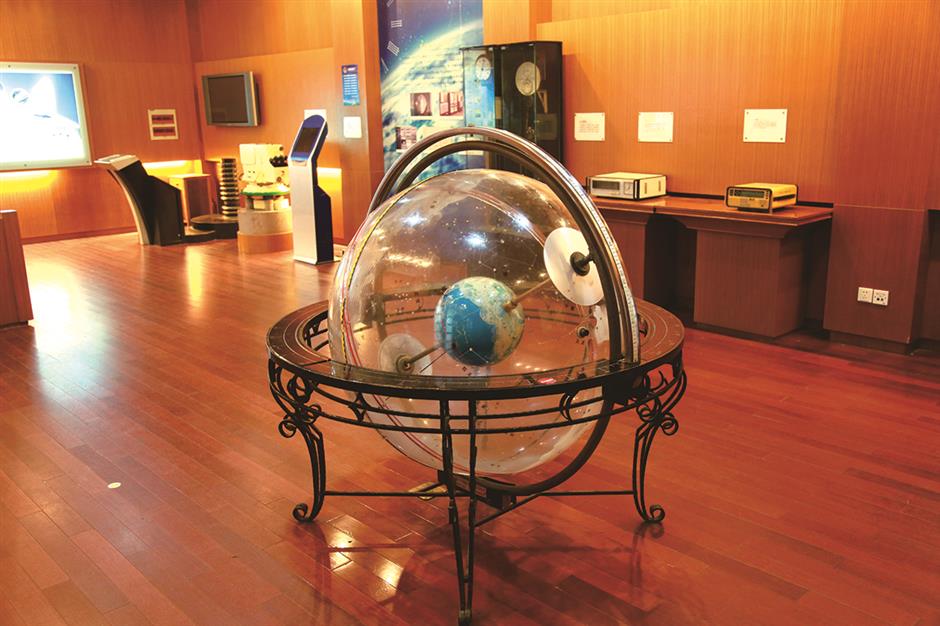 The Sheshan observatory is home to an astronomical museum.

Around Sheshan, there are so many options for visitors: the thrilling rides at the Happy Valley theme park, the rare plants in a huge greenhouse at the Shanghai Chenshan Botanical Garden, and the relatively new InterContinental Shanghai Wonderland, the world’s first hotel built in a disused quarry.

The family-run Zuixianlou Restaurant receives quite diverse reviews online. Customers praise the food but complain that the service is lackluster. The dishes here are typical countryside cuisine, which may be a little heavy for the health conscious, but the organic meat and vegetables are still recommended by many.

Before tourism got into full swing in Songjiang, locals boasted of only two scenic spots apart from Sheshan — Zuibaichi Garden and the Square Pagoda.

The garden houses more than 300 years of calligraphy steles created by several masters.

One is “Red Cliff Ode,” created by calligrapher Zhao Mengfu (1254-1322). It is praised as one of the best examples of xingshu, or semi-cursive script, in Chinese calligraphy. The stele, once inlaid on a wall of the Hall of Four Sides, was secreted away during the “cultural revolution” (1966-76) and hidden in a wall. Later it was inlaid in a corridor that displays all the ancient tablets and steles in the garden. 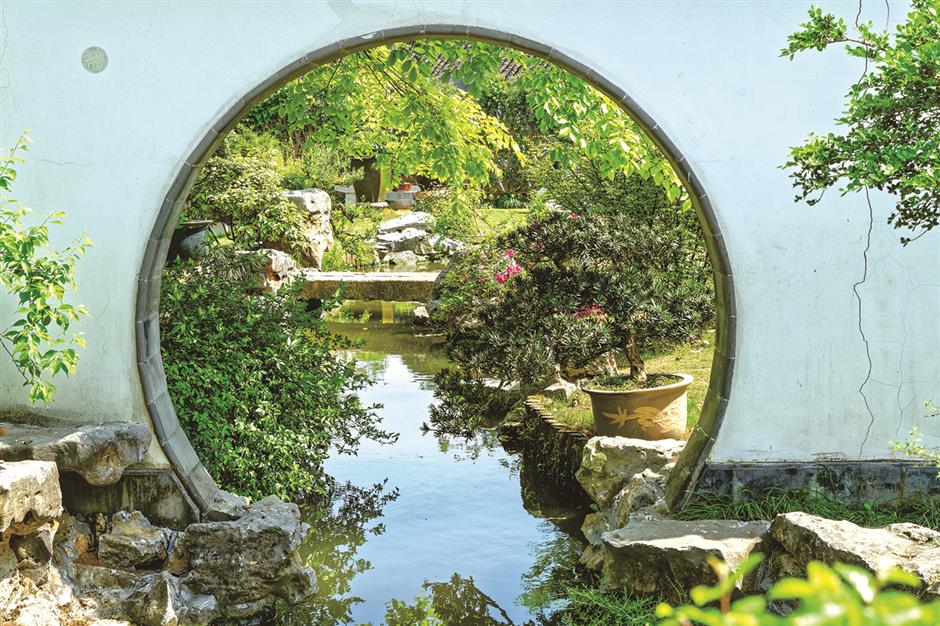 The Square Pagoda nearby is even older than the garden. Originally built around 1068, the sacred Buddhist structure has the earliest fresco found in the city and many relics in an underground crypt, which is now closed to the public.

If you think ancient pagodas and gardens are quite common in China, the Songjiang Mosque in the area will surprise you.

At first sight, the mosque is just a Chinese-style building, but if you look closely, you will see its Islamic architectural elements. The minaret that calls the faithful to prayer reflects both Chinese and Islamic styles. The tile carving in Arabic says: “The first mosque Allah incited to build is Masjid al-Haram, the Great Mosque of Mecca.”

In other buildings of the mosque, Arabic calligraphy scrolls are hung in very ancient Chinese-style preaching halls.

It is believed that the mosque was built by a Persian general during the early Yuan Dynasty (1271-1368). The general was with Kublai Khan’s army and later became the director of the area. 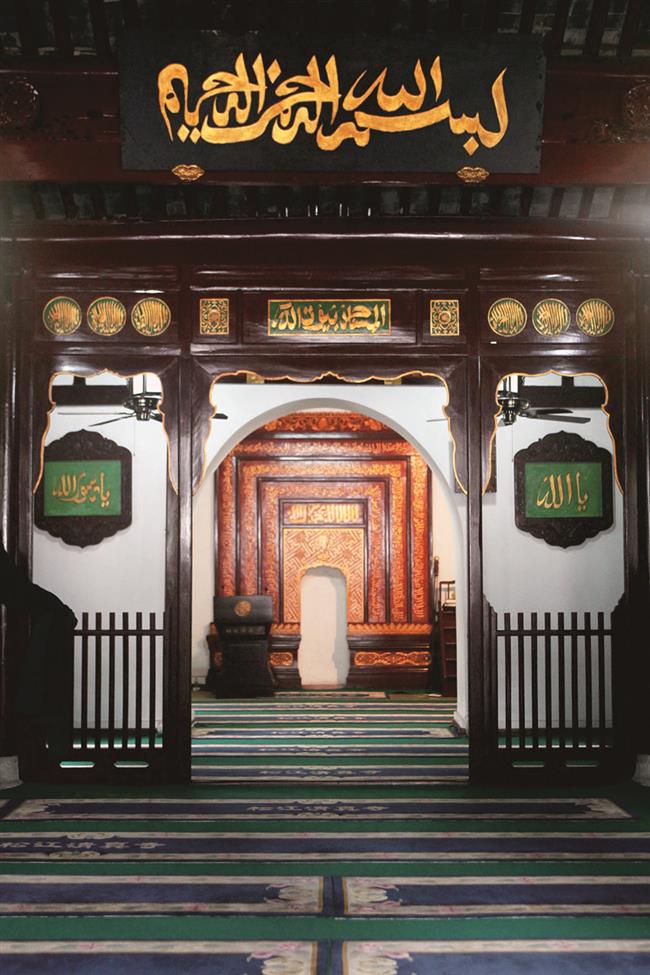 Buildings in the Songjiang Mosque combine both Chinese and Islamic styles.

The Lufengyuan Restaurant is owned by an old antique collector, so visitors might be forgiven for thinking that it’s an antique shop when they first approach it. In fact, the 16-year-old restaurant is a favorite among Songjiang locals.

The seaweed fried dumplings served here are probably the only dish of its kind in China. There is no meat filling. The seaweed tastes soft and juicy. The owner has never revealed how he came to concoct this dish.

Shanghai’s deep roots can be found at the newly opened Guangfulin Relics Park. Archeological finds unearthed in the area date back 4,000 years ago.

In an underwater museum of the park, a replica of an archeological site shows how relics of the Stone Age were discovered in the area during the past century. 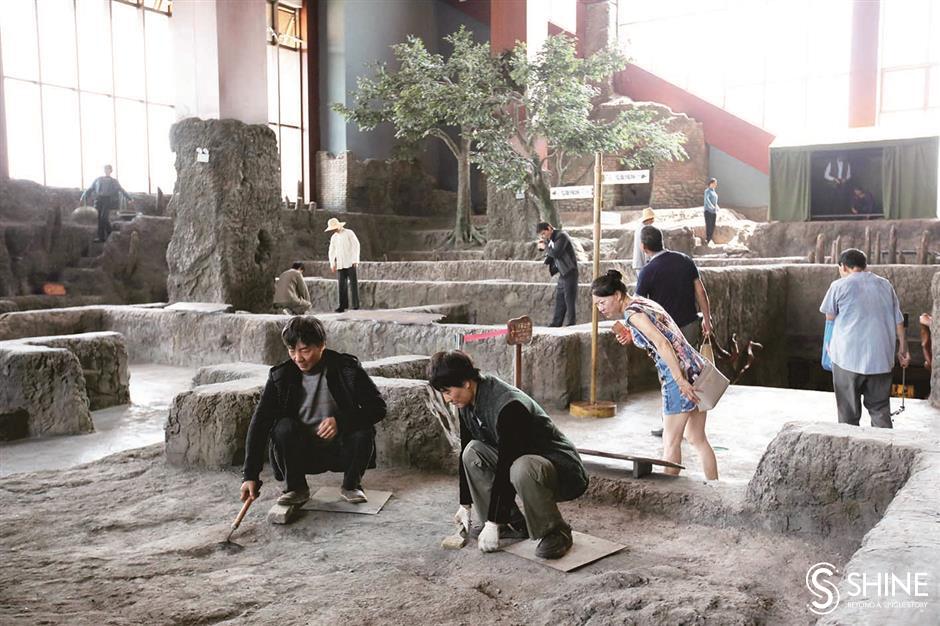 The replica of an archeological site

The exhibitions recreate the scenes of Shanghai’s evolution, from humans living in caves to the modern railway station built in Songjiang.

Vast areas around the park still awaiting archeological exploration that may shed even greater light on the distant past.

Inside the park, the Huguangshanse Restaurant is the most popular eatery. It serves typical Shanghai cuisine, marked by the sweetness so many residents love.

Deep-fried rice balls are ordered at almost every table. The hollow rice ball is as big as a football and so crispy that it can be cracked with a chopstick.