Proceed diligently straight on the path you have chosen

The 46th WorldSkills Competition, a biennial global vocational contest, will be held in Shanghai in September 2021. Three previous winners of WorldSkills awards who have been named ambassadors for the event share their personal stories to inspire more young people to learn vocational skills. 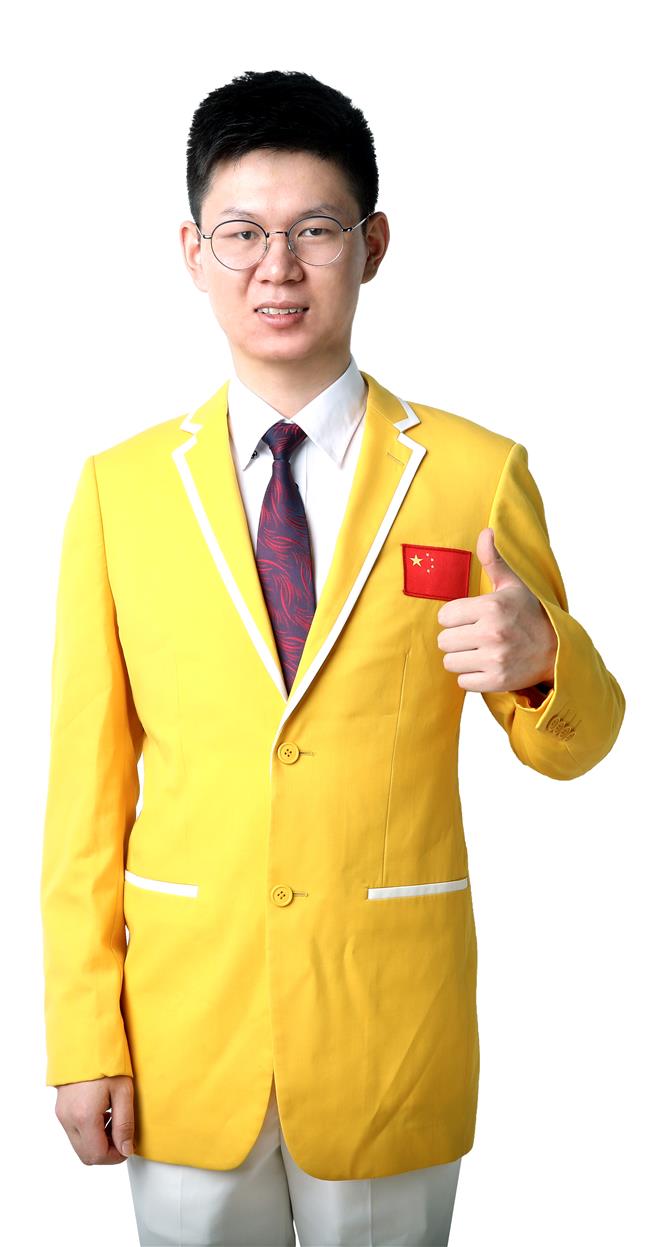 Song Biao, 21, who won a gold medal at the 44th WorldSkills Competition, now teaches at the Changzhou Technician College in neighboring Jiangsu Province.

He started studying mold design and manufacturing at the college’s mechanical engineering department in 2014.

“I did not do very well in the high school entrance exam,” he said. “My score ensured me entry only in a very ordinary high school. So I told my parents that I would like to learn some skills instead. Luckily, they supported me.”

He added, “But many relatives and friends actually felt it was a bad choice because they thought I would become a blue-collar worker, which they didn’t view as a decent job with a promising future.”

Song made his decision about a career path after visiting the factory in Changzhou where his father worked as a technician every summer vacation.

“I was astonished to see that they could make all kinds of components out of tough iron materials,” he said. “I thought it was magical, and I was very curious about their skills.”

Driven by that interest, Song studied very hard. His academic performance and mechanical skills were so outstanding that he had won numerous scholarships.

In 2016, he breezed through provincial and national trials to become the only contestant representing China in the Industrial Mechanic Millwright category at the 44th WorldSkills Competition held in Abu Dhabi in 2017.

There, he won the championship in the category and also the Albert Vidal Award for best all-round performer, with the highest score among over 1,260 competitors.

He is the first and only Chinese competitor to have won the award. A duplicate of the medal has been donated to the Shanghai-based WorldSkills Museum, which will open during the 46th competition next year.

Song’s success was the result of sweat and toil. The competition tested skills in making components, machine installation, welding, turnery, milling, metalworking and debugging, with an allowed 0.02-millimeter margin of error.

“With the development of digital-control equipment and robotics, human beings will be replaced in doing some simple work,” Song said. “But the fine, complicated work that requires excellent techniques, we still have to do it with hands.”

He remembers the training for the WorldSkills Competition as tiring. He usually trained from 8am to 10pm, and sometimes until as late as 3am. Sometimes he had to punch more than 100 holes a day in steel plates.

“I did have thoughts about giving it all up,” he said, recalling how lonely he felt when he was the only one to remain on campus during the winter vacation. “But my coaches told me that I would learn more with every step as I moved forward. My father also told me that I should go straight forward on the path I have chosen.”

He was the recipient of several Chinese awards after the competition, but despite his honored status, he chose to stay at the college as a teacher. He is now an assistant coach for future WorldSkills candidates.

“Now as an ambassador, I hope that my experiences can inspire more young people,” Song said. “I hope my students will choose vocational skills as a proud first choice instead of just an afterthought.”