Chinese consumers have found a way to support the people of Henan Province: buying China-brand products. Among the many, sportswear brand ERKE may become a classic case study of marketing.

Fujian-based ERKE, which promised to donate 50 million yuan (US$7.8 million) in money and goods to Henan that was struck by deadly rain and floods, found its products sold out quickly in livestreaming and other online channels.

Consumers were particularly impressed by the fact that for ERKE – a small and low-profile brand – 50 million yuan (US$7.7 million) is a big sum.

"The brand gains an unexpected popularity and a fortune that can't be valued by money," said Liu Kun, a partner with brand consultancy firm Ries.

ERKE, described as a firm "on the brink of bankruptcy," now has ranked at the top of "hot search" lists on Weibo, China's Twitter-like social media.

In its livestreaming sales channels, products from shoes to sports apparel and slippers to socks all sold out during the weekend.

Earnest shoppers encouraged the company to add sales links to meet surging demand to show their gratitude for the brand's donations and support of the victims in Henan.

On ERKE's platforms in Douyin (Chinese version of TikTok), it attracted 50 million viewers and now has over 9 million fans. Its sales volume on Douyin in recent days has surpassed what it had in the first half since its debut.

Douyin is working with ERKE to provide after-sales and logistics services to offer consumers high-quality products and protect their rights, Douyin said.

Li Wei, a senior official of a Shanghai-based e-commerce firm, bought an ERKE running shoe for 228 yuan during the weekend. He said he will wear ERKE shoes, although he is a long-time fan of adidas.

"I am impressed by the high quality (of ERKE). It changed my impressions of domestic sportswear," Li told Shanghai Daily.

In dealing with the sales wave, ERKE Chairman Wu Rongzhao appeared in a Douyin livestreaming to urge "rational consumption" and express his confidence in China-brand products.

In recent days, many domestic sports brands have become popular, including ERKE, Anta, 361 and Peak, with surging sales.

Consumers also have flocked into physical stores when products sold out online.

An online video shows on July 23 a man paying 1,000 yuan for goods worth only 500 yuan and running out of an ERKE store in Nanjing before the sales clerk noticed it. The clerk wanted to show his gratitude for the donation, according to media reports.

Other domestic brands have also been supported nationwide by netizens, including Huiyuan Juice and Mixuebingcheng, a chain beverage maker.

Li Jiaqi, known as the "King of Lipstick" and an expert in online sales, helped sell Huiyuan Juice in his livestreaming rooms for free.

Huiyuan, which is facing financial problems, announced it will donate one million yuan to help Henan.

"In times of catastrophe, domestic companies, including Huiyuan Juice, are helping the disaster relief. We respect this and hope to do something for them," said Li.

The channel's sales have surpassed 50 million yuan, according to third-party figures.

Low-profile Chinese brands can create "wave and buzz" online with livestreaming and digital economy development if they are really qualified or have unique advantages, according to Shanghai-based Meione.

"I have a new daily plan now: buy sportswear in an ERKE store and a cup of milk tea from Mixuebingcheng," said a netizen in a post on Weibo which received many likes. 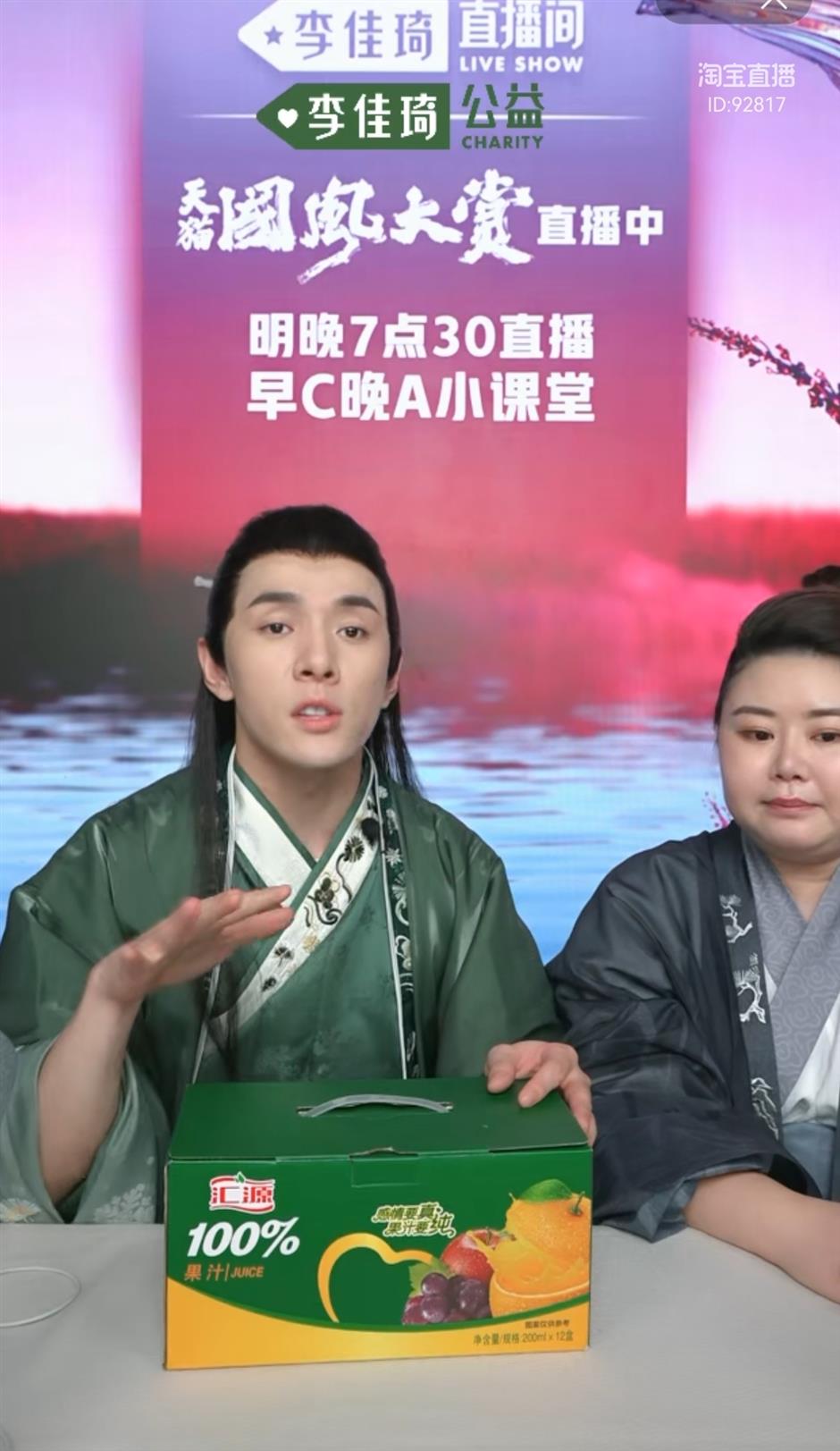