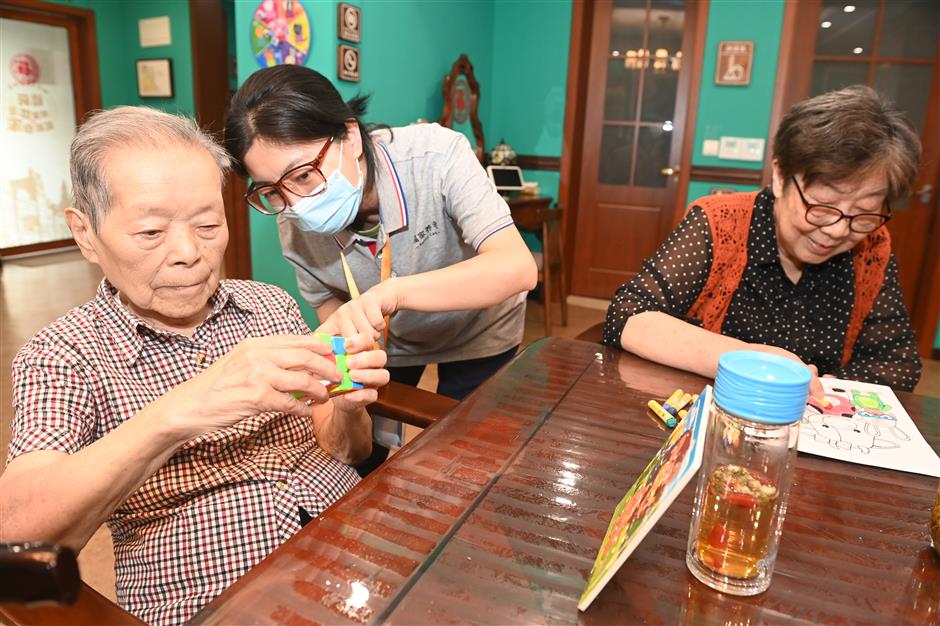 Seniors enjoy a leisure time at a nursing home in Jing'an District, Shanghai.

In a society with a large aging population, Shanghai is going all out to ensure a quality, happy life for its elderly citizens, particularly those living alone.

Shanghai is among the first aging cities in China, and the proportion of aged residents is estimated to rise between 2021 and 2025.

The city's residents over the age of 60 comprised more than 36 percent of the permanent population by the end of last year, hitting 5.34 million.

It's estimated that about 300,000 people in the city suffer from dementia, a figure projected to increase in the coming years.

Shanghai is creating a comprehensive senior-oriented service network amid the growing aging trend and increasing need for efficient, convenient and equitable senior-care services. 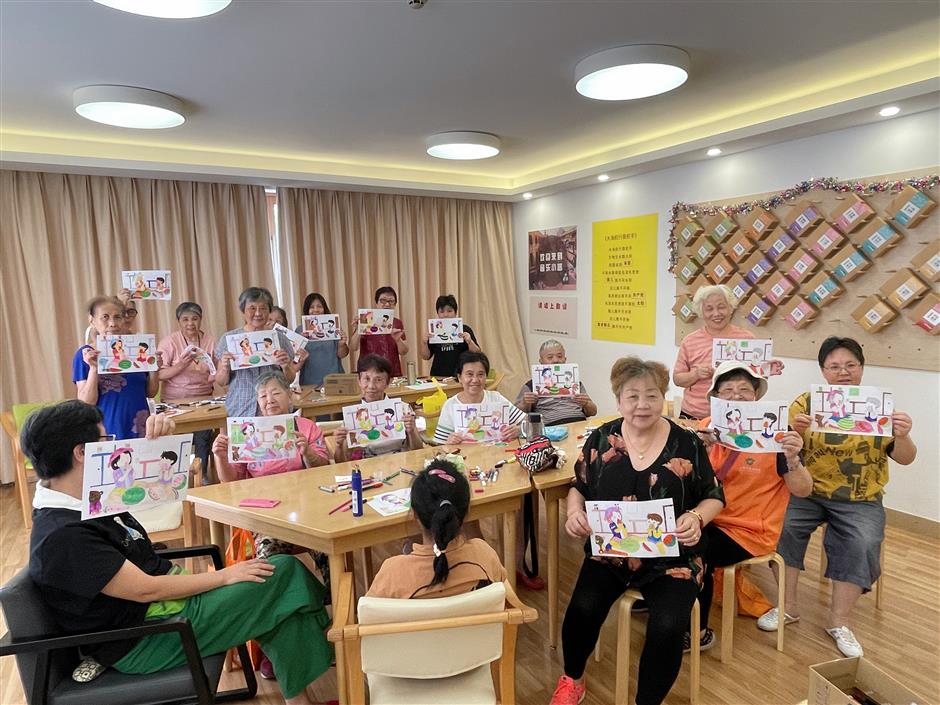 Elderly residents show off their paintings in Jing'an.

A safer and more age-friendly living environment for local older residents is being created citywide as part of a renovation program at seniors' homes, particularly for those living alone.

Under the program starting last year, the upgrade covers toilets, kitchens, living rooms and bedrooms and involves about 60 varieties of more than 200 items.

The prime consideration is given to the areas of safety, convenience and health, said Jiang Rui, director of Shanghai Civil Affairs Bureau.

The improvements cater to both the general and personal needs of elderly citizens.

The basic packages include handrails, anti-skid products, monitoring and alarm facilities against fire and gas leakage, and disaster prevention devices.

Personalized packages include intelligent home furnishings and health-monitoring products and services to satisfy the diversified  demands of seniors. A shower room option is included.

Seniors at or above 60 years old living in the city are eligible to apply for the services.

Seniors without children or with physical disabilities or other difficulties are prioritized.

He Xiaozhu, 83, who has lived alone in Xinzhuang Town, Minhang District, since her husband died, is among the beneficiaries. She had her restroom upgraded and was very happy with the result as the bathtub was replaced by a shower room.

"In the past, it was difficult for me to step into the bathtub, but now, taking a bath is no longer a problem," she said. "The potential hazards of falling down have been eliminated." 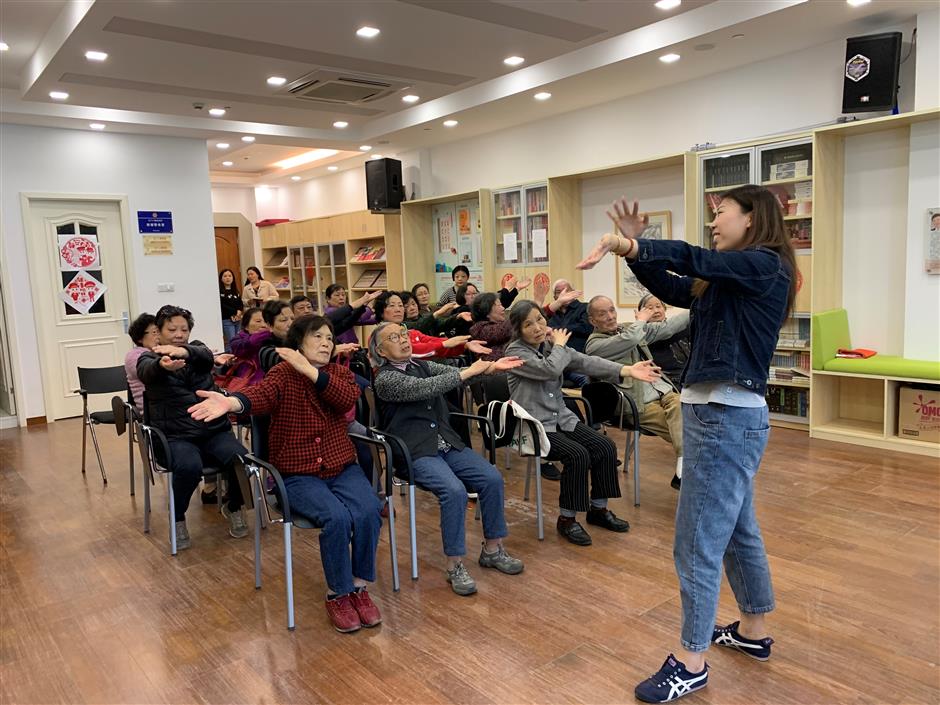 Seniors do exercise at a nursing home in Jing'an.

"I always wanted to have a shower room, but no furnishing company was willing to take the order because it is too small," said He, who is grateful for the renovation project.

At Shuiqing No. 1 residential complex where He lives, seven homes have been upgraded.

"We conducted advanced screening of families who have senior residents living alone, as they are the priority of the program," said Shen Juhong, Party secretary of the complex's neighborhood committee.

Between January and August last year, 4,879 new beds were installed at the city's senior citizens' homes.

Meanwhile, 44 comprehensive senior service centers and 175 canteens were built in the city during the period.

A "15-minute community life circle" is being created across the city, which gives people access to services such as meals, fitness, nursing and health care within a 15-minute walk of where they live.

For seniors living alone, a canteen providing hot meals near their homes is exactly what they need. For those with physical disabilities, meals will be delivered to their homes from community canteens.

Senior-friendly gyms are sprouting up across Shanghai as well. They are designed and geared toward the physical needs of those above 55 and have mostly been built in local communities.

By 2023, there will be at least 70 such gyms in Shanghai, according to the blueprint.

Beyond physical facilities, elderly residents living alone are given more care in the city.

Shanghai's civil affairs authorities initiated an emergency system recently amid the latest wave of frigid weather to ensure the city's elderly residents get through the cold snap safely.

Visits to check up on seniors living alone have risen and the supply of food, clothing and quilts has been increased at senior homes.

Senior-care facilities have been ordered to keep heaters on at all the time and eliminate safety hazards.

Shanghai will further improve its senior-care services with 178,000 beds being planned to meet elderly residents' nursing needs by the end of 2025.

There will be about 500 community-based comprehensive senior service centers in the city by 2025.