Throughout the month of June, the city has seen many of its dining establishments reopen for business. In the city's central districts, these food and beverage (F&B) locations, however, are largely restricted to delivery and takeaway services only, with some allowing patrons to occupy outdoor seating areas. Indoor dining, as of yet, is still not permitted downtown.

This development, though still not allowing for restaurateurs to return to full operations, is a welcome change from earlier lockdown days when the vast majority of businesses in the food service industry were completely shut down.

Nonetheless, business owners are still feeling the squeeze from several weeks of lockdown, managing difficulties ranging from financial pressure to uncertainty about when they can fully resume business as usual.

I spoke with several bar and restaurant owners in downtown Jing'an District to understand their views regarding the difficulties they've experienced during lockdown and since it was lifted as well as their outlook for the future in the Shanghai F&B industry.

The first and foremost concern is quite obvious ― the financial ramifications of suspending business operations for an extended period of time. Expenses still must be accounted for, including but not limited to continuing to pay part or all of employees' salaries, the loss and replacement of food items that expired during lockdown, and rent payments.

Chris 'Taishan' Atwell and his wife own and operates BnC Coffee & Bar on Xikang Road. The neighborhood establishment celebrated its 14th anniversary in May, albeit during lockdown, and has long maintained a loyal customer base of both locals and expats. Nevertheless, he told me the pressure of accounting for expenses while only being permitted to do very little business in the form of deliveries is substantial.

"We have a private landlord, and therefore we have had to continue paying full rent. Obviously, there's not only a legal but a moral obligation to carry on paying our employees," Atwell said. "There are a number of families that rely on us being open, and therefore, over the time we've been closed, we've obviously made some significant losses." 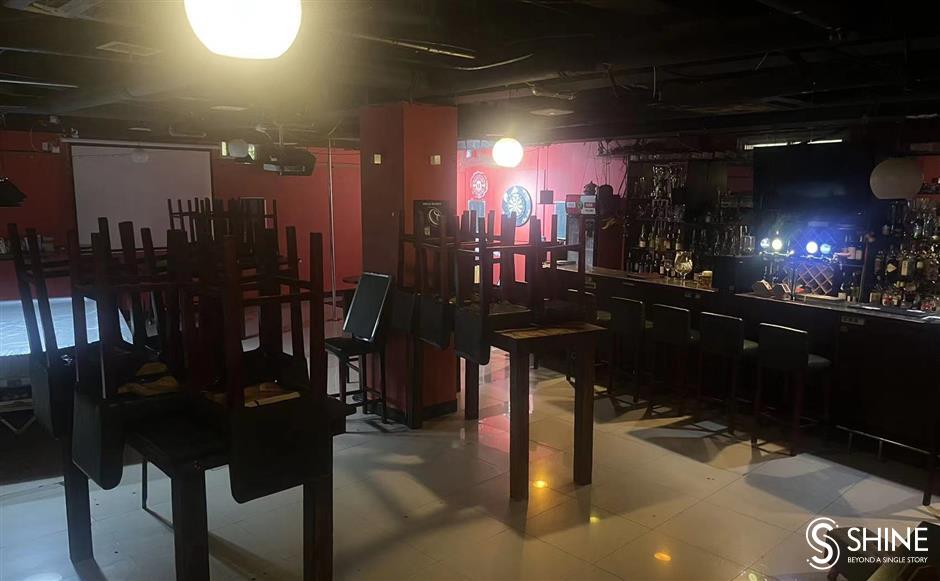 BnC Coffee and Bar is still closed. Pizza Topolino, located in the same building, is open for takeaway and delivery.

His sentiments echo those of many local proprietors. Businesses located in government-operated buildings have received months of rental reprieve, but many in privately operated facilities have remained on the hook for part or all of their rental payments.

Some relief has come now that delivery and take-away services have resumed. In some areas, outdoor dining is permitted as well, but many establishments aren't located in areas that have or allow outdoor seating, and in some areas, outdoor dining is still not yet permitted. The uncertainty surrounding the gradual reopening of services after the recent COVID-19 surge has been cause for concern for business owners and customers alike. At BnC, the Italian restaurant located inside has provided delivery service, but customers remain antsy about returning to their barstools and tables.

"Part of the BnC establishment is Topolino, which is a pizza restaurant at the front of the bar. That's managed to carry on doing take-away business and delivery... but it's been tough," Atwell said. "I think it's tough because there's an expectation within our customer base... as to when things are going to open up properly and they are allowed to socially interact again and come and enjoy their time when they're not working.

"It's sometimes quite tough to try and answer questions from customers as to when you are actually opening. Clearly, no one knows what's going to happen with COVID anyway, and it could flare up again, so we totally understand that, but it's difficult in terms of being able to explain to customers what's happening." 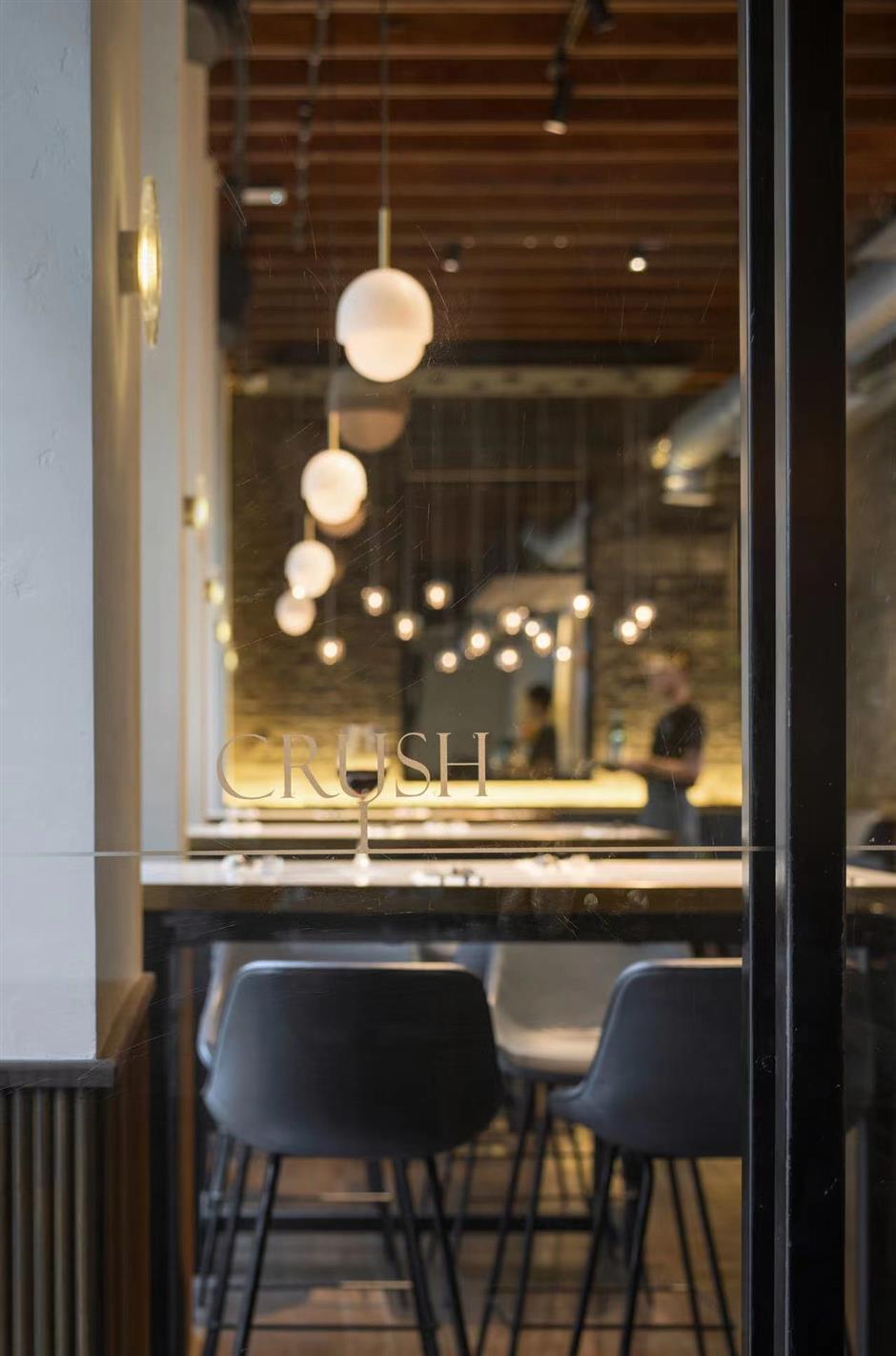 Elliott Shay, owner of Crush Wine Bar, a fine dining establishment on Shaanxi Road N., agrees that uncertainty is the biggest issue facing many F&B businesses at present. For higher-end restaurants like his, delivery-only restrictions present a separate challenge.

"It's kind of impossible to plan. It would be more helpful if you knew, okay, this is what's going to be happening, because... when you come to work that day and you find out, I don't have two bartenders, I lost a chef, which is all understandable. But the thought that restaurants in the city can run with just delivery? It's not possible, especially when you do food that's not really delivery-based," he said.

"Shanghai is an expensive city, and in the best of times, having a full house ― some people can be full and still lose money. So to (get by) just with home delivery is a bit of a struggle."

Planning is certainly an issue for business owners in these uncertain times. Be it services, business modes, or events, the ever-changing nature of the pandemic has altered, postponed, or outright led to the cancellation of plans for many.

Sunny Li, an owner of Grand Yard Café and Bar, also in Jing'an, has had to reshuffle his plans for his establishment during this time.

"We had a lot of new plans, new ideas, new menus that we wanted to introduce, and that all got stuck in a hole, so it's really frustrating, because you have so many plans that you want to put out and start doing, but then you're shut down," he said. 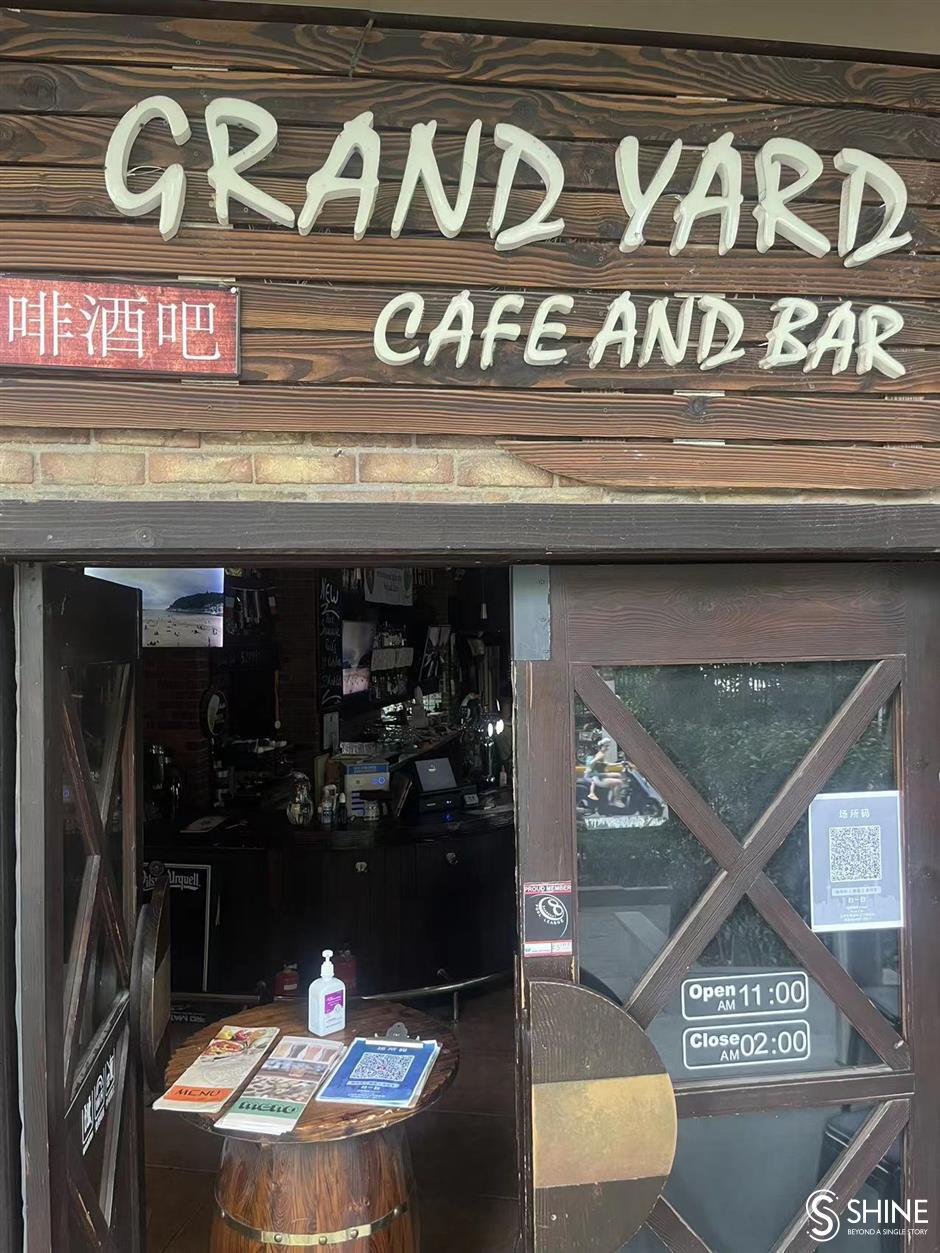 Grand Yard Café and Bar has reopened, but no indoor dining is allowed.

Grand Yard, another local favorite sports-themed bar and restaurant, had planned on implementing some changes to their already-popular location, but the virus surge has put some of those changes on hold.

"Since the first of June, we were allowed to do take-out. It is a challenge because our main business was basically sit-in, and to transform that and to transition into a more online-centered business environment more focused on food is okay, but getting the supplies in is still tough. You cannot get everything you want, so it creates a lot of challenges at this moment, but it's better than being closed," said Li.

In these tough times, it's important to support local businesses, be they manufacturers, eateries, or other establishments. Kia Parsai, founder of Shanghai Love, agrees.

Parsai, who began Shanghai Love as a locally sourced brewery in 2016 that offered products to F&B locations around the city, opened a brick-and-mortar bar/restaurant on Maoming Road N. in 2021. There, he serves almost exclusively local products, including his locally brewed beer and high-end Chinese wine from the Ningxia and Xinjiang regions.

"We're trying to push the boundaries of what the local market can bring to the world. Everything that we do is about supporting locals," he said. Despite hardships associated with expenses and issues related to the shelf lives of stocked goods during the period of inactivity, he remains optimistic about the future of the city's F&B industry.

"Of course it's very difficult to have to close down, and you have a lot of staff to take care of, you have a lot of overhead, you have your rent, you have the stock that you have with regard to food and drink. They all have a shelf life, so there's definitely going to be some loss. So that was a bit tough to withstand," he said.

About the future of the industry looking forward, he added, "I think we're going to bounce back very strongly. I think this is not too different from the last time we went through a similar crisis. When it ended, everyone was very anxious to be out. So unless there's something that happens and we have to lock back down again, I think the future is very bright, and we're going to all come out of this together."

Some of the dining establishments that have reopened 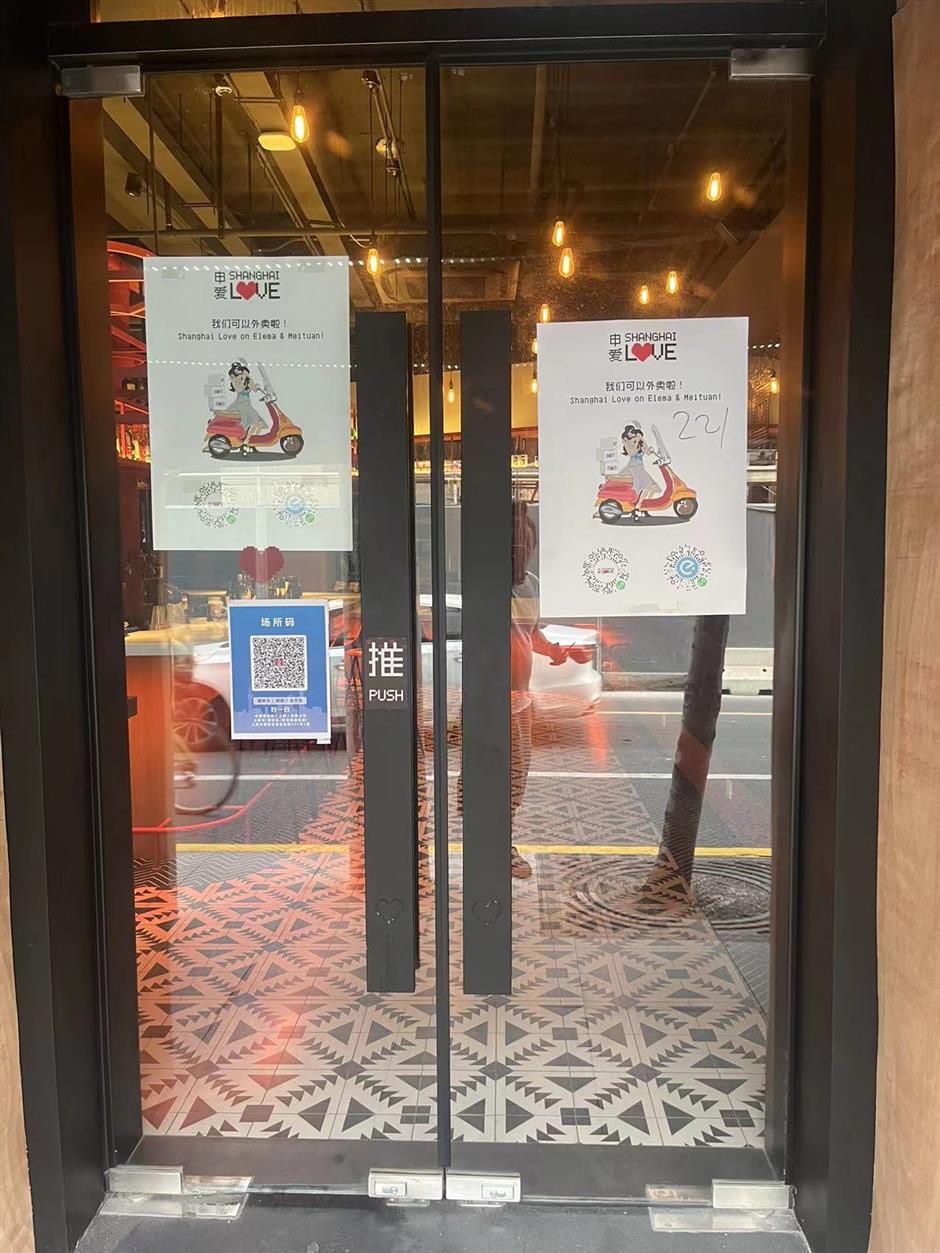 Shanghai Love reopens with takeaway only.