Pandemic-hit classical music scene plays on, audiences or not

Zhou Ping looks unusually calm for an orchestra head whose music director and conductor for the grand opening performance is stuck in another city due to the pandemic.

"Imagine a student facing a big test. You feel you are near breakdown every day before the test. And finally when that day arrives, you are just so overwhelmed. It's ultimate tranquility," the head of Shanghai Symphony Orchestra told Shanghai Daily on Wednesday.

It was five hours before the 13th Music in the Summer Air (MISA) festival was due to open – to an empty concert hall – while thousands of livestream viewers waited on various social media platforms.

It was the first performance of the full orchestra since the sporadic pandemic resurgence early in the year led to concert interruptions, and then an unexpectedly long lockdown in Shanghai.

The orchestra was hailed by music fans in early July when it announced the live return of MISA, held as usual in 2020 and 2021. But the recent new resurgence in the city brought new uncertainties, and the two-week festival was turned online.

"It's been twists on top of twists and turns on tops of turns," Zhou said, adding she hadn't given up hope on a pleasant surprise.

The orchestra had a rehearsal of its COVID contingency plan the day before MISA opened – in preparation for the thin chance that live audiences would be allowed back into concert halls in the middle of the festival.

That chance just got brighter on Thursday afternoon, as the festival confirmed it would gradually admit live audiences, pending latest pandemic measures. 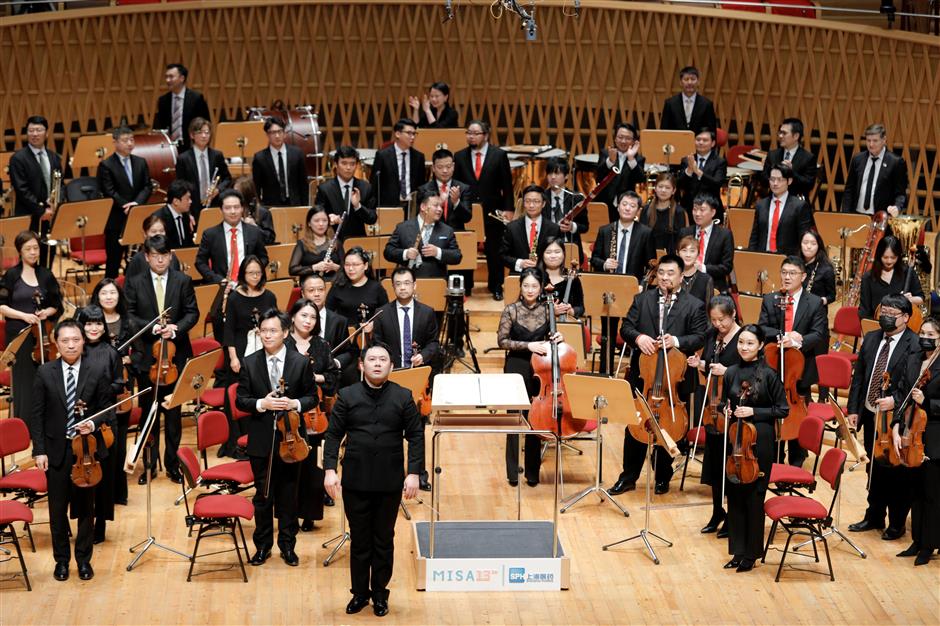 It is the first performance of the full Shanghai Symphony Orchestra since the sporadic pandemic resurgence early in the year led to concert interruptions, followed by the unexpectedly long lockdown in Shanghai.

Paris-based Vivienne Qiao was one of those waiting fans on Wednesday evening. A Shanghai native and loyal supporter of MISA, she used to go to the festival every summer, even flying back once when studying in London.

"Livestream is still different from live. The visual gets blurred here and there and the sound certainly can't be compared with the audiovisuals in a concert hall, but I just can't help getting so touched and excited," she told Shanghai Daily shortly after watching it online thousands of miles away.

"Especially when the brass joins near the end of the first movement after a brief darkening mood, ending it with a sense of youthful vitality – and in this special occasion, a sense of celebratory reunion. Far away, in front of the screen, I can't help sharing that joy of the full orchestra, every single instrument, striking notes together on the stage again."

She is referring to Mahler's Symphony No.1 "Titan" in the opening concert. The program, featuring renowned mezzo-soprano Zhu Huiling, also includes Wagner's "Wesendonck Lieder" and "Solveig's Song" from the "Peer Gynt" suites.

It was planned to be under the baton of the orchestra's music director Yu Long, who launched the festival 13 years ago. Unable to return from Beijing in time due to pandemic, he is missing MISA for the first time. Assistant conductor Zhang Lu was notified three days ago to stand in for the maestro.

"I can go and sleep at home today," Zhang said, just before running to the final rehearsal. "To avoid uncertainty on my side as much as possible, I've been sleeping in the hotel for the past two days. There are so many uncertainties that go beyond the usual realm of a conductor's task, you just have to be prepared for everything."

Something unexpected happens every half day, according to Zhou, making it impossible to have even backup plans. Foreign performers are unable to return in time. Guest orchestras and performers from other cities have to cancel or turn online. It's also uncertain which orchestra member might get stuck in his/her neighborhood all of a sudden.

"Who knows," Zhou said. "We have backup A to D for every performer. We are borrowing performers from other orchestras. And we don't even have backup plans anymore. Instead, we have the best scenario and the worst, and try to plan by fluctuating in between."

She added, "We had been planning and re-planning since January – there were so many versions of the plan, but there was never one to cancel." 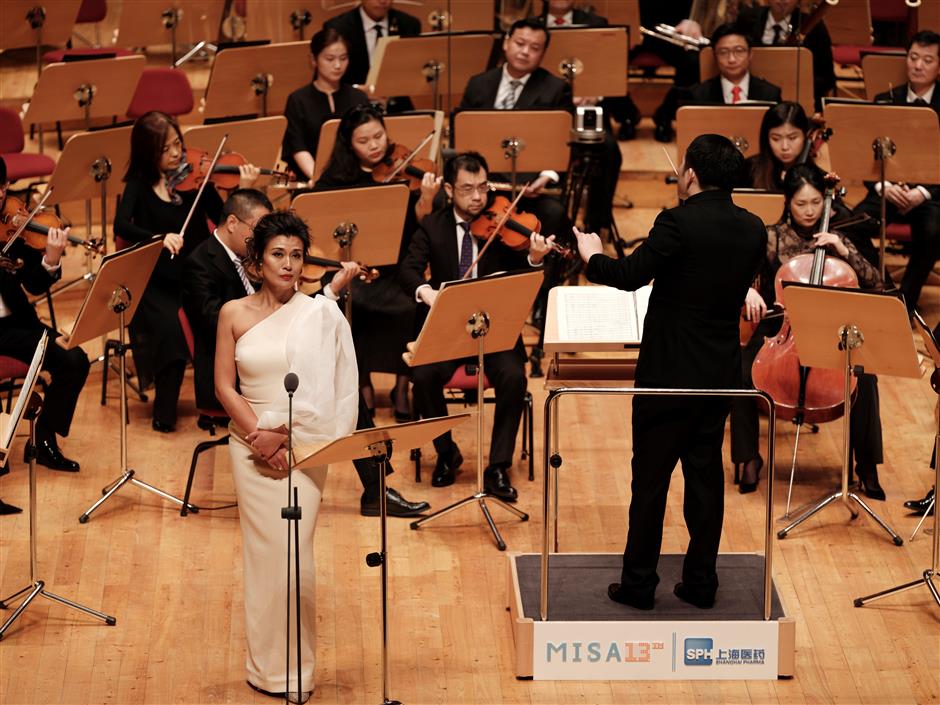 Such challenges and many others have become familiar to musicians around the world who have been hit heavily by COVID-related uncertainties in the past three years. Some call its impact on the music industry, and particularly classical music, turbulent, while others simply say disastrous.

Festivals and music seasons were delayed or canceled. Tours are almost impossible due to travel restrictions and the uncertainties of quarantine rules in other places. Even rehearsals are challenging during lockdowns.

It all makes the return of the summer music festivals this year merrier. Big festivals like the BBC Proms were launched in full season offline for the first time since the pandemic. But the impact remains as orchestras and festival organizers around the world talk about diversification and more sustainable ways to reach a wider audience.

Part of the answer for Shanghai Symphony Orchestra is to make online and offline events complimentary rather than be competitive with each other, and to make closer connections with the next generation of musicians and audiences.

The orchestra and its musicians are no stranger to online concerts or livestream. It began putting some of its live concerts online in 2018, and that accelerated in 2020 due to the pandemic. It was among the first to try a cloud concert series as early as in March 2020, viewed more than 5 million times across different social media platforms.

It has also provided more opportunities to younger musicians like conductor Zhang, born in the 1980s. The festival's closing concert, also planned to be conducted by Yu, will now be under the baton of Sun Yifan, born in the 1990s. Another notable young conductor is 22-year-old Jin Yukuang, who was the festival's biggest surprise for many observers last year.

"These young conductors, born in the '80s, '90s and 2000s are performing throughout the festival, a sign of the vitality and heritage of our music industry," Yu said from Beijing.

"Mahler's Symphony No.1, also known as 'Titan,' is featured in our opening concert, and it is our sincere hope that the city of Shanghai, our orchestra and all musicians, will return to greatness."