On the runway, the fashion of redesigning Shanghai's past

Shanghai is an unusual place. Its hybrid of Eastern and Western cultures, and its blend of history and modernity are found nowhere else in the world. Boasting a history of more than 6,000 years, the city is the birthplace of the unique haipai (Shanghai-style) culture and the cradle of the country's civil aviation industry. It is also where the Communist Party of China was born. In this series, Shanghai Daily explores some of the city's origins and the country's significant firsts. 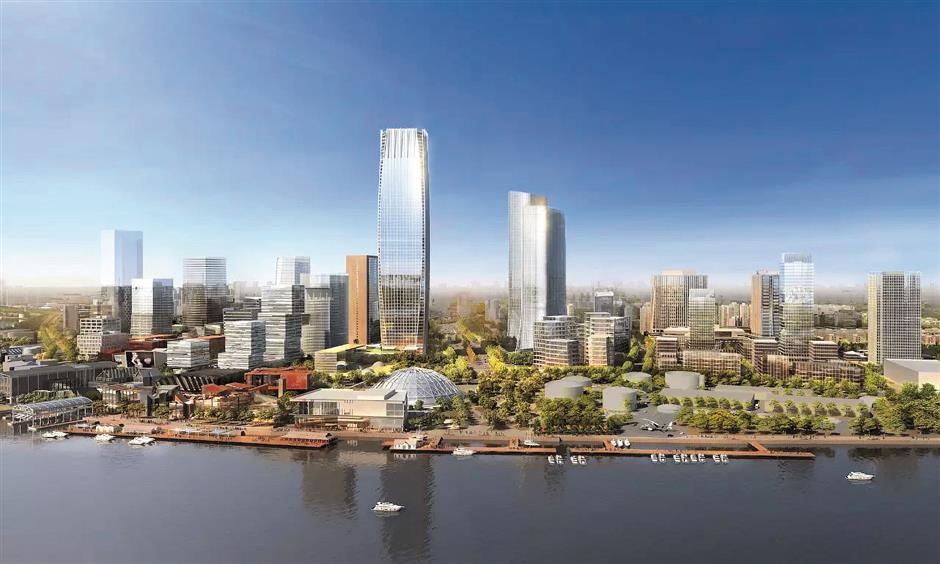 Longhua Airport, one of the birthplaces of China's civil aviation industry on the west bank of the Huangpu River, has now evolved into public green space featuring art galleries and cultural activities. 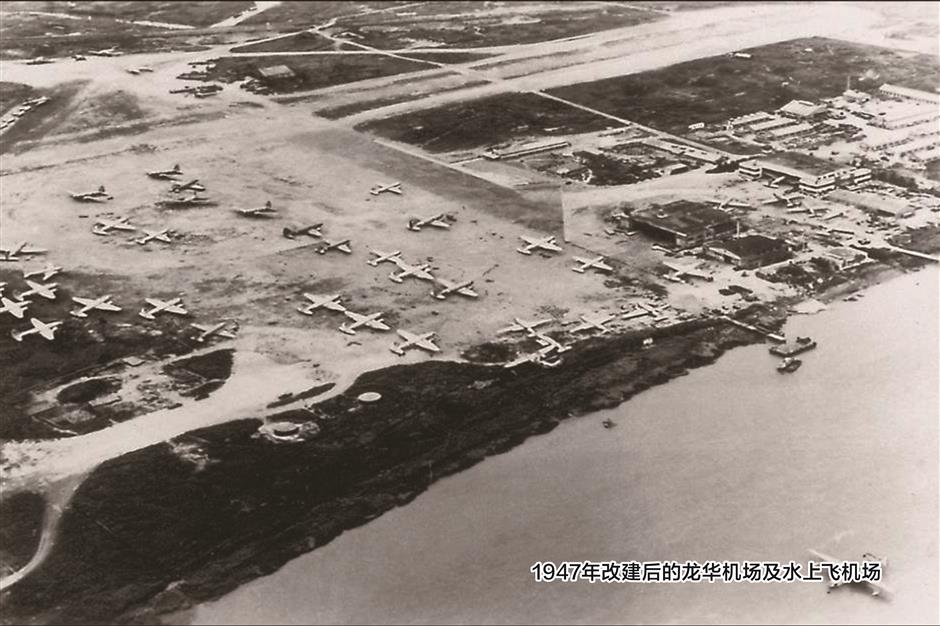 A file photo of a renovated Longhua Airport in 1947

The West Bund riverside area in Shanghai's Xuhui District is always abuzz amid art galleries and related cultural activities. Gone, however, is the buzz of airplane engines.

What is now parkland on the banks of the Huangpu River was the site of Longhua Airport, one of the birthplaces of China's civil aviation industry. In the 1930s and 1940s, the airport was the biggest in the Far East.

The airport, opened in 1922 on a converted military training base, hosted the takeoff of the nation's first domestic flight in 1929 – a hop flight from Shanghai to Nanjing in neighboring Jiangsu Province.

By the end of 1933, the airport was also serving as a base for seaplanes. The runway was extended to 1.2 kilometers mid-decade. 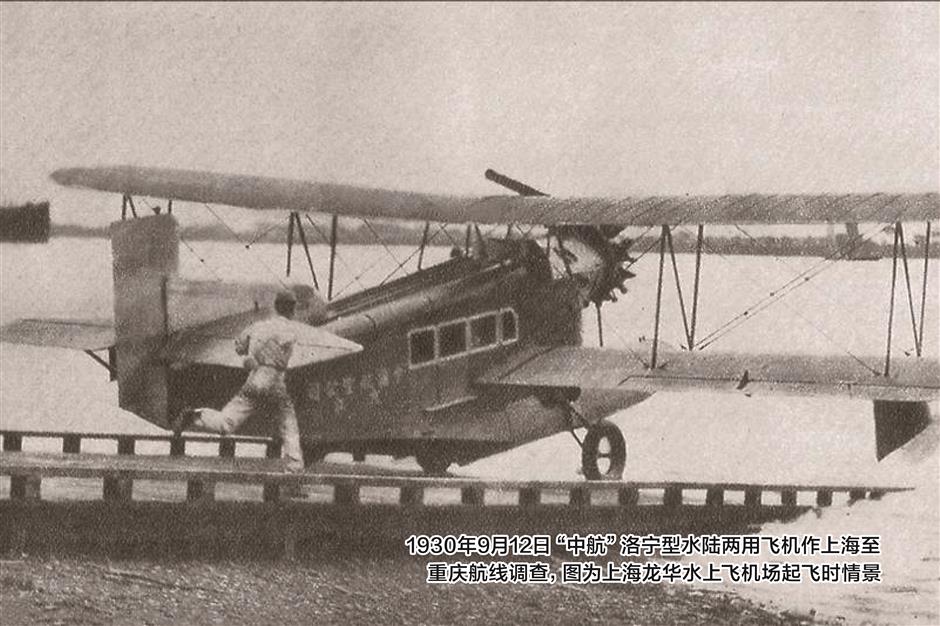 Longhua Airport also served as a base for seaplanes in the 1930s.

Work to transform the old airport site into public green space began in 2015. The resulting 14.5-hectare Runway Park turned the runway into lanes for pedestrians, cyclists and cars.

It is a sunny autumn morning. I am strolling in the park, with golden leaves underfoot. I pick up a tri-cornered leaf and it reminds me of an airplane. This is no geometric coincidence. The designer of Runway Park especially selected trident maple trees to line the three lanes in the park because of the aeronautical shape of the leaves.

The park is so close to downtown Shanghai and yet so far. It's peaceful here, amid a soothing landscape of trees, wetland, lawns and a sunken garden. There's even a playground for children. This green paradise is a scenic escape from the concrete jungle.

The history of Longhua Airport is not completely lost. Original materials from the airport have been used in the design of the park. Damaged sections of the landing strip, for example, have been repurposed into paving stones and benches. 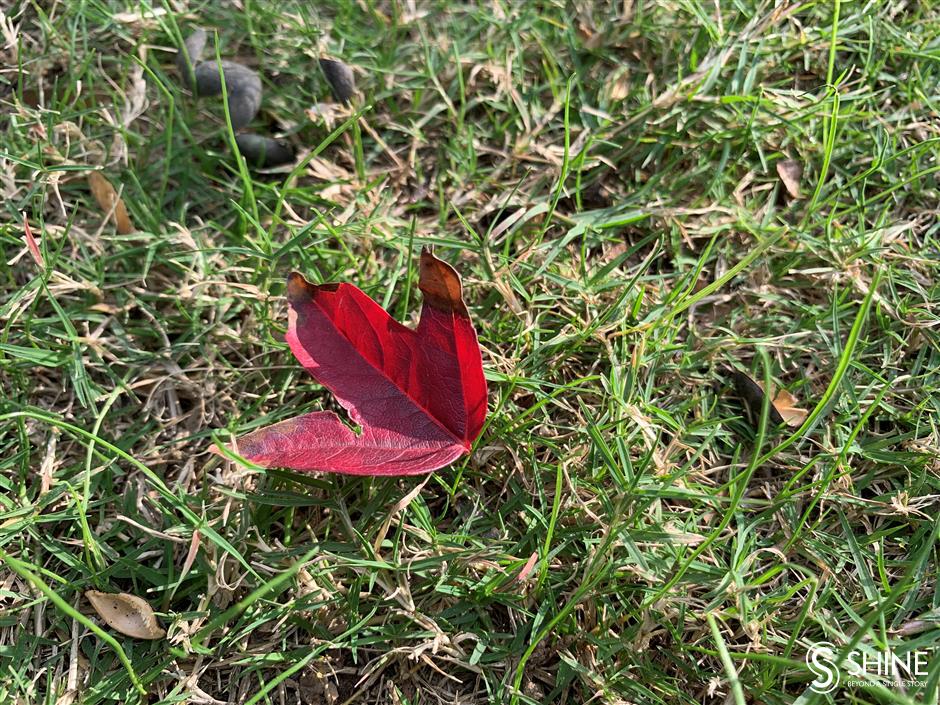 The designer of the Runway Park has especially selected trident maple trees to line the three lanes in the park because of the aeronautical shape of the leaves. 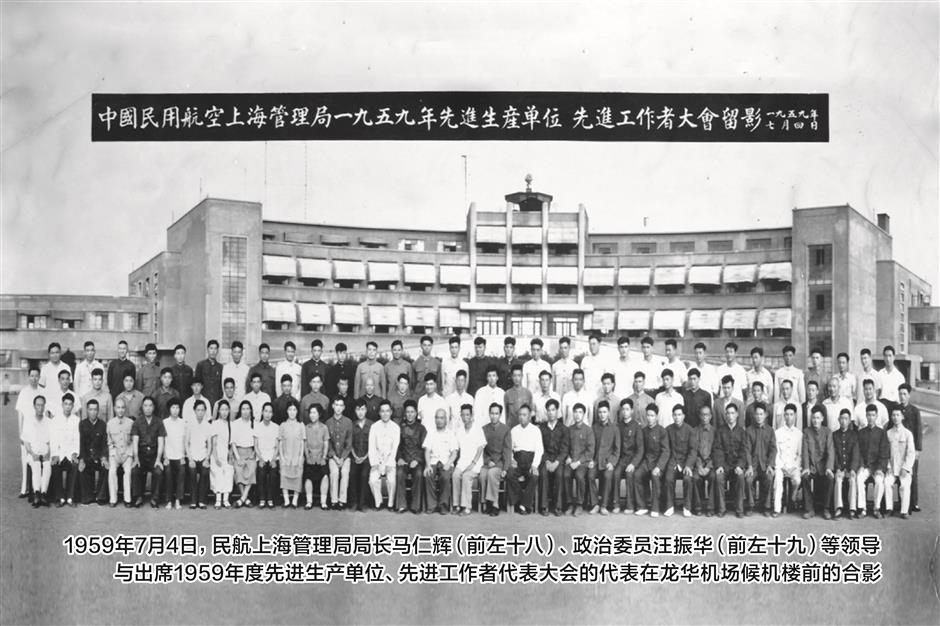 Model workers and representatives from the model units of Shanghai's aviation industry pose for a picture in front of the terminal building of the Longhua Airport in 1959. The building, constructed in 1946, was a popular landmark for the aviation industry to take ceremonial photos.

The major tribute to the old airport is the preservation of its terminal building, constructed in 1946. It is listed among Shanghai's heritage architecture.

The terminal, used as a restaurant and public baths after the airport closed, now sits idle, awaiting its next incarnation.

After the end of World War II and the defeat of Japanese occupiers, Longhua Airport's power supply, radar and communication systems were upgraded. The airport became the busiest aviation hub in China but the largest international airport in Asia.

It was a stopover for many international flights. Northwest Orient Airlines, for example, began service to Longhua Airport in 1947, stopping there on routes from the United States and Japan to the Philippines.

After the founding of the People's Republic of China in 1949, the Shanghai Aircraft Maintenance Factory was established at the airport site. In 1950 and 1951, the factory repaired 17 of China's existing 29 civilian aircraft.

The old aircraft-manufacturing plants have been converted into the West Bund Art Center, a cluster of art galleries and influential design firms.

Opposite the center is the Tank Shanghai art park, highlighting five tanks that were transformed from decommissioned aviation fuel containers into a contemporary art center.

The main gallery of the Yuz Museum, founded by late Chinese-Indonesian entrepreneur Budi Tek, was converted from a hangar of the former aircraft plant. Its enormous structure displays installations collected by Tek. 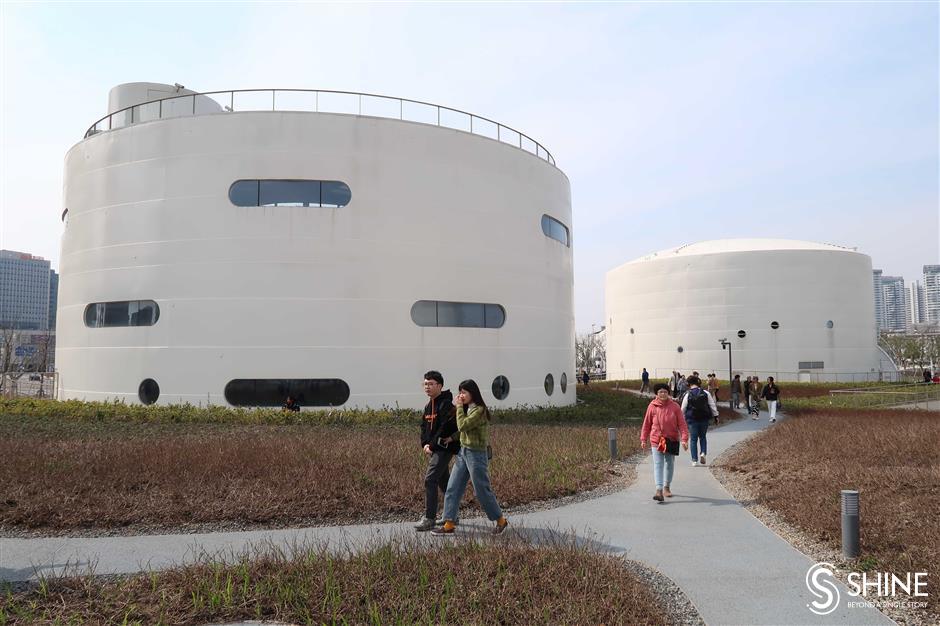 Longhua Airport operated as a civil airport until 1966, when all remaining passenger services were moved to today's Shanghai Hongqiao International Airport. But the site hasn't forfeited all its aviation services.

Aircraft can still be seen landing and taking off from a heliport located between the West Bund Museum and the West Bund Art Center. The heliport was built in 2008 for the World Expo 2010 Shanghai. Today it is used exclusively by medical, police and firefighting services.

During my walk, I see groups of elderly people having picnic on the lawn, young people playing frisbee and children rolling down a sloping meadow. I think it's a perfect way to celebrate an important piece of history.

Address: At the intersection of Yunjin Rd and Longlan Rd

Tips: Take Metro Line 11 and get off at Yunjin Road Station.