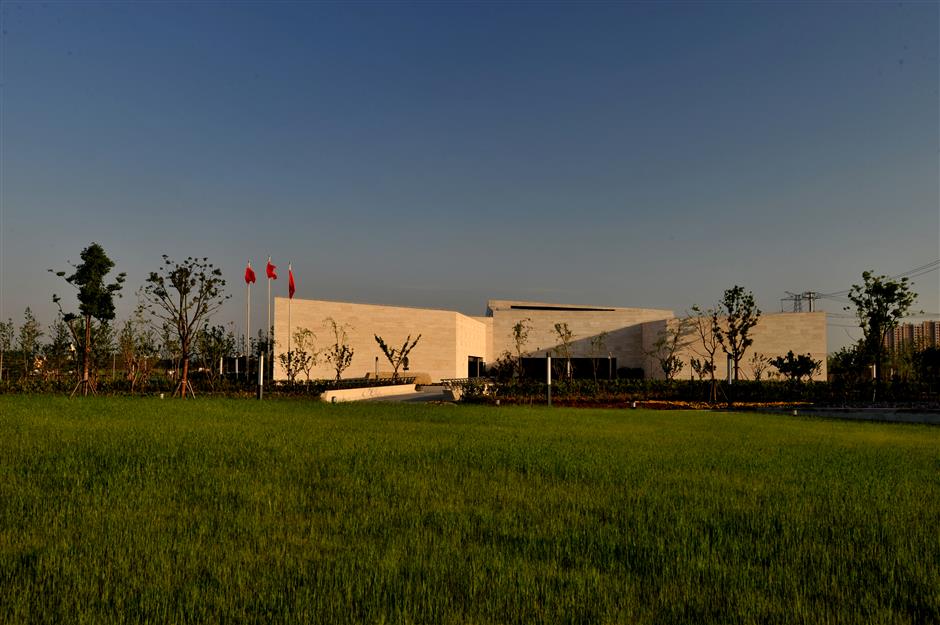 Amid a field and by a river, Shanghai Songze Site Museum is built above a small portion of the backfilled excavation ground.

The popular version of Shanghai's history chronicles how a small fishing village developed into one of the world's biggest cities in the short space of several hundred years. The truth is that this melting pot began much, much further back in time.

Accompanied by Rong Jingkan, an assistant researcher at the Shanghai History Museum and a founding member of the Shanghai Songze Site Museum, I step onto the land of our ancient ancestors and into a Neolithic culture.

The Songze site was discovered in 1957 by a group of local archeologists.

"Songze Culture bridged the Majiabang and Liangzhu cultures," Rong tells me. "It allows us to glimpse the evolution of a primitive society into a civilized society."

Amid a field and a river, the museum is built above a small portion of the backfilled excavation ground covering 250,000 to 300,000 square meters.

Strolling through the area, we walk on a stone bridge with a small river flowing underneath. Riverside plants grow wild. Sitting by the river, a man fishes.

Time seems to stand still here. There's a sense of harmony between mankind and nature. I try to imagine how ancestors 6,000 years ago hunted, farmed and raised families in this setting. 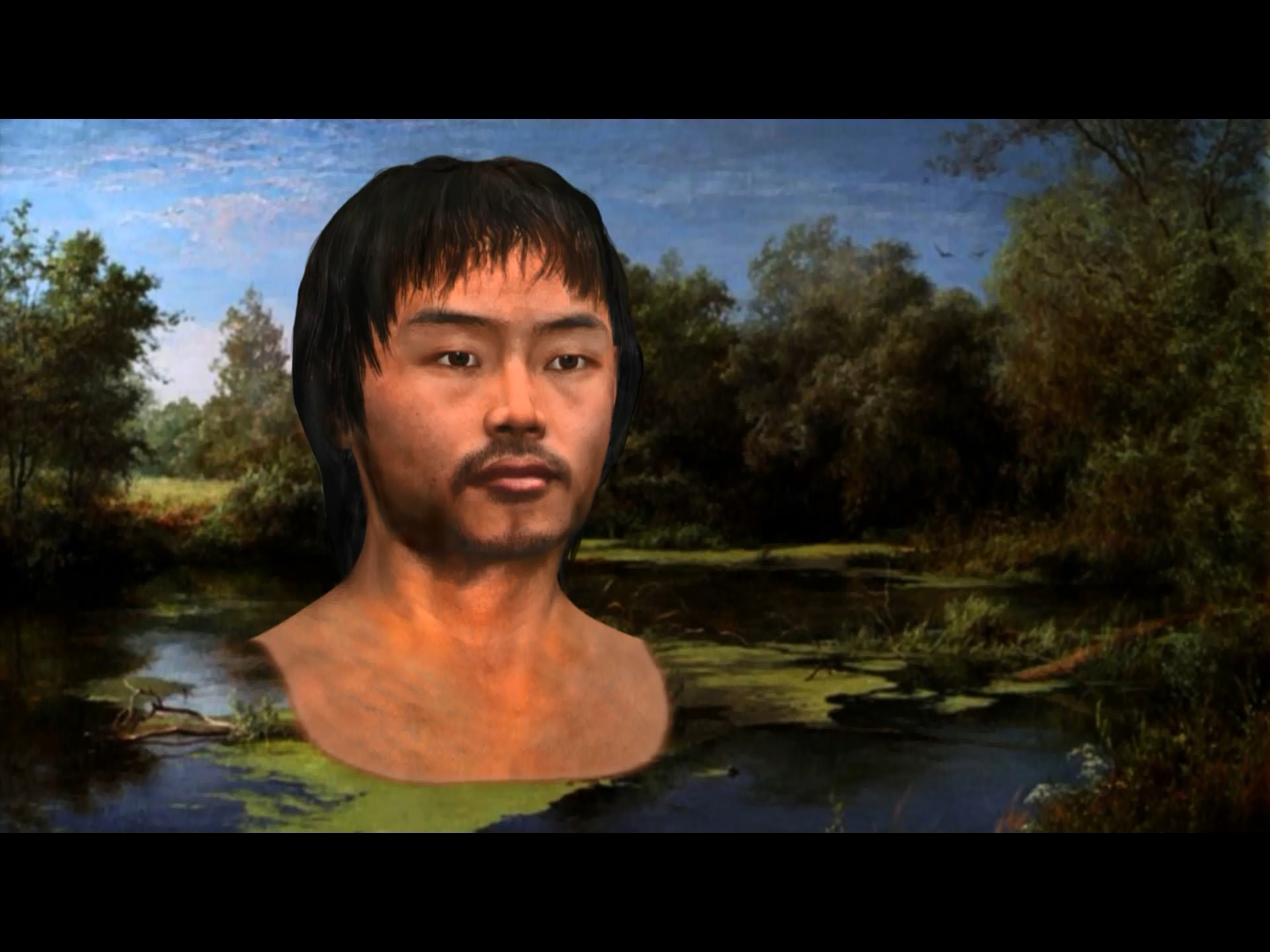 Shanghai's "first man," a skull unearthed from the Songze site in 2004, has been dated to about 6,000 years ago. Experts suggest the skull most likely belonged to a man between the age of 25 and 30. He is called the "first man" because his skull is the oldest human remains found to date in Shanghai.

Rice grains recovered from the site in 1961 are the earliest cultivated rice ever found in Shanghai. The rice was excavated using stratigraphy, a branch of geology concerned with the study of rock layers.

Archeologists also found the city's oldest well at the site in 1987. It was determined to belong to the Majiabang Culture (around 5000-4000 BC).

The discovery of the 2-meter-deep well indicates that our ancestors mastered the technology of water extraction and storage.

In 2004, archeologists found 15 holes in a circle, also dating from the Majiabang Culture. They believe the holes were used to support wooden poles supporting a hut covering about 5.5 square meters.

"Since 1957, archeological digs have been undertaken at the Songze site every decade," Rong says. "Generations of Chinese archeologists have made fruitful findings at the site, which also bears witness to the development of archeology in China." 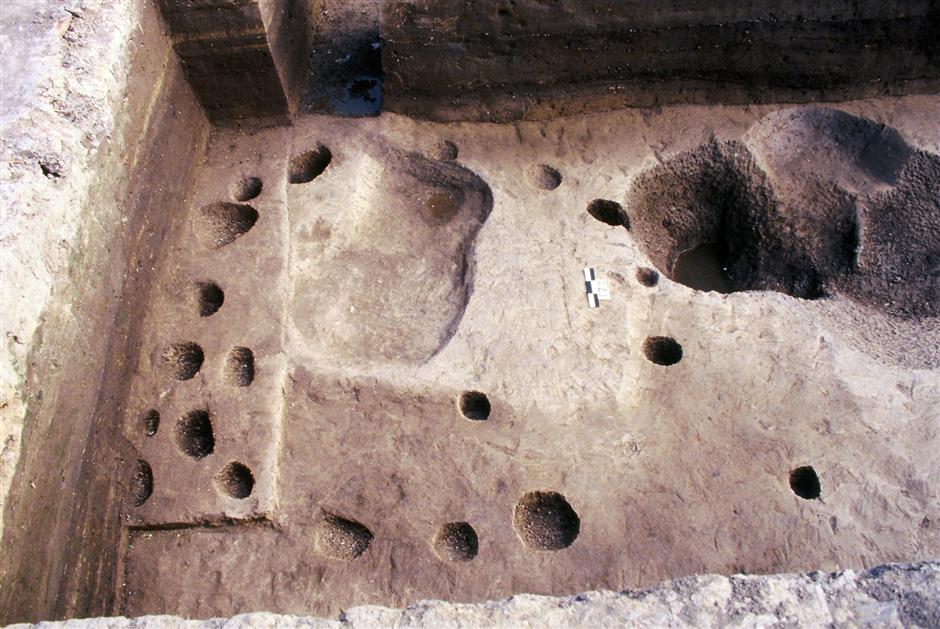 In 2021, when China celebrated the centenary of modern archeology, the Songze site was listed as one of China's top 100 archeological finds of the past century.

"It is amazing that almost no two artifacts found at the Songze site are alike," Rong says. "Our ancestors were imaginative and free-spirited."

Patterns of circles and triangles frequently appear on Songze artifacts, such as dou pottery displayed in the museum. It's a type of ancient Chinese vessel used to hold food. It is usually a circular plate supported on a stem rising from a flared base.

"Dou pottery, along with ding pottery and jugs, appeared as a combination of ritual vessels for the first time in Chinese history," Rong says. "At that time, the fast wheel had been developed, and the artifacts were made with the help of the wheel."

The archeological discoveries also show that these ancient ancestors raised pigs and also fashioned crude plows to till the soil before sowing.

The centerpiece of the last hall in the Songze Site Museum is a replica of a stone axe with rammer. The artifact shows no signs of heavy use, leading experts to postulate that it was an object used in rituals, according to Rong.

"The Songze Culture was an era of constant change," Rong says. "Culture was constantly developing, leading to the birth of the brilliant Liangzhu Culture (3400-2300 BC)." 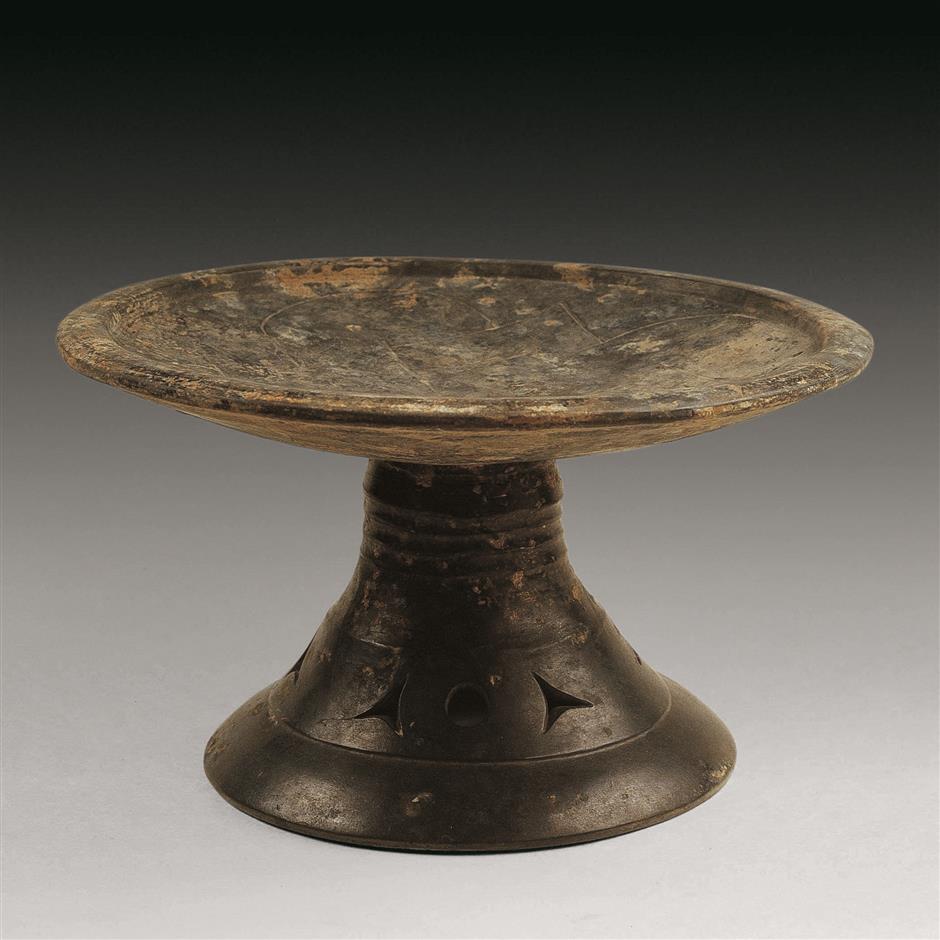 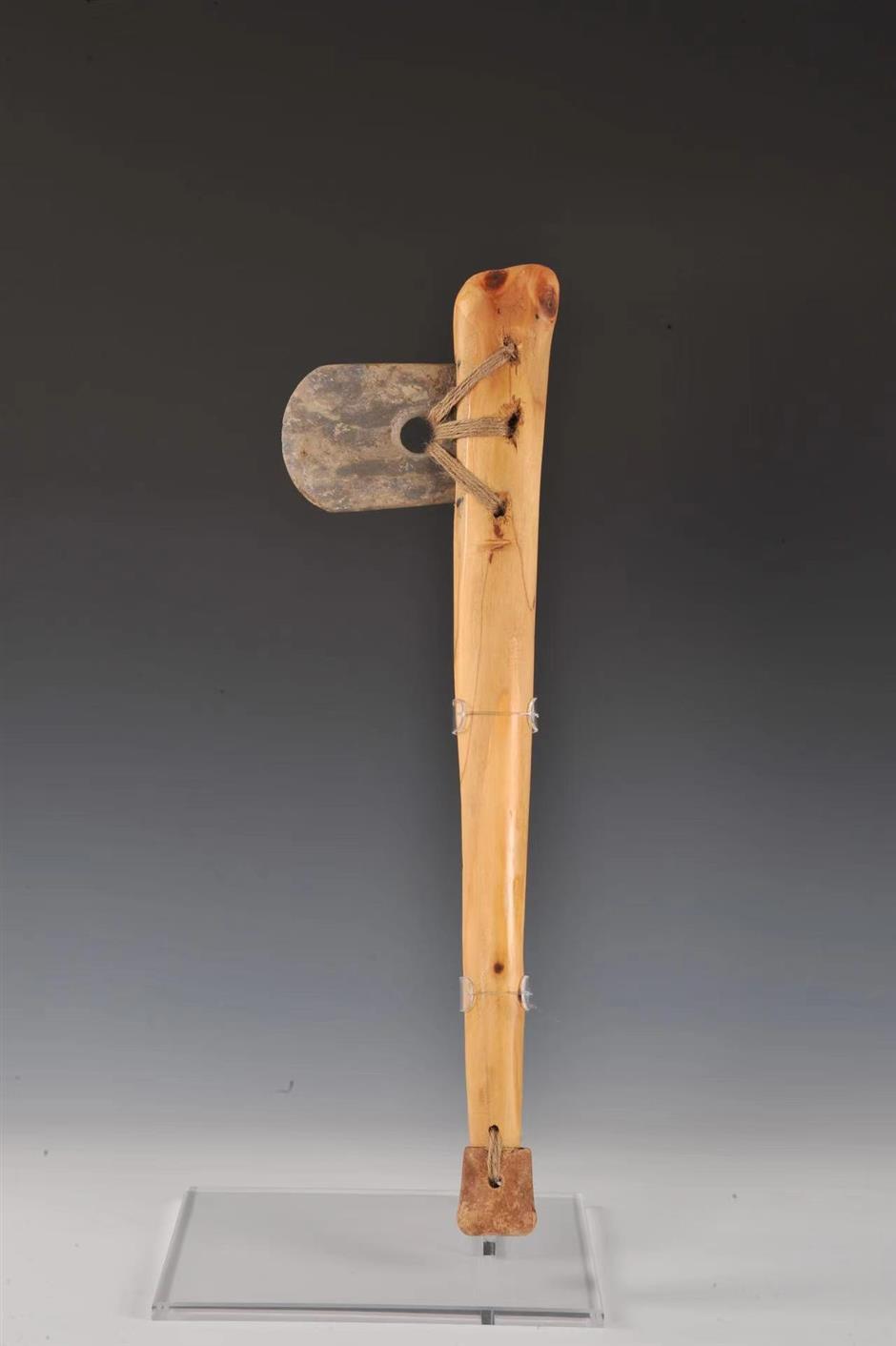 The replica of a stone axe with rammer, presumed for use in rituals