Saudi Arabia, a mismatch between reality and stereotype

As the 2022 FIFA World Cup nears its knockout stage, Saudi Arabia's 2-1 victory over Argentina in their opening group match despite being 0-1 down at half-time remains one of the biggest shocks this year, and quite possibly in World Cup history. 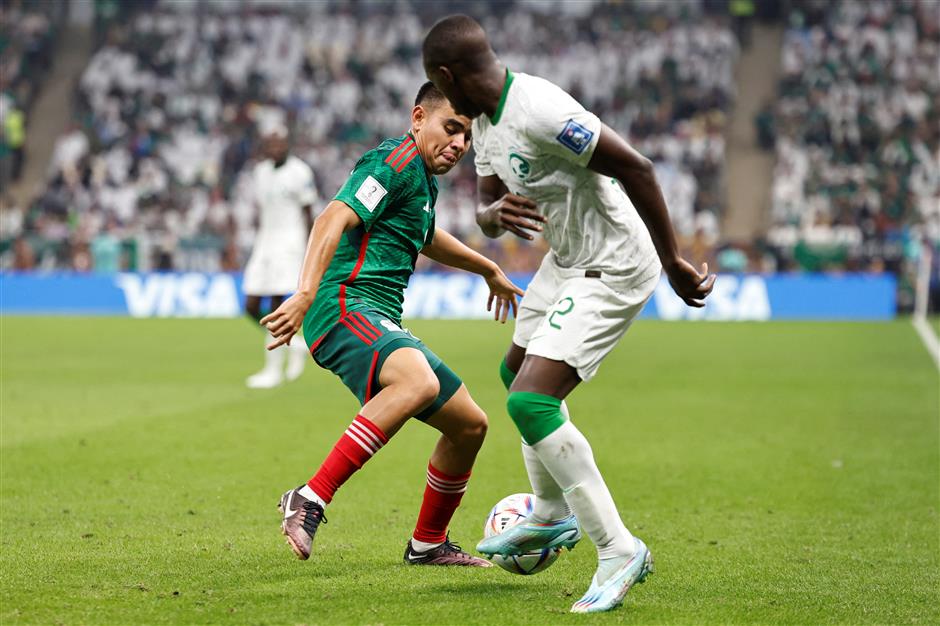 "First of all, Saudi Arabia isn't a rookie at the World Cup so it has some experience. And this national team has been preparing for more than 10 years."

Unfortunately Saudi Arabia lost to Mexico 1:2 during the third Group C match on Wednesday morning (Beijing time) and was eliminated from the World Cup 2022.

Ji cited a youth training program that the kingdom initiated shortly after failing to qualify for the 2010 World Cup in South Africa. It failed again to miss Brazil 2014, but made it to Russia in 2018, when those under the training program started getting ready.

"If you look at the key players in the team, they were mainly born around year 2000, and selected from the youth training program. It takes time and determination for such programs to yield results, despite bumps on the way."

The early match sent soccer fever to a new high, according to Ji, whose immediate after-match comment on Weibo was viewed more than three million times within hours, followed by a livestream program with record-breaking viewers the next day. 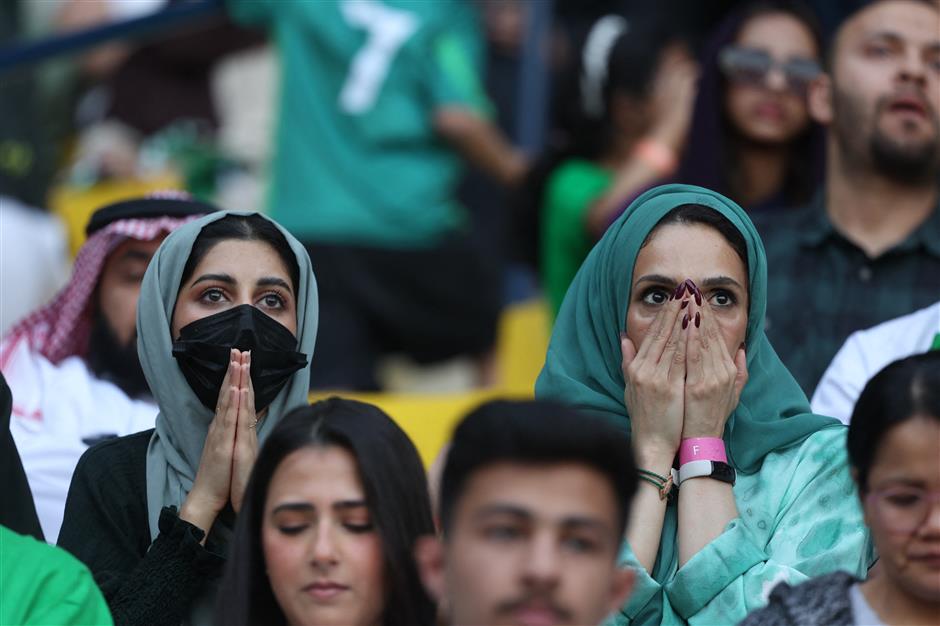 Saudi football fans react as they watch a live broadcast of the Qatar 2022 World Cup Group C match between Poland and Saudi Arabia in the capital Riyadh on November 26. Saudi Arabia lost 0:2.

It also shed light on a lesser-known side of the kingdom, contrary to the stereotypical image of oil-rich extravagance in an outdated society. Thousands rushed to comment on several viral videos of the match and head coach Herve Renard's interval morale talk. Many praised the players' tough spirit and solidarity.

"Many say FIFA showcased a Saudi Arabia that amazed the world," Bao Chengzhang, associate professor of the Middle East Studies Institute at Shanghai International Studies University, told Shanghai Daily in disagreement. "In fact, it presented a normal Saudi Arabia as it is, beating the curse of prejudiced stereotypes."

Bao cited the country's "Vision 2030," a driving force behind many transformations, including a reform of its sports industry that includes the 2011 youth training program.

That reform in the sports industry has recently also extended to women's sports as the Saudi Arabian Football Federation set up a women's department in 2019. That December, the first unofficial competition was held in Jeddah, a port city in the west of the kingdom. 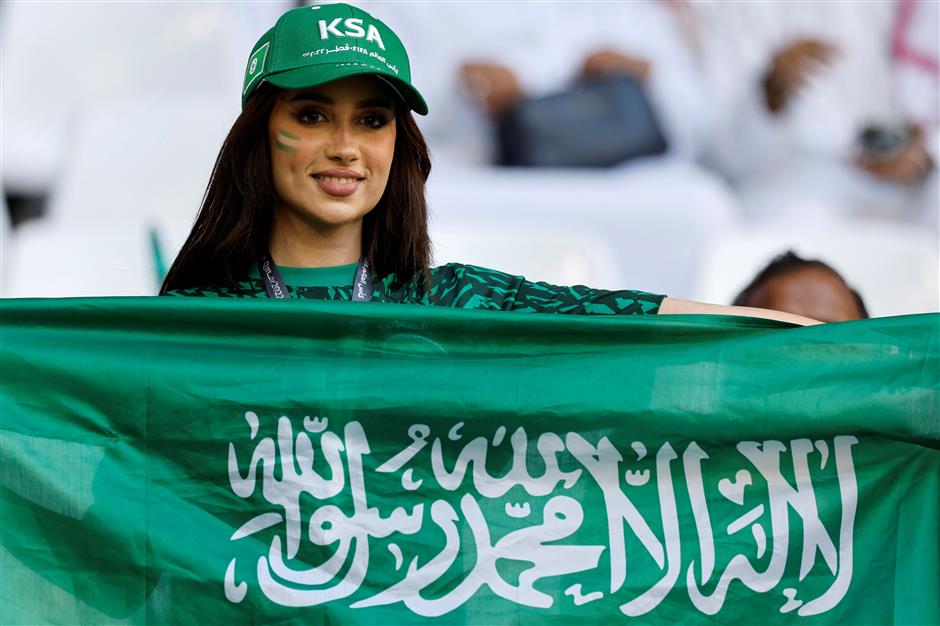 A Saudi Arabia fan looks on ahead of the Qatar 2022 World Cup Group C match between Poland and Saudi Arabia at the Education City Stadium in Al-Rayyan, west of Doha on November 26.

Its women's national team, founded in 2021, played its first match this year in a friendly tournament in the Maldives. The 2022-2023 Saudi Women's Premier League is the inaugural season of the country's top-level women's football league.

In August, Saudi Arabia was among the four countries who submitted Expressions of Interest to host the 2026 Women's Asian Cup.

"The mismatch between reality and stereotype is rooted in prejudiced agenda-based West-led media reports, which prioritize negative news and exaggerate domestic Saudi Arabian incidents that are contrary to Western values," Bao explained.

"They deliberately avoid its recent reform and transformations. That also has an impact on Chinese readers, due to dominance of Western media and language barriers that make it more challenging to get first-hand information from the Kingdom."

That was also my impression of Saudi Arabia after a two-week trip in 2020 going to both big cities and remote villages in the kingdom.

It was a most challenging trip to plan, due to the lack of English and even lesser information in Chinese. The English information often focused more on preset agendas rather than pragmatic travel tips.

But the trip remains one of the most magical, for the sharp contrast between expectation and reality, and that it ticked off all the boxes for a good holiday: heritage sites, distinct culture, hospitality, good food and plenty of serendipity.

That prejudice has got worse recently, as one can find plenty of English media reports calling the Saudis' unexpected win an "upset" or "a setback for bigger issues."

That lack of direct information channel is changing, according to Bao, as bilateral relations between China and Saudi Arabia have strengthened rapidly over the years, expanding from the traditional energy and trade sectors to the high-tech, aerospace, new energy and cultural fields.

Another project that impressed Bao was a 2018 joint archeological exploration at the ruins of the al Serrian port, an important pilgrim-trade port in ancient times connecting the East and West.

"Although Saudi Arabia was the last Arabian country to establish diplomatic ties with China in 1990, bilateral relations have grown rapidly since," Bao noted.

"Both countries' significance in each others' foreign policy strategy has continued to grow, with greater potential in many fields."