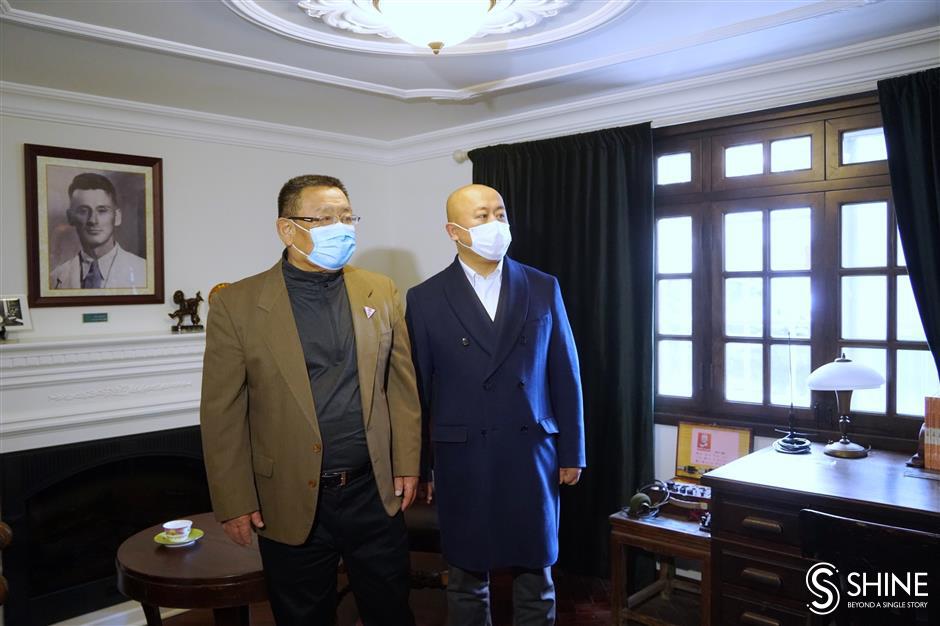 Duan Hailong (left), the eldest grandson, and He Yang, the great-grandson of Rewi Alley, visit the former residence of Rewi Alley.

The former residence of New Zealand writer and educator Rewi Alley (1897-1987), known as an "old friend of the Chinese people," opened to the public in Shanghai's downtown on Friday to commemorate his 125th anniversary.

The apartment at 1315 Yuyuan Road in Changning District, where Alley lived between 1932 and 1937, has been preserved with restored furniture and cultural relics donated by his adopted descendants.

The historic site was listed as an "international education base" on Friday by the International Committee for the Promotion of Chinese Industrial Cooperatives, which Alley was a co-founder, to celebrate his over six decades of contribution to China's revolution and development.

"The opening of the residence and the exhibition is expected to inspire more people with the spirit of Alley," said Duan Hailong, the eldest grandson of Alley.

"He asked me to always keep a low profile and never take advantage of the Alley family name," Duan said. 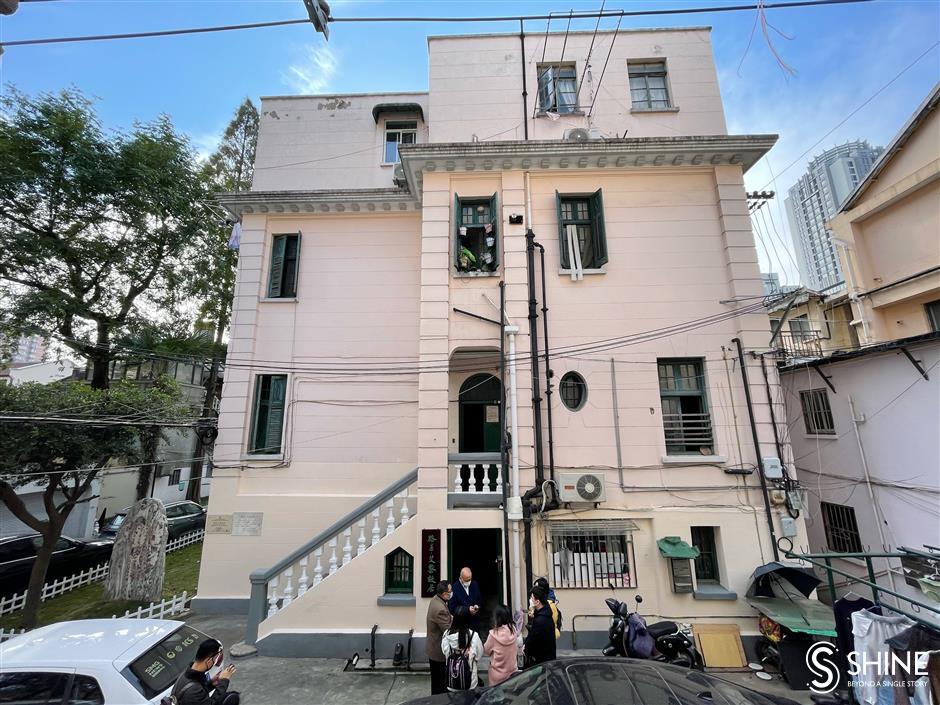 "But I think it necessary to promote his contributions through his former residence. Alley talked a lot about it during his last years in Beijing," he said.

Alley came to Shanghai in 1927 and became a fire officer and municipal factory inspector with the then Shanghai Municipal Council.

After the outbreak of World War II, Alley founded the Chinese Industrial Cooperatives with American journalist Edgar Snow and Madam Soong Ching Ling to raise funds and materials to support China's fight against the Japanese invasion.

He also set up Bailie Schools with his American friend Joseph Bailie to provide vocational education for disadvantaged youth in Shandan, northwest Gansu Province. Many graduates later became backbone engineers in all walks of life in China. 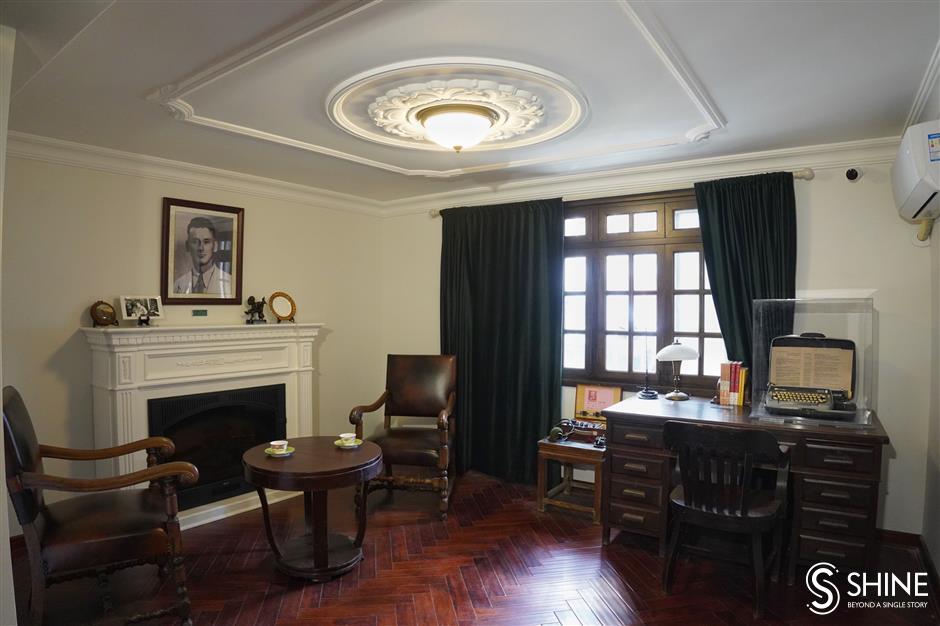 After the establishment of the People's Republic of China in 1949, Alley moved to Beijing and wrote over 60 books dedicated to promoting China, as well as the friendly relations between China and New Zealand. He also translated numerous Chinese poems.

Madam Soong said Alley was "a loyal and trusted friend of China." Chairman Mao Zedong, Premier Zhou Enlai and other national leaders, such as Deng Xiaoping, once met and spoke with Alley.

The newly opened residence was built in 1912. Alley once met friends and dined on the basement floor and slept on the second floor. There was also once a parking garage and a small backyard, according to his autobiography.

Only an apartment on the ground floor was renovated and opened, because other rooms are home to other residents.

"Alley opposed the plan to renovate his former residence after learning there were 17 households living in the building," Duan recalled. 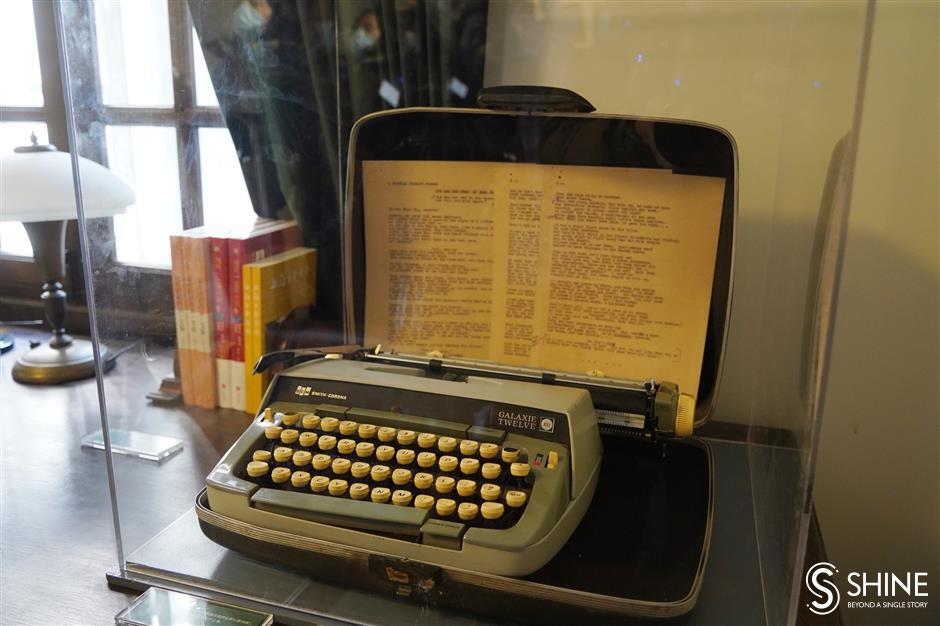 The typewriter once used by Rewi Alley

"He asked if the apartments became an exhibition hall, where the residents can live."

However, the neighbors have now organized a volunteer team to clean up the former residence and a nearby exhibition hall, as well as share stories of Alley with visitors.

"I feel proud to live beside the former residence of Alley and welcome more visitors to learn about his contributions," said Qu Lingdi, 60, leader of the volunteer team.

Duan donated a typewriter once used by Alley on Friday, which is on display at the former residence. Alley used to write books and some poems during vacations with the typewriter, Duan said. 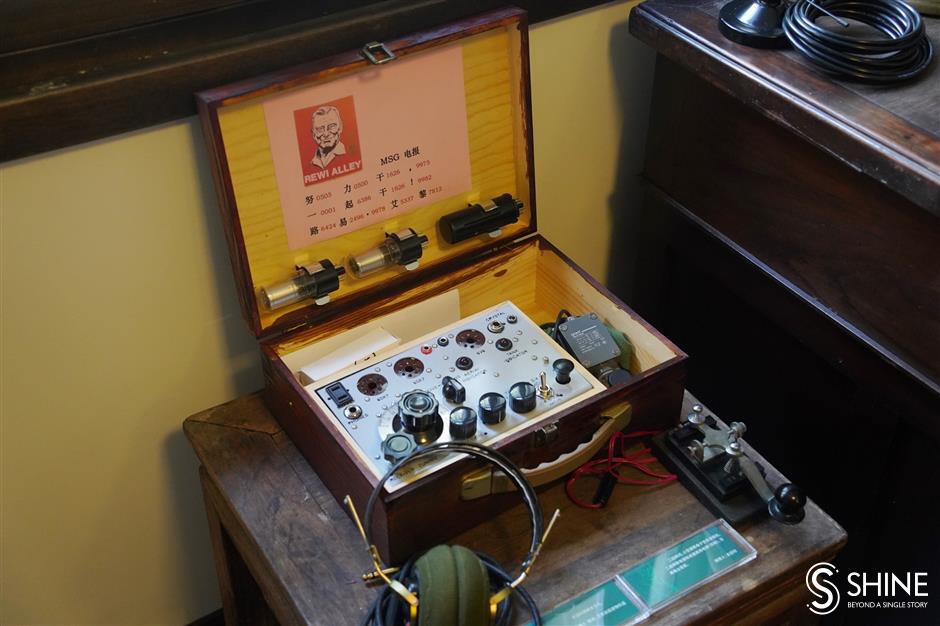 A replicated small telegraph that Alley used secretly on the top floor of the house to communicate with the Red Army during the Long March (1934-1936) is also being exhibited.

He Yang, great-grandson of Alley, donated some books and letters written by Alley on Friday. He said Alley had dedicated his whole life to China's revolution and reconstruction. Such perseverance has become an everlasting drive to him and his family.