Exploring the links between weather and well-being 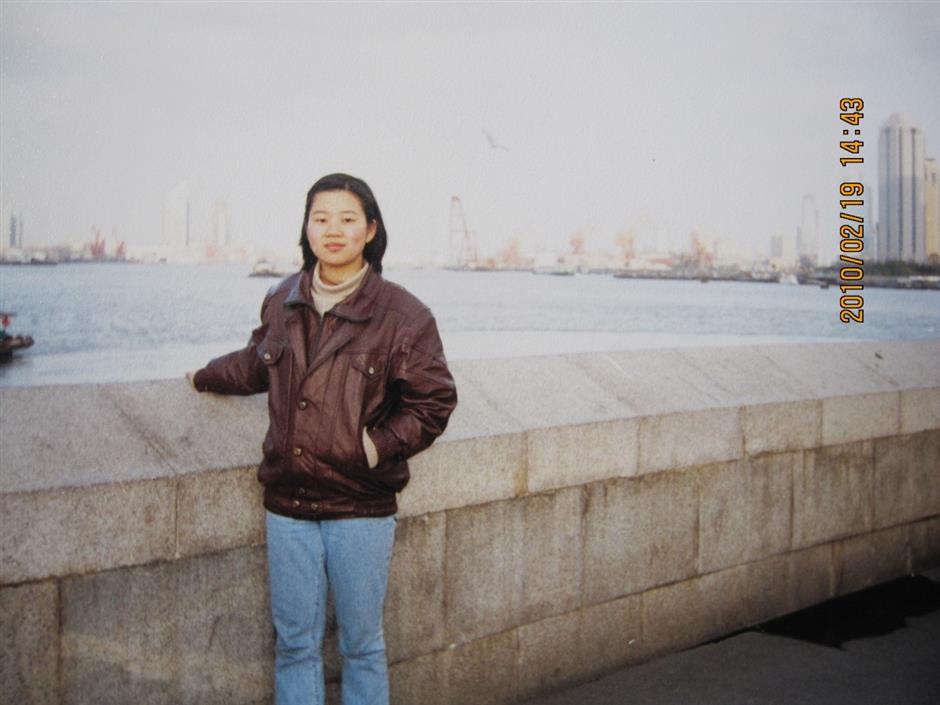 Peng Li poses for a photo at the Bund in 2010, when she just arrived in Shanghai.

Born in May 1979, Peng Li, a girl from Xiangxi Tujia and Miao autonomous prefecture, Hunan Province, is now a senior engineer with the Shanghai Meteorological Bureau. With curiosity towards the sky and climate, she became a student who majored in atmospheric sciences at Nanjing University in 1997, and later achieved her master and doctoral degrees at Peking University.

She started her career as a scientific worker at the local meteorological bureau from 2007 and now is a senior engineer at the bureau's Yangtze River Delta environmental meteorological forecast and warning center. She is also an academic leader of the city's key laboratory of climate and health.

Working at the key laboratory, Peng and her team developed many new forecast products on the risk of diseases like the cold, pediatric asthma, chronic obstructive pulmonary disease and heat stroke. 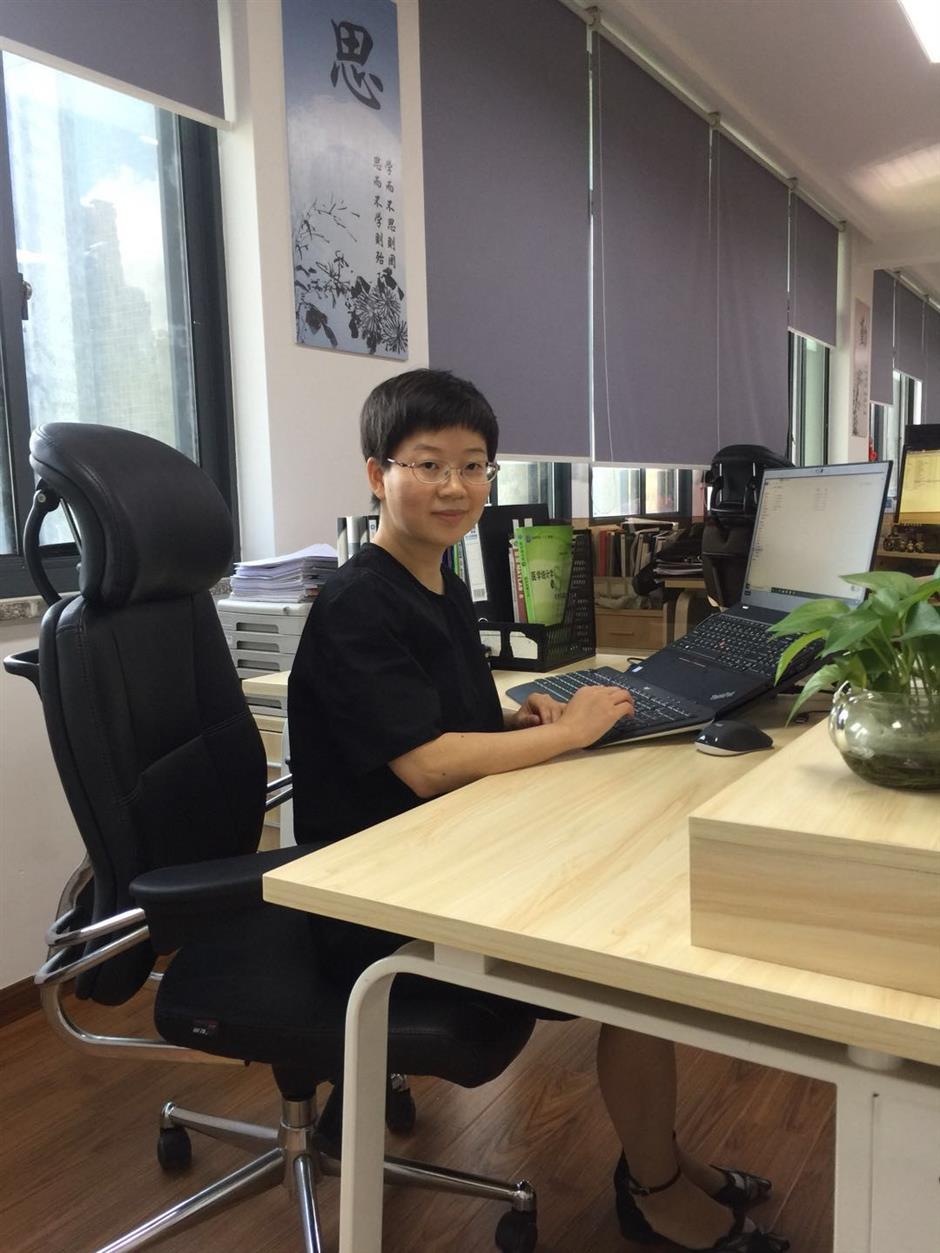 Peng Li is devoted to the research of meteorology and health care.

The year 1979 was the first year of China's construction of socialist modernization. In the spring of 1979, I was born in a workers' family of the Tujia minority in Hunan Province. At that time, I never imagined that I would work at the Shanghai Meteorological Bureau in the future and be so tightly bound with meteorology.

People of my generation are the witnesses and participants of China's reform and opening-up, and each of us has been branded with a mark of it. My mom once said the spring sheep have grass to eat and I was in a good time to be born. My hometown is the Xiangxi Tujia and Miao autonomous prefecture, which lies at the junction of Hunan, Hubei, Guizhou provinces and Chongqing City. It is one of the origins of Wuling Culture. Although its economy is a bit underdeveloped, it has a strong atmosphere of culture and the residents there attach great emphasis on education.

Bearing a curiosity towards the sky and climate, I became a student of the atmospheric sciences major at Nanjing University in 1997, and later had further study at Peking University for my master and doctoral degrees. In 2007, I served as a scientific worker at the Shanghai Meteorological Bureau and worked on the cross-over study and service of weather and health.

The refined management of the metropolis is not only reflected in fields like transport, food security and medical care, but also in the risk warning of weather. The health and weather laboratory I'm working for is closely related to citizen's life.

The idea of combining health and weather is similar to the concept in traditional Chinese medicine that it's better to prevent disease from happening than waiting to treat it. In the past, our country's management of scientific research related to the climate and health was loose and didn't form a complete system. In 2011, the Shanghai Meteorological Bureau started to build a key laboratory of climate and health which will launch research on the relationship between climate and health, between atmospheric environment and health, atmospheric radiation and health, and weather forecasts related to health. I joined this team as a technical staffer.

The research towards climate and health is interdisciplinary so that after the lab was set up, my colleagues and I had to learn many new subjects. After we learned fundamental knowledge, we read lots of books, consulted experts, and went to related schools for further study. Through endless studies, our team is now a think-tank on climate and health with more than 40 scientific researchers.

In recent years, our team developed new health and weather forecast technologies on the basis of the studies of epidemiology and toxicology. We used big data analysis to learn the correlation between several common diseases and climate change and formed weather-related risk forecast models on diseases such as the cold, pediatric asthma and chronic obstructive pulmonary disease.

These results have won local science awards and the risk forecast product of cold has been applied in ten kindergartens in the city. An assessment conducted after one year of tracking showed that the times children caught a cold reduced after application, with an obvious increase in their attendance rate.

With deeper research, the cohort study and toxicological experiment are necessary for us to study the influence that extreme weather conditions and air pollutants bring to human health.

In 2012, our lab came up with the idea of making a device that can simulate the natural climate for performing particle and harmful air exposure experiments under the simulation of extreme weather.

At that time, our team and I were looking for manufacturers who can co-develop such devices with us but none of the nearly one hundred enterprises we found met our standards. Thankfully, a cooperator of Fudan University recommended two experienced foreign experts to us and later one manufacturer agreed to work with us under the guidance of the two experts.

It took four years for our team, foreign experts and the manufacturer to develop a device in 2015, called the artificial climate and environment exposure cabin. It serves as an advanced experimental platform for study on the mechanism of health and climate and now has opened to many research institutes. It also achieved a national invention patent in early 2018.

But then another question came to us — how to make these health and weather forecast products benefit local households and really act on the public disease prevention and health care? To solve it, my team and I went to numerous local hospitals and schools for promotion and gave speeches.

Now our lab has been cooperating with the city's authorities on education, health and civil affairs and provided risk forecast services on diseases easily affected by weather, like heat stroke and respiratory diseases at many schools, hospitals, nursing homes and companies who engage in outside work. These initiatives have been praised by the local government and were described as "benefiting both the country and its people" and an action of "scientific innovation of weather and health authorities."

As one of the participants, I feel very honored. Society is now demanding more and more refined, accurate and efficient weather services, which requires me to keep on studying and innovating for the better life of residents.