Sacrificing time with loved ones to protect the motherland 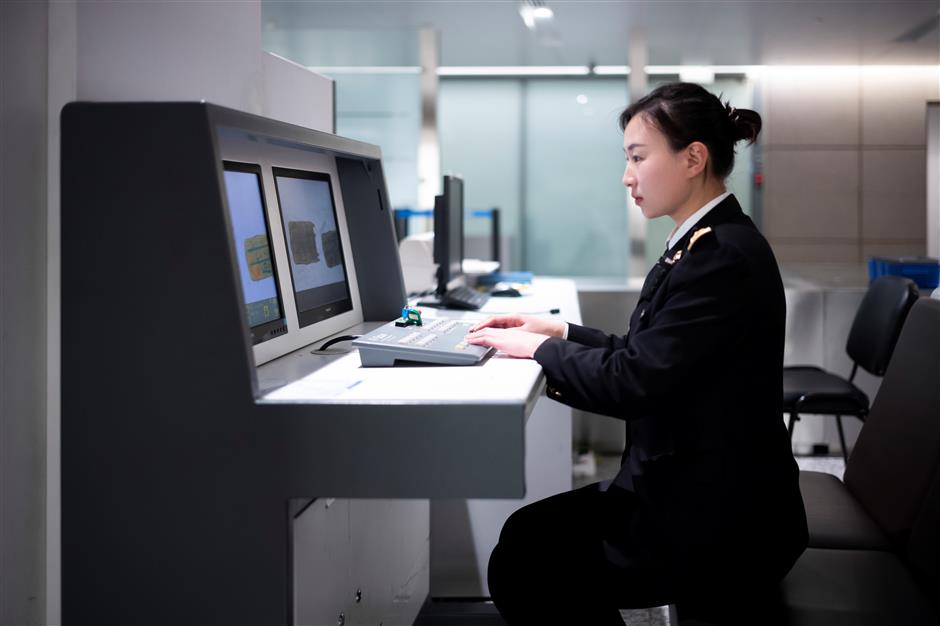 It's the third year in a row that 33-year-old customs officer Fan Yani is to be stationed at Shanghai's Hongqiao International Airport on Chinese New Year’s Eve, while most families celebrate the country's most important festival.

But someone's got to do it.

Her job is to make sure harmful things like foreign species and drugs from overseas are kept out of China. As a veteran who served in the army for years, her new job as a customs officer is another way of guarding the motherland.

Three groups of officers rotate shifts every 24 hours. Fan, like the others, works 24 hours a shift, during which she inspects luggage and goods passing through customs. Sometimes, when extreme weather causes flight delays, her workload can double or triple.

"Last year there was heavy fog that delayed lots of flights," Fan recalled. "Many flights planning to land at Shanghai Pudong International Airport diverted to Hongqiao airport, one after another — we kept working and couldn't let our guards down for a single minute that night."

"Each of us should be familiar with all these areas and take different jobs including declarations, checks, division and treatment," Fan explained. 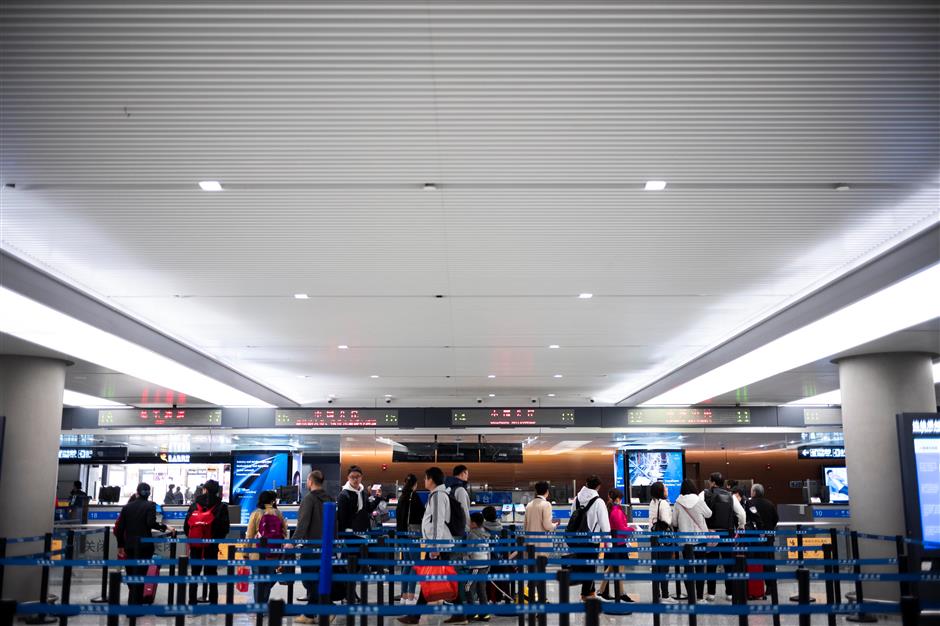 Passengers line up for security checks at Hongqiao Railway Station

It's not an easy job, especially when it comes to irritated passengers who see their work as an annoyance.

Oftentimes, passengers who carry restricted items without declaration, usually because they're unclear about the rules, will become annoyed and insult them.

"At the very beginning, I felt wronged when I was treated like this, but later I tried to look at the issue from their perspective, and I had a sense of empathy, which drove me to have more patience in communicating with them."

Every coin has two sides, though, so there are also some passengers who show their appreciation to customs officers. "Once a kid said 'thank you' to us and brought us a tiny souvenir he got from his overseas travel."

Another moment that deeply touched her was the evacuation of Chinese civilians from storm-devastated Dominica in 2017. "We greeted them with small Chinese flags — with the flags held tightly in their hands, they had tears in their eyes," she said.

When Chinese New Year is approaching, an increasing number of people arrive or leave to reunite with their families, including some with special needs. "For those with health problems and those requiring a stretcher, we open the 'green channel' for them and send them to the apron."

They also deal with emergencies when they come up. Once a passenger suddenly had an epileptic fit while passing customs, so officers gave first aid and called an ambulance, she recalled.

Helping others necessarily has to sometimes come at the detriment of those she loves the most, though.

Fan can't always be by her 3-year-old son's side and take care of him, even if he is sick and hospitalized. Her family, who understand and support her job, help care for the little boy when she is on duty.

"My family gives me great support ... they know the importance of my work and have no complaints on my absence from the dinner table of Chinese New Year’s Eve," she said. "Instead, they always prepare a nice dinner one day ahead."

Her work is something that brings her immense pride and a real sense of duty.

"I've been working in the city's customs system for almost a decade," she said with a sparkle in her eyes. "Like serving in the army, here I can also wear the uniform and protect our country." 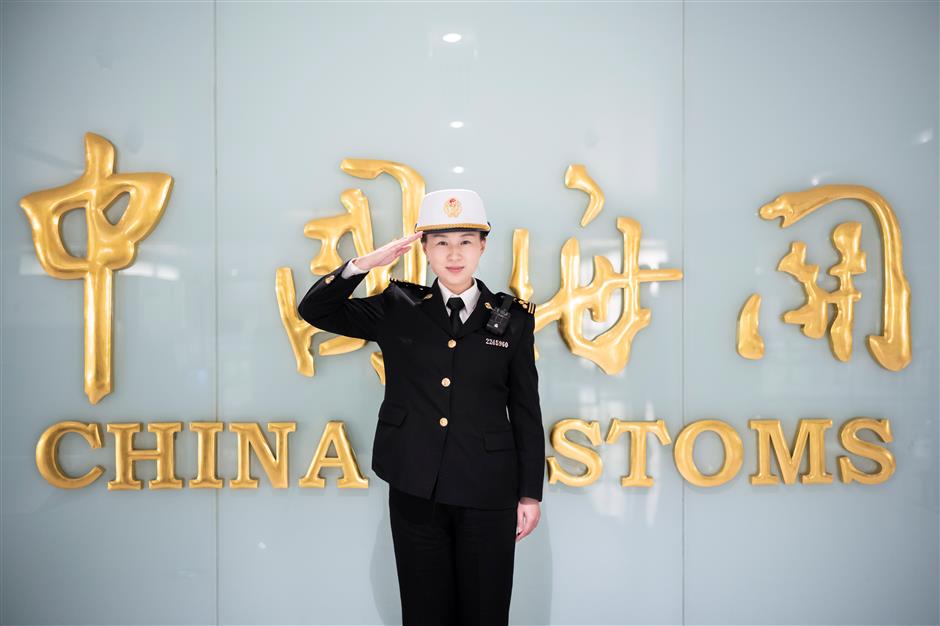