Chilling out in summer 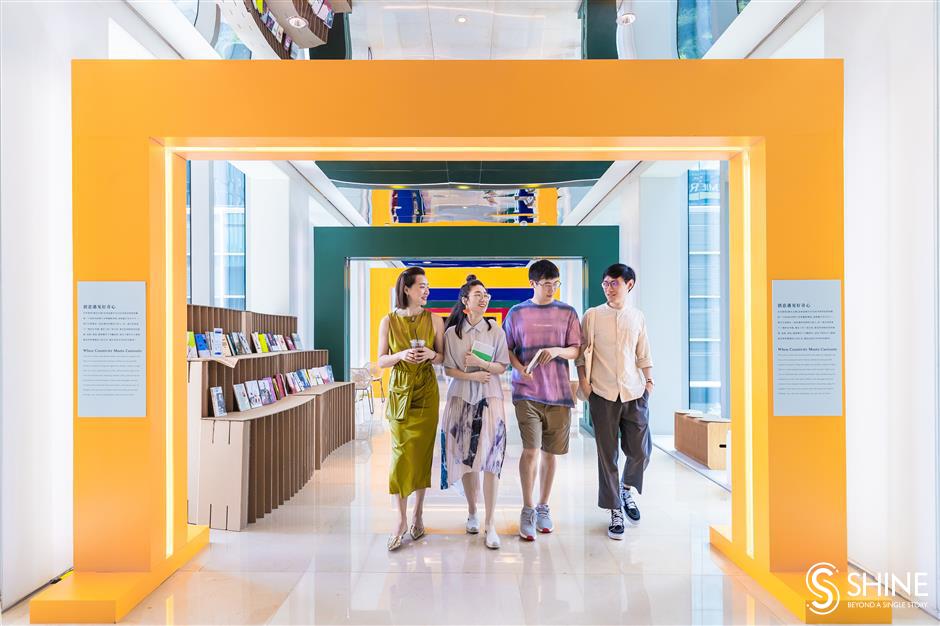 The Jing'an Kerry Center is more than a place to shop this month as reading enthusiasts flocked to the JAKC Book Fair.

It’s been a hot summer, but people in Jing’an have their ways of beating the heat.

Like other downtown districts, Jing’an is struggling to meet the needs of an aging population. One area of concern in summer is the comfort of people 60 years and older, who comprise about a third of the district’s population.

So what happens when the elderly have to cope with scorching temperatures? For starters, Jing’an opened 344 “chill-out” sites for seniors.

Previously, many of the elderly used to spend the entire day in air-conditioned supermarkets or shopping malls to stay cool. At home, many used electric fans because they deemed air conditioners too expensive to operate. That miscalculation often led to cases of heatstroke.

The chill-out centers are located in community-based elderly care sites or activity venues. They have proven to be very popular. One such spot is in the Xinfukangli neighborhood.

On August 5, nearly 20 seniors were gathered there when the temperature reached 34 degrees Celsius.

“I come every day. I love this place,” said Feng Yingfang, 80. “It’s a place where we can talk. We can exchange health tips, watch TV and enjoy shows such as Yueju opera together.”

Luo Peide, 70, said: “It’s lonely at home. I like to get out and communicate with others. Here, we old friends drink tea and have a chat, which is really comforting.”

Jiang Yimin, 61, described the site as a magical place that brings people together.

Over the three-and-a-half-week event, the mall hosted 33 activities such as talks by renowned writers and poetry readings. Art installations featuring classic and popular novels were erected to help people get immersed in books and reflect on their own lives.

On the first floor, a giant, rust art installation was joined with a traditional desk to pay respect to White, whose children’s novels “Stuart Little” and “Charlotte's Web” were adapted to films.

The installation features elements of spiders and wings, and stretches up to the third floor, with layers of green plastic board symbolizing book pages. Artist Wang Yi said the installation was aimed at getting people to feel the writer’s imagination.

An installation on the second floor was based on “Norwegian Wood,” a 1987 novel by Murakami. It allows people to put on headphones to hear the plot of the novel. Black human statues with their heads made of durian, a Ferris wheel and a merry-go-round were placed alongside to deliver messages related to the novel.

Chairs and tables in public spaces on the third floor allowed people to rest and read. The Shanghai Translation Publishing House placed about 300 books there.

For working parents, summer vacation is a problem of child care. To relive their burden, Jing’an opened 42 “Love Summer Care” camps for primary school students during the two-month summer vacation.

This year for the first time, the camps featured bilingual classes to include foreign students. A variety of activities include trendy garbage sorting games, tours to local historical buildings and DIY workshops.

One camp in the Nanjing Road W. subdistrict extended its hours to 8am-6pm on the recommendation of working parents.

Teachers in the camps are volunteers, including local office workers, urban management officials and museum workers tapping their resources to enrich the activities. 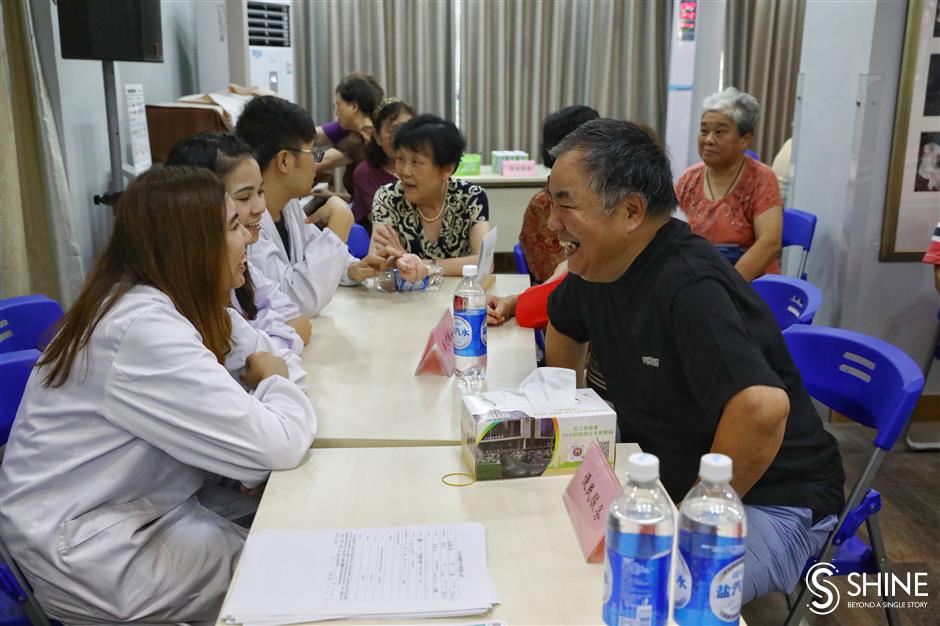 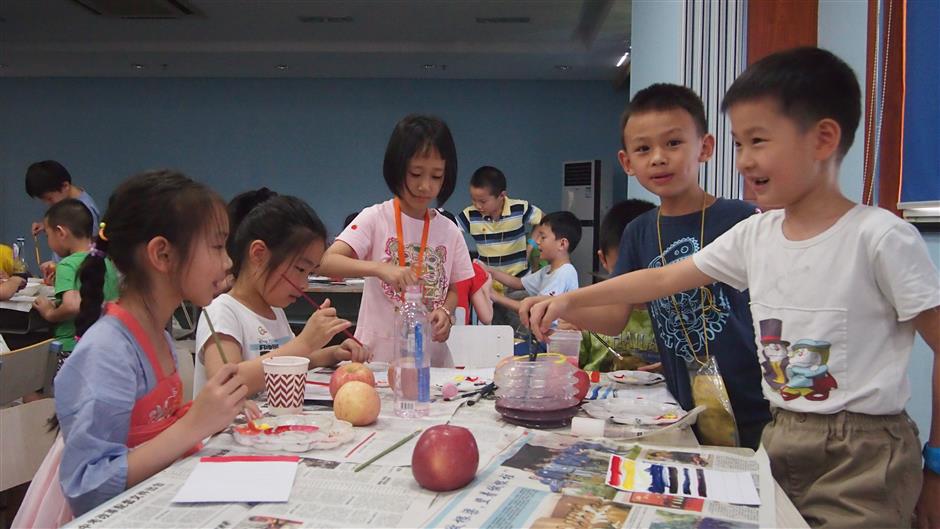 Children have fun at the "Love Summer Care" camp.