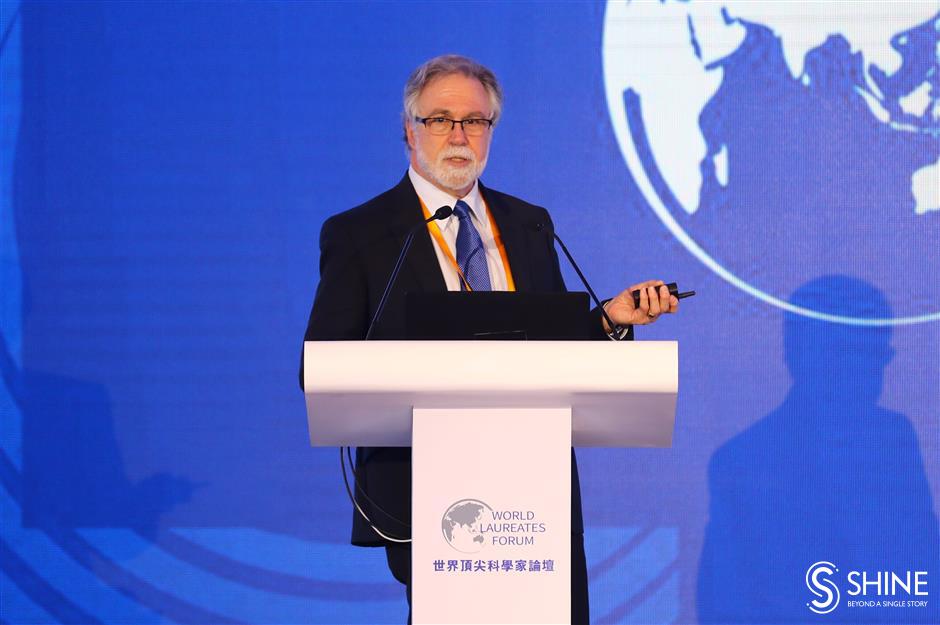 Gregg Semenza, one of the winners of Nobel Prize in Medicine this year.

Young scientists should always follow their hearts when doing research, even if their goals seem to go awry from the perspective of their mentors, said Gregg Semenza, winner of the Nobel Prize in Medicine this year.

Semenza, together with William Kaelin Jr and Sir Peter Ratcliffe, shared the Nobel Prize in Physiology and Medicine this year “for their discoveries of how cells sense and adapt to oxygen availability.”

Semenza said when he was young, he went astray from what his mentors were doing in the lab. But instead of asking him to focus on the laboratory, they encouraged Semenza to explore more in his own field.

“It was very generous of my mentors to give me that freedom not to work on their project, but to start a new project,” Semenza told Shanghai Daily.

When Shanghai Daily asked him whether he would allow his students to pursue something outside his research, Semenza laughed and said there hasn’t yet been such a test case, but he hoped he has the same generosity of his mentors.

Semenza said it is not easy for young scientists to establish their academic careers nowadays, especially when it comes to applying for funding.

“It is extremely difficult for young scientists,” he said. “They are trying to establish their own labs and they have to train people to do the work in the lab.”

Yet often at universities, Semenza pointed out that young scientists are given unpleasant tasks that no one else wants to do.

“It is an issue and the writing of the grants, unfortunately, remains an issue too,” Semenza said.

But he also sees a silver lining. Semenza said it's very useful for young people to network with established scientists during such occasions as the WLA Forum.

“In my early career I had the opportunity to do that,” Semenza recalled. “Some of those people become strong supporters of my work as I went forward.”

Semenza also said he will continue working with Chinese scientists in the future, for many of his former trainees are now working in Chinese universities. Before he came to the forum, Semenza stopped at Guangzhou to visit his former pupil Gao Ping, who is now a professor at the South China University of Technology.

“I gave a lecture there and the students were very excited,” said Semenza. “It was my first lecture since receiving the Nobel Prize.”

Semenza told Shanghai Daily that many students in his lab are from China now as well.

“I have many relationships and friends here in China,” Semenza said. “So, it’s natural to work together with them."