Home is special for Alzheimer's patients

We are really a composite of our life experiences – memory layered upon memory and Alzheimer’s steals that away.

China faces the problem of a rapidly aging population with the number of people over the age of 60 now 503 million, or nearly 34.4 percent of the total population. It’s estimated that over 200,000 suffer from Alzheimer’s disease, according to data released by the Shanghai Civil Affairs Bureau.

Beiqiao Senior Home in Minhang District, which just completed a one-year renovation, is dedicated to caring for the elderly with Alzheimer’s. The home has 92 beds in apartment-style accommodation with individual bathrooms and living rooms.

As Shanghai’s first certified senior home specializing in caring for Alzheimer’s sufferers, it stands apart from similar facilities by providing residents with individual and customized treatment, such as recreating residents’ former living environments and facilities, such as the district’s grocery stores, cinemas, flower shop and Chinese herb store, mimicking Minhang District’s look in the 70s. All of which can help slow down the process of their memory loss and possibly help them regain some of it. 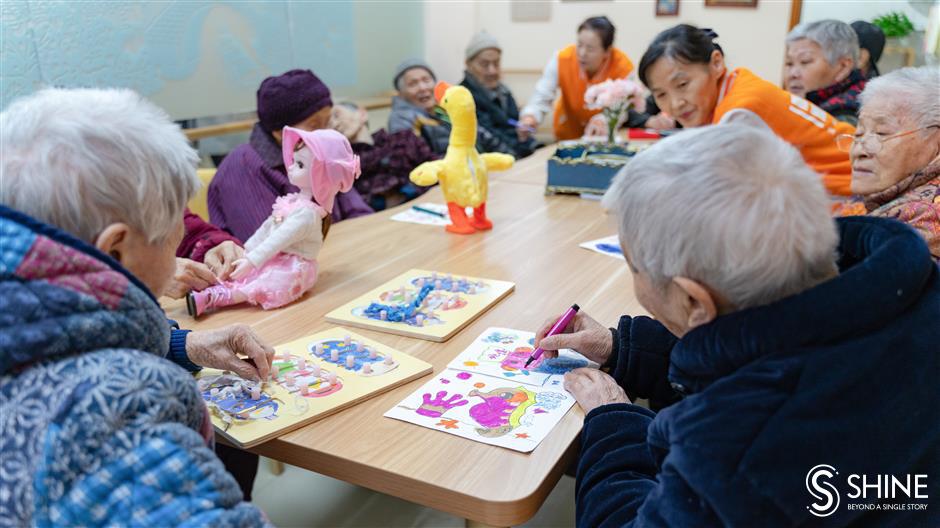 Beiqiao Senior Home residents take part in a coloring session, one of the activities that helps alleviate the symptoms of Alzheimer's.

Yuan Jiuhong, the home’s president, said: “One of the residents, Shen Fushi, 88, not only suffers from Alzheimer’s, he also had sundown syndrome, meaning he would wander around at night, becoming hyperactive or even violent. Records show that he got lost three times."

After his apartment was decorated to look like his former residence, his behavior improved remarkably and he now gets on well with his fellow residents. 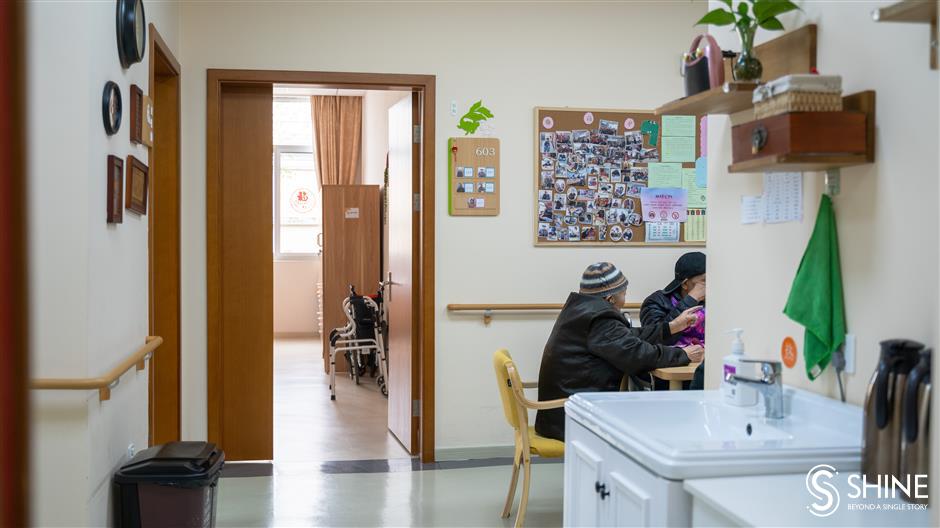 A corner of the home shows the light decor and orderly living environment after its refurbishment.

“Unlike other senior homes, Beiqiao provides its residents with a daily bath, but some residents really didn’t like it at first, for it’s not really an easy task to bath Alzheimer’s patients, even your close relatives,” said Zhang Tao, Yuan's assistant.

“Also, a big challenge for the senior home is that many residents couldn’t comprehend the order of the caretakers, some even rebelled against the caretakers by not following orders or even throwing a tantrum. But at the end of day, all you need is to be more sympathetic and emphasize the humane side of Alzheimer’s patients. Fighting Alzheimer’s is really, well, an uphill battle, ” Zhang added.

The home tries to help to enhance the residents’ motor functions and create a favorable environment by providing them with herb therapies, allowing them to have pets and take part in coloring session, arts and gardening. 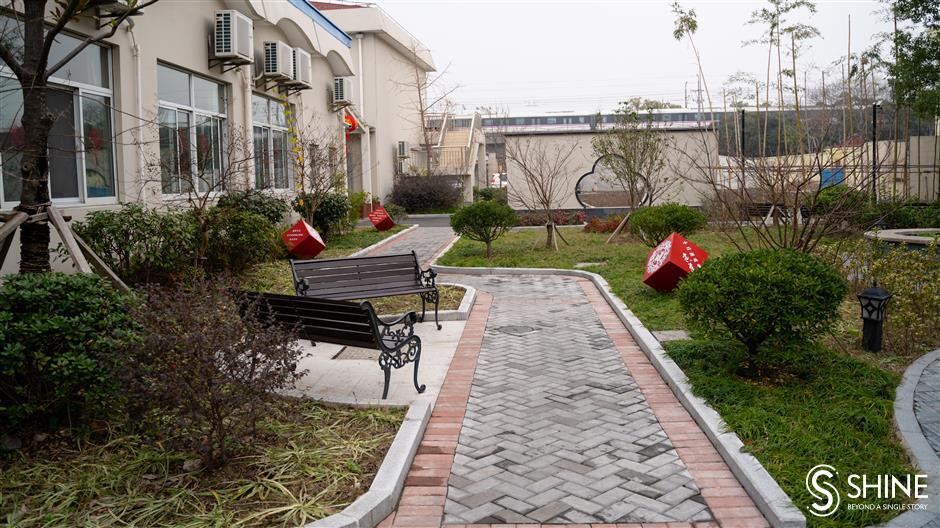 The garden at Beiqiao Senior Home. 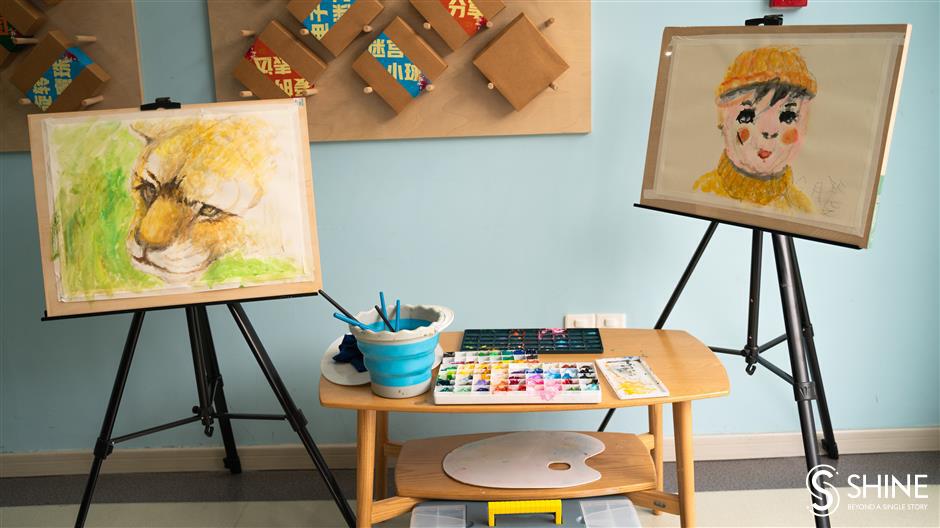 Artwork created by residents is displayed at Beiqiao Senior Home.