Some residents in the Pudong New Area’s Lianyang community can now complete arrival information before they return to Shanghai from another country.

This saves them about two hours between landing in Shanghai and arriving at their homes in the city, police said on Thursday.

A digital form asks about a person’s country of departure, transit country, flight number, desired method of quarantine and whether they are house owners or tenants, among other information.

After the form is filled in within three days before departure, the information is shared between community police officers and exit-entry police, so no further forms are needed on arrival.

Also, since the arrival is known in advance, community officials, doctors and police officers will be waiting for residents where they live, enabling them to start home quarantine as soon as possible.

So far, 227 residents in the community have used the service since March 18, while 626 people there have been subject to home quarantine, police said.

The digital declaration will be introduced to other communities in Pudong later, according to the police.

Currently, residents of three residential complexes in the community — Shuiqing Muhua, Huali Jiazu and Zhongbang Jingzuo — can scan the following QR code and fill out the form before they set out for Shanghai from another country. 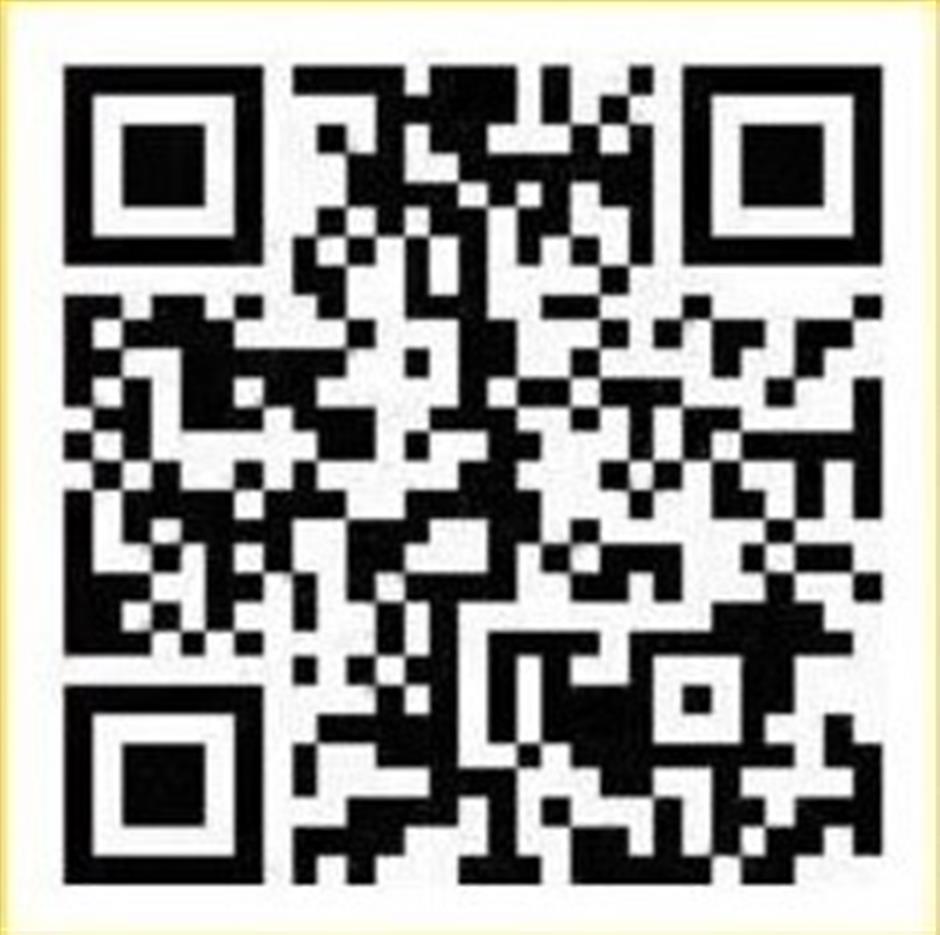 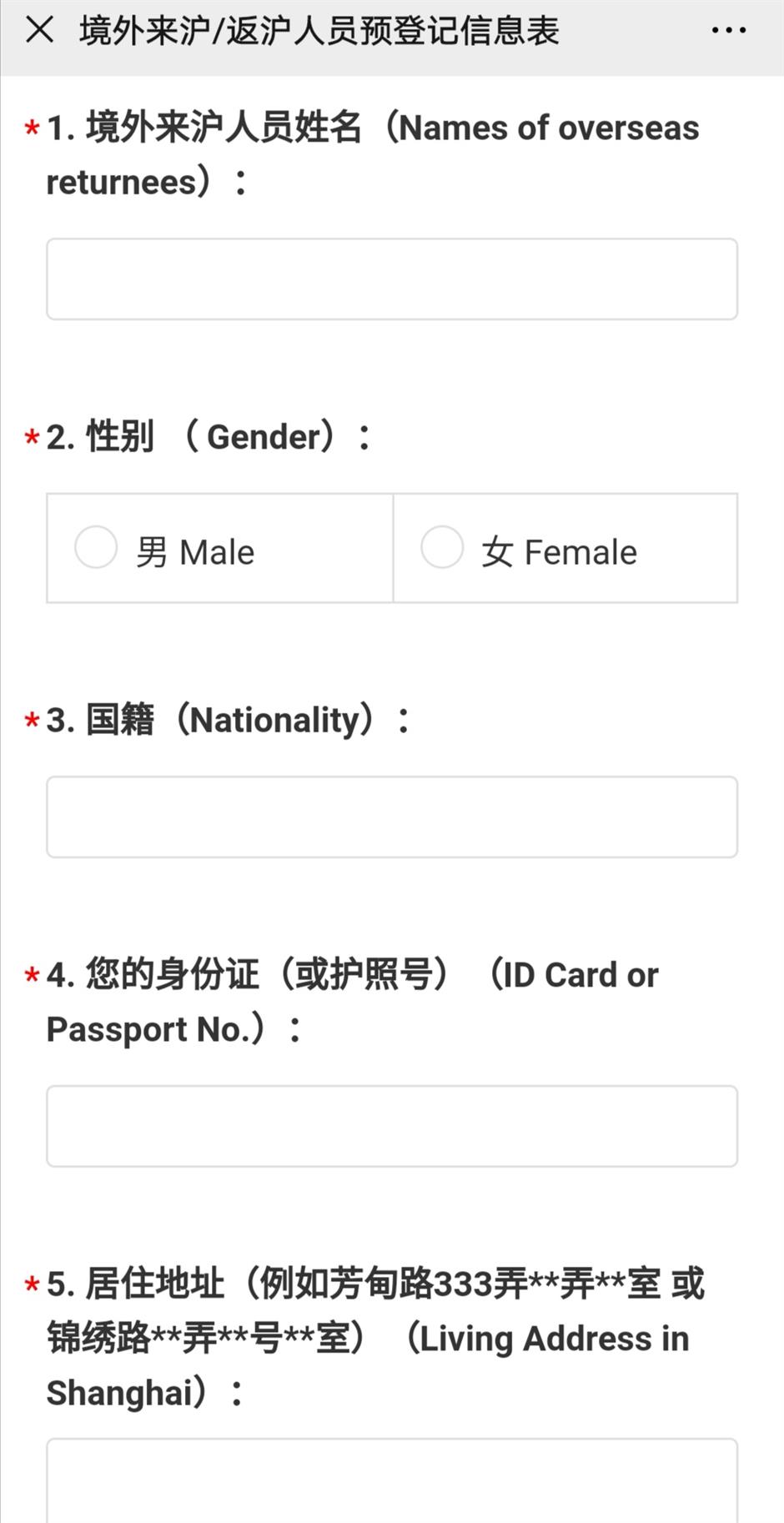 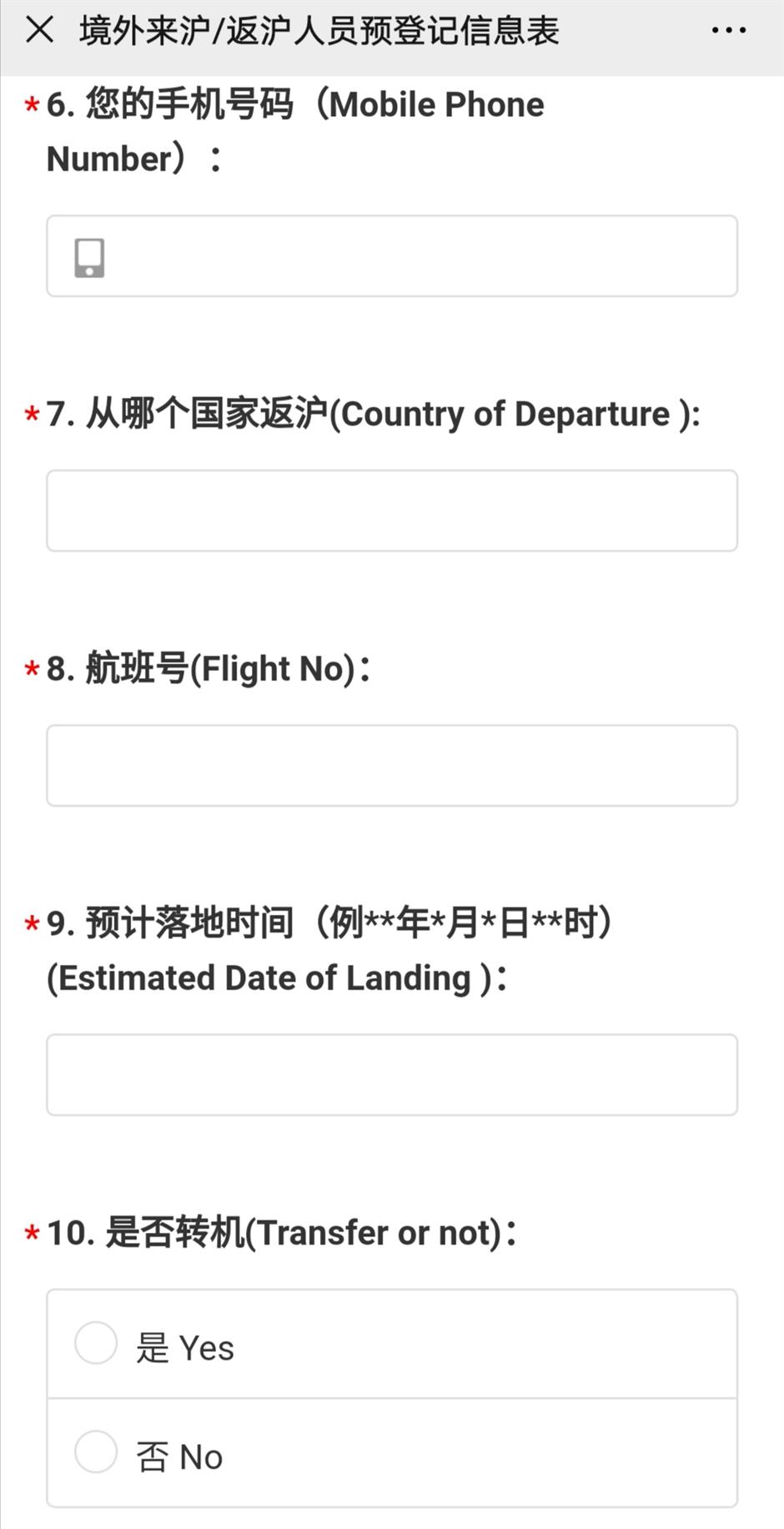 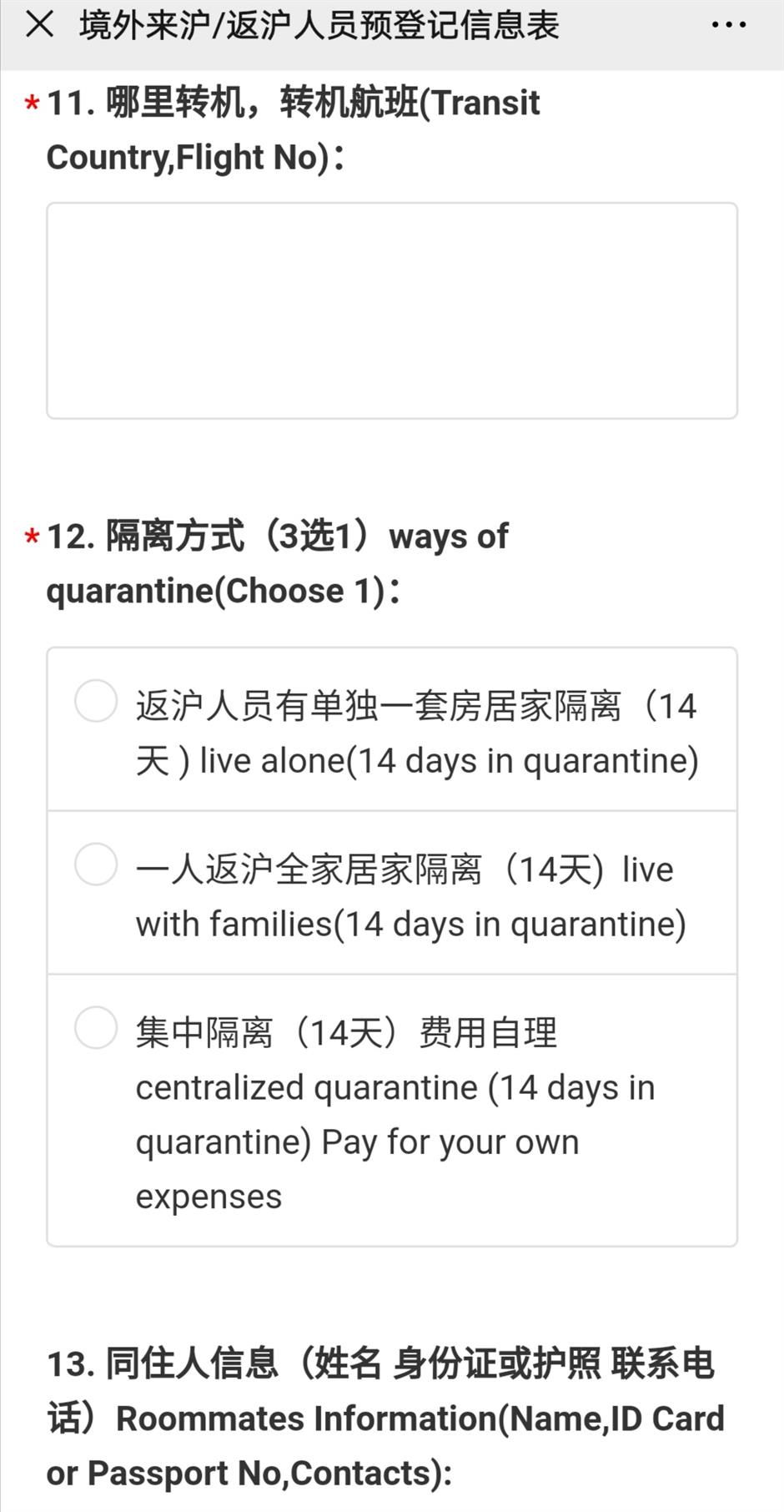 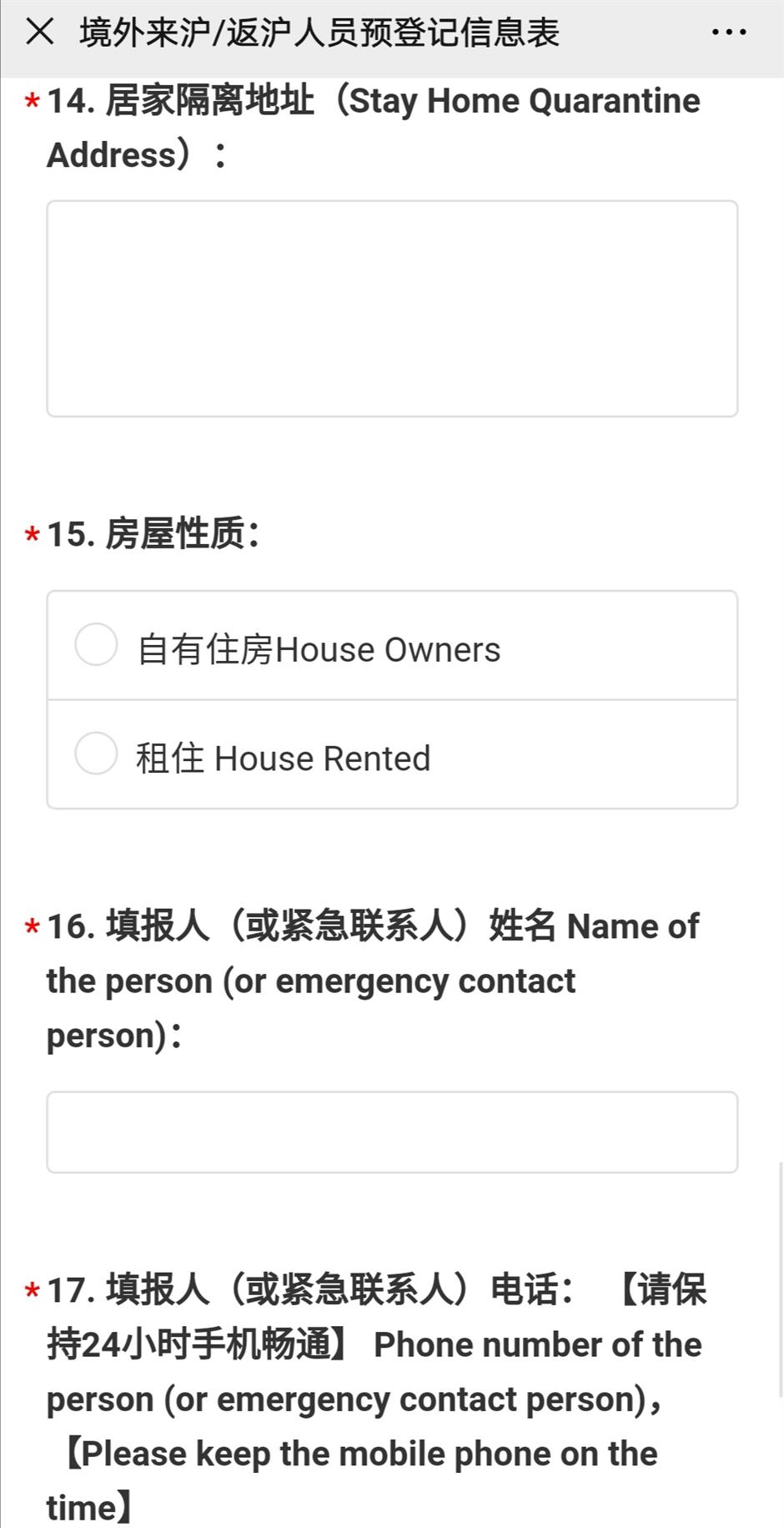