New line to Nantong to be 2 hours quicker 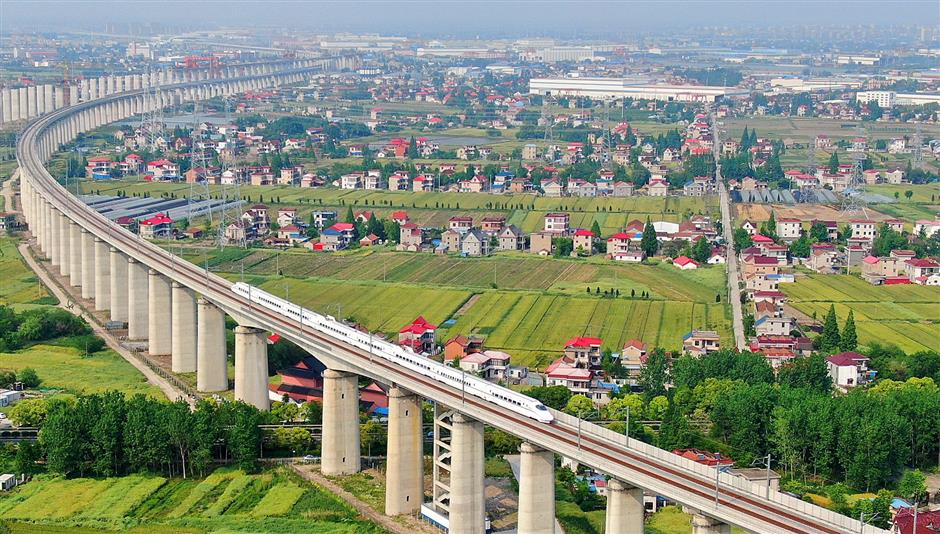 A train pictured on a test run prior to the opening of the first phase of the Shanghai-Suzhou-Nantong railway on July 1. 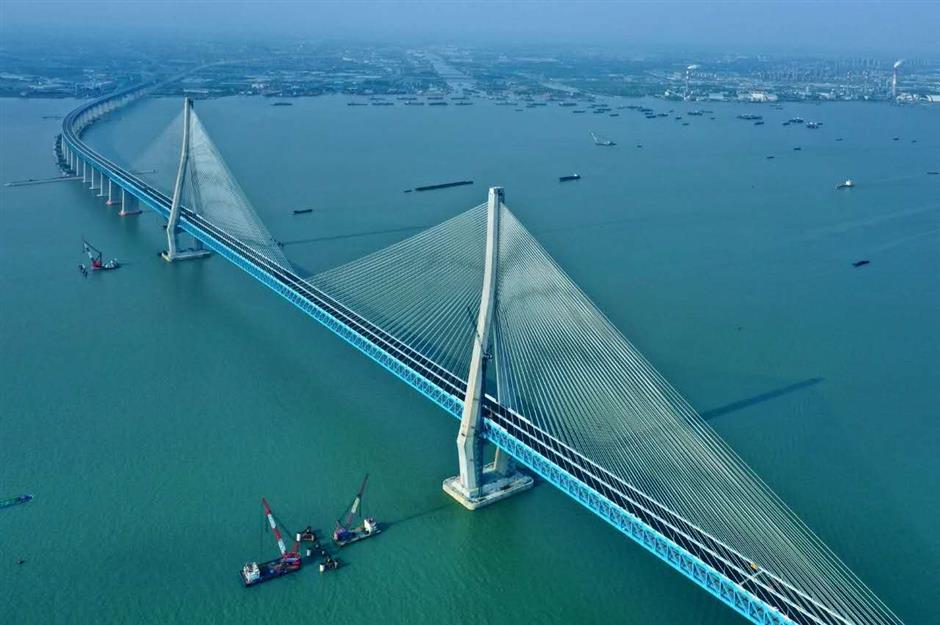 The first phase of the Shanghai-Suzhou-Nantong railway which operates from July 1 will cut the travel time between Shanghai and Nantong in neighboring Jiangsu Province to an hour and six minutes from the current three and a half hours, China Railway Shanghai Group announced on Monday.

The number of trains on the route will be different on working days, weekends and festivals, with up to 44 round trips a day, the group said.

There will be six cargo train round trips a day.

The railway cuts out transfers in Nanjing, thus cutting the travel time between Shanghai and Nantong significantly, the group said.

The first phase of the project is the Zhaodian-Huangdu section, stretching 143 kilometers.

It starts in Nantong and ends in Shanghai's Jiading District. 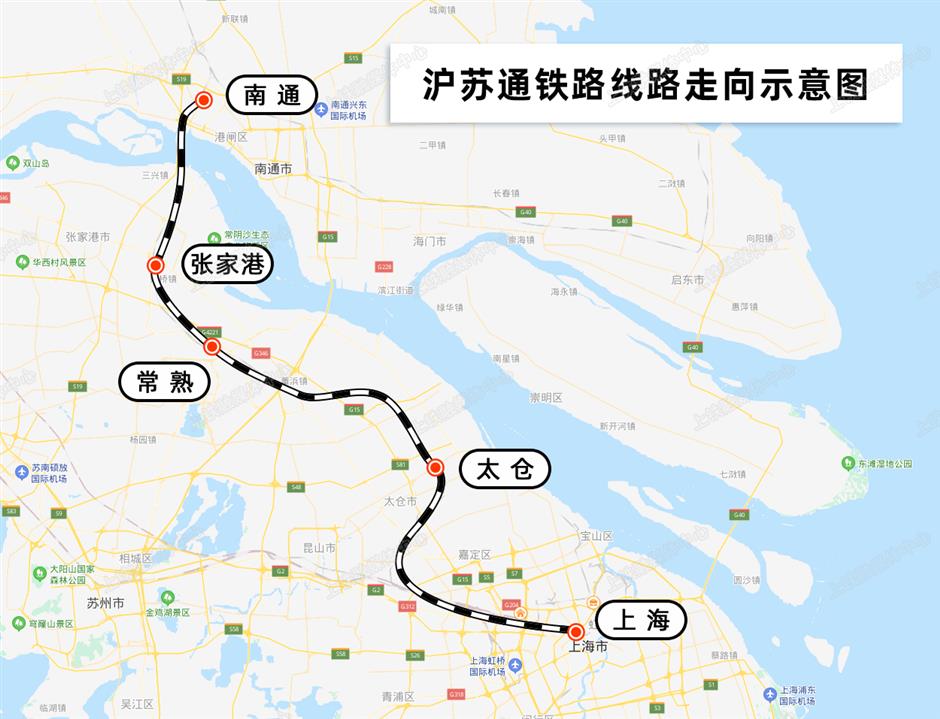 The new railway line from Shanghai's Jiading District to Nantong in Jiangsu Province.