Young mothers have gathered in a flash mob to breastfeed their babies with the aim of promoting breastfeeding and arousing public awareness during World Breastfeeding Week.

A series of activities such as lectures and a photography exhibition will be staged this week to encourage more mothers to breastfeed, said organizers Daaiyousheng Breastfeeding Charity Program and Medela.

Experts from Shanghai Children’s Hospital said breast milk is the best source of nutrition for children, especially premature babies and babies with malnutrition.

The hospital established the city’s first breast milk bank in 2016. So far, it has collected 3.5 million milliliters of donated breast milk from 578 mothers which has helped 1,053 babies.

Breast milk collected from the flash mob was donated by mothers to the bank. 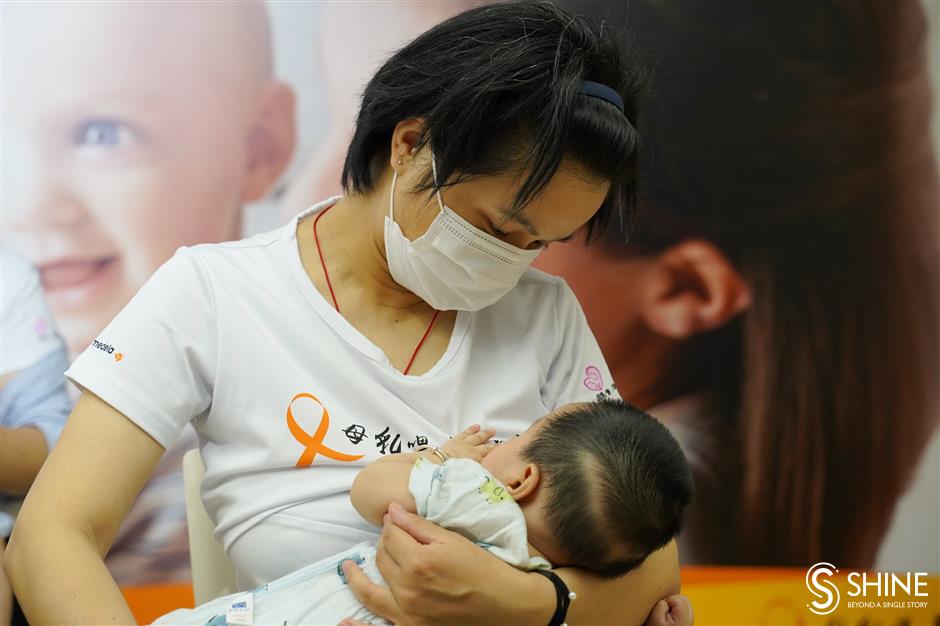 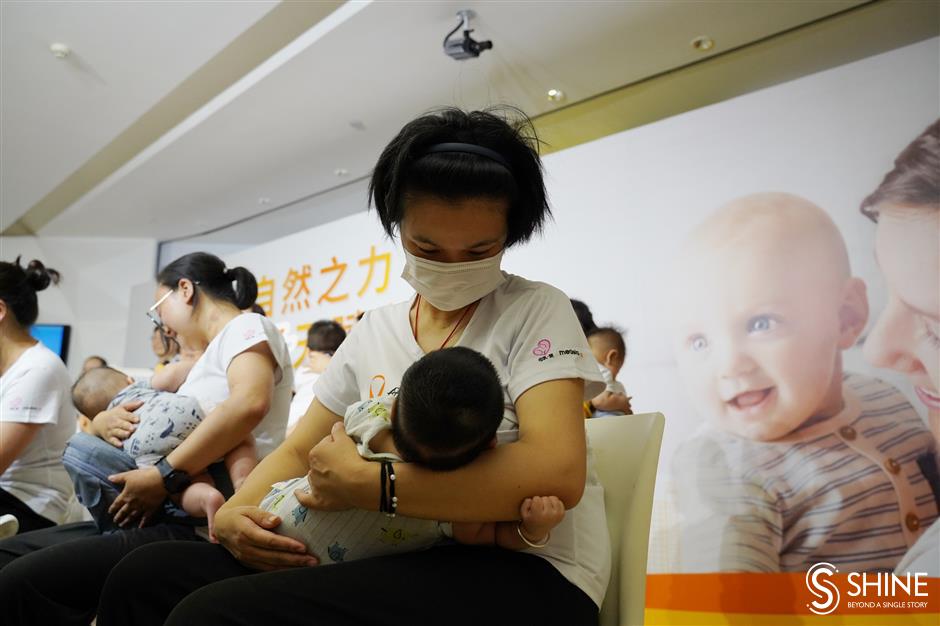 Breast milk is the best source of nutrition for babies, doctors say.