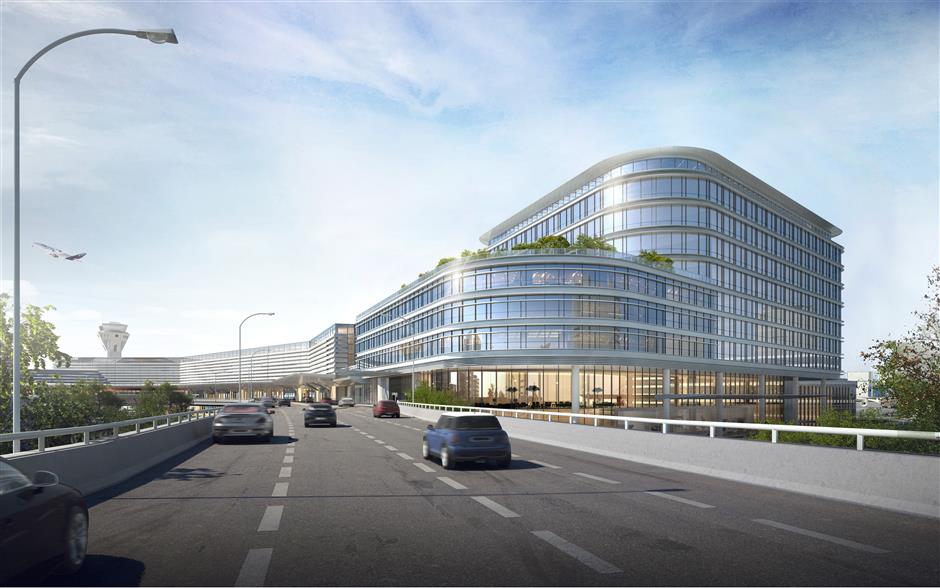 An artistic rendering of the renovated Hongqiao airport.

A new round of renovations was launched at the Hongqiao airport on Wednesday to build an attached structure on the T1 terminal and a new office complex on the airport’s eastern side.

The project aims to develop a commercial hub involving shopping, dining and entertainment along with a business district focused on civil aviation finance and services, the airport authority said.

The operation of the airport won’t be affected by the construction.

The 10-story supplemental building attached to the T1 terminal will cover a total of 46,265 square meters, including two underground levels. It will offer expanded civil aviation services to air travelers.

The other project on the N1 block will have “garden-style office buildings” for the headquarters of multinational companies. The project, covering about 50,000 square meters, will become a key site of the Hongqiao Business District, the authority said. 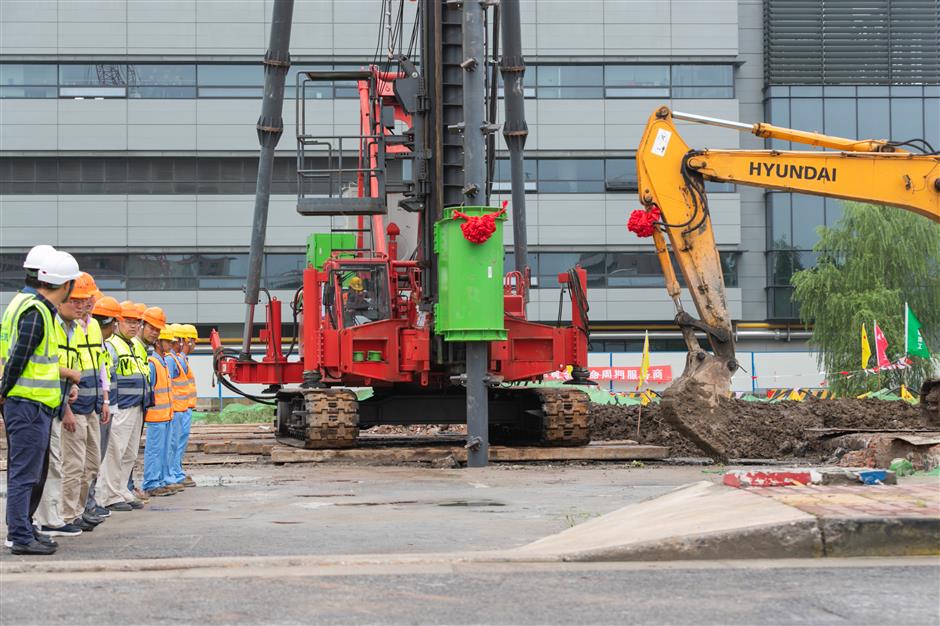 Bulldozers start digging for a renovation project on the eastern side of the Hongqiao airport.

The airport was initially built in 1921 as China’s the first civil aviation airport. It was rebuilt in 1950 and renovated for purely civil operations in 1963.

The airport underwent its biggest makeover in 2014 to renovate the T1 terminal and improve the nearby traffic network. The project was completed in October 2018, providing larger capacity and self-service check-in procedures.

The project launched on Wednesday will further improve services and experience for travelers, an official with the airport authority said. 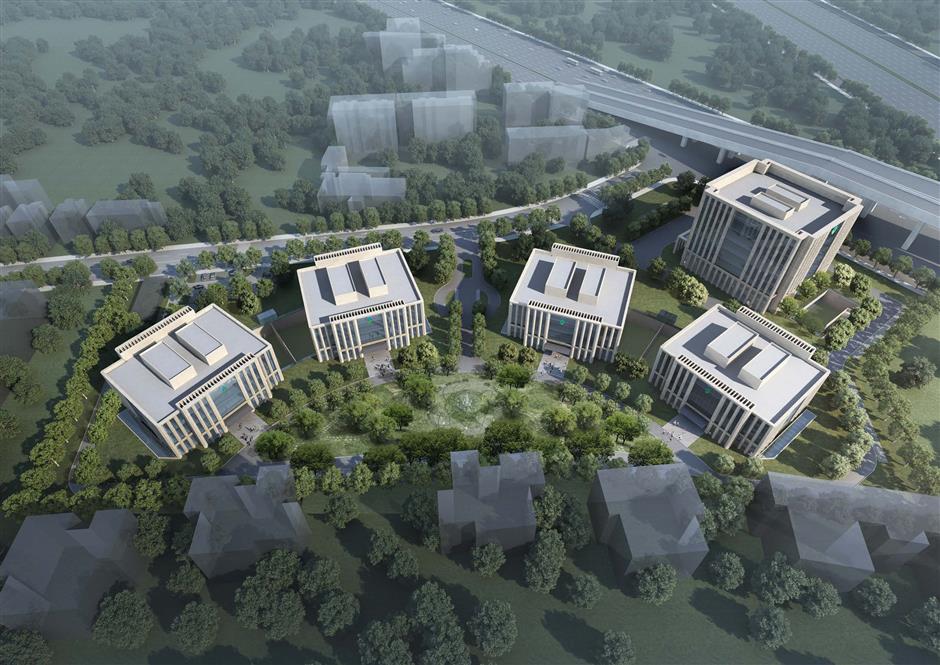 An artistic rendition of the N1 block near the Hongqiao airport, which will contain several office buildings.