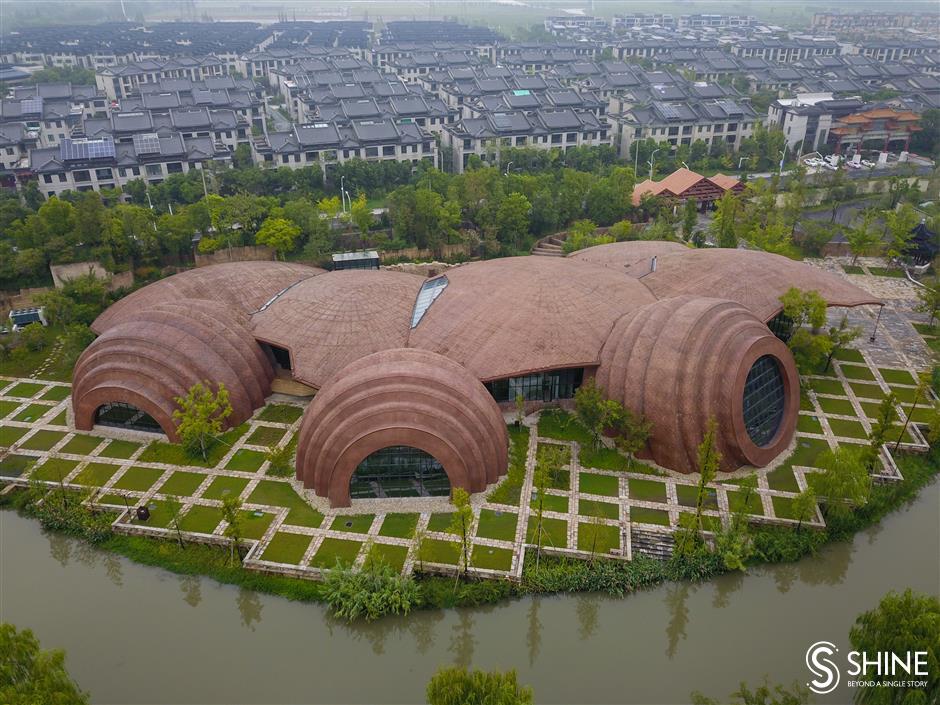 A bird's-eye view of the Guangfulin Archeological Site Exhibition Hall. 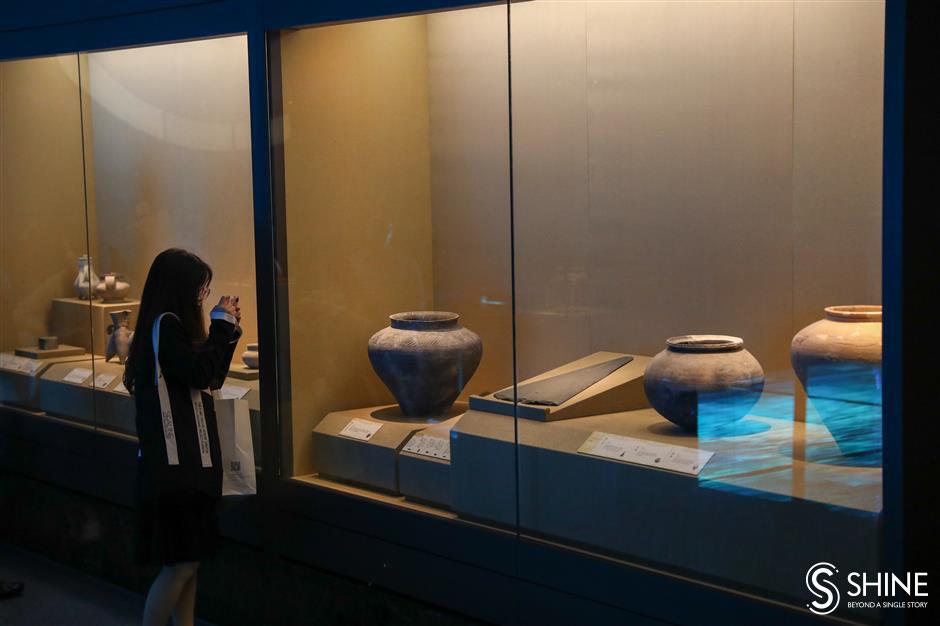 A woman takes a photo of an exhibit at the Guangfulin Archeological Site Exhibition Hall.

The Guangfulin Archaeological Site Exhibition Hall inside Guangfulin Relics Park in Songjiang District will open to the public on September 26, taking visitors on a journey to more than 5,500 years ago and offering a glimpse into the life of their ancestors.

The park was built on the original archeological site, which was discovered in 1959 by local farmers digging a new waterway when they found ancient pottery shards.

In 1961, archeologists began the first systematic excavation of the site, unearthing a large volume of pottery vases, spinning wheels, cooking vessels and dishes, proving the existence of a culture that thrived some 5,500 years ago. Archeologists also unearthed sharpened stone weapons and tools, such as axes, knives, chisels and shovels.

Covering about 12,300 square meters, the exhibition hall displays 159 cultural relics found during the excavations, including three pieces of bronze zun (ritual vessel) typical of the Chu culture, an important influence on Chinese civilization, during the Spring and Autumn Period (770-476 BC).

The hall has four display areas — a main area, the Origin of Civilization, the Light of City and the Pulse of History.

The exhibits include bronze ware, farming and smelting tools, and various living utensils.

“From them, we can have a view into the life and spirit of our ancestors, and the historical and cultural evolution of human beings in the region," said Yang Kun, curator of the Songjiang District Museum. "They take us on a journey through time." 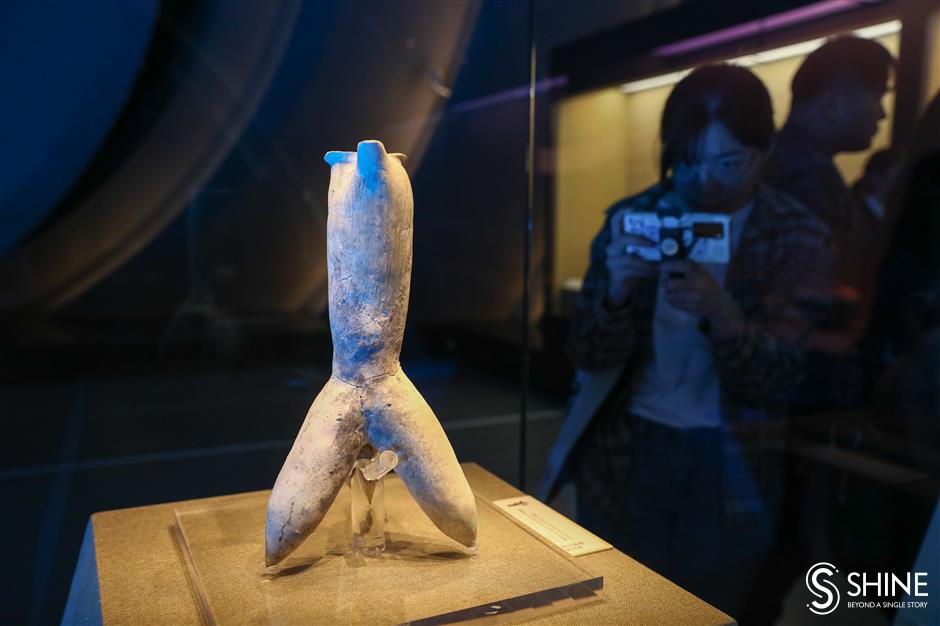 A visitor takes a photograph of an exhibit. 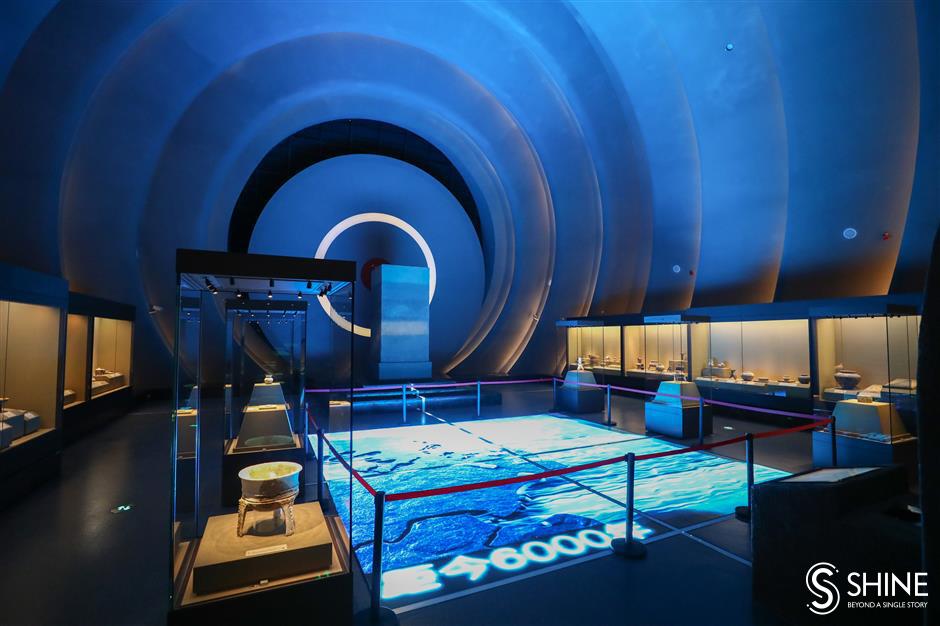 The Guangfulin Archeological Site Exhibition Hall takes visitors on a journey through time. 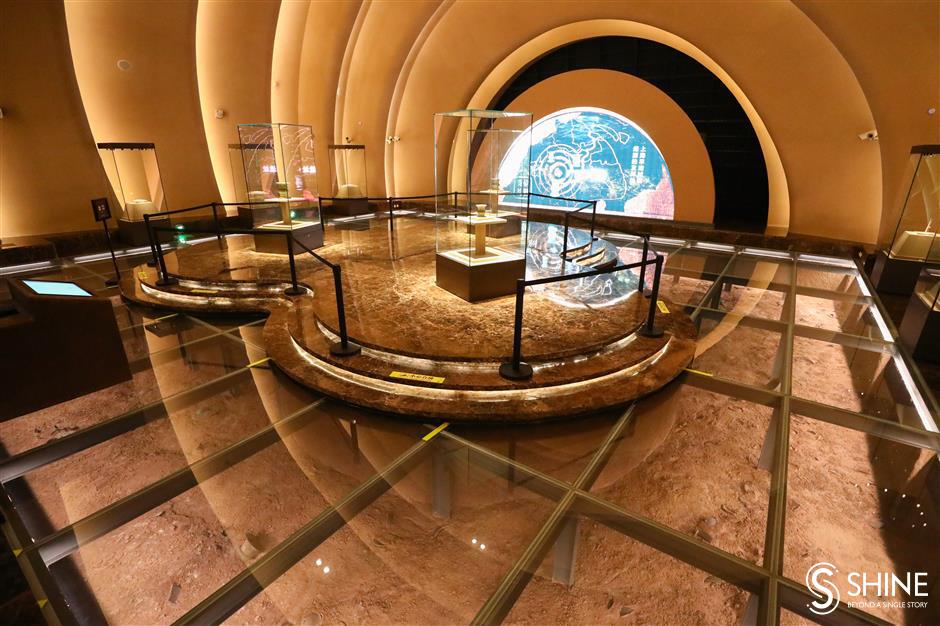 "The area was rich in rivers and ancestors relied on boats as transportation and made a living by fishing and hunting," he said.

The No. 12 Site at the exhibition hall features the remains of a house dating back to about 4,000 years and visitors can see the wall, door and cooking facilities which are well preserved.

"Every exhibit and scene is displayed in the most primitive manner," said Yang.

"For example, from the mould used to make metal ware and wine vessel on display, we can see the rapid development of manufacturing industry and brewing industry at a time," said Yang.

The design of the exhibition hall was inspired by pottery jar half buried in earth during excavation, comprising three jars and five pottery pieces.

The antique items unearthed at the site indicated that the Guangfulin ancestors migrated from the north. They tramped over mountains, waded across rivers and finally settled in the city. To some extent, they were the first migrants of the melting pot of Shanghai. 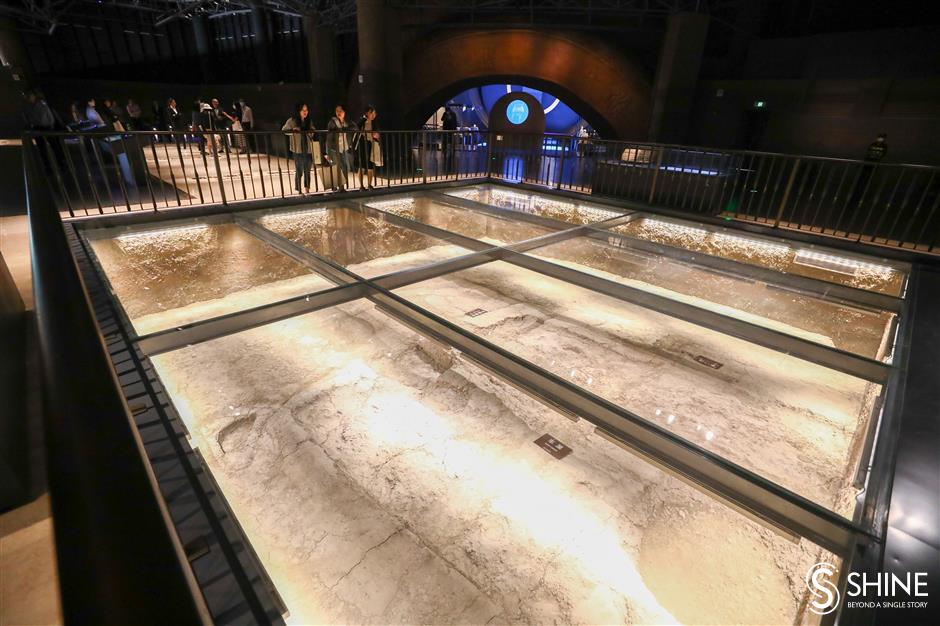