Shanghai’s urban scenery and spirit are being showcased at a major animation fair in Japan over the weekend through the paintings and videos of  famous Chinese cartoonist Lin Dihuan.

Xiaolin Cartoon, a popular animation brand created by Lin, was invited by the Kyoto government on behalf of the Chinese animation sector to take part in the Kyoto International Manga Anime Fair 2020, which started on Saturday.

Themed on “Shanghai, Let’s Meet,” the title of the city’s promotion video for the China International Import Expo, Lin is displaying ink-wash and brush-painting style animated paintings and videos about the landmarks and stories of Shanghai. His works are exhibited along with a 36-square-meter miniature exhibition about Shanghai.

“Fresh changes are happening in the metropolitan city of Shanghai every day, along with the stories of its citizens,” Lin said. “They comprise the city’s unique scenery, ambiance and feeling."

The organizer of the fair required Lin to retain the Chinese calligraphy-style subtitles on each of his pictures to show the original flavor of the works.

In a short video by Lin, many popular cartoon figures he created, such as a grown child, an employee lacking sufficient sleep and a young couple, are combined with Shanghai’s World Expo site, Lujiazui financial hub, National Exhibition and Convention Center and shikumen, or stone-gate neighborhoods, as well as major events such as the international marathon. 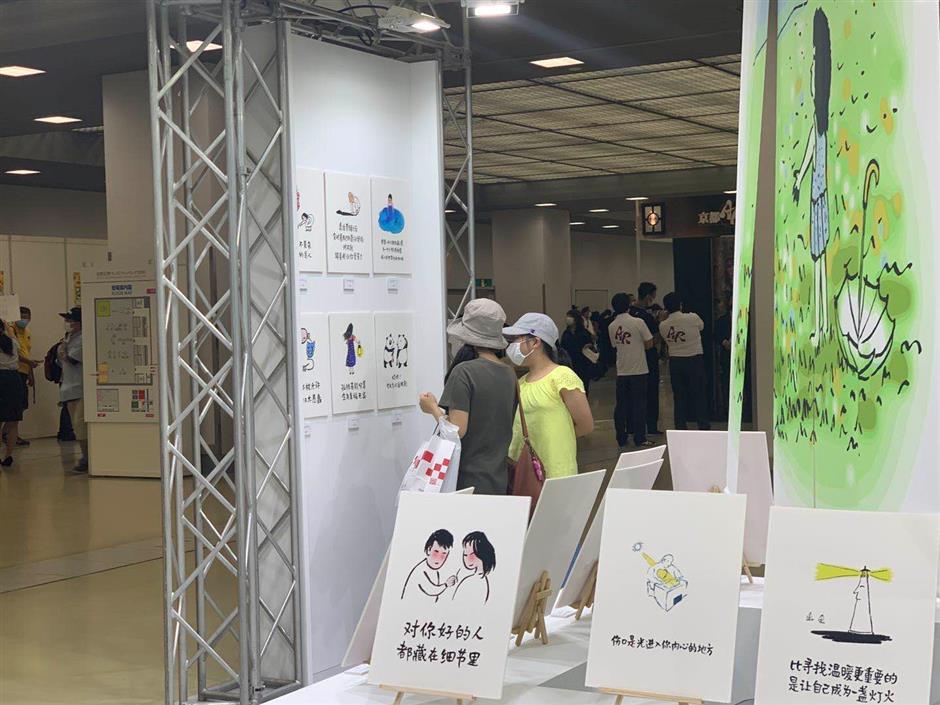 Visitors appreciate Xiaolin Cartoon at an exhibition about Shanghai at the Kyoto International Manga Anime Fair 2020 on Saturday.

Lin, a teacher with Sun Yat-sen University in Guangzhou, has a large number of fans on the Internet thanks to his humorous and stylish cartoon works. He is active on social media with millions of followers.

Since the novel coronavirus outbreak, Lin has drawn a new comic book with dozens of cartoon pictures about people under quarantine. He donated 40,000 copies to hospitals of Wuhan, once the hardest hit region in China, in February to cheer up medical workers and patients.

He has opened a studio in Shanghai named: “Wait for the blossom of a piece of flower.” Lin said he hopes to meet more friends from across the world in Shanghai, especially during the third CIIE between November 5 and 10.

The anime fair has been attracting a large swathe of animation companies and artists from round the world since it was launched in 2012. It has become an international stage for the exchange of popular animation works and cultures.

Due to the COVID-19 pandemic, the fair this year is being held both online and offline. After the end of the fair on Sunday, part of the exhibitions will be moved online. 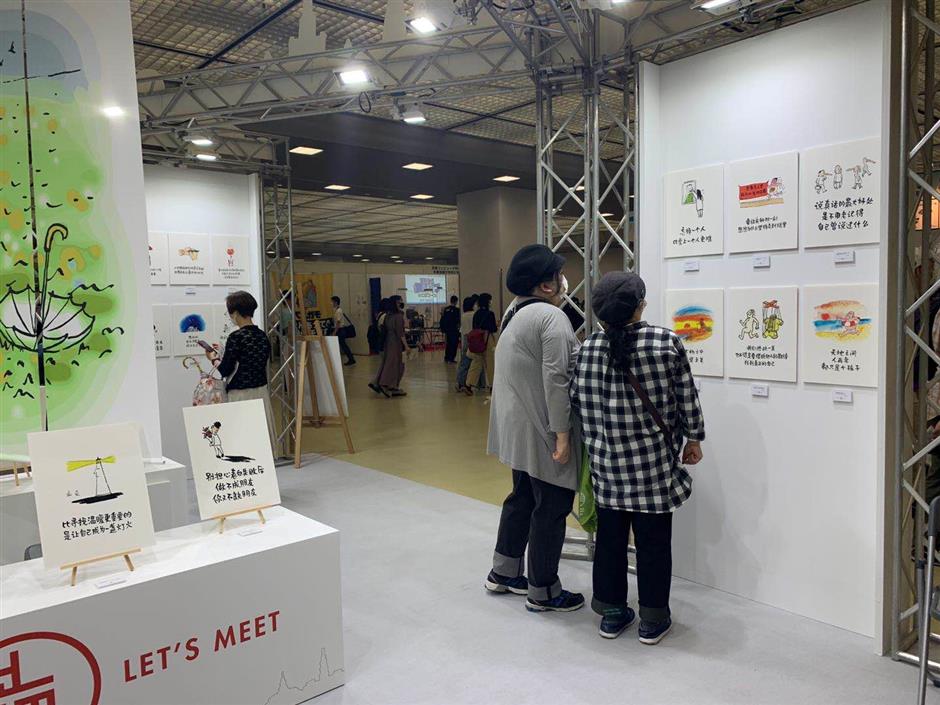 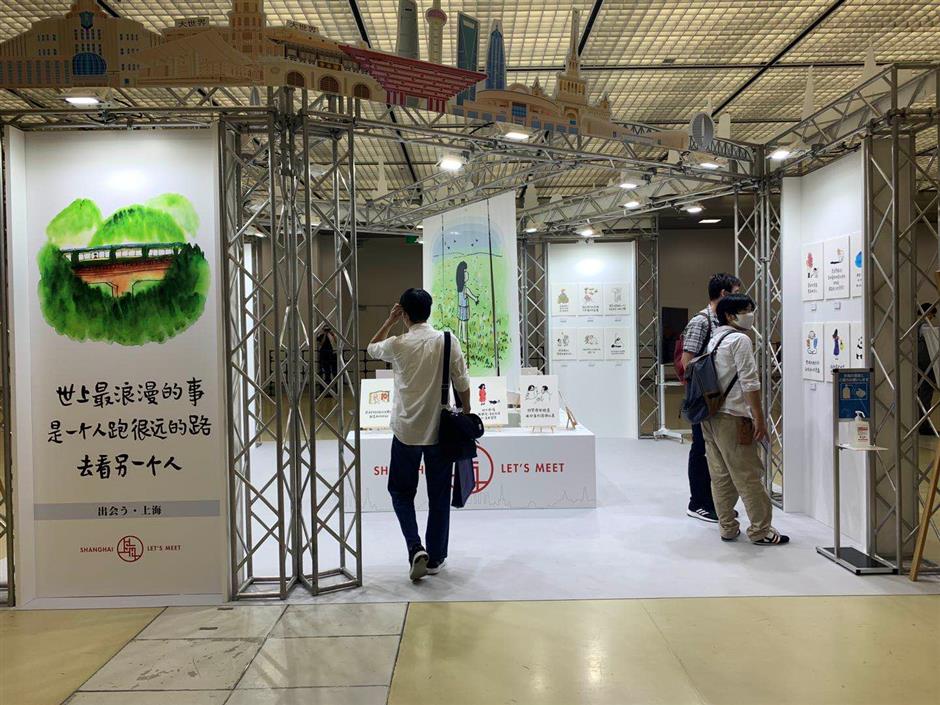 The entrance to the exhibition.