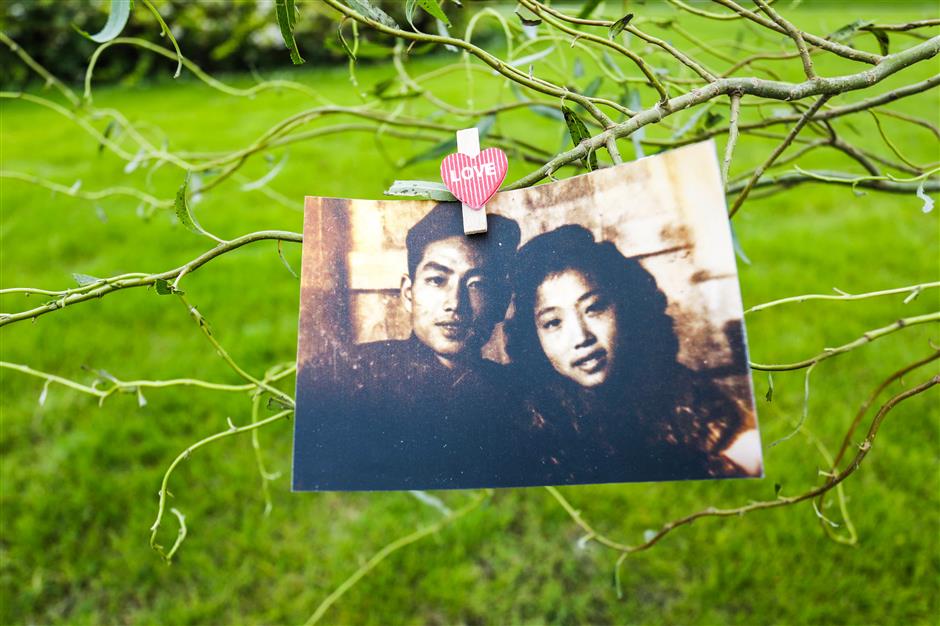 A photo of the couple when they first met. 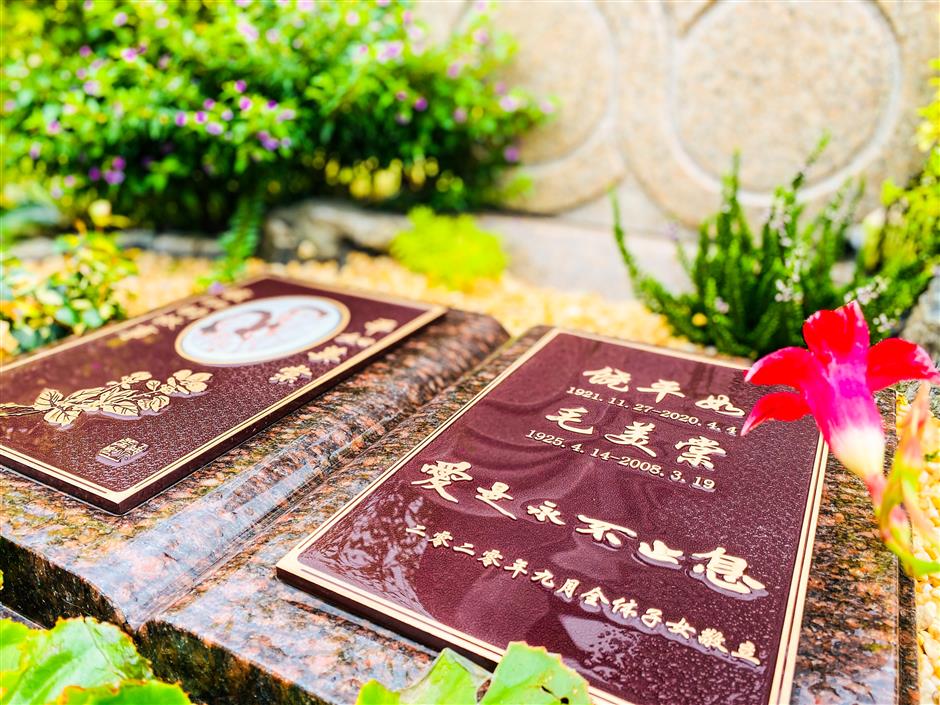 The tombstone is in the shape of an open book.

The heart-touching love of a Chinese couple was made eternal on Saturday at the Shanghai Fushouyuan Cemetery in Qingpu District when their urns were buried together and a sculpture unveiled.

Rao Pingru, author of "Our Story: A Memoir of Life and Love in China," died in Shanghai in April this year. He was 98.

Rao is known to the public for his book, a touching tribute to Mao Meitang, 83, the love of his life.

The couple's 60-year love story began over half a century ago. It was a love-at-first-sight romance. The couple then struggled to survive through both turbulent and peaceful times.

Their years together, full of the bitterness and sweetness, ended in 2008 when Mao died. In his sorrow, Rao began to recollect and write down every moment of their life in the following five years. 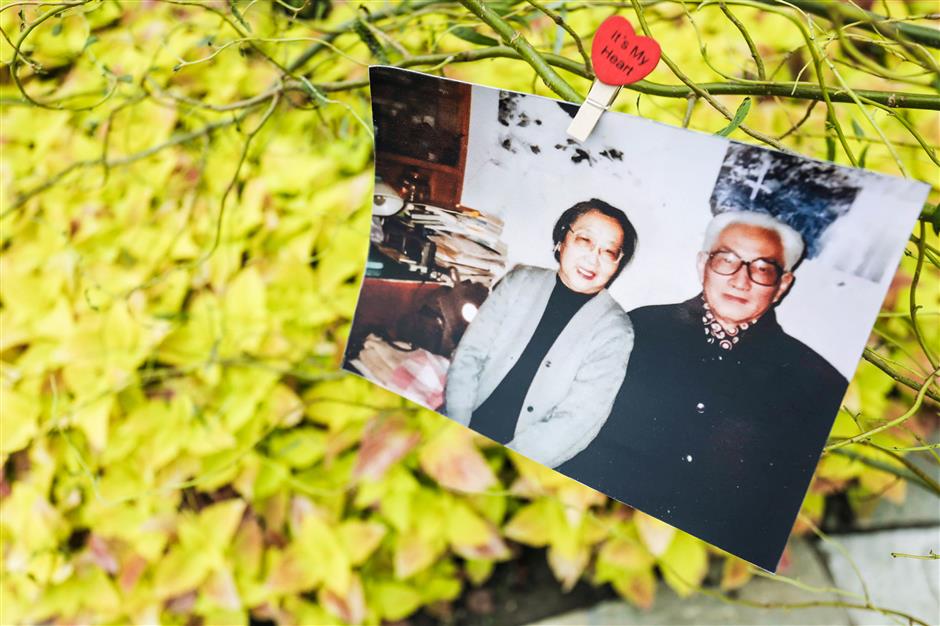 A photo of the couple in old age. 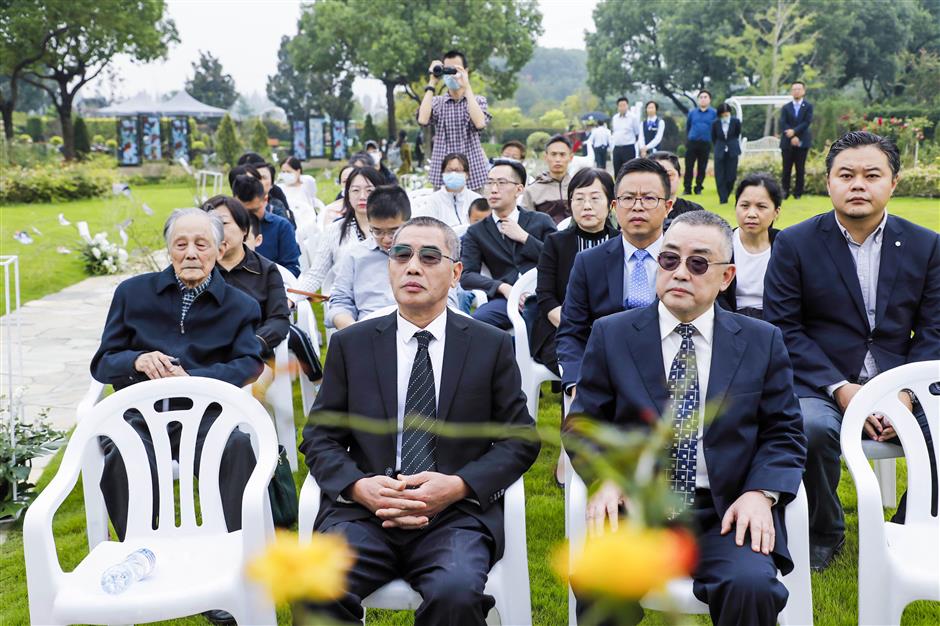 People bid farewell to the couple at Shanghai Fushouyuan Cemetery on Saturday.

The book, with small framed pictures, charts their first meeting to their wedding and children. It has generated a lot of attention and moved readers after being posted online. It has also been translated into English and French.

The couple's relatives and friends bid farewell to Rao and Mao at the cemetery on Saturday.

"Rao expressed the wish of resting together with his beloved wife after death," said Chen Beiqi, assistant to the general manager of the cemetery. “We followed his wish.”

The tomb of the couple is designed in the shape of an open book, lying on grass inside a garden with roses.

It is like the story of the couple to be read by people continuously, said Chen. A photo of the couple when they were young is  on display.

The monument also bears a begonia drawn by Rao, and a maxim written by him - Love is eternal. 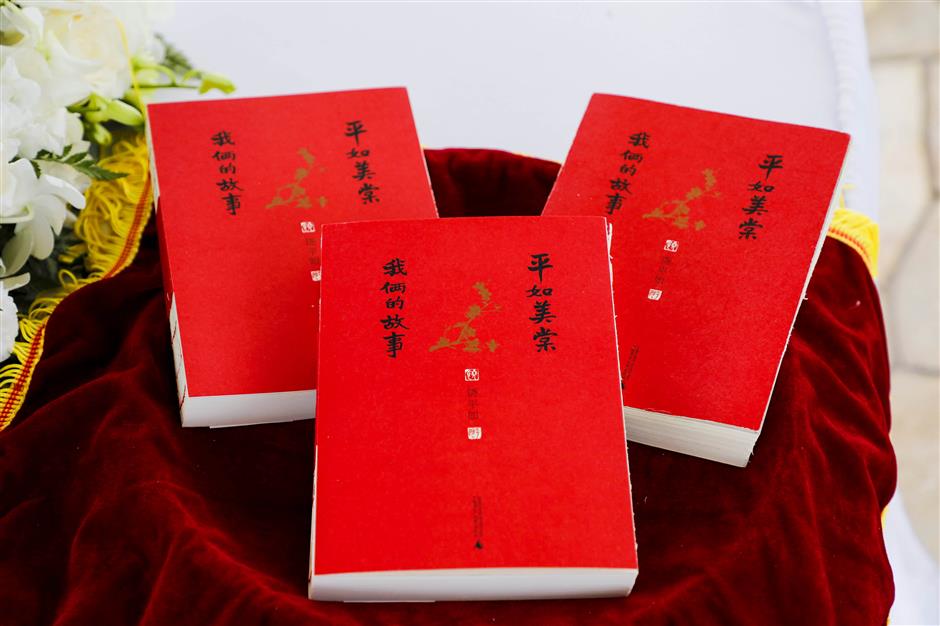 The book "Our Story: A Memoir of Life and Love in China". 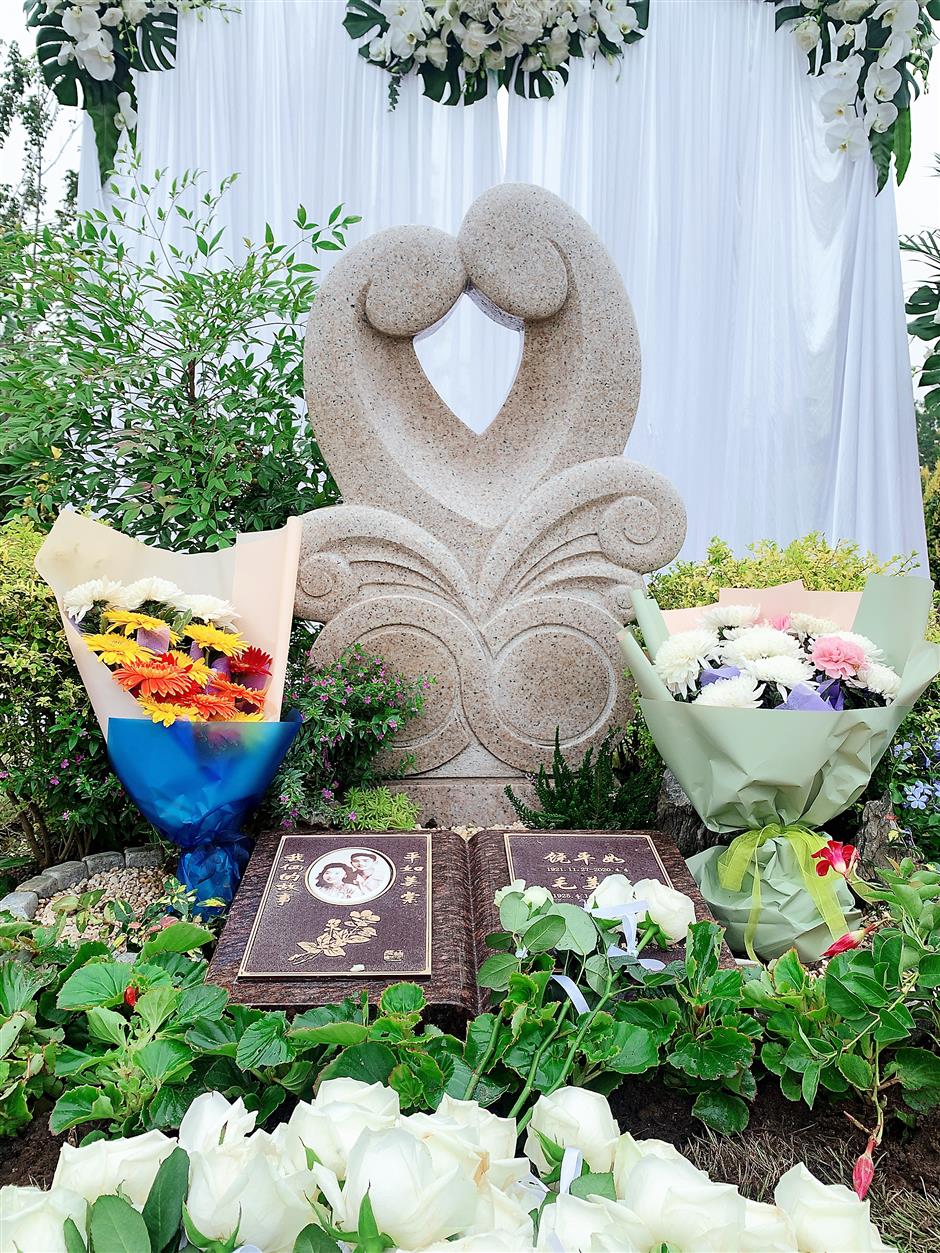 The monument and sculpture pay tribute to the couple's touching love.

Lying behind the monument is a theme sculpture — Boundless Love. It features two people embracing, signifying the couple's life accompanying each other.

The curl line on the sculpture represents a sea wave. The sculpture looks like a flying butterfly, symbolizing their solid love and free spirits.

"The memorial sculpture pays tribute to their love," Chen said.

The cemetery will establish a memorial website for the couple, enabling people to commemorate them online.