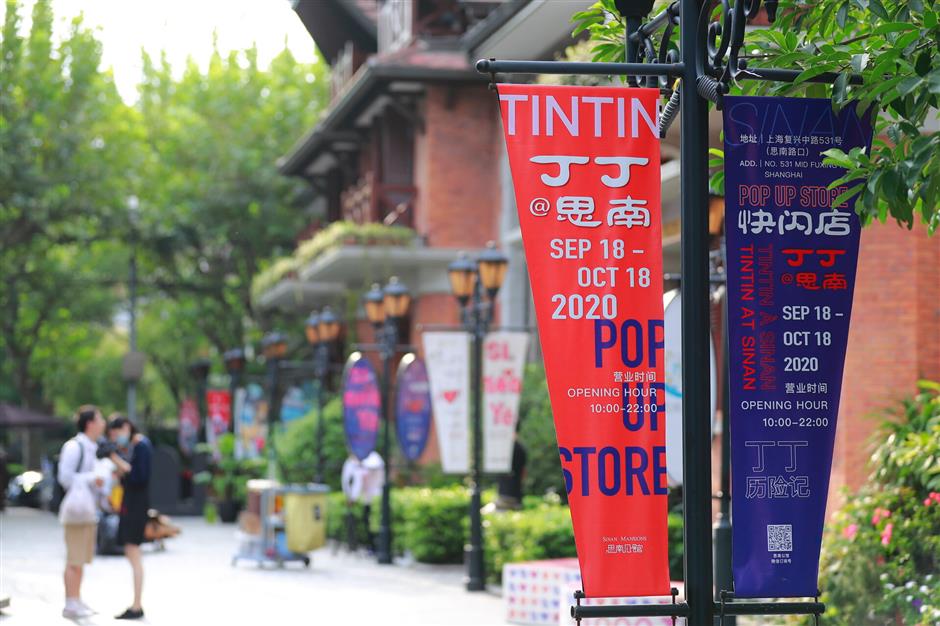 The Tintin @ Sinan pop-up store is launched on Tuesday at Sinan Mansions.

Sinan Mansions will celebrate the 10th anniversary of its opening during the holiday with new exhibitions, art installations and a pop-up store featuring iconic Belgian comic character Tintin.

The mansions, the only wholly preserved historical garden villa complex downtown, also launched its new round of plans to expand and upgrade the space.

According to the blueprint, the complex will be connected to neighboring Fuxing Park, one of the most popular local parks at night, to become an “exemplary district of culture, art, fashion and life.”

The mansions were initially built in 1920, featuring more than 50 historic villas in various styles. Many were former residences of celebrities such as poet Liu Yazi (1887-1958) and Peking Opera master Mei Lanfang (1894-1961). Some have been converted into hotels, cafes, restaurants and shops.

The Tintin @ Sinan pop-up store was launched on Tuesday in a four-story historical villa. It includes a shop that sells Tintin posters and T-shirts, a Tintin-themed reading café and original Tintin comic books in various languages.

The store was designed based on the popular “Blue Lotus” series about Tintin’s adventure in Shanghai. The series, initially published in 1936, introduced Shanghai and its people to European readers for the first time.

In 1934, Belgian cartoonist Georges Remi, known by his pen name Herge and "the father of Tintin," met Zhang Chongren, then a Shanghai architectural student in Belgium, to create the story "The Blue Lotus." 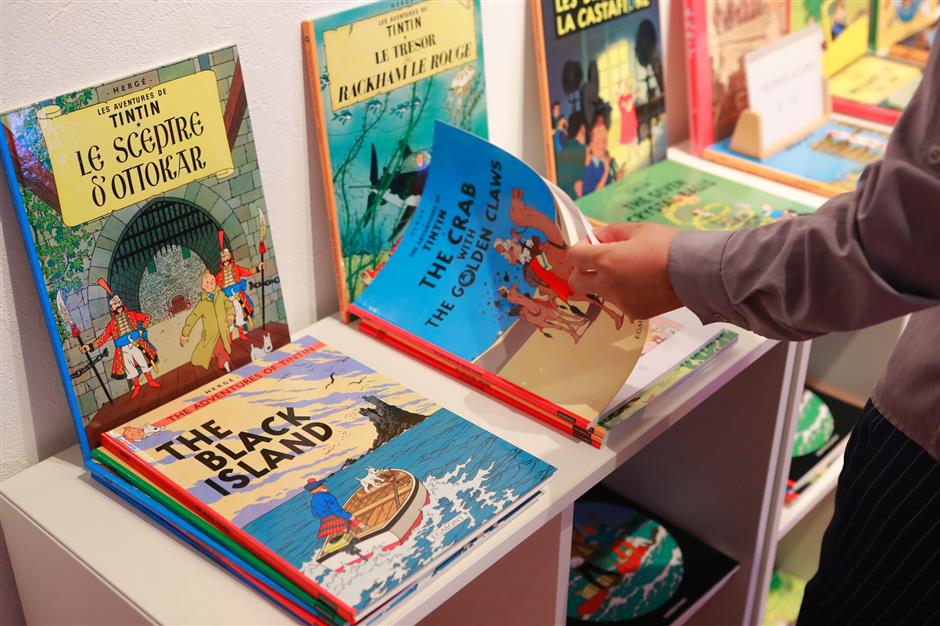 Many original Tintin comic books are on show at a new pop-up store.

Since its official opening in 2010, the landmark site in Huangpu District has hosted over 2,700 cultural and art events. Popular brands include the Sinan Book Club, Sound of da Corner, Modern Sinan Age, the StArt Festival, the Sinan Open Air Museum and the newly launched Sinan Yé Night Party. It has become one of the most popular public cultural spaces downtown.

“The public’s ability to easily and closely enjoy a distinguished and elegant environment of culture and art in Sinan Mansions is an important reason for Sinan’s tremendous reputation,” said Dai Jinliang, Party secretary and chairman of Shanghai Yongye Enterprise (Group) Co, operator of the mansions.

The 10-year celebration includes a StArt Festival show between October 4 and 6 during the National Day and Mid-Autumn Festival holiday.

From Thursday to Saturday, international gourmet vendors from World Street Food will be invited to the mansions. They will share delicacies with visitors from street stalls or food trucks.

Sinan Literary Salon will reopen on Saturday after a minor renovation.

The Sinan Open Air Museum, unveiled in 2016 in a narrow corridor in the mansions, will present a special “Ten Years of Sinan” exhibition from Thursday, while a public art installation named "Encounter" will be exhibited through the end of October.

To mark the beginning of the celebrations, the Sinan Literary Salon will reopen to the public on Saturday after a minor renovation.

The brand-new salon in a historical villa has been decorated with the nostalgic home-like style of the city. A once popular decoration in local homes, the green dado in the living room and green wallpaper have been restored, said Tu Ting, a local designer in charge of the facelift.

Since the salon was launched in 2014, over 1,200 scholars and writers have been invited to give lectures or share ideas with audiences. Nearly 50,000 people have taken part in activities in the salon.

A Sinan Book Club Special Event: Architecture Stories of Shanghai will be held on Saturday afternoon to mark the return of the popular cultural event.

The literary salon building has been redecorated in the traditional home style of Shanghai residents. 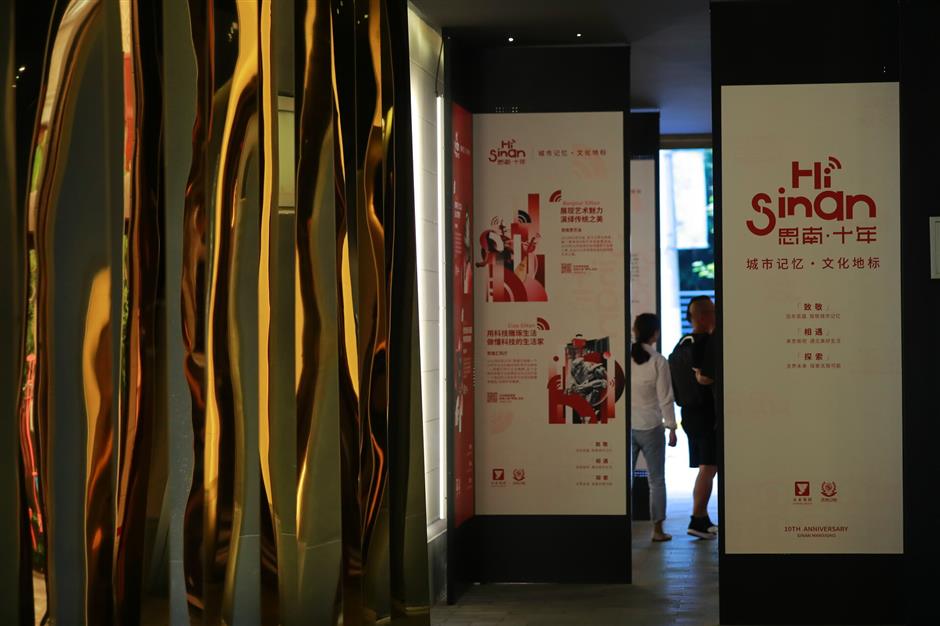 The Sinan Open Air Museum will present a special “Ten Years of Sinan” exhibition from Thursday.