Hall of the Sun will shine from next year 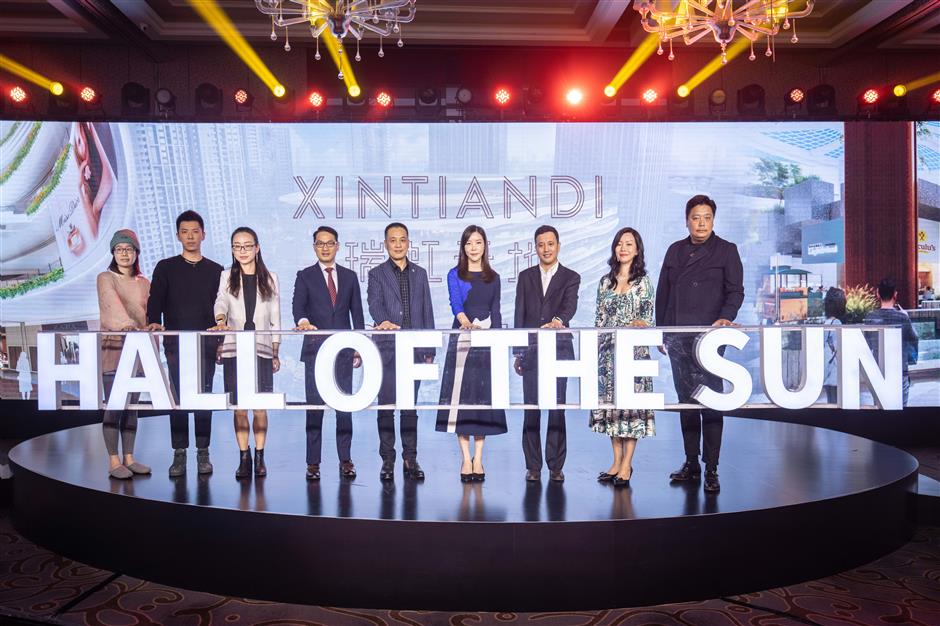 Officials unveil the Hall of the Sun project on Thursday.

The Hall of the Sun, one of Shanghai's biggest commercial complexes, will open near the North Bund waterfront in Hongkou District next year and feature a giant dome, terraces, aquatic park and IMAX cinema.

The Shui On Land project will become a landmark in the city's future Central Activity Zone along the Huangpu River.

The project will connect with the Hall of the Moon, which has already opened in Ruihong Tiandi, to become a new “urban life icon” covering a total of 250,000 square meters in the city’s north downtown.

It will mainly serve the large number of residents in the Ruihong Xincheng community, one of the largest urban renewal projects within the city’s Inner Ring Road. The area around Hongzhen Old Street area, once the largest remaining slum in Shanghai, is now an upmarket community.

“After over two decades of development, the North Bund and its surrounding areas require a major comprehensive commercial project to cap the demand for upmarket living, business and consumption,” said Chen Fangyong, director of the Urban Upcycling Institute.

According to Shanghai’s masterplan, the North Bund is expected to become a key activity zone on a par with the Bund and Lujiazui. 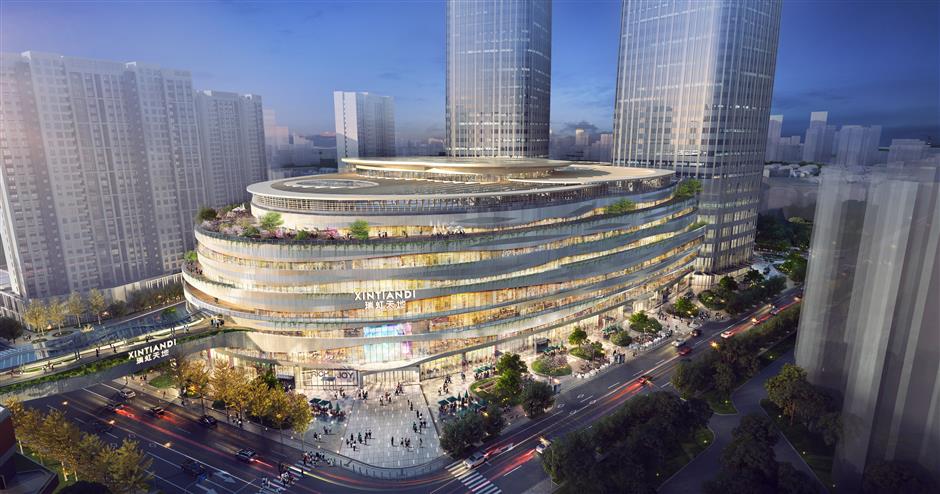 The proposed Hall of the Sun will be one of Shanghai's largest commercial complexes.

The complex will feature outdoor terraces covering some 4,000 square meters with multi-level greenery. Its dome will cover 5,500 square meters in the shape of three lotus leaves and will be the largest sky dome among all local shopping centers.

Over 150 species of shrubs and trees will cover the project indoors and outdoors, along with waterways, waterfall and skywalks.

Brand-new business models will be unveiled in the project apart from shopping and dining. Muji’s meal solution supermarket will open its first store on the Chinese mainland within the hall.

China’s first aquatic park within a shopping mall, the Hall of the Sun Aqua Park, will also be launched. It will be operated by Sumida Aquarium and Kyoto Aquarium along with Chinese teams.

The project will also include a three-story IMAX cinema which will host premieres for blockbusters from both home and abroad.

Foodie Social, a food court blending Chinese and western flavors, will feature on the fifth and seventh stories. A Foodie Mini Village will include wine cellars, kitchens and gardens to show diners the organic food supply chain.

Other high-tech applications based on 5G communication technology will offer new shopping experiences. 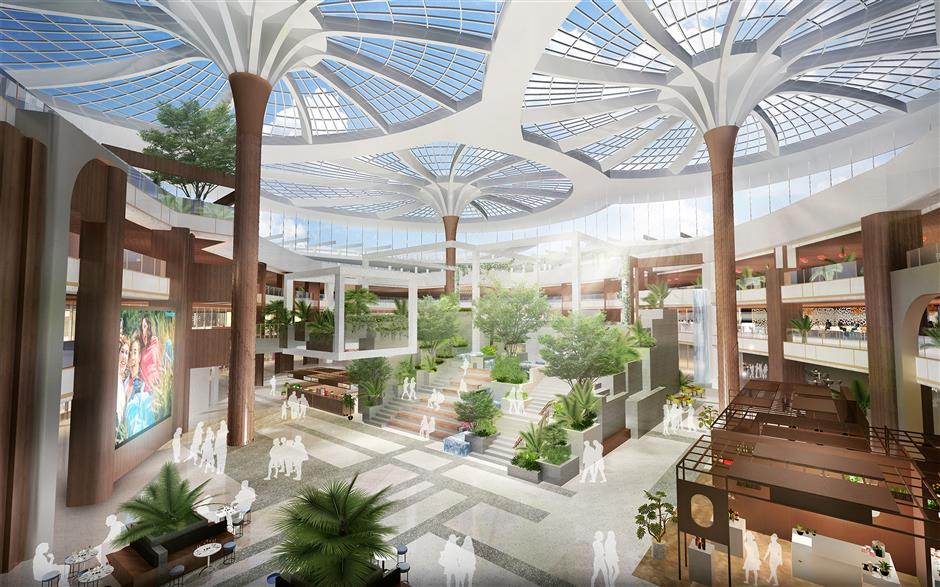 An artist's rendition of the giant dome of the Hall of the Sun. 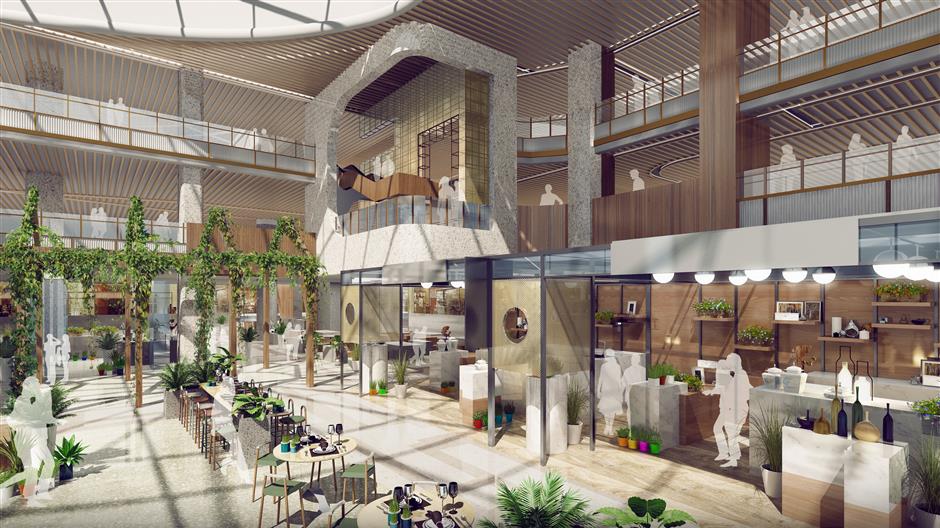 An artist's depiction of the Hall of the Sun, one of Shanghai's biggest commercial complexes, in Hongkou.